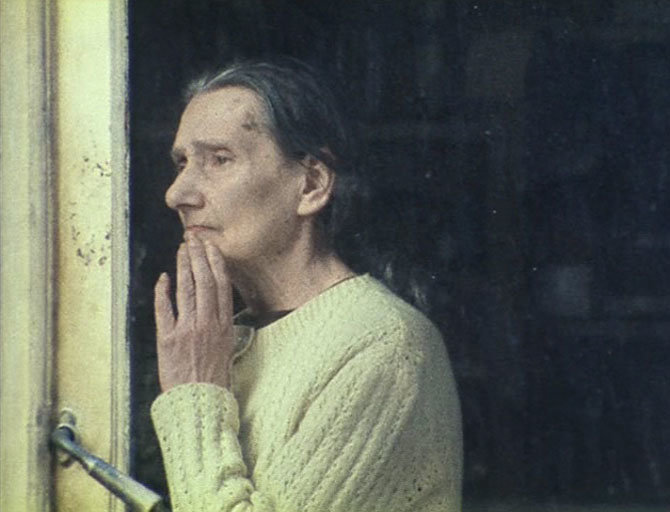 "In a career that began nearly 60 years ago, Agnès Varda has shown an extraordinary gift for capturing the theatricality of the mundane, particularly in her documentaries," writes Melissa Anderson in the Voice. "Daguerréotypes, filmed in 1975 but only now receiving a New York run, affectionately chronicles the shopkeepers within 50 yards of her home, at 88 rue Daguerre in Paris's 14th arrondissement."

"Daguerréotypes has a cute pun for a title," notes Jesse Cataldo in Slant, "and the results at first seem predictably twee: little portraits of shopkeepers at work, ensconced in charming, specialized stores along a quiet street, their foibles tagged and collected. But like many of Varda's similarly themed explorations, the results are more than they initially seem, casual anthropology with a strongly humanist bent, resulting in a film that's fueled more by compassion than curiosity. It's this compassion that elevates the film, assuring that Varda's storybook portraiture never feels pat or manipulative, even as she turns these individuals into diorama figures in what becomes an inquiry on the place of the ordinary individual: in life, in the community, even in cinema."

"Big themes surface periodically, presenting themselves for our contemplation before ducking back beneath the surface," writes Elise Nakhnikian for the L. "But Varda never lectures us on theory or underlines the significance of any particular moment. Instead, she and her editors (Andrée Choty and Gordon Swire) round up telling details and play with visual parallels to create another of the deeply personal, casually poetic, yet playful documentaries that may be Varda's most natural form."

Daguerréotypes is screening in many countries here on MUBI but also with Varda and Raymond Zanchi's 20-minute Elsa la Rose (1965) at the Maysles Cinema in New York through Sunday.﻿

Update, 12/16: "Watching Daguerréotypes now is an exercise in time-travel, as what was framed as mundane-but-lovely in 1976 now seems downright exotic," writes Noel Murray at the AV Club. "It isn't just the fashions that date this documentary, or the subjects' shared experiences of the European turmoil of the mid-20th-century. It's also their work itself, which is like a relic of some ancient civilization."﻿