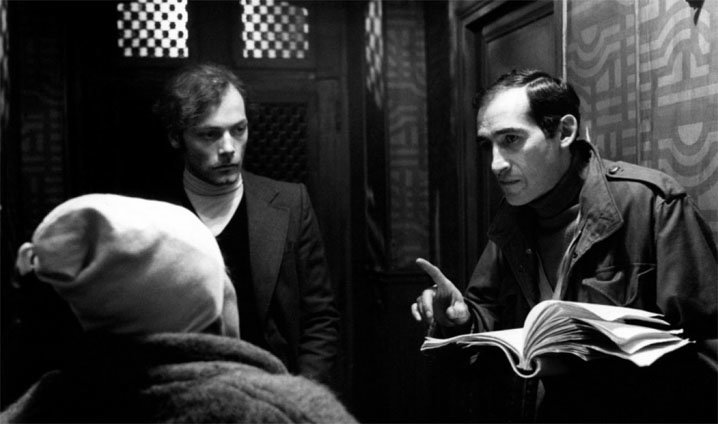 Le Monde and other French news outlets are reporting that Alain Corneau has succumbed to cancer at the age of 67. Just last week, Jordan Mintzer reviewed Corneau's latest, Crime d'amour (Love Crime), for Variety, calling it a "taut, sinister psycho-procedural." Starring Kristin Scott Thomas and Ludivine Sagnier and having just opened in theaters in France, the film is set to screen in a couple of weeks at the Toronto International Film Festival.

Updates, 8/31: "Mr Corneau's movies included science fiction, police thrillers, a look at office politics in Japan and a mood piece about ancient India," writes Douglas Martin in the New York Times, "but his big success was Tous les Matins, which took its title from a sentence in the novel by the same name by Pascal Quignard. That sentence, reflecting the mystical fatalism of a main character, is sometimes translated as 'Every morning on Earth is irrevocable.'... 'Many people got emotional about this film, and that made it possible for it to escape cult status,' Mr Corneau said of the movie's broad success, speaking in an interview with The New York Times in 1992."

Ronald Bergan in the Guardian: "Série noire (1979), based on Jim Thompson's novel A Hell of a Woman, but moved from LA to a dreary Paris suburb, was Corneau's best noir, in which his influences, including Jean-Pierre Melville, had become more absorbed into his own style. The low-key film has since gathered an additional shadow because its two young leads, Patrick Dewaere and Marie Trintignant both died in their 30s. (Corneau was the partner of Marie's mother, the director Nadine Trintignant.) Choice of Arms (1981), a perfectly paced, atmospheric gangster movie à la française, had a trio of great French stars — Montand, Depardieu and Catherine Deneuve."

Update, 9/1: Fear and Trembling is now viewable in the US.

Image: Corneau directs Patrick Dewaere in Série noire (1979). For news and tips throughout the day every day, follow The Daily Notebook on Twitter and/or the RSS feed.