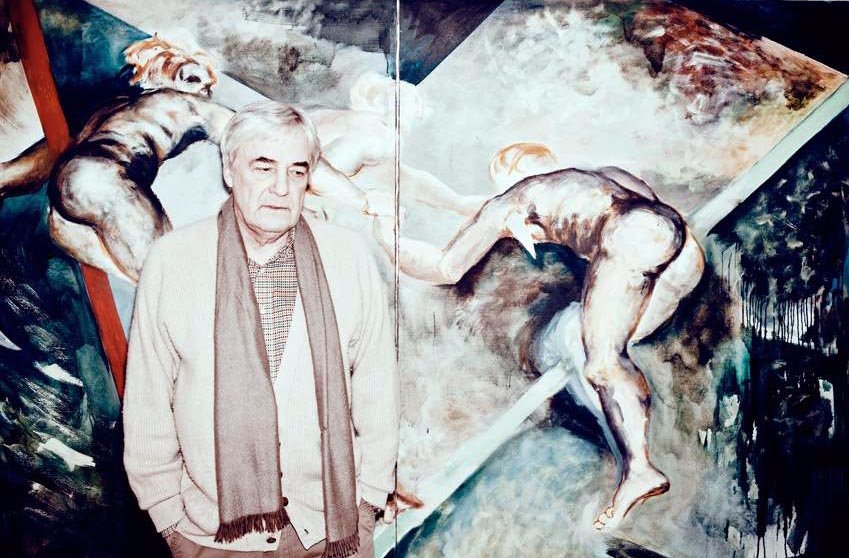 Andrzej Żuławski does not like the title of the first retrospective of his work in the US. Hysterical Excess: Discovering Andrzej Żuławski opens tommorrow and runs through March 20 at New York's BAMcinématek. At the top of his piece for the New York Times, J Hoberman allows the director to explain his objection and then suggests himself that the "word to best describe the Żuławski﻿ oeuvre might be 'awful' in its root sense of inspiring dread. Exuding charm and urbanity on the phone, Mr Żuławski﻿ is nonetheless an auteur to be approached with trepidation. His movies are seldom more than a step from some flaming abyss, with his actors (and audience) trembling on the edge. Typically shot with a frenzied, often subjective moving camera in saturated colors that have the over-bright feel of a chemically induced hallucination, these can be hard to watch and harder to forget."

BAM's presenting all 12 features as well as the US debuts of two that Żuławski﻿ made for Polish television early in his career, Pavoncello and The Song of Triumphant Love (both 1967). Possession (1981) ran for a week at Film Forum back December, so we've got a roundup on that one. And while I've mentioned it before, don't miss Troy Swain's preview of the series in the Brooklyn Rail, drawn as if it were a page ripped from a graphic novel.

At House Next Door, Michał Oleszczyk has begun posting reviews: "Andrzej Żuławski's debut feature, released to a nationwide response of shock and awe in early 1972, seemed like an ominous comet zapping through the gray sky of Polish cinema. Based on the WWII experiences of its director's father, beefed up with a hearty dose of apocalyptic visions, and sprinkled all over with casual hysteria, The Third Part of the Night was something new under the sun and moon alike." 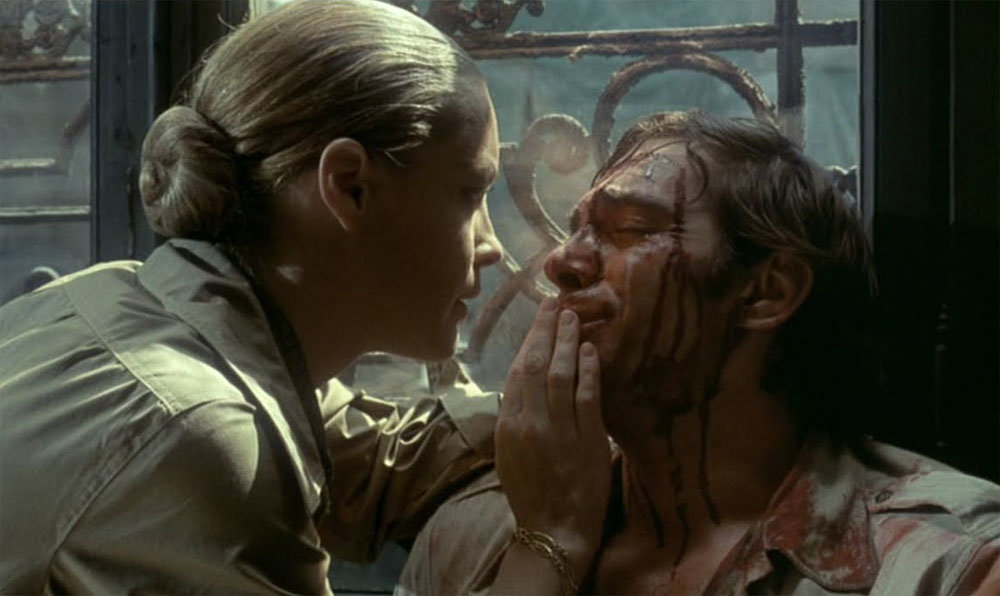 And on That Most Important Thing: Love (1975): "Loosely adapted from Christopher Frank's plot-heavy bestseller La Nuit Américaine, Andrzej Żuławski's first movie made in exile is a meditation on the preposterousness of being a couple, as well as on the impossibility of not becoming one. In that, it plays like an unwittingly perfect companion piece to Nicolas Roeg's 1980 masterpiece Bad Timing. The story of a déclassé Parisian actress named Nadine Chevalier (Romy Schneider) — reluctantly slumming in tawdry exploitation flicks — whose fate suddenly changes as she becomes a subject of manifold interest for a hip porn picture snatcher, Servais Mont (Fabio Testi), is all about death of one couple and a slow emergence of another."﻿

Meantime, in most countries of the world (sadly, not all; again, we do what we can), you can watch Żuławski's Fidelity (2000), featuring Sophie Marceau, right here on MUBI﻿.

What have you been up to for the past ten years, since you shot La Fidélité in 2001?

I don't know! So many things have been of interest to me that I can't answer you frankly. It was ten years after I finished film school before I made my first feature film. And bizarrely, there is a correspondence. There is a parallel between ten years then and now. Ten years doing what? Trying to grow into something which resembles a man, a destiny. I don't want to use these big words… I don't know!

As Santino points out in a comment below, Cinefamily is bringing "The Unbelievable Genius of Andrzej Żuławski" to Los Angeles throughout March. "To call Żuławski's style operatic would be misleading," writes Mike D'Angelo in an overview for the LA Weekly, "as that term implies a certain degree of refinement; between the camera, which hurtles breakneck through scenes as if hotly pursued, and the actors, who rarely speak a line of dialogue if it can be shrieked, the overall effect comes closer to emotional Grand Guignol…. If you like your cinema cranked up to 11, Zulawski is definitely your man."

"Żuławski's relation to gayness and femininity can be difficult to gauge and can be seen as either bold or retrograde," writes Dan Callahan in an overview at Alt Screen. "Most of his films feature crypto-gay male characters, yet they are almost always involved with or married to women, like Pascal Greggory's rich giggler in Żuławski's last film to date, La fidélité (2000). In The Devil [1972], Jakub is unexpectedly kissed by a male friend, and Jakub taunts the friend afterward, as if he has found out a dirty secret; toward the end of the film, Jakub is nearly raped by a lascivious actor-manager who soon gets dispatched with that ever-ready straight razor." And as for That Most Important Thing: "Wouldn't Kinski's self-proclaimed 'well-bred homosexual' want to drown his sorrows with two boys instead [of two women]? Why does he sleep with two women, and why is he in tears after getting out of bed with them? The audio commentary with Żuławski for the boutique DVD of this film is frustratingly un-illuminating about these questions and many others the film raises."

At the House Next Door, Michał Oleszczyk picks up where he left off, posting capsule reviews of the entire oeuvre, beginning with five films on Monday. My Nights Are More Beautiful Than Your Days (1989): "Żuławski's is a vision of a total irreconcilability of sexes and classes—as galvanizing as it is sad and stifling." Possession, of course, "is the ultimate bad-breakup flick." Boris Godounov (1989) "was first embraced and then cursed by the legendary Mstislav Rostropovich, who — after having conducted the full score — not only inscribed his ire into the opening disclaimer, but also did much to prevent the movie's wide availability (he actually sued Żuławski for 'the violation of the Russian soul,' which he then failed to define in court)." Then: "Frédéric Chopin's music was once described as being capable of embracing tidal waves of sadness and joy at the same time, and the same can be said of Andrzej Żuławski's sorta Chopin biopic, 1991's Blue Note, which focuses on the composer's 1846 country holiday, during which he has to deal with his flailing health, his strained relationship with the famed writer and feminist George Sand, as well as her daughter Solange's budding erotic interests." And: "Compared to the secretion-oozing nuttiness of Possession, Fidelity is a work of almost touching delicacy and quiet desperation. In hindsight, it can be seen as Żuławski's letter of farewell to Marceau; the couple broke up soon after making of the film, thus ending a relationship of more than 15 years and inadvertently delivering a melancholy coda to their final shared work itself." 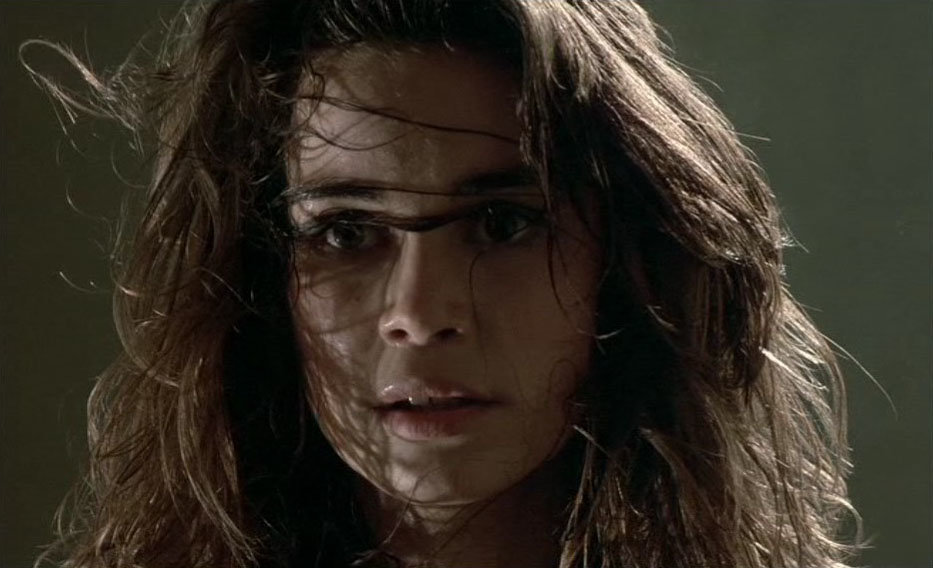 On Tuesday: "A pair of TV-produced half-hour shorts from 1967, Pavoncello and The Song of the Triumphant Love, originally shot in color but now only presented in black and white, represent the first independent directing work of Andrzej Żuławski's career after serving as Andrzej Wajda's assistant on Samson, The Ashes, and the omnibus Love at Twenty's segment. Eerie, unabashedly romantic, ripe with masterful camera movements that still make film students take notes to this day, these two miniatures remain surprisingly fresh…. The Devil, the 1972 film that got Andrzej Żuławski kicked out of Poland, remains one of his fiercest, if least accessible, reveries." Then there's the pair of loose adaptations of Dostoyevsky, The Public Woman (1984; image above), "a story of an actress playing in a film adaptation of Dostoyevsky and being consumed by two on-set relationships: one with the movie's Svengali-like director, the other with a poor and radical Czech immigrant terrorist," and Mad Love (1985), "steeped in neon-lit, disco-fueled energy that yielded the director's most hyperkinetic work to date." See, too, Alt Screen's roundup. Then: "1996's The Shaman is a voodoo-fueled riff on Last Tango in Paris, featuring a severe case of l'amour fou played out in the middle of the newly capitalist Poland, gaudy and moldy in equal measure."

On Wednesday, Michał addressed On the Silver Globe: "Started in 1976 as an epic adaptation of a turn-of-a-century philosophical sci-fi trilogy by the director's great uncle, the production was then abruptly stopped by the communist ministry of culture in 1977. Officially too expensive to continue, the movie was in fact too politically incorrect to handle. It wasn't till 1987 that Andrzej Żuławski was allowed to tinker with the incomplete footage and assemble it into what it currently is: 'a stump of a movie,' per his off-screen opening remark."

Updates, 3/12: "Żuławski﻿﻿'s work teems with the inventiveness of a highly cultured man," writes the Ferroni Brigade, introducing its interview here in the Notebook.

For Filmmaker, Farihah Zaman offers a guide to five films: "They're insane, overwrought, extravagant and shatter the ideas of society that govern our world, yet you'll never want to escape despite the ceaseless anxiety and terror."

"His best movies are about toxic intimacy, about a person's world shrunken to the dimensions of their loss," writes Frank Thurston for Bomb.

And Alt Screen presents a roundup on The Devil.﻿

Update, 3/14: Carlos J Segura surveys the highlights of the series for Cinespect.﻿