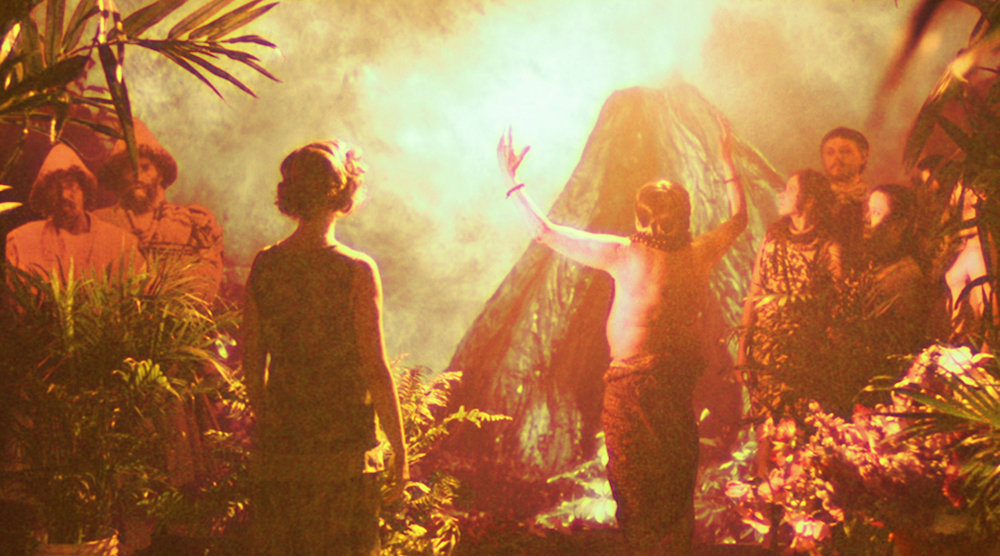 I absolutely find that my ideas develop as I'm writing rather than before. In fact, this is what inspired me to start writing about film over ten years ago: in the moment, spoken out loud, I still haven't fully processed my thoughts and feelings. Or, perhaps more precisely, I can't find the words until I'm writing. What I fear—in fact I know—is that despite being able to write better than I speak about film, I think even the writings, the words, don't quite capture the thought or sensation. It stands for something close, but not quite.

With that in mind, there's no better film to begin the festival with, no more evocative way to inaugurate 11 days of movies than with The Forbidden Room. Canadian director Guy Maddin and co-director Evan Johnson have made a feverish collage of false extracts from old movies, a half forgotten, groggily recalled, dreamily regained experience of cinematic potential. Originating, I believe, from Maddin and Johnson's Seances project, these self-described fragments are more like truncated (or over-extended) skits riffing from the conventions, memories and suggestions of Maddin's most beloved of periods in film history, the end of silence and beginning of sound: the queasy, delirious, awkward, voluptuous late 1920s and early 30s.

The skits, some starring recognizable actors as grotesques (Udo Kier and Mathieu Amalric) or as Golden Era gods and goddesses (Maria de Medeiros﻿ as a woman "born to be a widow," Roy Dupuis as a brawny "sapling jack") and equally populated with unknown faces and strange voices, are riotously funny, filled as they are with the oddest of verbiage (two men are described as "eye-keen of aim" and "long of earshot") and indescribably off-kilter line-readings. These are decidedly not ideal films dreamed by a cinephile but rather are the distorted vision of an impassioned and perhaps obsessive film-goer of 1930 falling asleep in a cinema and dreaming surreal extensions of the flat psychology and flagrantly artificial sets of the era. (The film's bookends of an enrobed elderly swinger explaining the methodology and pleasure of taking baths in scenes which look like early 70s pornography suggest something more televisual, like a late-night drug infused fantasia watching a local station's re-runs of the totally unknown.)

The 130 minutes of whimsy and pseudo-decayed fragments are structured somewhat obviously as dreams-within-stories-within-dreams (hilariously but arbitrarily: one tale is the dream of a volcano, another is located inside a broken pelvis). As abortive and manic melodramas of doctors, tropical isles, humid nightclubs and snowy forests pile atop one another, the film resembles one of its (several) amnesiac characters, such as the lady whose qualities kept being both forgotten and added to throughout her winding and foggy microscopic noir-horror: first she's an amnesiac, then flowergirl then singer.

The opening credits, featuring a cavalcade of old fashioned style movie title cards, the dense and textured sound design, and the heavily manipulated, deeply scarred and jumpy image texture lacquered in early two-strip Technicolor, hand-tinting, and other era-specific mimicry, make the film a vivid aesthetic pleasure. Yet it is as fervid as it is flaccid, close-ups and furious montage piqued and telling, but just as often over-extended and untelling, The Forbidden Room feels at once inexhaustible and completely exhausting: paradoxically, it's a rapid-fire and constantly refreshing slog.

Still, the film's utterly unique and anti-nostalgic silliness, an extrapolation of some of the stilted datedness of the era's films and the giddiness produced by such purple splendor of bygone aesthetics, goes a long way. (What it does not do is excuse the irksome gender politics of so many dopey-lost-unconscious women being pawed over and/or intently pursued.) Recalling Mathieu Amalric's pronunciation of "Chihuahua," the surprising appearance of a Chinese vampire (!), or the preparations and farewell the ghost of Udo Kier takes for his family has me in stitches just thinking of it.

For me, above all, besides for the wonderful, zany humor, what I liked best is that the film is not some fevered regurgitation of cinema's past but that it in fact suggests and indeed takes the form of an alternate history of the film: it poses a detour around 1927 that movies—American, Soviet, German, French and more—almost traveled down but never did. And like all movies that are successfully created around the idea of possibilities—be they the work of Alain Resnais or Raúl Ruiz﻿—you come out of the theatre not thinking "Ah it could have been..." but rather "What can it be?" 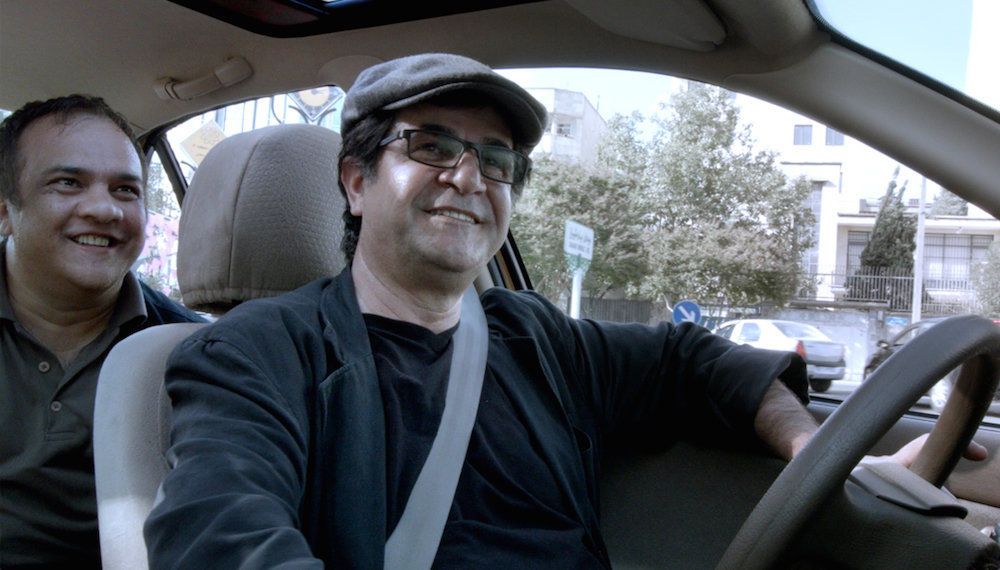 And here's a man who asks what cinema can be. ﻿There's very little I'm more impressed by in contemporary cinema than banned Iranian director Jafar Panahi's stalwart persistence in making small scale, super personal underground movies and getting them out to a global audience. It gets to a core attribute this art can have: the act of filming as an act of resistance, of activism, and, as Panahi has recently said, as a need of life, a need to create.

That the director's first of these smuggled features, This Is Not a Film (2011), is the best of the three he's made and to my mind they've slowly decreased in quality—Closed Curtain (2013) being very good and his film in Berlin's competition this year, Taxi, being good—ultimately tells little of how instantly touched I am by these movies. How the first image of Taxi, and the very first appearance by Jafar Panahi in the movie—as a cab driver recording and/or staging interactions with his passengers, reminiscent of﻿ fellow Iranian Abbas Kiarostami's Ten (2002)—by just the appearance of this man still existing, still being there and creating, how this moves me. That and his smile, this perennial smile he has on his face in Taxi, a smile of tolerance and warmth, a defense covering suppressed pain, and above all an embracing enjoyment of people, of traveling and seeing and hearing people. Of the world outside himself as a wonderful story, the story of reality, that he loves to tell.

That love is translated into staged scenes in the taxi—all scenes are limited to this cab, the final domain of the director and an erstwhile living as well, making films "inside" and allowing men and women to share a space—each expositing some tension, complexity, hypocrisy, or difficulty in Iran's society. The interactions range over gender, life and death, filmmaking and its censoring precepts in the country, old friendships, young filmmakers, imprisonment, interrogation, bootleg videos, family, and crime and punishment. Each topic is introduced by a new "passenger," that is, actor or star or Iranian citizen or whatever you want to call them, before Panahi's dashboard camera ("for security?" asks a passenger) along with some of the cameras of these passengers who append Panahi's stories with their own visions. A supremely simple and direct film, it cuts you immediately and straight to the heart.