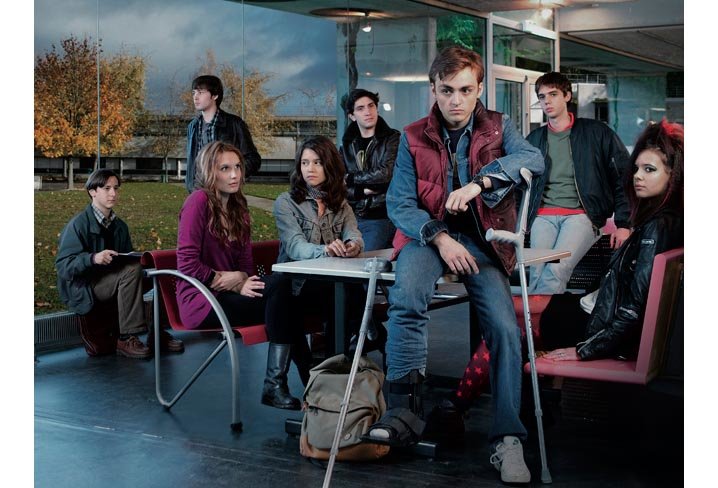 "This genre-bending high-school thriller-drama about three students who go missing at a French lycee opens like a teen B-movie, but soon moves into more intriguing territory," writes Lee Marshall at Screen. "Lit and photographed in hyperreal style by leading French cinematographer Agnès Godard and featuring a loose and rangy instrumental soundtrack by US indie rockers Sonic Youth, it plays with the dark side of suburbia in ways that recall Twin Peaks — though without David Lynch's edge of madness."

At In Contention, Guy Lodge is less than impressed with "debut director Fabrice Gobert's ineffably trite little whodunnit, in which the disappearance of high-school boy in an identikit Paris suburb triggers a series of overlapping chapters detailing the incident from the perspectives from his peers. Through this, we learn little more than that they're all deeply uninteresting in slightly different ways."

For Fabien Lemercier, writing at Cineuropa, Lights Out (Simon Werner a disparu...) "proves to be an interesting exercise in style whose obvious influences (including Elephant, Brick and The Virgin Suicides) don't prevent it from asserting a rather individual identity thanks to an excellent cast and a sharp perception of the world of high school students and their ability to fantasize about reality."

"So who killed Simon and why?" asks Kevin Jagernauth at the Playlist. "While we obviously won't tell you here, its the ending of the film that will most likely divide audiences. Gobert's final reveal of the killer both confirms Simon's classmates' uneasy feeling about his death and the subsequent disappearance. Viewers may not agree with how or who the writer/director pins these crimes on. However, we contend that his choice is actually more terrifying than anything we could've dreamed up. As revealed, the very nature of the crime means that even at the close of the film the terror that struck the school, and still lies in the students' hearts, will never be locked away and is still out there in the world to strike them at any time in their lives."

"It's not a complete home run, but it was pretty damn good," finds FirstShowing's Alex Billington.