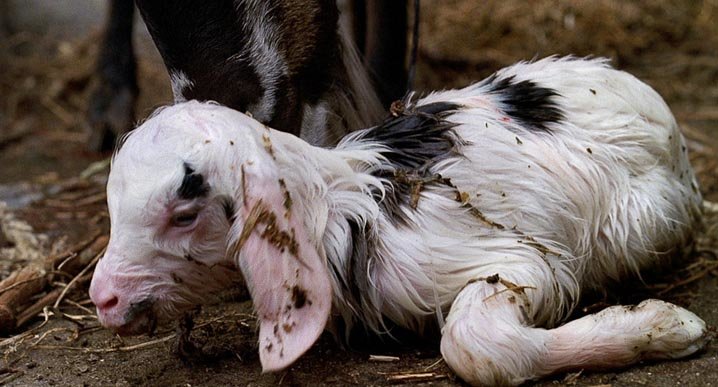 "Michelangelo Frammartino's Le Quattro Volte [The Four Times] has won the Europa Cinemas Label as Best European Film in Cannes Directors' Fortnight," reports Wendy Mitchell for Screen. "The jury said: 'This is a beautifully evocative, humorous and subtle look at life and nature in deepest rural Italy. Never didactic or sentimental, the director takes creative risks and manages to pull them off. At a time when original filmmaking is so threatened, we feel it is entirely appropriate to award the Europa Cinemas Label to Le Quattro Volte, and to offer European audiences the opportunity of enjoying such a life-affirming view of a remote corner of our continent.'"

"It's tempting to call The Four Times documentary-like, except that documentaries usually explain what it is we are seeing," writes Natasha Senjanovic in the Hollywood Reporter. "Instead, Frammartino uses his background as a video installation artist to create something that one could just as easily come across playing at an art gallery. The director simply turns on the camera and shows us the natural progression of time in a place where time seems to have stopped. Working from a quote from the School of Pythagoras — that each of us has four distinct lives within our one life, and thus must meet each other four times — the number four also represents four elements (man, animal, plant and mineral) and the four seasons."

"[T]he most impressively choreographed single shot of the festival occurs in the first part," wrote Daniel Kasman here in The Daily Notebook on Wednesday. His appreciation of that moment is here.

More from Eric Kohn at indieWIRE. Nice grades at Letras de Cine, too.