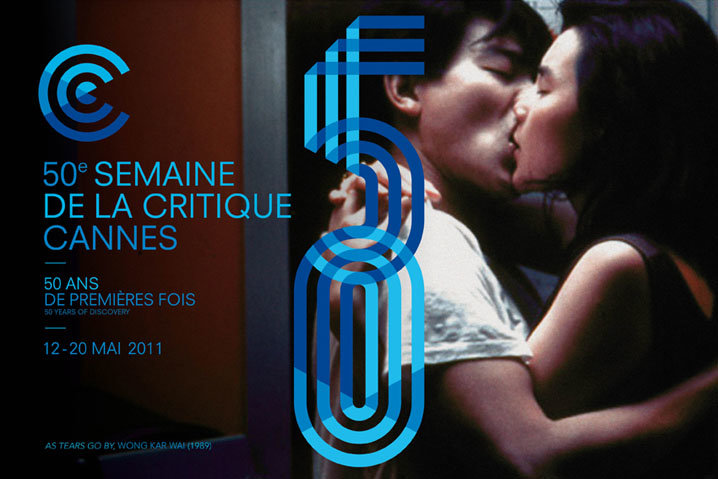 La Semaine de la Critique, known in the English-speaking world as Critics' Week, is celebrating its 50th year, and festivals and institutions from all over — and we at MUBI are excited to be among them — are chiming in with special series and retrospectives saluting some the greatest film that have premiered at this parallel section of the Cannes Film Festival. Watch this space for upcoming details. Meantime, here's the lineup for Critics' Week 2011.

Hagar Ben Asher's The Slut. This debut feature "will tell of a woman (Ben Asher herself) drifting away from one sexual encounter to another," writes Eithan Weitz at Ioncinema. Tamar’s behavior is fixed. One man after another, a hand job, a blow job, and so on. But she is also the mother of Mika and Noa, 12 and 8. She no longer seeks redemption, until Shai arrives. He comes in order to handle his dead mother’s property. Shai is not aware of Tamar’s behavior, but soon enough discovers her way. He does not care for it, for he thinks he can save her. They fall in love and soon Tamar stops messing around. The tightly knit society is skeptical of her purification process, but true trouble lies in this new daily routine creating a harsh sense of emptiness in Tamar’s core." Watch the "editing of some video 'run outs' collected from the rushes."

Konstantin Bojanov's Avé. From Le Pacte: "While hitchhiking to get to his friend’s funeral, Kamen meets Avé, a 17-year-old runaway girl who is looking for her drug addict brother. With each ride they hitch, Avé invents new identities for them, and gets Kamen deeper and deeper into trouble. Reluctantly drawn into this adventure, Kamen begins to fall in love with the fleeting Avé." Explore the KB Projects site.

Delphine and Muriel Coulin's 17 Filles (17 Girls). From Films Distribution: "17 teenage girls take together an unexpected decision that will change their peaceful little lives and leave them misunderstood by the boys and adults around them: they decide to get pregnant all at the same time. This is based on a true story that occurred in 2008."

Pablo Giorgelli's Las Acacias. From the Festival Internacional del Nuevo Cine Latinoamerico: Ruben is a lonely trucker who's been transporting wood between Asuncion and Buenos Aires for years. His routine is rattled, though, when Jacinta arrives with an eight-month-old daughter.

Justin Kurzel's Snowtown. From SBS Television: "When 16-year-old Jamie is introduced to a charismatic man, a friendship begins. As the relationship grows so do Jamie's suspicions, until he finds his world threatened by both his loyalty for, and fear of, his newfound father figure, John Bunting: Australia's most notorious serial killer." In Cut Print, Anders Witzke finds this debut feature "unrelentingly grizzly… True story or not, screenwriter Shaun Grant's dramatic retelling of the famed 'Body in Barrels' murders is in desperate need of a sympathetic character who can uphold a sense of humanity, however scarce, among the seemingly endless paedophiles and murderers that occupy the film's draconian landscape." The trailer at Twitch, though, looks promising. Update, 5/3: Ed Gibbs interviews Kurzel for the Guardian.

Jeff Nichols's Take Shelter. Premiered at Sundance and screened at the Berlinale, so we already have a roundup on this one. Quite a performance from Michael Shannon, evidently.

Lee Tae-ho's In Front of the House.

Jonathan Caouette's Walk Away Renée. A documentary. Update, 4/29: Critics' Week programmer Leo Soesanto got a few words with Caouette, who insists that the film is "not a kind of Tarnation: part 2, he described it in these words: 'it's like Cassavetes's A Woman Under the Influence, but on more acid.'"

Valérie Donzelli's La Guerre est déclarée. From Screen: "A man and a woman must confront the reality of their son's illness."

Eva Ionesco's My Little Princess. The tale of a young French girl, her mother, a photographer, and her Romanian grandmother. Set in the 1970s. With Isabelle Huppert, Anamaria Vartolomei, Denis Lavant, Louis Do de Lencquesaing and Nicolas Maury.

Updates, 4/28: Mourir auprès de toi, a short by Spike Jonze and Simon Cahn, has been added to the lineup.

Update, 5/6: 50 interviews with directors and actors who've made their debuts in Critics' Week.