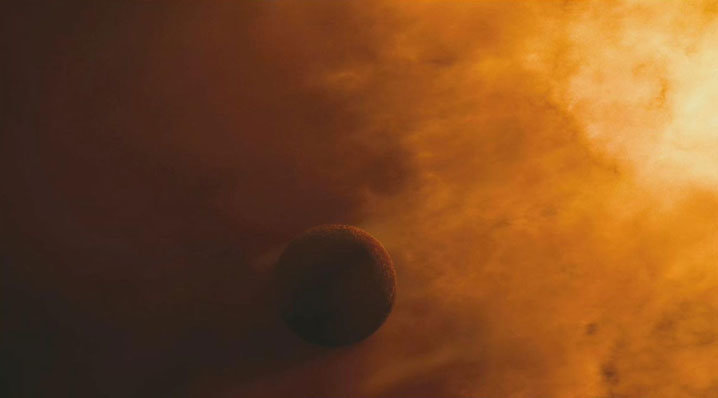 The Grand Prix has been split this year, going to both Nuri Bilge Ceylan's Once Upon a Time in Anatolia and Jean-Pierre and Luc Dardenne's The Kid with a Bike.

Best Actor goes to Jean Dujardin for his performance in Michel Hazanavicius's The Artist.

Kirsten Dunst's won Best Actress for her performance in Lars von Trier's Melancholia. She thanked the Festival for allowing the film to carry on competing even though its director has been declared "persona non grata."

The Jury Prize goes to Maïwenn's Poliss. Accepting the award, the young director was clearly overwhelmed. As she struggled to speak, some may have worried that she might not survive the experience.

Pablo Giorgelli wins the Camera d'Or, presented to the director of a first feature, for Las acacias.

More awards announced over the past few days: Un Certain Regard (and more), Directors' Fortnight and Critics' Week.

"Does the winner matter, beyond that the Cannes brand, with its glamorous name and image of a single palm frond (palm imagery is now used to designate every festival), looks nice on posters?" asks the New York Times' Manohla Dargis. "Like an Oscar, a Palme may help at the box office a little in the United States, where foreign-language films remain a tough sell — but just a little. Distributed in America by Strand Releasing, last year's surprise Palme winner, Uncle Boonmee Who Can Recall His Past Lives, has had to fight to find its audience, having pulled in less than $160,000 in theaters. It will doubtless continue to find admirers, especially when it hits the home market, but it's an uphill battle to get moviegoers to look beyond the multiplex with its familiar fare."

Update: Listening (20'36"). The Festival presents audio from the Jury's press conference held after the presentation of the awards — as well as a few prime quotes. De Niro: "Sometimes we had different tastes but we really enjoyed ourselves. I made some new friends. When you make a film, the drama has to be happening in front of the screen. Not behind it. That is how it was for us…. There were some intense debates over a number of films, three in particular: Pater, Sleeping Beauty, and Le Havre. But Habemus Papam, and The Skin I Live In, also stimulated discussion." Assayas on Melancholia: "It is one of his best films. We all agreed about the condemnation of his comments made during his press conference. But the film is very well acted, very well written; it's a great work."

Updates, 5/23: The Voice's J Hoberman finds the Jury "proved both gracious and judicious in dividing their prizes among eight films." More commentary from the Guardian's Peter Bradshaw.

The Boston Globe's Wesley Morris takes a long leisurely look back on his night at the awards ceremony.