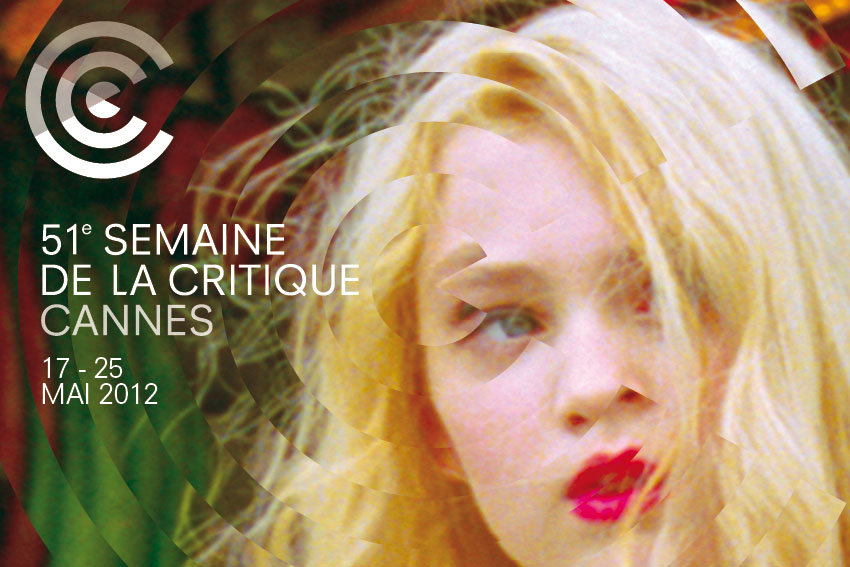 Variety's Boyd van Hoeij notes that Critics' Week has lined up first-time directors "almost exclusively" for its 2012 edition. Notes, links and so on will be added over the coming hours and days:

Vasan Bala's Peddlers. The Critics' Week synopsis: "A ghost town, Mumbai, inhabited by millions. A lady on a mission, a man living a lie, an aimless drifter. They collide. Some collisions are of consequence, some not, either ways the city moves on.﻿"

Antonio Méndez Esparza's Aquí y Allá. CW: Pedro returns home to his small village in Guerrero, Mexico after having worked for several years in the US. Even though the village is expecting a bountiful harvest, they're still preoccupied with opportunities north of the border.

Alejandro Fadel's Los Salvajes. CW: "Five teenagers violently escape a reformatory school in an Argentinean province.... They hunt to feed, rob houses they come across, do drugs, bathe in the river, fight with each other and make love: A progressive voyage into the wilderness, that soon becomes a mystic fable about courage and grace.﻿"

Damien Lambert's Hors les murs (Beyond the Walls). CW: "Paulo, a young pianist living an ambivalent life with Anka, meets Ilir, a loner bass player. It’s love at first sight and they start living on love alone. The day Paulo promises to love him for life, Ilir leaves town for a concert, and never comes back… After days of endless hope for his return, Paulo finds out he’s locked in jail. A heartrending relationship begins beyond the walls.﻿"

Ilian Metev's Sofia's Last Ambulance. CW: "In a city that has only 13 ambulances to two million inhabitants, Krassi, Mila and Plamen are our unlikely heroes: heavy smokers, packed with humor and always trying to save the lives of others, despite the large number obstacles."
Louis-Do de Lencquesaing's Au galop. CW: "Ada was settled in her life, she was pleased with it, or thought she was." Just as she's about to marry, she meets Paul. Her life begins "to gather speed. It was about time.﻿" With Valentina Cervi, Marthe Keller, Alice de Lencquesaing, Louis-Do de Lencquesaing and Xavier Beauvois﻿.

Meni Yaesh's Les Voisins de Dieu. CW: The "'supervisors' of a Bat Yam neighborhood in Israel" ensure that "women are dressed appropriately, that people respect Shabbat, or that Arabs from Jaffa don’t enter the neighborhood with music blaring from their cars. Avi, Kobi and Yaniv are young and know how to fight. Avi is their leader. The group’s dynamic is challenged when Avi threatens a young woman that doesn't follow their rules, a woman he's about to fall in love with…﻿"

Stefan Constantinescu's Family Dinner. CW: "In the apartment of the Christiansson family, strange things are going on. While father and daughter are preparing dinner, in the bathtub, mother is exchanging kinky messages on her mobile phone. Even when her phone is out of battery, she cannot bring herself to stop.﻿"

Damien Manivel's Un dimanche matin (A Sunday Morning). CW: A man walks his dog through a Paris suburb, as he does every Sunday morning.

Paul Negoescu's Horizon. CW: "If a fisherman mysteriously disappears into the depths of the Black Sea and no one hears it, does it make noise?﻿"

Benjamin Parent's Ce n'est pas un film de cowboys (It's Not a Cowboys Movie). CW: "Brokeback Mountain was aired on TV last night. Vincent watched it and has been completely shattered. He takes advantage of the recess to describe the film in a touching and naïve way to his classmate, Moussa. In the girls bathroom, Jessica also deeply moved by the film, bombards her best friend Nadia with awkward questions about her gay father.﻿"

Juliana Rojas's O Duplo (Doppelgänger). CW: "Silvia is a young teacher at an elementary school. One day, her class is interrupted when the students notice her double walking on the other side of the street. Silvia tries to ignore the apparition, but this strange event begins to permeate her daily life and transform her personality.﻿"

Jean-Baptiste Saurel's La Bifle (The Dickslap). CW: "Francis manages a video club that owes its success to films featuring Ti-Kong, star of kung-fu. Insecure about his dick, he is afraid to reveal his feelings to his employee Sonia. But when she gets a role in Evil Nurse — the latest Ti-Kong opus — Francis no longer has a choice… He must save Sonia from a terrible danger: the Mushroom Tattoo.﻿"

Shin Suwon's Circle Line. CW: "Sangwoo is a middle-aged father with a pregnant wife and a teenage daughter. Hiding the fact that he was recently fired to his family, he spends his days on the subway. One day, he comes across a beggar lady with a baby…"

Opening Night: Rufus Norris's Broken. Boyd notes that Broken features "Tim Roth and Cillian Murphy and is based on the novel by Daniel Clay, with music by Damon Albarn. The only Anglophone film in the selection, it will unspool out of competition.﻿" CW: "Shortly after witnessing a brutal beating, Skunk’s home, neighborhood, and school become treacherous environments, where the happy certainties of childhood give way to danger; her innocence is rapidly worn away and a harsh world fills her future, over which she has no control. When Skunk finally seeks solace in an unspoken friendship with sweet, damaged Rick, she’s is faced with the greatest choice of all.﻿"

Sandrine Bonnaire's J'enrage de son absence (Maddened By His Absence). With William Hurt. Jacques, away for ten years, comes back into the life of Mado, now a wife and mother of a seven-year-old son.

Alice Winocour's Augustine.﻿ CW: "Paris, winter 1885. At the Pitié -Salpêtriere Hospital, Professor Charcot is studying a mysterious illness: hysteria. Augustine, 19 years old, becomes his favorite guinea pig, the star of his demonstrations of hypnosis. The object of his studies will soon become the object of his desire...﻿"

Closing Night Film to be announced.﻿