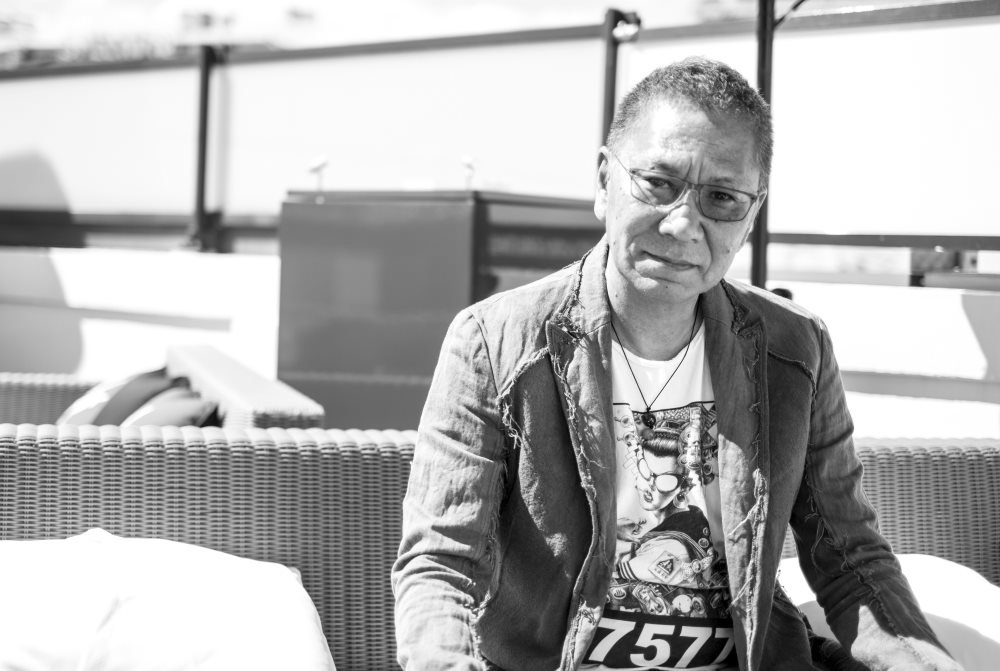 Takashi Miike's Shield of Straw couldn't have arrived any sooner at the festival or in anymore pleasing a shape: that of a pitch-perfect thriller, interrupting the monotony of the lackluster Cannes competition at the festival's halfway point. Shield of Straw may be one of his sleekest, most generously-budgeted films, but none of Miike's eccentric qualities are compromised in the creation of what is an expertly crafted work of suspense that continually moves its drama and action forward. Miike carefully sets up the film's conceit in its opening few minutes so that he can have free reign the rest of the way. An enormously wealthy old man whose granddaughter was brutally murdered by a pedophile publicly puts a bounty on her killer's head. The reward is 100 billion yen, making every citizen in the city a potential assassin. Once a police precinct has the man in custody, a squad of officers is assigned to escort him long distance back to Tokyo to face the District Attorney. This sets in motion a series of brilliant sequences revolving around different scenarios of the police thwarting murder attempts from various people including fellow officers. The simple dilemma that makes up the core of the film is between one's conscience, greed, and socially prescribed morality. There is not one character free from this challenge and each, at some point, seems capable of taking the killer out themselves. The result is a perpetually building anticipation of the film's stunning end game.

What follows is a brief conversation I was able to share with Takashi Miike in Cannes.

NOTEBOOK: What interests you about the characters in Straw of Shield, who are struggling to uphold their morality and responsibility?

TAKASHI MIIKE: What interested me in making the film was not the struggle but that when faced with a character like Kiyomaru, a criminal who comes across as an extremely violent predator, the other characters in the film, even if they’re seemingly good, reveal their true nature. When faced with him, one by one the outer layers of these characters peel away.

NOTEBOOK: In that context, do you think the policeman protagonist of the film is a hero or not?

MIIKE: In the traditional sense of filmmaking, he probably should have been a hero, but in fact what he finds and gains in the end is someone with which to share his lonely life: the boy that his colleague left behind. Many people died and that’s a tragedy, but he found something, another path and a new encounter. No one in the film actually knows about him or what he did, so he does not become a hero, but maybe he does for the boy. ﻿

NOTEBOOK: Does the film reflect any of your personal feelings about justice? ﻿

MIIKE: In terms of what it reflects, it’s less about my feelings on justice and more about the blurred line between what is justice and what isn’t. It’s not about the law but how one as an individual chooses to lead their life. In present day, we abide by the law and consider our rights as people, but these are imposed rules and I believe that true justice can only be established after exposing both our grotesque human nature. As for us living in this particular time, in the 21st century, I think we are still not able to do that. ﻿

NOTEBOOK: Recently, you’ve been making some of your most carefully composed films (Ace Attorney, 13 Assassins, Hara-Kiri). Is this something you’re conscious of? ﻿

MIIKE: It’s true that I’m becoming more visually careful. I’ve tried to simplify the compositions—I try not to be dependent on the contents of the frame for stimulation, which I think I may have done in the past. This way, I’m able to get closer to the true nature of people. To put it another way, I don’t like to force a certain perspective on a character through framing, I just try to shoot what is there. ﻿﻿

NOTEBOOK: How do you prepare for your compositions, do you use storyboards? ﻿

MIIKE: When I’m preparing for shots that include CGI, I always use a professional storyboard artist for my movies. I try to convey what I want to him and he puts it into pictures. He is, in a sense, my first audience member, and if his response is lively it usually results in a vivacious image and in that way I confirm my vision with him. However, for shots without CGI, I just make decisions on the spot.

﻿NOTEBOOK: Were there any films that served as a reference point in making Shield of Straw? ﻿

MIIKE: When I make films there are of course things that I have already absorbed from films and other work that organically influences what I do, but it’s unconscious. If I did see something while preparing for a film I think I’d be discouraged by seeing that other filmmakers have already done what I am trying to do. Actually, my producer always gives me lots of DVDs but I’ve never seen any of them! But I do want to study other people’s work… ﻿

NOTEBOOK: Your film includes several different assassination scenarios and set pieces—were there any additional ones that you didn’t get to include in the film? ﻿

MIIKE: Actually, no because I didn’t rewrite the screenplay for this film. If I had to delve into all the technicalities of other killings, it would be too difficult... That’s not the film I wanted to make; the point was to have untrained people, the masses, trying to kill this person. When you think about it, they’d probably grab whatever is around them. A household knife, or maybe just use their bodies, and I didn’t want to over-think that part of the film. ﻿

NOTEBOOK: What interests you most in making movies? ﻿

MIIKE: It is when I am working with a diverse variety of people on set and when we’re shooting something and the camera is rolling. That’s when I feel this joy I cannot find anywhere else. That’s why I make so many films! It’s like when you would play with toys as a kid; you’re the boss of the world, it’s so much fun! ﻿