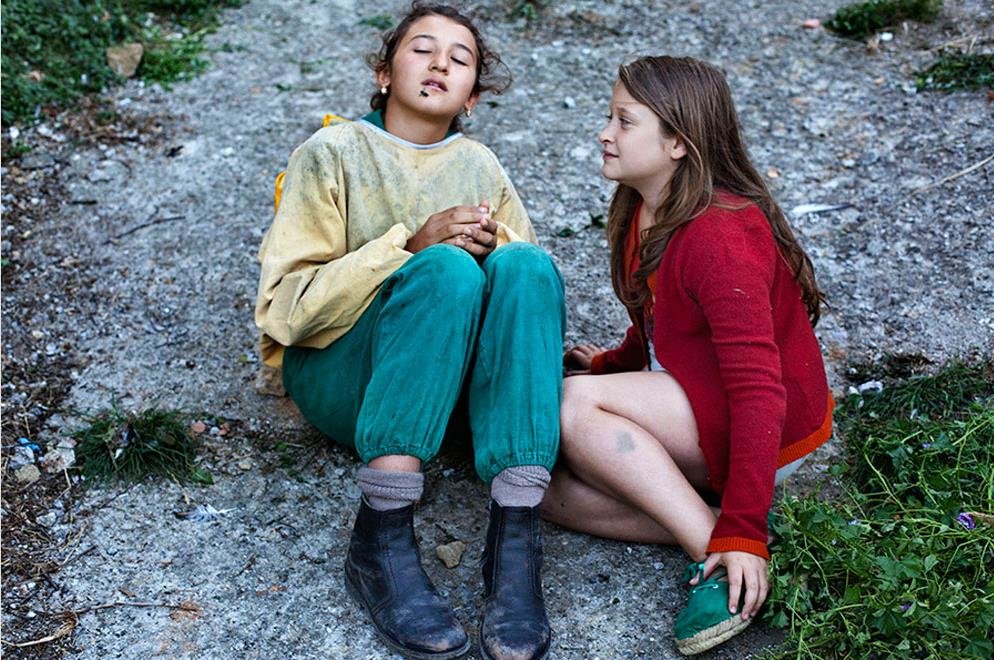 At Cannes this year, I cried at the end of The Wonders by Alice (A-lee-che, she's Italian) Rohrwacher. Crying at The Wonders is one thing I have in common with Nicolas Widing Refn.

Yet about halfway through, The Wonders defied my expectations through filmmaking choices with texture, costume, and music. I'd guess that a song in the credits is what pushed Refn to tears. It's a John Hughes-type cue used much more subtly than Refn's own music choices. I cried at this song because it echoed a previous scene, a perfect depiction of the pain of sisters growing apart. The strong effect had much to do with the spontaneous-seeming performances by two girls portraying the eldest of the four sisters in the film.

In another scene, Rohrwacher somehow conveys the feeling of adolescence, not only emotionally but texturally. This classic adolescent panic, a feeling of being trapped and desperate to escape, comes through in a scene of kicking honey. It's so simple and somehow marvelous. And Monica Bellucci is haunting in her role as a Beautiful Woman in a platinum wig and heavy make-up. The film is frankly the best depiction I've seen of being a girl since Sofia Coppola's The Virgin Suicides. (Coppola was also on the Competition jury.) 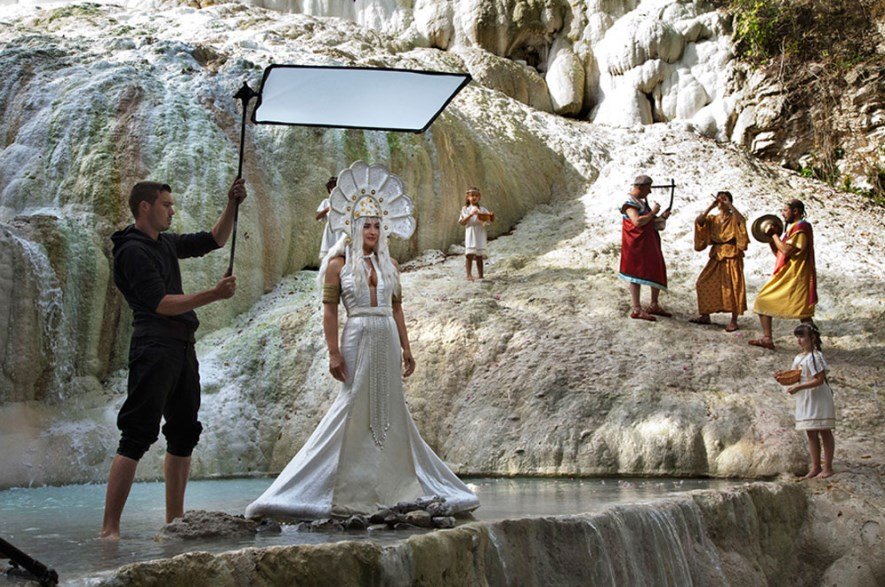 There seemed to be surprise in some critical circles that The Wonders won the Grand Prix, second place after the Palme d'Or. Could that surprise be in part because most critics at Cannes, that I encountered anyway, were men?

There is a strange feeling of being a critic who works at home alone, and then, at a major event like Cannes, being asked to join a table of your peers and realizing they are all men. To me, however much I like and admire these (often young) dudes, there's always a sense of, "These are not my peers."

The jury led by Jane Campion this year was equal men and women. It was woman-led and featuring two certified, prize-winning women auteurs. Let's just call this what it is: the film world ideal.

Now, I'm not saying that the fact that women were on the jury is the reason a woman won a prize. As Campion said in a press conference following the jury announcements, "We never discussed gender, for example. Everyone was on the same level, we were all very affected. We didn't take into account the prize factor, who had or hadn't already won." But is it possible that women might respond to this depiction of girlhood more readily than men? (Melissa Silverstein discusses more of the importance of gender equality in this jury in her Cannes report for Forbes.)

But I think another reason why The Wonders was a favorite of a jury of filmmakers and actors, maybe more so than of critics, is that Rohrwacher is a filmmaker's director, like Fellini. Fellini has consistently rated higher on the director's poll than the critic's poll in Sight and Sound's Best Films poll. Fellini and Rohrwacher﻿ both achieve things in their dreamlike scene-making that directors can't help watching and wondering, "How'd they do that?"  (Saint Laurent and Jauja on the other hand, both strike me as critic's films, meant somewhat derogatorily as interesting conceptually but emotionally bereft and aesthetically disconnected.)

The Wonders was one of a large handful of coming-of-age films that I saw at Cannes. Most of these were in the official sidebars (Un Certain Regard, Quinzaine﻿, and Critics' Week) that were, for the most part, very disappointing. This includes the bland, high-concept Un Certain Regard prizewinner, White God, starring a girl and her dog.

I was disappointed to miss Celine Sciamma's Girlhood (Bande de filles) in the Quinzaine. The response to that film seemed to be divided by gender lines. Most of the women I know who saw it, loved it, and it was disliked by many male critics I know. But it wasn't until I saw this list by Pamela Pianezza of Tess magazine, and noticed that only 10% of the directors in the Quinzaine were women and 18% in Critics' Week, that I realized all of the other coming-of-age films I watched at Cannes besides The Wonders were by men. (This same list states that women directors represented 55% of the films in ACID, the smallest sidebar that I'm sad to have missed entirely. Though I sought out more experimental or daring work in the Critics' Week and the Quinzaine, I found the films more predictable than films in Competition. Next time I'll seek out films in ACID instead.)

Could it be that films by women are inherently more interesting when tackling the same genres that have been thoroughly covered for a century by men? Simply because they offer new perspective and experiences? I don't know. My guess is, probably, but not always. (The talented Kelly Reichardt's Western Meek's Cutoff was a disappointment.) But I'd like the chance to find out. I would love to see more coming-of-age films, noirs, Westerns, broad comedies, action films, and everything else, by women, to see if they can offer fresh perspective to the same old tropes. I do know that all of the coming-of-age films by men that I saw at Cannes were uninteresting because I had seen them all before. 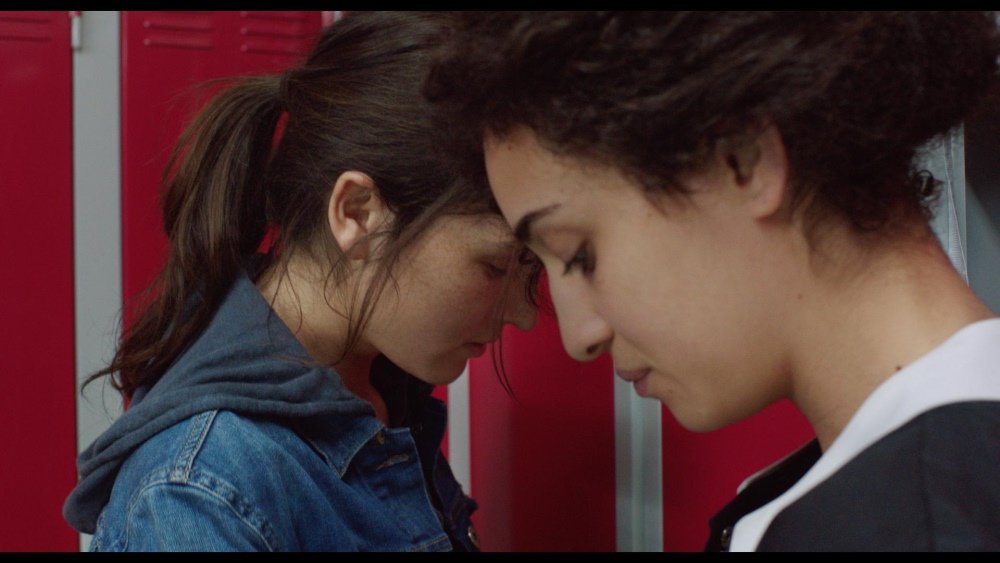 In my previous dispatch I wrote about my favorite films at the festival, playful "late films" by masterful auteurs, Cronenberg and Godard. The other films I liked best were The Wonders, Bird People, and Amour fou, which I realized when compiling  lists are all films by women. (I also liked Foxcatcher, which I'll write about separately.) I didn't notice gender in the direction when watching these films, but I did notice that, to my eyes, they all offered something new. ﻿