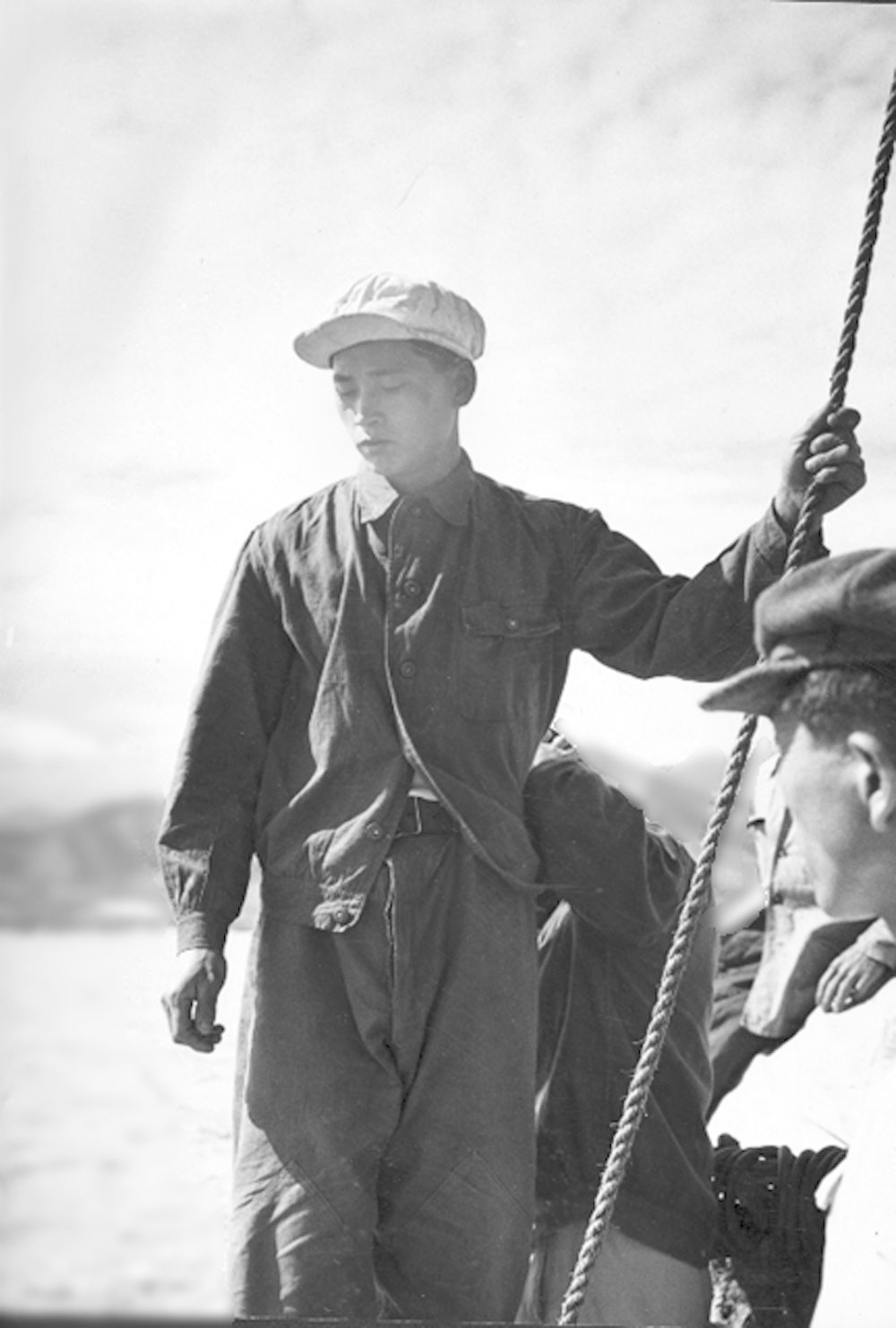 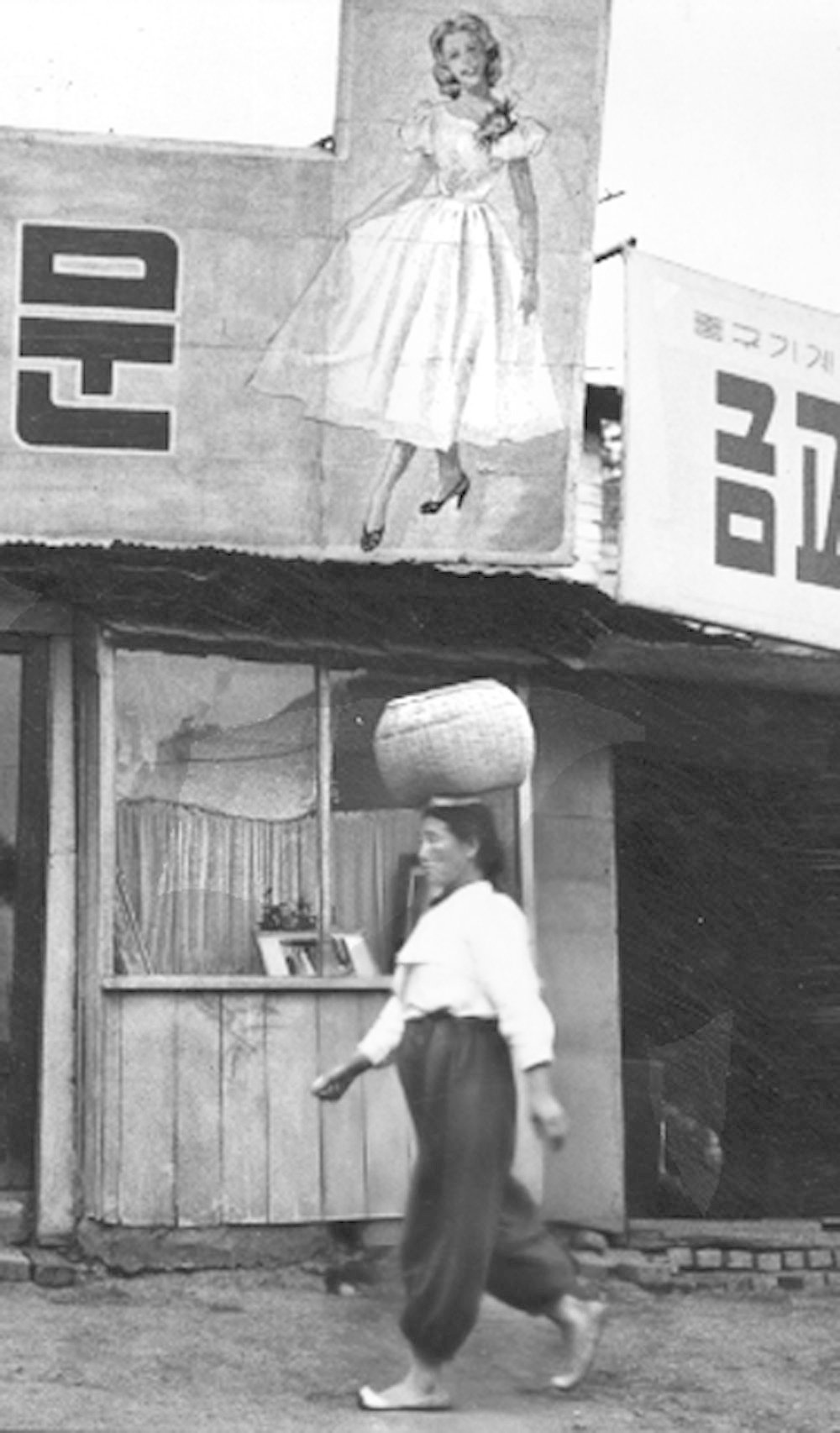 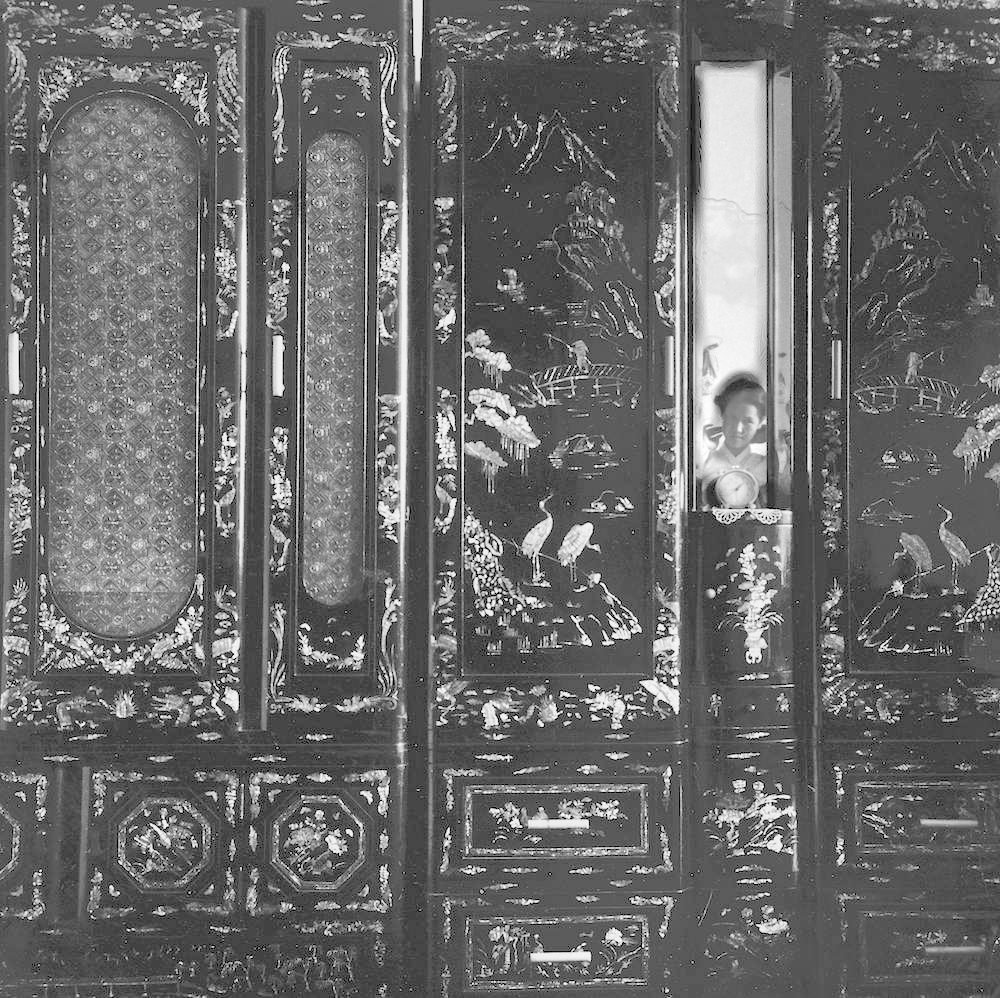 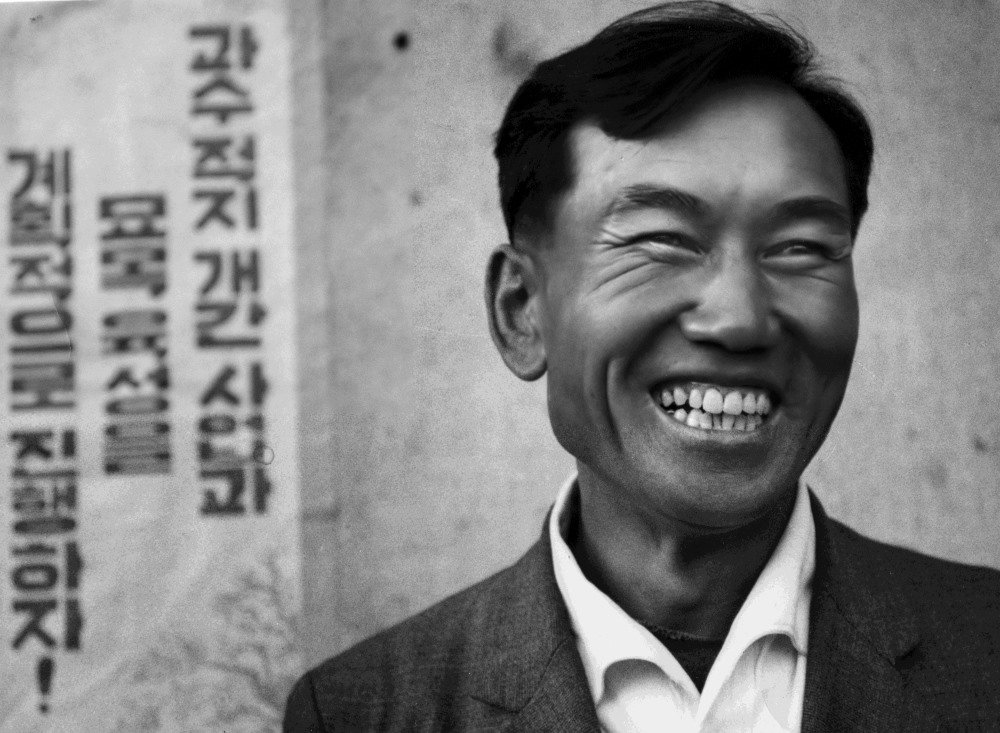 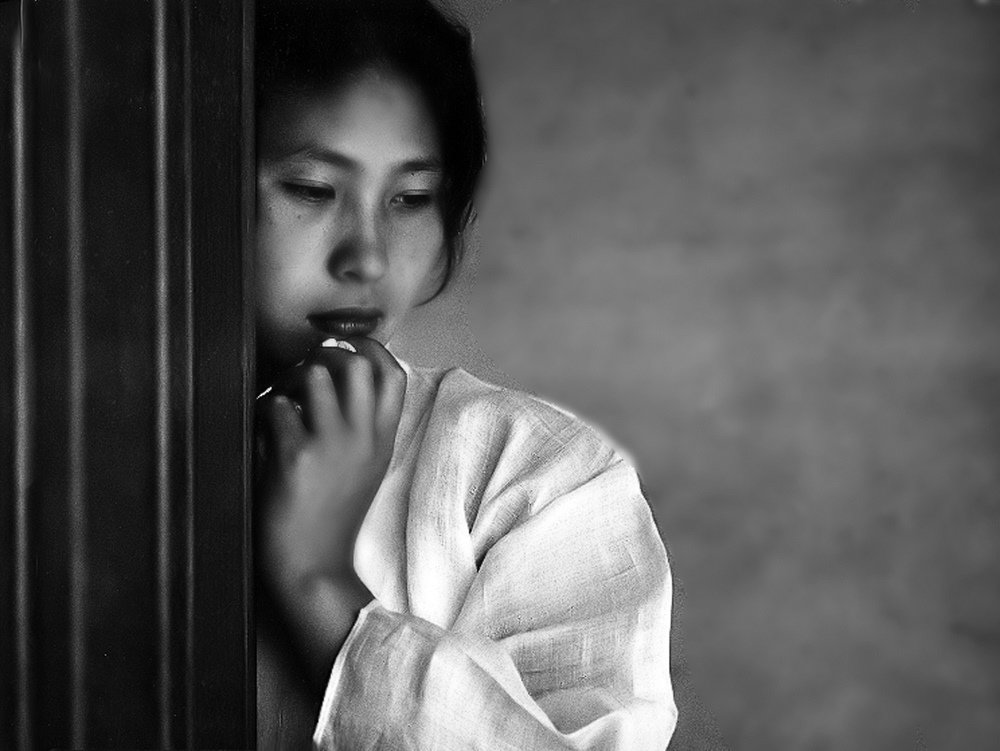 The Peter Blum Gallery in New York is hosting an essential exhibition through October 18﻿ of photographs by Chris Marker. Taken in North Korea in 1957, the works in the show were reprinted digitally and mounted in 2009. According to the gallery, several of the images were digitally manipulated by Chris Marker, while most were printed in their original iteration. (Marker's predilection for subtle and not so subtle digital manipulation is apparent in his photo exhibit PASSENGERS, which in 2011 also showed at Peter Blum.)﻿ The gallery was kind enough to let us share several of the exhibit's photographs, as well as reproduce an essay Marker wrote about visiting North Korea. 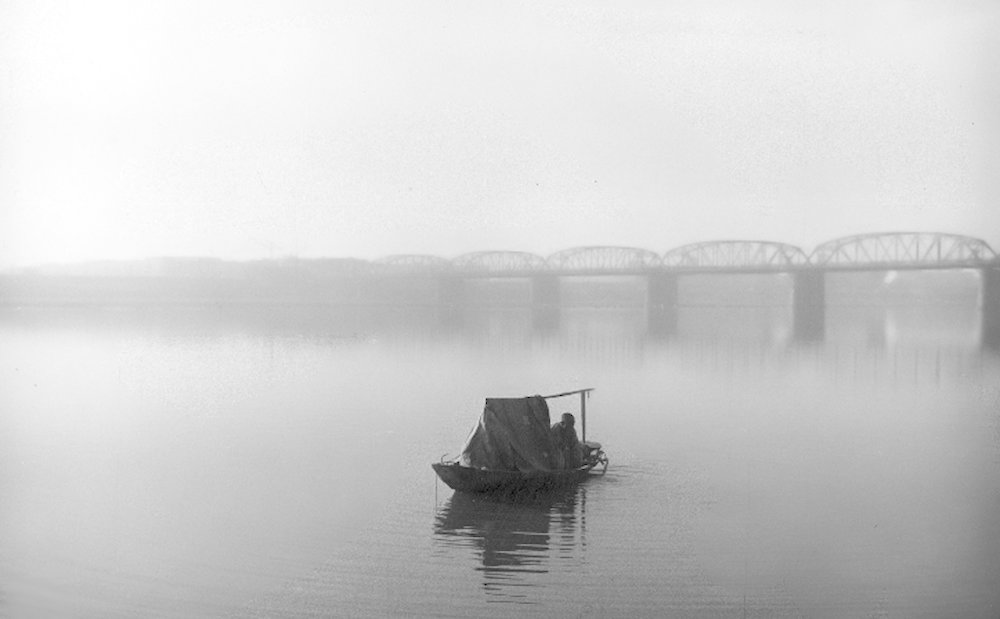 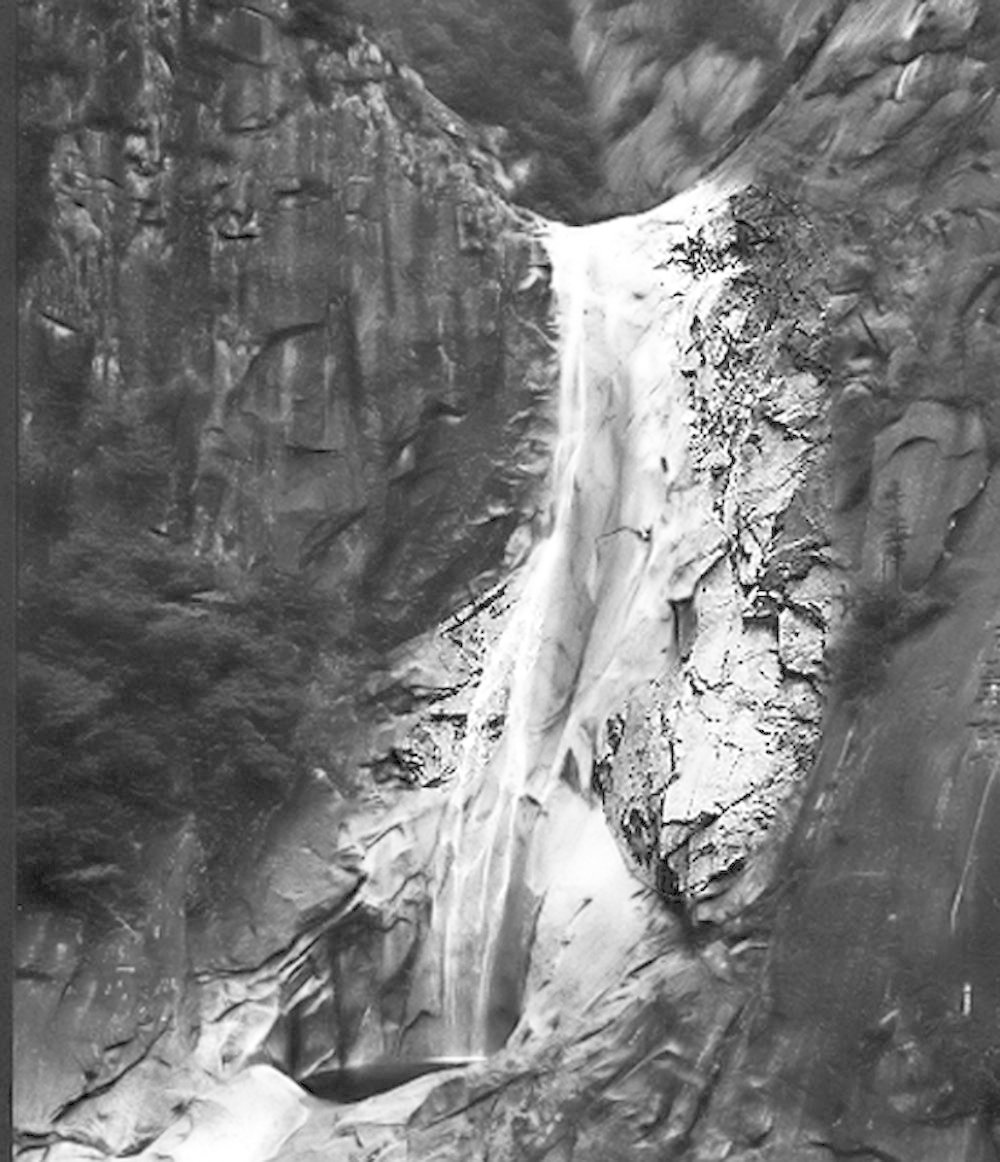 In 1957, I had the opportunity to join a group of French journalists "invited" to visit North Korea. I would only realize later what a unique opportunity that was. The four years following the war (a conflict soberly described by General Bradley as the "wrong war, in the wrong place, at the wrong time, and with the wrong enemy") had been dedicated mostly to rebuilding a bomb-stricken country, and the formidable propaganda machine that would soon be identified with the sheer mention of North Korea wasn't yet running at full throttle. We were subjected to a sizable dose of propaganda, but between two obligatory sessions of Socialist kowtowing, our hosts allowed us an amount of free walking unequalled since. Many years later, I could contemplate on television the predicament of a Belgian delegation whose members supplicated their guide to see, at least once, a marketplace -and after having visited the museum in honor of comrade Kim Jong-il, the library with the complete works of comrade Kim Jong-il, the factory that followed the directives of comrade Kim Jong-il, they were finally taken to an empty space outside the city, where a marketplace would be established according to the plans of comrade Kim Jong-il. Watching the image of hopelessness on the faces of the poor wretches made me appreciate even more the liberty I had enjoyed to hang around Pyongyang with my camera and to look everywhere, including marketplaces. Amusingly, the result of those strolls was equally rejected on both sides of the 38th parallel. To the North, a book which never mentioned once the name of Kim Il-sung simply didn't exist. To the South, the raw fact that it had been allowed to be done in North Korea made it a tool of communist propaganda. That's how, I was told, it was exhibited in Seoul's counter-revolutionary museum, and its author introduced as a "Marxist dog". I didn't mind. Since Snoopy, the word "dog" has ceased to be an insult in my cats- ruled world. Then Time froze on that country whose culture had fascinated me, as well as the mesmerizing beauty of its women, while the megalomaniac leadership of both Kims had proven a disaster. Many examples of that freeze would appear in the news, the most recent so incredible that it escaped many commentators. When the DPRK (that's its official name) launched the famous rocket that worried the whole world, the KOREAN NEWS agency published the following communiqué : "The Secretariat of the C.C., the Communist Party of the Soviet Union fully supports the steadfast stand of the Workers' Party of Korea led by General Secretary Kim Jong Il". Yes, you read correctly : "Soviet Union". In 2009. Perhaps nobody ever dared to update comrade Kim Jong-il. 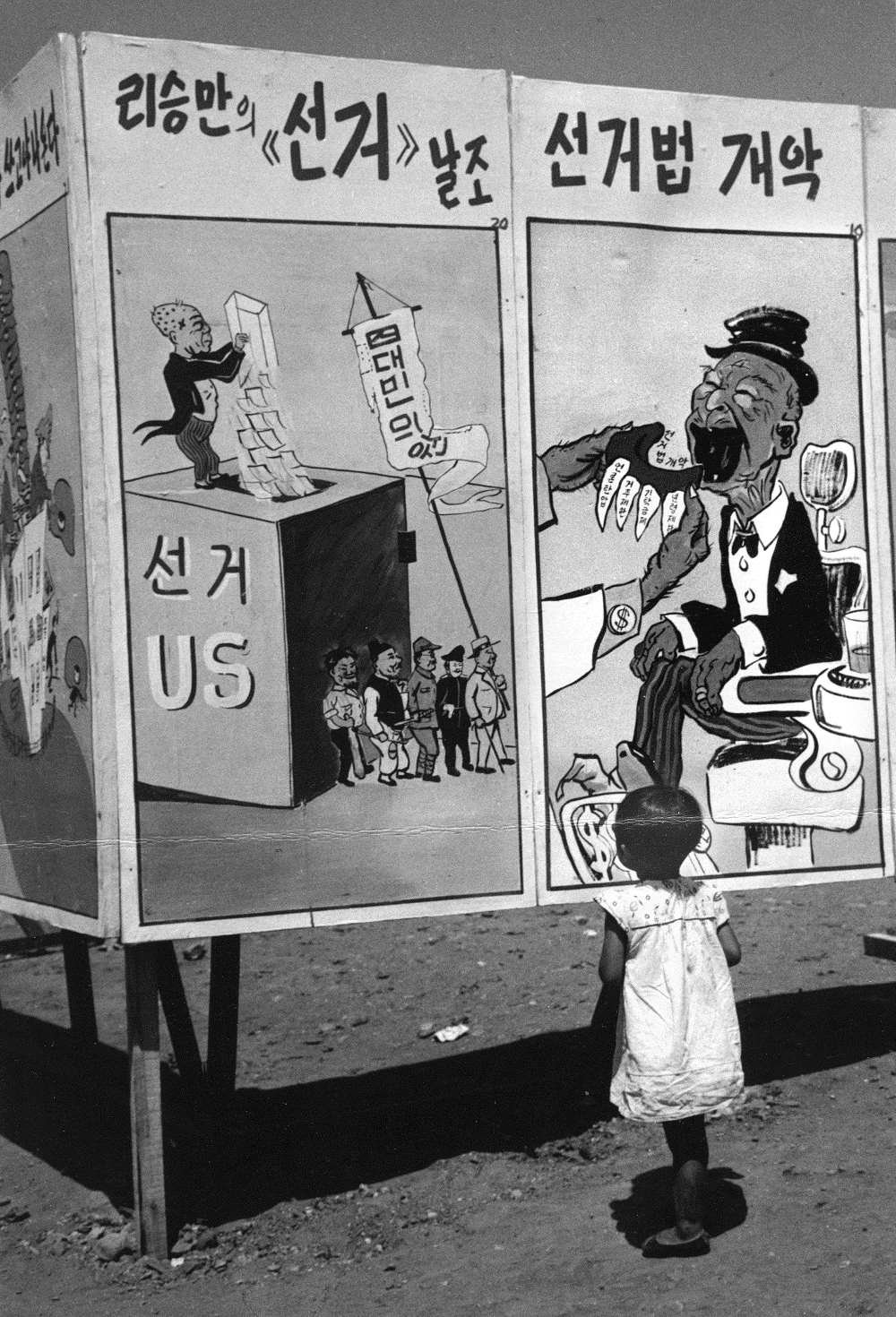 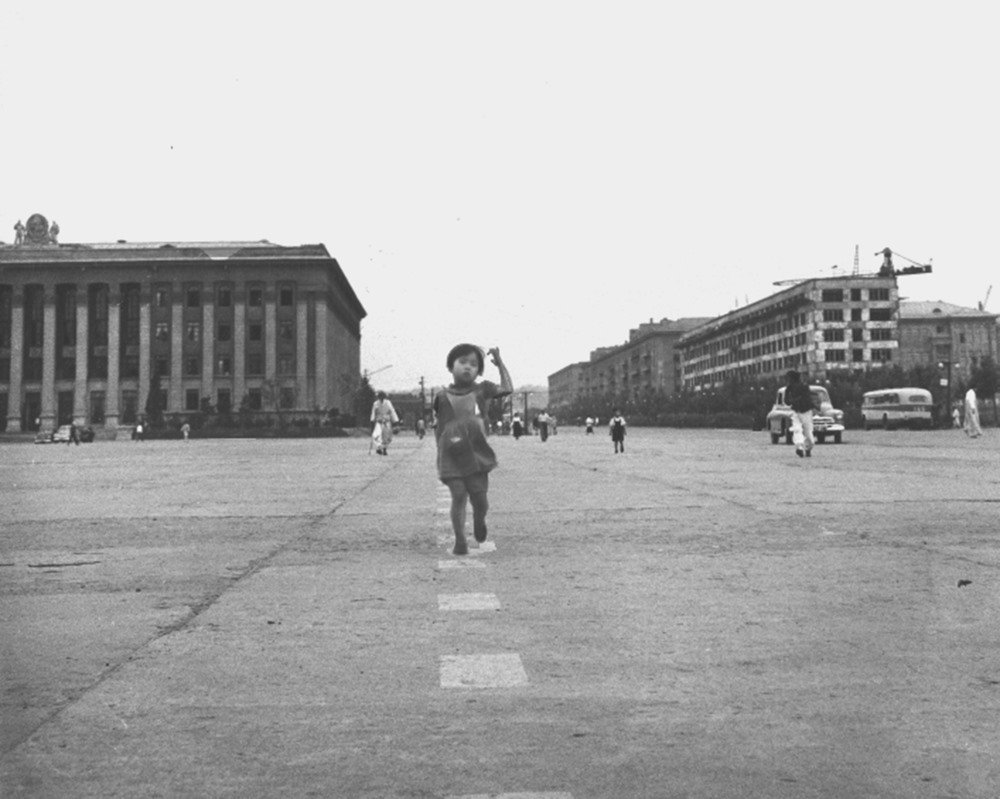