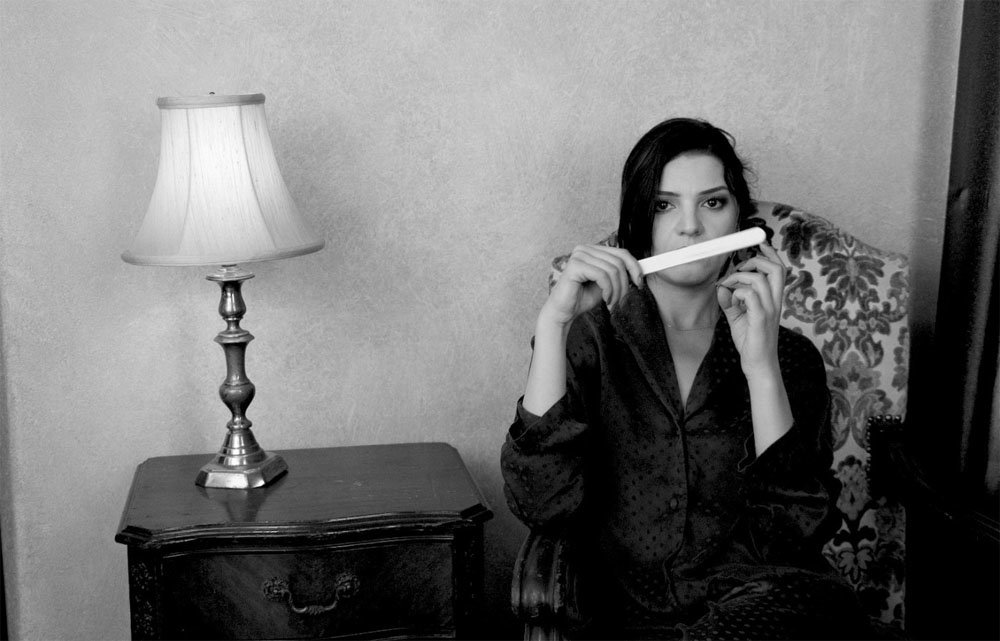 "For three decades filmmaker Nina Menkes has made poetic, evocative films that have placed her in the forefront of American experimentalists," writes Kevin Thomas in the Los Angeles Times. "She's a visionary who trusts in the power of image, movement and composition to communicate narrative, meaning and emotion." The retrospective Nina Menkes: Cinema as Sorcery opens at UCLA's Billy Wilder Theater tomorrow with Dissolution, her "most accessible but also most accomplished work."

New York. Mike Plante notes that the Menkes retrospective will run at Anthology Film Archives from March 9 through 16 and he reminds us that we can listen to his wide-ranging conversation the filmmaker. And in one of our virtual cinemas right here at MUBI, you can watch Films by Nina Menkes.

[Update: Menkes's films "are not literally autobiographical, but they are intensely personal," writes Dennis Lim in a profile for the New York Times. "More than that, they seem to emanate directly from her psyche. All are efforts to give form to something intangible, to film an inner state. It's a tricky task that Ms Menkes accomplishes through long takes and wide-angle compositions, layered sound designs and oblique editing schemes, all of which make time and space seem like subjective dimensions, vulnerable to the warping effects of mood and memory. Ms Menkes has compared this alchemical process to sorcery, and her trancelike movies, which rely on repetition and incantation, act on the viewer like spells. 'I like the idea of conjuring films as opposed to writing and directing them,' she said."﻿]

The Wooster Group on Film and Video opens today at Anthology and runs through Thursday; it'll be immediately followed by The Wooster Group At Large (through March 1), a series of "several programs of experimental films and videos that prominently feature the considerable talents of the Group's members." But this first retro "encompasses not only the official recorded versions of several of the company's plays," notes Melissa Anderson in the Voice, "but also its excursions into separate avant-garde film and video work — some of which were integrated into the theatrical pieces, as the Wooster Group was among the first to incorporate monitors and other multimedia elements on stage." See more trailers for videos screening in the first series here. [Update, 2/21: More from Nikki Columbus for Artforum.]

Cambridge. The Boston Phoenix's Peter Keough recommends Park Kwang-su and the Origins of the Korean New Wave, a series running at the Harvard Film Archive through February 27.

In other news. "They foiled plots and cracked Nazi codes, but Britain's spies were unable to solve the mystery of Charlie Chaplin's birth. Although the entertainer is celebrated as one of London's most famous sons, newly declassified files reveal that Britain's MI5 domestic intelligence service found no records to back up Chaplin's claim that he was born in the city on April 16, 1889. Uncertainty about Chaplin's origins linger to this day — a mystery Chaplin himself may have helped to nurture." Jill Lawless reports for the AP.

Awards. The Skandies countdown is now complete, with Terrence Malick and his Tree of Life having come out on top as best director and film of 2011.﻿