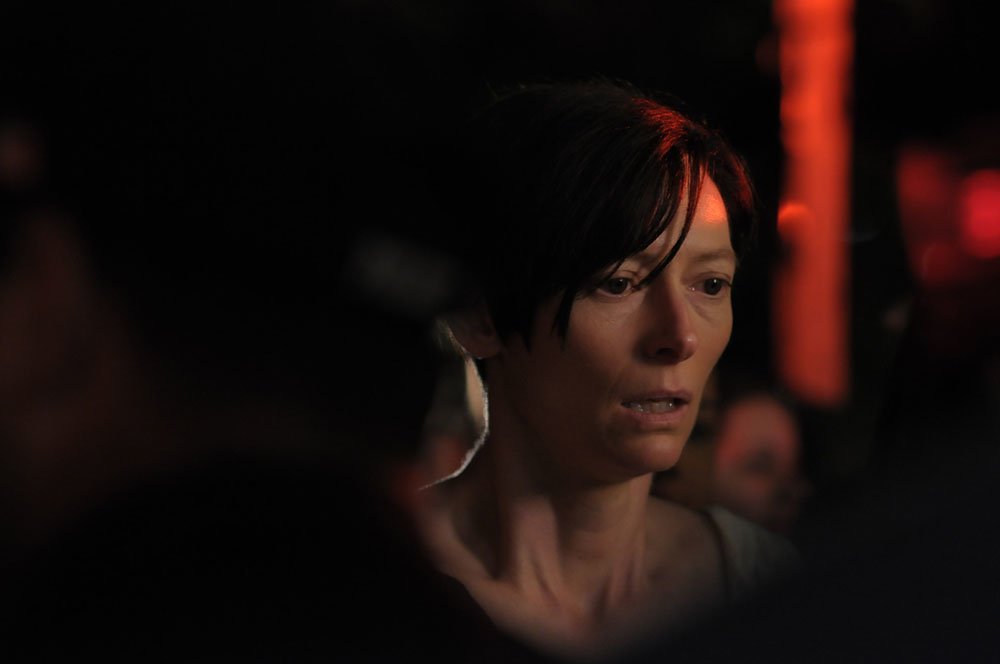 Having premiered in Cannes a full season ago, We Need to Talk About Kevin is, of course, not news, but the Playlist's Kevin Jagernauth has a way of extracting nifty little tidbits from its makers. Director Lynne Ramsay, we learn, will knock out a feature for Warp Films before turning to "a psychological science fiction film." And Tilda Swinton chats a bit about working with Bruce Willis, Edward Norton, Frances McDormand, Harvey Keitel, Bill Murray and Jason Schwartzman on Wes Anderson's Moonrise Kingdom. While in Toronto, Swinton's also taken to the stage to discuss her career and spoken with Roger Ebert, looking straight into his camera with a jolting forthrightness … The great, great Los Angeles Review of Books runs Jonathan Lethem's forward and two selections from the first chapter of Conversations with Clint: Paul Nelson's Lost Interviews with Clint Eastwood, 1979-1983, edited by Kevin Avery.﻿