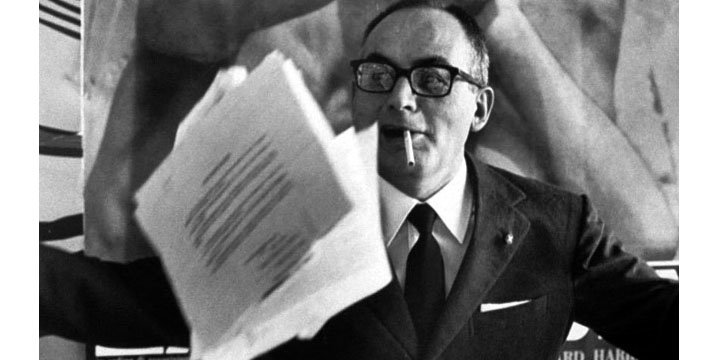 Reuters' David Cutler sketches the early life: "Dino de Laurentiis was born, the son of a pasta manufacturer, in Torre Annunziata in Campania, Italy in August 1919. He enrolled in film school around 1936, supporting himself as an actor, extra, propman, or any other job he could get in the film industry. His persistence paid off, and by the time he was 20, he already had produced one film. After serving in the Italian army during World War Two, De Laurentiis went back into film production, and scored a critical and commercial international hit with Riso Amaro (Bitter Rice, 1949). He later married its star, Silvana Mangano."

From the NNDB: "Often working with Carlo Ponti, De Laurentiis's best Italian films include Fellini's La Strada, Miseria e Nobiltà, and Fellini's gloomy night with a prostitute Le Notti di Cabiria. He also produced Roger Vadim's Barbarella, the brutal revenge drama Death Wish, and the brutal slave drama Mandingo. Most Americans, though, had never heard of De Laurentiis until he re-made King Kong with Jeff Bridges, Charles Grodin, and Jessica Lange. The movie seemed tawdry and tedious, and the producer's name was featured in big letters on the poster, so for years after that, whenever De Laurentiis released a new film critics wrote, 'from the man who made the King Kong remake.' His reputation as 'Dino De Horrendous' was not enhanced by such subsequent turkeys as The White Buffalo, Orca, The Hurricane, Flash Gordon, and an unnecessary sequel, King Kong Lives."

"His product, from low-budget neorealist works to multimillion dollar spectacles, has always stressed entertainment value, and no matter what the era, he has managed to overcome the exigencies of the fickle motion picture industry to produce consistently crowd-pleasing fare," writes John A Gallagher for Film Reference. "What other producer, for example, has produced films by Fellini, Bergman, Rossellini, De Sica, Visconti, Vidor, Huston, Lumet, Forman, Altman, Friedkin, Pollack, Cimino, and Cronenberg, to name but a few? Their films bear the De Laurentiis imprimatur; at the same time, he has shown his fondness for such impersonal, reliable directorial technicians as Richard Fleischer, John Guillermin, and Michael Winner on many of his bread-and-butter pictures."

"In the 1950s he began work on the epics that would help define his career," writes Laurence Arnold for Bloomberg. "With [Carlo] Ponti he produced Ulysses (1954), with Mangano and Kirk Douglas, and War and Peace (1956), with [Audrey] Hepburn and Henry Fonda, which was nominated for Academy Awards for cinematography, costume design and best director (King Vidor). In 1962, De Laurentiis bought land in Rome and started work, with government subsidies, on what would become Dinocitta — 'Dino City' — a sprawling production studio that opened in 1964 and was patterned after Cinecitta, the studio founded by Mussolini. Among the movies he made there was Barbarella (1968), the science-fiction film that featured Jane Fonda in various states of erotic dress, and undress."

When Dinocitta failed, he moved to the US and became a citizen in 1986. There were hits in the 70s, but flops in the 80s, such as David Lynch's Dune (1984), which helped send his company into bankruptcy. But he kept bouncing back, and had a hit with Hannibal (2001) with Anthony Hopkins reprising the role he'd scored so well with in The Silence of the Lambs (1991, and not a De Laurentiis picture). Also in 2001, the Academy presented De Laurentiis with the Irving Thalberg Memorial Award. As he accepted, he said, "I've been very lucky in my long life. On three continents, in diverse cultures, through happy moments, not-so-happy moments, and moments as marvelous as this one, I've had the privilege of working with the cinema's greatest masters."

Updates: "Mr De Laurentiis was among the first European producers to realize the potential of the international co-production," writes Dave Kehr in the New York Times. "In the early 1950s, when the vertically integrated Hollywood studios were breaking up because of a Justice Department anti-monopoly decree, studio-groomed stars were turning into freelance agents, and back lots were beginning to be sold off in favor of using location photography, the studios started to turn to outside suppliers to keep a steady stream of product coming in for their distribution apparatus.... A master at publicizing his movies and himself, Mr De Laurentiis made a lot of proclamations that were hard to take seriously. (He referred to his King Kong remake as 'the greatest love story of all-time.') He could also be wryly self-deprecating, as in this explanation of how he became a producer: 'I see my face in the mirror, and I said, "No, my ambition is not to be an actor."'"

Bilge Ebiri recalls De Laurentiis's "attempt to collaborate on The Bible with the great Robert Bresson. The story comes via Bernardo Bertolucci (who himself knows a thing or two about domineering producers), who relates it in the Cinematheque Ontario's monograph on Bresson, and relates to an encounter in the mid-60s. It's actually more of a Bresson story than a De Laurentiis story (and it may also, for all I know, be apocryphal), but I still have to share it." Go, read it.

John Francis Lane notes that, several years after La Strada won its Oscar, "Jean-Luc Godard, in a speech paying tribute to film producers, said at the Venice film festival: 'Without Ponti and De Laurentiis, La Strada would never have been made.' Fellini, who was present, shouted sarcastically: 'La Strada was made in spite of Ponti and De Laurentiis!'" Also in the Guardian: a picture gallery and a collection of clips.

Update, 11/2: "When Blue Velvet was made, nobody in the Laurentiis organisation knew what to make of it," writes David Thomson in the Guardian. "The inside views were that the movie was somewhere between ridiculous and hideous and without a chance of finding an audience. But the people who worked for Dino were hushed and guarded because Dino loved David Lynch and had let him make Blue Velvet as he wanted. This was 1986 when that kind of liberty was not supposed to happen any more. Some underlings sometimes wondered carefully to Dino what the film was really about. He admitted he didn't know. But he loved it. Well, I was called into the offices — they had a building on Wilshire Boulevard in Los Angeles then — and it shone like bronze. They showed me the film. I saw it alone. I came out and they looked at me, and I said it was a masterpiece. It is one of the few things I'm proud of, and it gave the picture a launch."

Updates, 11/13: "He could have been an Italian cousin of the East European Jews who built the American movie empire," suggests Time's Richard Corliss. "Short of stature, chomping on a pricey cigar, seated behind an enormous desk in a chair that elevated him above his visitors, he pursued his impulses with energy and chutzpah.... This golden huckster was susceptible to the spiels of other talented dreamers; he was a sucker for auteurs, from Roberto Rossellini to Sergei Bondarchuk, David Cronenberg to Sam Raimi. When Ingmar Bergman exiled himself from Sweden after a tax wrangle, he got De Laurentiis's backing for the Berlin-made The Serpent's Egg. After David Lynch had a hit with The Elephant Man, Dino financed Lynch's goofball epic Dune, and when no one in Hollywood would have lunch with the post–Heaven's Gate Michael Cimino, Dino let him make Year of the Dragon. More than an enabler, he was a creative businessman.... What other producer would find both EL Doctorow's novel Ragtime and Alex Raymond's Flash Gordon comic strip suitable for lavish film versions?"

Listening (3'42"). Criterion presents David D'Arcy's interview with De Laurentiis, originally included on the DVD release of Nights of Cabiria, in which the producer tells him the story of a run-in with Fellini.

Meantime, the AP reports that a public funeral service "will be held Monday at the Cathedral of Our Lady of the Angels in downtown Los Angeles."

Update, 11/16: "It will be a long time before Hollywood sees another Roman Catholic funeral the likes of which Dino De Laurentiis received Monday," writes Bill Higgins in the Hollywood Reporter. "At the cathedral's entrance, next to a large sign-in book set on a table, stood a 2x3-foot bronze lion that De Laurentiis kept prominently near the door of his Beverly Hills mansion. When guests would leave, he'd invite them to rub the lion's testicles for good luck. Besides the top of the curved tail, it was the only shiny part of metal.... David Lynch remarked that '10 strong men on PCP did not have the energy of Dino' and said the producer did love making deals — but he loved the films more."