Part of our continuing partnership with the online film journal, cléo. Every month, cléo will be presenting a great film to watch on our video on demand platform. In conjunction, we'll be hosting an exclusive article by one of their contributors. This month Mallory Andrews writes on Agnès Varda's Mur Murs, which is available to watch starting today in the US, Canada, Australia, and New Zealand.

They can be found on the margins of Los Angeles. Driving down the highway, something catches the corner of your eye, peeking out from the side of a building: one of the ubiquitous murals of L.A. Unlike the prominently situated billboards that plaster the freeways with crass messages to WANT, DEMAND, and more importantly BUY, these public artworks offer a fascinating counter-movement to this commercial blare, and this was how they first caught French director Agnès Varda’s attention during her time in the city. A part of her cycle of California-based films, Varda’s Mur Murs (1981) documented the street art of Venice Beach, Ramona Gardens, Watts, and other suburbs, revealing a snapshot of Los Angeles in the early 1980s.﻿ 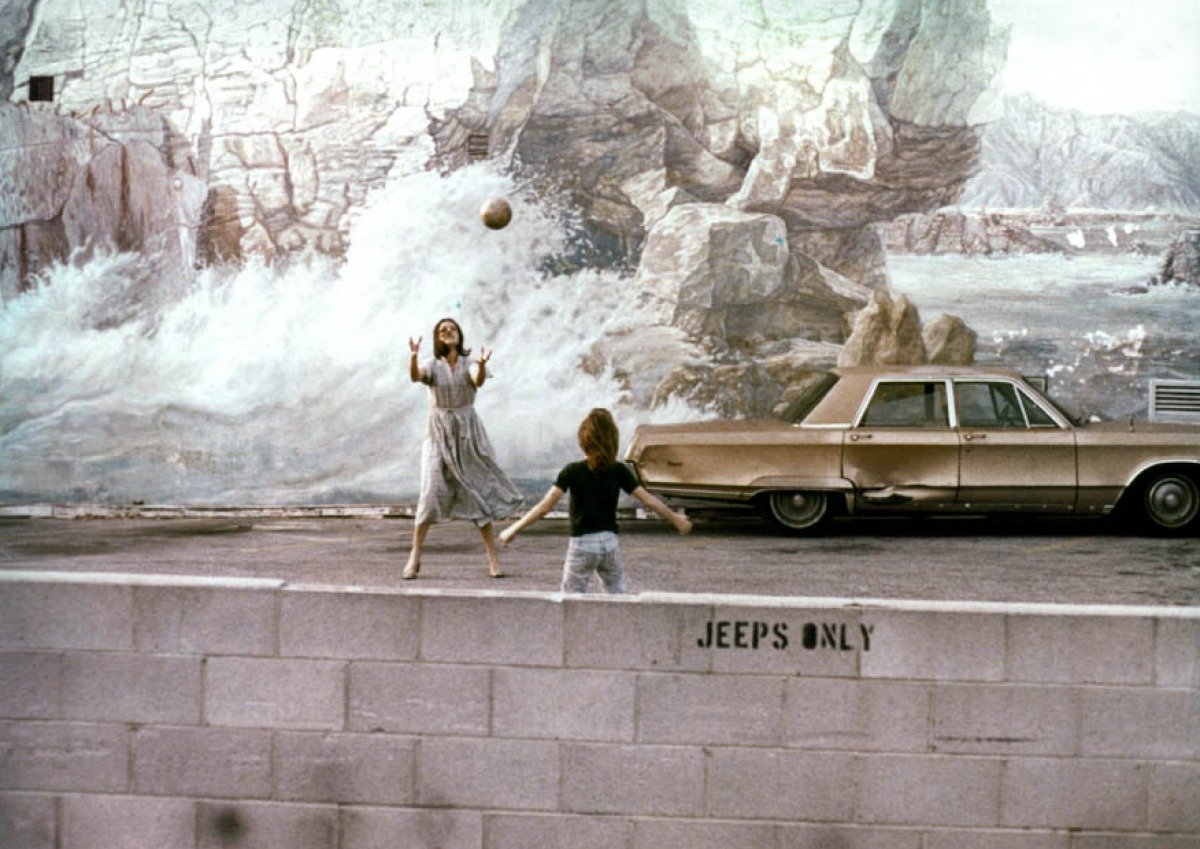 Time has not been kind to Mur Murs. Having been recorded on video has unfortunately dated the film’s somewhat crude aesthetic. But what it lacks in visual quality, it more than makes up for in formal innovation. Many works are unsigned or anonymous, so Varda undertook on the gargantuan task of tracking down the artists. Throughout the film, still images of paintings are accompanied by a male voice whispering name of the person responsible, re-authoring each piece with a sort of aural artist’s signature. Though the murals range from crude graffiti, to surreal landscapes, to photorealistic portraiture, Varda uncovers what could be considered a verified art movement. She explores the taxonomy of symbols that are common across many murals: dogs denoting faith (recalling religious works circa the Renaissance); or women as roses (or as the always brackish Varda puts it in her French-accented narration: "A woman is always a rose in the cliché of the tough guy's heart”).﻿

To uncover the hidden gems and artists of LA’s “outdoor gallery,” Varda moved freely (a then-virtue of the easily portable video format) through affluent neighbourhoods, Latino and black projects, community spaces, and private gardens. Over the course of speaking with the people that live with these murals, Mur Murs' true mission becomes clear: reimagining the forgotten and unspoken history of Los Angeles as told by the marginalized. It is a worthy precursor to her later autobiographical ethnography projects The Gleaners and I (2000) and The Beaches of Agnès (2008), both similarly using a bricolage essay structure examining the cast-offs of society.﻿

Speaking with community leaders in a predominantly Latino neighbourhood recasts the communities’ murals as a pictographic reportage of gang violence. Here, they are street art memorials, with stylized figures of men and women standing in for the dead. A huge painting covering the side of a local bakery critiques the culture of violence in their neighbourhood—gang activity reimagined as a fissure swallowing the community whole. Another piece examines the commonly held notion that Thomas Edison was born in Lagos de Moreno, thus revealing the inventor of the movie camera—the mechanical innovation that drives the economy of Hollywood—may have been of Mexican descent.﻿

These evocative histories are starkly contrasted in L.A.’s affluent districts, where murals subjects are more concerned with nature, beauty, and the encroachment of urban cityscapes into formerly green spaces. Born-again Christian Kent Twitchell’s building-sized portraiture reinterprets famous faces into new formations—a Holy Trinity casts the Father, Son, and the Holy Ghost as the unmasked Lone Ranger, the son from Father Knows Best, and the mother from Lassie. Later, Twitchell and a Hare Krishna follower offer their respective theological interpretations of a starry mural depicting an astronaut floating through space. And in another segment, the outer walls of an abattoir are adorned with a deceptively bucolic wrap-around landscape of pigs on a farm. For the people of L.A., Varda discovers, murals are not merely confined to the realm of street art, but cover tattoos, car decals, anything that could be considered a public form of expression. In a city where privilege and poverty live side-by-side, the writing on the wall reveals a people in uneasy conversation with each other. They adorn the walls of children’s playgrounds; mailmen walk by, unmoved; and the community’s powers-that-be tear down and build over sections, giving some paintings new poignance and meaning. They are everywhere, ephemeral, and impermanent.﻿

In a film filled with indelible images, Varda’s humanist touch is best illustrated by a sequence examining a portrait by Twichell, which covers the side of an unemployment office. The camera views the painting from a distance: a half dozen figures framed from the legs up. Twichell (in the foreground), explains that his painting’s subjects are based on six Los Angeles friends and fellow artists (each of whom can be seen in the background, standing under their larger-than-life likenesses). As Twichell speaks the subjects slowly walk towards the camera into the foreground. The scene ends with each figure now occupying the space once taken up by their mural counterparts: Varda’s framing and staging reanimates these once static figures back to full, breathing life.

“Murals” clarifies Varda later, in narration, “it means I exist.”﻿