Please excuse the reprehensible qualities of digital, composition, lighting and coverage in the below photos, but I thought I'd share a glimpse at Peter Kubelka's celluloid sculpture at the New York Film Festival, "Monument Film". It is being exhibited at the Walter Reade theatre in tandem with two screenings (accompanied by a lecture by the filmmaker﻿) that occurred on Monday at the Views from the Avant-Garde﻿ of a new film work by Kubelka, Monument Film. This work isn't a film so much as a material-projector-theatrical experience/performance: it began with a projection of his 1960 film Arnulf Rainer—a short of overwhelming, assaultive visual-aural intensity made up of black frames, empty (clear) frames, white noise and silence—and was followed by a projection of his new film, Antiphon, a work that is made up of the material inversion of Arnulf Rainer. Where the old film has a clear frame the new one has a black one, where one has silence the other has noise. (Though, as Kubelka pointed out, it is impossible to make this inversion totally exact, as over fifty years has passed between two films.)  Next, the two works where projected side by side on the same screen in perfect sync. And finally, the two films were projected on top of one another, again in perfect sync.

The exhibit, as can only be partially be gleaned below, is installed on three walls: on the right, facing inward, is the entirety of Antiphon; on the left, facing inward (and seen only obliquely in my photo) is Arnulf Rainer. In the middle, facing outward, are the two films placed on top of one another. 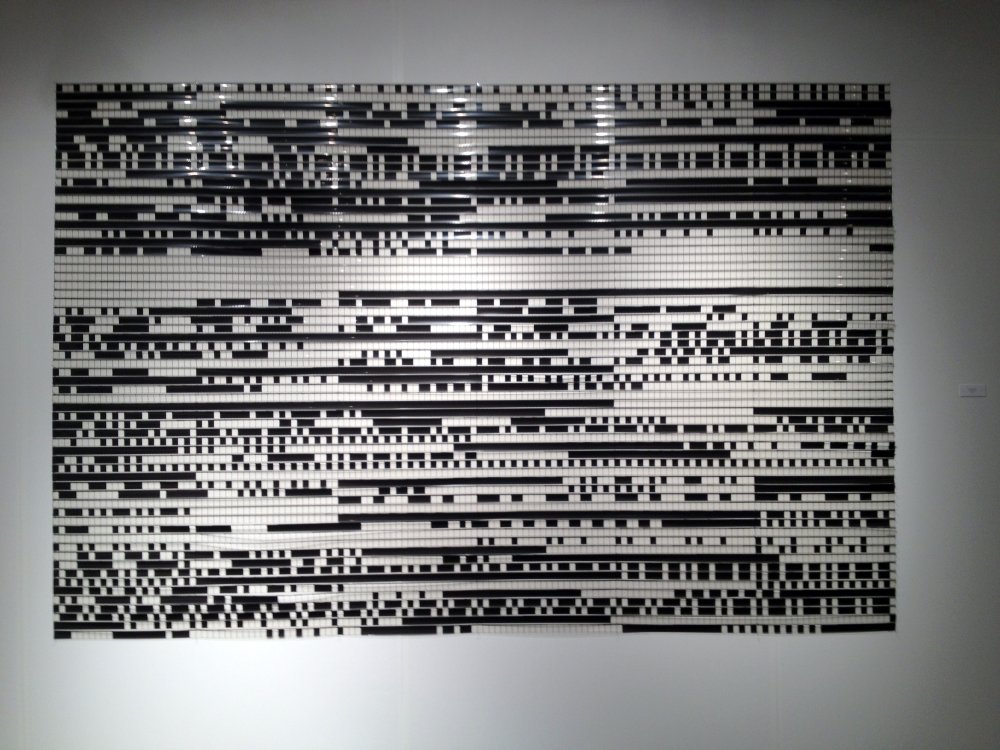 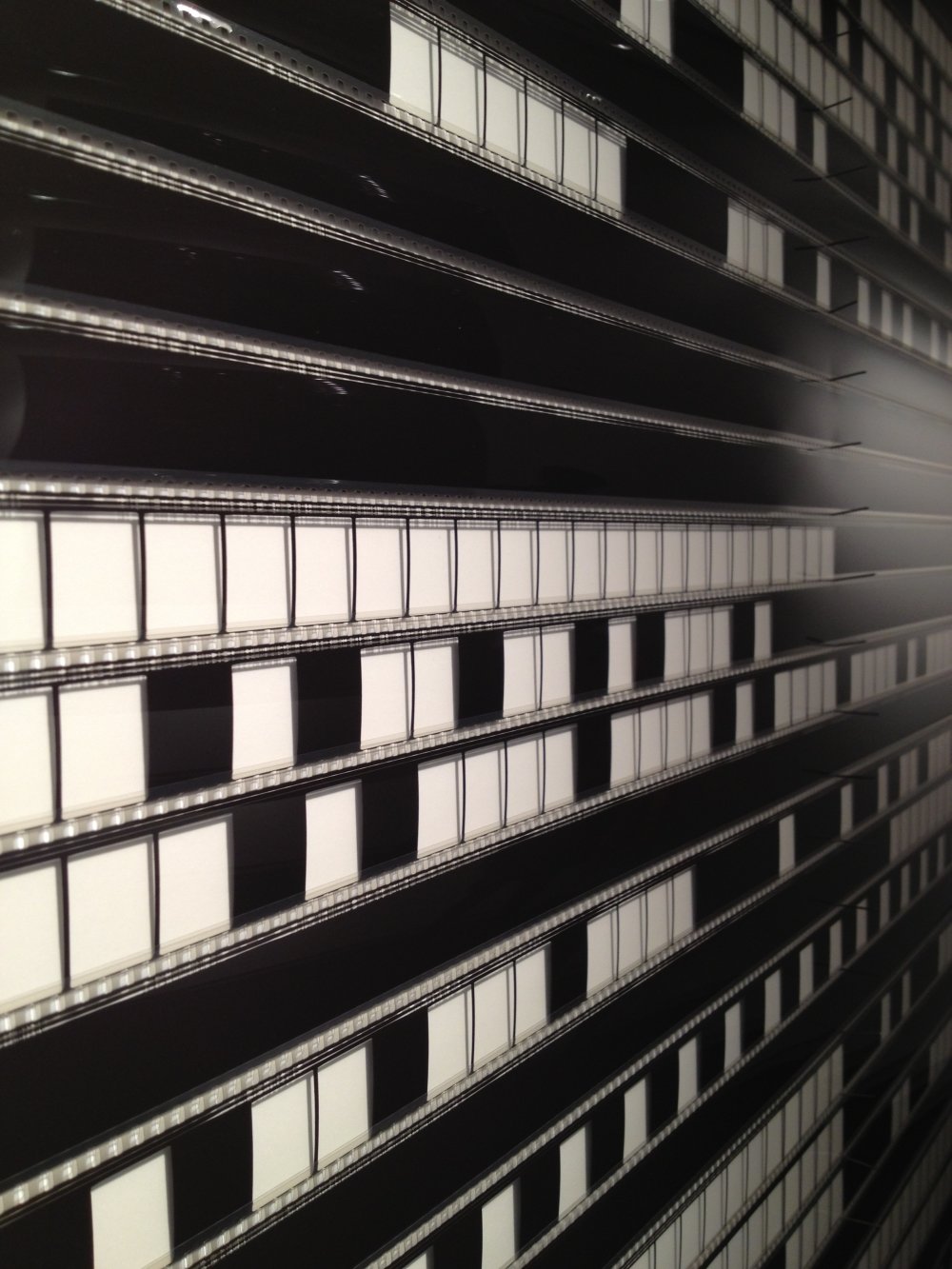 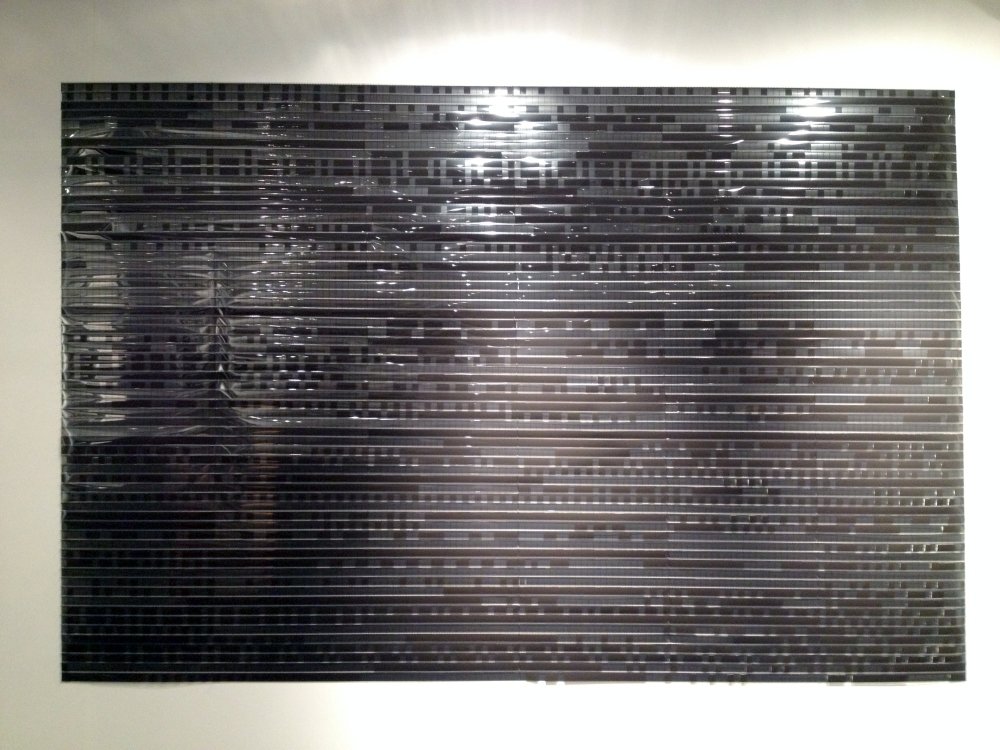 Above: Arnulf Rainer laid on top of Antiphon.