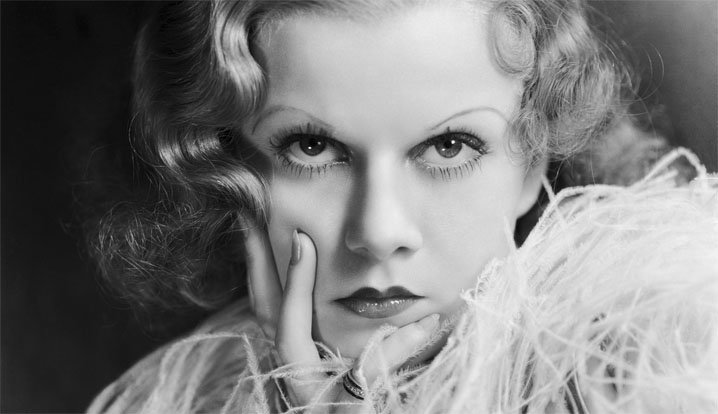 "MGM writer Harry Ruskin recalled: 'The day "the baby" died there wasn't one sound in the commissary for three hours... not one goddamn sound.'" That's from Dina-Marie Kulzer's overview of a life cut short in 1937 by kidney failure. Jean Harlow was all of 26, but she'd appeared in 36 films and — a first for any movie actress — on the cover of LIFE. She would have turned 100 today and to celebrate, the Kitty Packard Pictorial is hosting a rich and varied blogathon running through Sunday. Do go and explore.

By the way, out this week from Warner Home Video and TCM's new series of four-title DVD packages is TCM Greatest Classic Legends: Jean Harlow, featuring Dinner at Eight (1933), Libeled Lady (1936), China Seas (1935) and Wife Vs Secretary (1936). TCM also wants Angelenos to know that on Sunday, Darrell Rooney and Mark A Vieira, authors of Harlow in Hollywood: The Blonde Bombshell in the Glamour Capital, will be at the Egyptian Theater, where there'll be a slide show and a screening of Bombshell (1933).