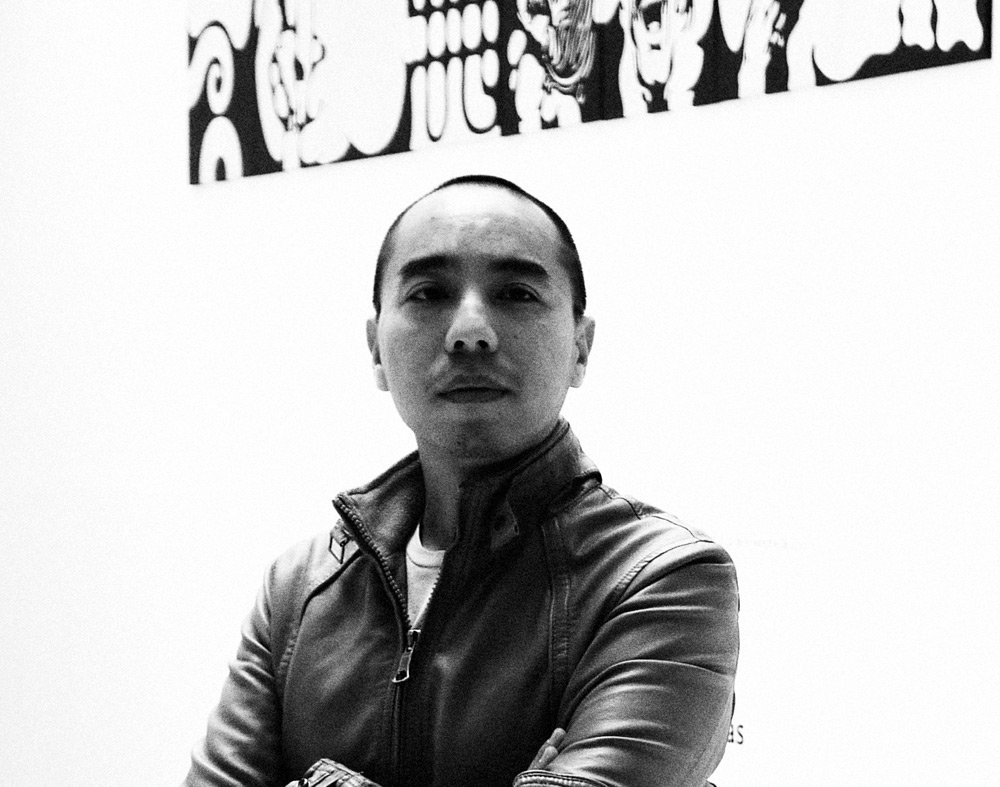 Two years ago Apichatpong Weerasethakul brought a feature film to the Festival de Cannes and walked away with one of the most adventurous Palme d'Ors ever given out. He returned to the Croisette in 2012 to present two shorter projects: the mini-feature Mekong Hotel, assembled from slivers of an unproduced feature project and combined with other ideas, and Ashes, a short film shot on the LomoKino camera and part of a collaboration between the filmmaker, Lomography and MUBI. (Ashes﻿ is now playing for free on MUBI.) I had a chance to sit down and chat with Apichatpong behind the noisy fervor of the Short Film Corner, deep, deep under the festival's palais right after he'd addressed a crowd of young filmmakers.

NOTEBOOK: I overheard two anecdotes from your master class in the Short Film Corner...one was a warning about not making films while in love?﻿

APICHATPONG WEERASETHAKUL: [Laughs] Yes...I don't know why I'm really career oriented, but I'm also happiness driven, so there's a kind of conflict. When you're in love you are so happy, and when you make movies you are so happy, so these two happinesses are competing with each other. Both of these loves require time and commitment and money, so that's why for young filmmakers I say “don't fall in love.” Of course this is half-joking, as you can't help falling in love, but how can you deal with that, incorporate one love into another?

NOTEBOOK: That reminds me of one major critical line on the work of Jean-Luc Godard from the 1970s onward, that he struggled to fully integrate domestic life with working life.

APICHATPONG: Yeah, yeah. Of course, when you're making films, there's a lot of traveling, being away from home. For the past few years, I've been doing this a lot and it's been making me appreciate home more. So my latest work has been more intimate. 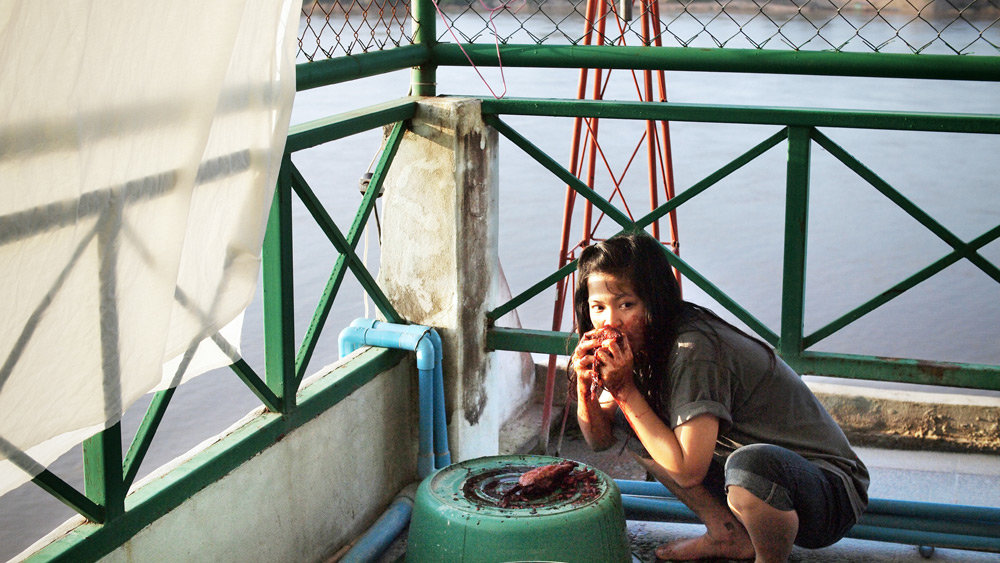 NOTEBOOK: You also said you go to Hollywood movies to find inspiration, although thinking about the monkey suits of Boonmee and the intestine-eating ghosts of Mekong Hotel, this doesn't surprise me.

APICHATPONG: I have always been really fascinated by Hollywood movies from early on because of special effects, from E.T. to recent films. It's like looking into the future of cinema, because Hollywood's been perfecting its craft for so long, it's impossible to compete. So for developing countries I don't think copying them is the way. But I enjoy them because it's a glimpse into the future of the moving image; it's inspiring.

NOTEBOOK: Well, it's funny you mention E.T. Because I assume with the kinds of films we grew up with in the 80s the effects have aged quite well, all models and less digital imagery. But now, I get the feeling these special effects films will date faster than ever; they look like the future now, but in a couple years they'll look more dated than older films. Tell me about Mekong Hotel. It feels like a very small shoot. The credits suggest you did nearly everything, shoot, direct, edit...

APICHATPONG: [Laughing] Yes. It was quite an interesting way to work for me. Usually in other movies we stay at different hotels, we go out and shoot and come back in the evening. But in this case there is no location, there's only the place we stay, so that eliminates one complication of the production. The location became a part of the filmmaking and the lifestyle. It was very liberating to just wake up in the morning, talk like “okay let's shoot this or this moment.” I can understand how Von Trier made Dogville in the studio, eliminating location entirely.

NOTEBOOK: You're also living with your cast and crew.

NOTEBOOK: And that set seems made up with all these different elements, small stories, unrealized projects, like different rooms in the same hotel. 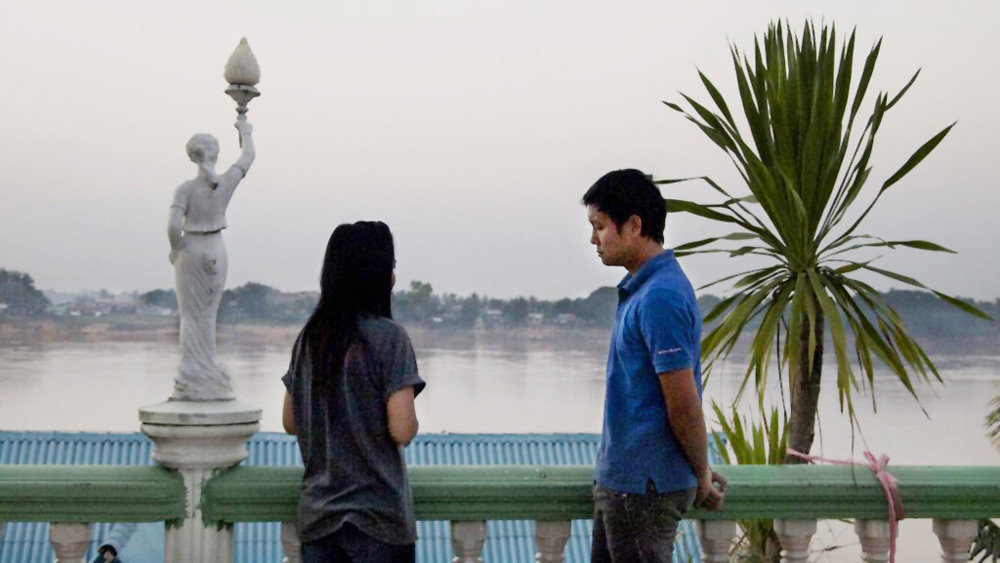 ﻿NOTEBOOK: The guitar music that begins the film and really is the soundtrack for the whole experience, the connective tissue between these “rooms”...how did this come about?

APICHATPONG: The guitarist and I are old schoolmates from high school, but we drifted apart more than twenty years ago. But then I met him again—I hadn't expected to ever meet him again!—but I met him in the north of Thailand, where I'm living now. He's a musician there. I found it very special because when in high school we were quite close, so there was a lot to catch up on, so this was almost a ploy to do this project. I explained what I wanted to do in the new film, I told him it's a story of vampires and stuff like that. He did the music draft, and we worked together as a way to catch up.

NOTEBOOK: This relaxing music is what he came up with when you told him you were making a vampire-ghost film?!

APICHATPONG: Yes! Well...not vampire, I told him about this unproduced film I wrote a few years ago, Ecstasy Garden, and I wanted to rehearse it, so based on that idea I asked him "how does this make you feel..."

NOTEBOOK: How do you work with your sound designer? Your soundtracks are always very rich.

APICHATPONG: My sound designer is also an artist, so he understands the value of everyday sounds, especially the ambiance, the city sound. There are many sounds I can imagine a sound designer would want to cut out, but he wants to stress it. So our work together is more collaborative, I work a great deal with him.

NOTEBOOK: Do the sounds come from the locations or are constructed afterwards?

NOTEBOOK: Ashes you shot in a variety of 35mm stocks on the LomoKino camera, but then you end the film with a digitally-shot finale. Why the combination, why end this way?

APICHATPONG: I didn't know I would at the beginning, but eventually I just wanted to try, to see if they could go together. And I think it does, the digital and the analog co-existing. In a movie that talks about the transformation, the...how do you say...the passing of something, in a situation that's quite hopeless. The memory of something that's gone. The last scene with the fireworks is a funeral. I think this says something about the medium itself, it is transforming or dying.

NOTEBOOK: And something about Thailand too?

APICHATPONG: I think so. Because I always think Thailand is going through a very interesting time, in a negative way. She...she's like a ship that is slowly sinking.

NOTEBOOK: When you returned there after winning the Palme d'Or, did you find the atmosphere different in terms of the idea of Thai filmmakers making movies seen internationally?

APICHATPONG: Yes, it was different but very short lived. It was a revelation that film culture is very young there, which is all about the foreign perception or appreciation. When I went back there were quite a lot of advertising offers and game shows, things that I refused because they were all so superficial.

NOTEBOOK: You've been working on all these varied projects, the Primitive project, and now this commissioned Ashes short, and the short feature Mekong based on a longer unproduced project...do you see yourself continuing to work in a varied way or is making feature films the main goal and the path you're taking is a matter of funding?

APICHATPONG: Feature filmmaking never brings money. So it's automatic that I find other things in the arts, but that doesn't mean I was forced or desperate to do such things. They are things I'm really interested in, that are stimulating changes. When working on a feature it takes two years, four years, a very long time. And you have the urge to change, to do something quickly. Making shorts are easy because they're always so short! Yet, working on these shorts inspires me to make features. So it's a cycle, each propelling the other.

NOTEBOOK: Can you imagine turning Ecstasy Garden into a feature or has working out your thoughts on Mekong Hotel satisfied you?

APICHATPONG: Yeah I think the latter case, because Mekong Hotel showed me what it would be like, how this actress would deliver this kind of dialog...it is enough.

NOTEBOOK: Tell me about the film festival you...ran? Started? Set-up? Directed? It was this last March, I believe.

APICHATPONG: I was programming with Tilda Swinton on an event we called Film on the Rocks on Yao Noi, an island in the south of Thailand. We wanted to have an explosion of ideas from many people who attended, from different fields: filmmaker, actor, fashion designer, architect. All these people to share, a platform to exchange dreams and memory. Whether it be a piece of music, a piece of poetry, a movie, books that they bring to the island, this island, and we have three nights together showing films, talking during the day, doing sessions, cooking sessions, exploring the islands or just talking about “art” [laughs]. But it was quite an exclusive event...I was happy but the lesson for that was that we need to expand, we need to share more, not only in this small world.

NOTEBOOK: So you are planning on doing it again? Or in a different place? Is the idea kind of mobile event?

APICHATPONG: The organizers are thinking about that. But for me, I think that the best for the festival is to move on to a different curator, programmer each time. It's more exciting that way, I think; and now they are doing foundation work towards this end, and I think I'll be more helpful in terms of running the foundation's policy.

NOTEBOOK: To return to Ashes, I didn't know how the camera worked before seeing your film and I was startled by the super low framerate, which produces an almost slideshow effect. It made me think of Marker's La jetée, this line between the moving image and the still. Did you anticipate this effect?

APICHATPONG: Yeah I didn't know, there was a deadline and if I had more time I could have experimented, sent footage to the lab and back. But in the manner I worked here, the camera asks you to be patient, to keep it mysterious, not knowing. Maybe that's the best way to work, not to expect anything, but to see what happens.﻿ 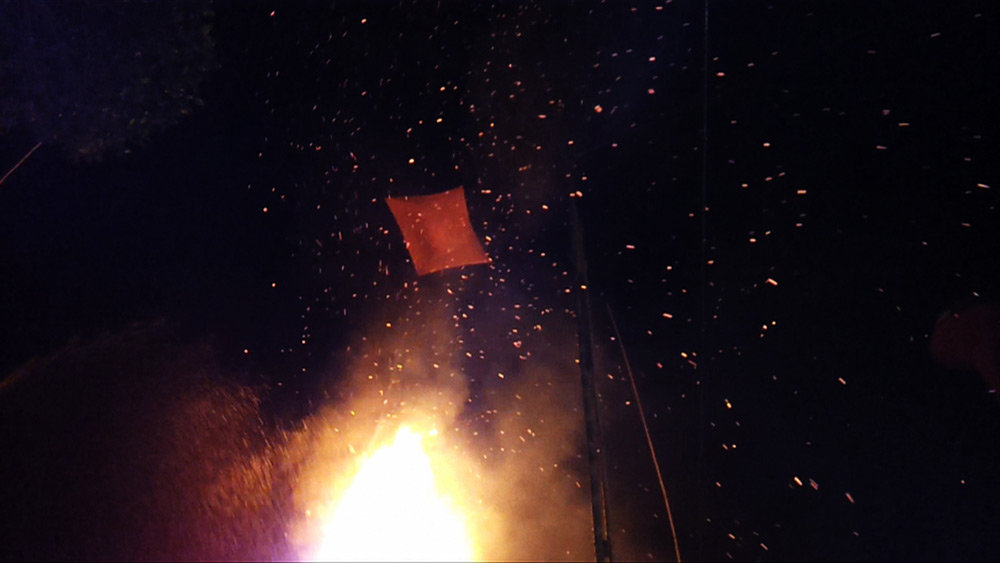 Above: Ashes in digital.