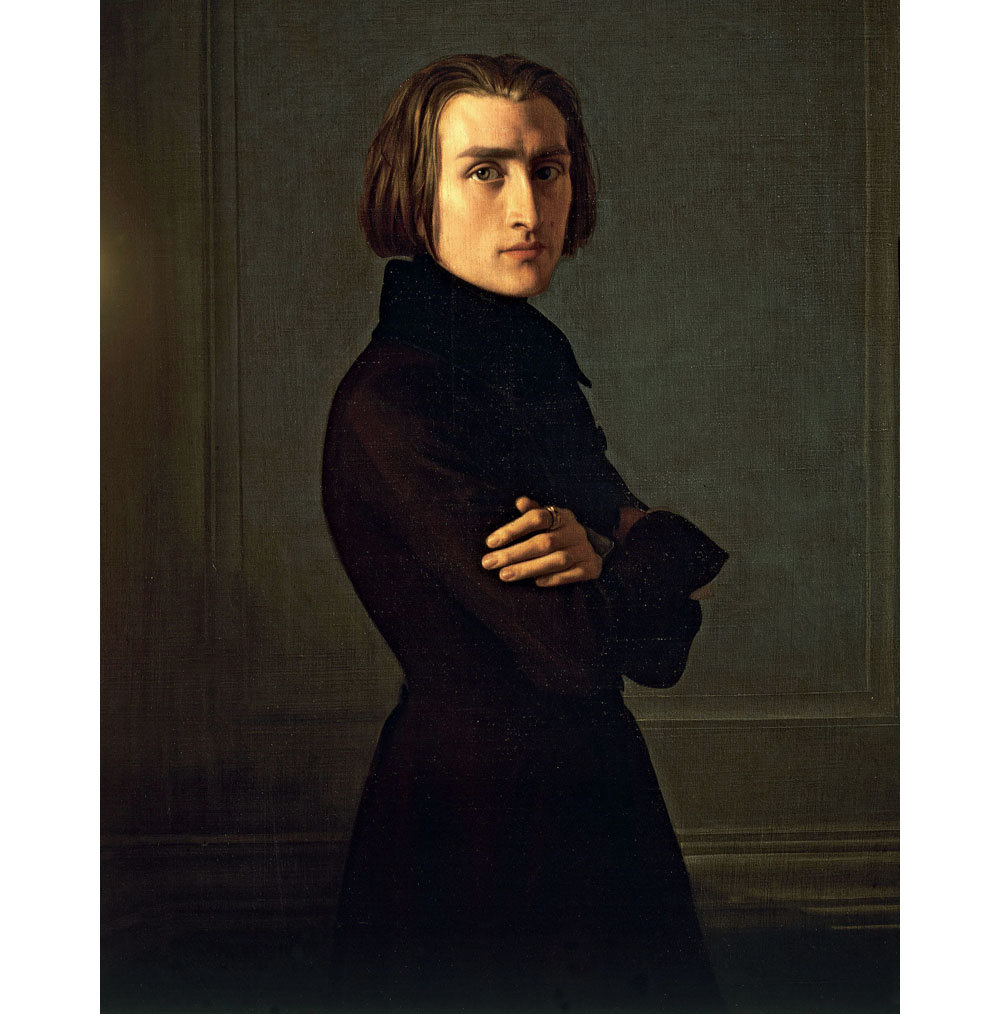 "A very happy birthday to Liszt Ferenc, who was born two hundred years ago today," blogs Alex Ross, introducing a brief but — coming from the author of The Rest Is Noise — essential roundup.

Like many (many!) commentators today, Phil Harrell makes the case for Franz Liszt as the world's first rock star, here for NPR: "In the mid-19th century, Liszt was tearing up the polite salons and concert halls of Europe with his virtuoso performances. Women would literally attack him: tear bits of his clothing, fight over broken piano strings and locks of his shoulder-length hair. Europe had never seen anything like it. It was a phenomenon the great German poet Heinrich Heine dubbed 'Lisztomania.' … Liszt deliberately placed the piano in profile to the audience so they could see his face. He'd whip his head around while he played, his long hair flying, beads of sweat shooting into the crowd. He was the first performer to stride out from the wings of the concert hall to take his seat at the piano. Everything we recognize about the modern piano recital — think Keith Jarrett, Glenn Gould, Tori Amos or Elton John — Liszt did first…. The cultural impact of Lisztomania continues to take various forms today. In 1975, Ken Russell directed a film called Lisztomania, starring The Who's Roger Daltrey as Franz Liszt. (It was a bit over the top, anachronistically adding pyrotechnics and gunplay to Liszt's already-flamboyant stage show.) Then, just a couple years ago, modern rock fans fell in love with the song 'Lisztomania' by the French band Phoenix. 'I love classical piano, so I have to love Liszt,' says Thomas Mars, Phoenix's lead singer. Mars says he wanted to write an homage to Liszt; the band even recorded the video for the song outside Liszt's home in Bayreuth, Germany."

Morning Edition's music commentator Miles Hoffman: "He wrote incredibly difficult music — music that completely bowled audiences over. And at the time it was music only he was capable of playing." Noting Liszt's influence on Wagner, Bartók and Debussy, he adds, "I would make the case that Liszt was not so much a great composer but was an extraordinarily important composer."

"He was, to be sure, an unrivaled performer ('A god for pianists' in Berlioz's words), a man of unusually catholic artistic interests and the 19th century's nearest approach to a Hollywood superstar," writes Kenneth Hamilton in the New York Times. "But although he is surely significant enough to celebrate, the question whether his music is actually any good has never really gone away." 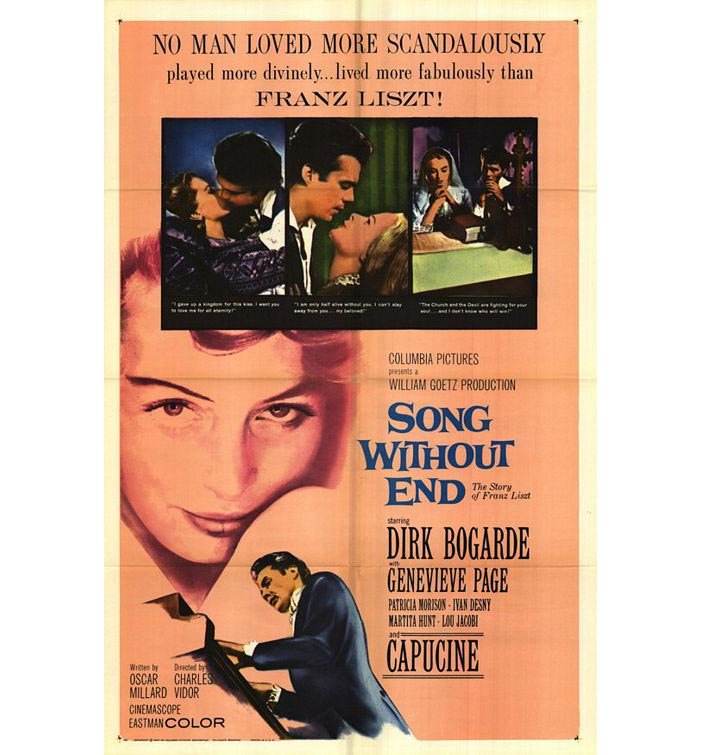 "Franz Liszt got the Hollywood treatment in the lavish film biography Song Without End (1960), with English heartthrob Dirk Bogarde making his US film debut as the Hungarian composer." For TCM, Frank Miller tells the story of a ridiculously troubled production: "For leading lady, [Columbia Pictures] chose former model Capucine to make her film debut… Bogarde and Capucine hated the script and found [director Charles] Vidor unreasonable and often foul-tempered. He repeatedly screamed at her to relax and, according to Bogarde, at one point 'shook Capucine like a dead cat.' The co-stars frequently escaped the horrors of filming for picnics in the Austrian countryside, prompting rumors linking the gay actor with his bisexual leading lady. Then the director died of a heart attack (some said it occurred while he was having an affair with an extra). Far from mournful, Bogarde wrote his family that he was relieved and even optimistic when he met Vidor's replacement, George Cukor."

Let's mention one more, Márton Keleti﻿'s Szerelmi álmok — Liszt (Dreams of Love — Liszt, aka The Loves of Liszt, 1970). Wikipedia: "While the movie was criticized for some of its historical inaccuracies, its epic scope and intense scenes of virtuoso musical performances won wide praise and has been credited with affecting the cultural landscape of the 1970s Eastern Europe."

Portrait of Franz Liszt painted by Henri Lehmann in 1839.﻿ For news and tips throughout the day every day, follow @thedailyMUBI on Twitter and/or the RSS feed.﻿