This is the fourth and final dispatch on some of the goods offered by the 57th London Film Festival’s ‘Experimenta’ section.

Is it problematic to name a film festival’s programme strand to denote some kind of aesthetic experimentation? Surely, the argument goes, all works of art operate and evolve within and along what Mark Cousins has defined as a “schema + variation” trajectory. Even the most formulaic film contains a tension between familiarity and originality. Those mainstream films we customarily understand to be genre pieces work within established parameters (aesthetic, narrative) and are often interpreted accordingly, in relation to how they fit within certain tropes.

To consciously programme a number of works under the umbrella term of ‘Experimenta’ may actually marginalize the films rather than draw new audiences to them. Great for those already inclined toward such works—those who’ll seek out films precisely because they’re unlikely to see the light of day when it comes to theatrical exhibition. But not so great for educational and outreach remits—unspoken or otherwise. Many such works are defined by and consequently limited to their own niche appeal. As a result, we might define ‘experimental cinema’ not only in terms of its aesthetic and/or production trends, but also in relation to its exhibition contexts. Indeed, these films are provocative not just because they repurpose familiar imagery, but because their exhibition spaces also come with socially entrenched expectations.

This isn’t to argue that the latest short by, say, Ben Russell (commented on in Part 2) should screen in a multiplex in London’s Leicester Square. Rather, the more pressing concern is why such expectations exist, and to think about how we might dissolve certain boundaries between one class of film and another. As a social event, a film festival ineluctably expresses the social character of its own age—and to suggest LFF reinforces such tensions is not to castigate it… at least not too much. One short-term solution might be to think about how one can programme and market shorts and mid-lengths better. Another, more long-term solution, is the eradication of class society altogether. That task necessarily goes beyond the cinema, of course, but it might also be impacted upon and accelerated by the cinema—and, perhaps especially, by those who shape the debates around it. 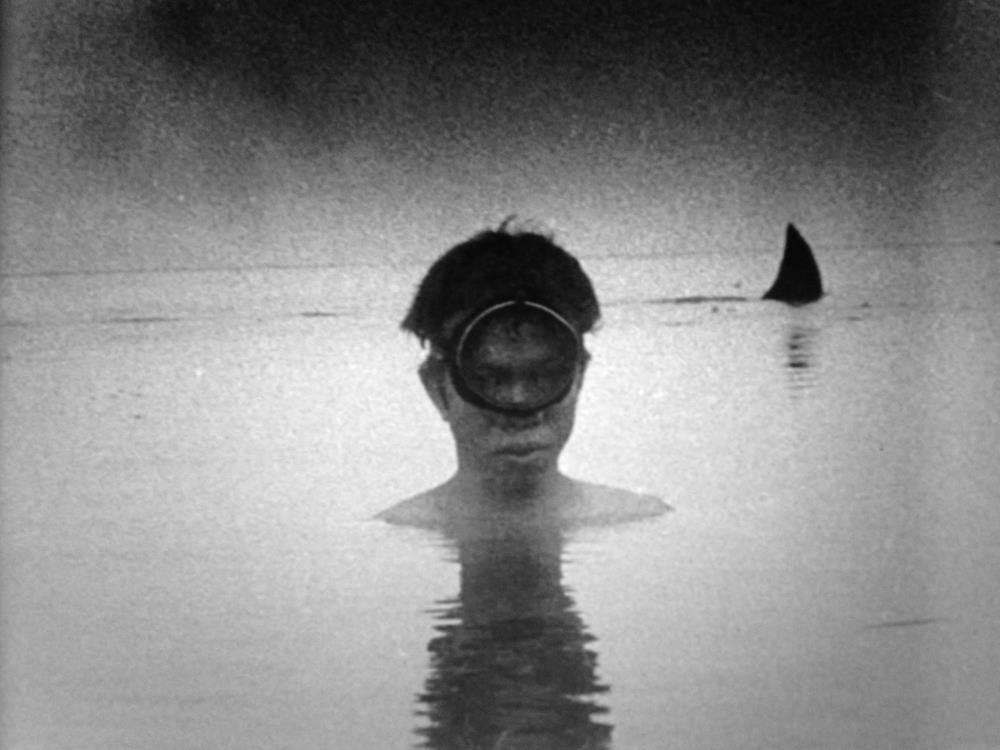 Needless to say, though this year’s ‘Experimenta’ was as uneven as other strands (‘Dare’, ‘Love’, ‘Debate’, ‘Laugh’, etc.), some of its stronger titles deserve wider coverage. Of those not already written about in these dispatches, two features in particular stood out. At the beginning of Filipino writer-director Gym Lumbera’s Anák Araw, we see the blemishes of celluloid enliven an otherwise black screen, before 26 shots of a child’s alphabet chart (“a is for apple”, “b is for ball” and so on) prime us as to the film’s thematic currents: language and learning, diction and discovery, and the interrelations between image and text.

With its monochromic evocation of period filmmaking, this Filipino-USA co-production vaguely resembles Raya Martin’s Independencia (2009), though while that film was lavishly artificial, this feels at times like it was found and reassembled from the archives – and its hermetic world, scratched and tarnished and ephemeral, is suddenly ruptured by the voice of Nat King Cole, who is heard on a car’s radio giving his phonetic rendition of the Filipino love song ‘Dahil Sa Iyo’. Cole’s ‘Quizás, Quizás, Quizás’ was of course used frequently in Wong Kar-wai’s In the Mood for Love (2000), over scenes in which two Cantonese would-be lovers dined on westernised goods; capitalism’s imposition upon and reappropriation of other cultures seems to be symbolically mirrored here by those scenes in which a Filipino shoots the sky while shark fins swim around him with predatory menace. Every man is an island.

Colonialism is also a concern in Yervant Gianikian and Angela Ricci Lucchi’s Pays Barbare (“barbaric land”), a found-footage essay film that repurposes propagandistic images shot between the 1920s and 1940s to justify Mussolini’s fascist government expanding into Ethiopia—whose people were documented as savages in need of cultivation. As both an assemblage of hitherto unseen footage and a snapshot-succession through Italian politics, Pays Barbare resembles a cross between Bill Morrison’s Decasia (2000) and Maria Helene Bertino, Dario Castelli and Alessandro Gagliardo’s An Anthropological Television Myth (2012).

Like the former film, Pays displays the wear and tear of its own material footage, and like the latter film, it proceeds through a comparatively brief chronology firstly to disorienting effect and secondly (and cumulatively) to a more incendiary stir. Though prone to seemingly arbitrary aesthetic choices—colouring or negativizing the footage, for instance—there are moments of chilling power here. One such moment is that in which a telegram is read in voice-over, in which Mussolini vindicates the use of gas “for superior reasons of national defence” (i.e., the extermination of a mass race). Another is the film’s parting line, which confronts its audience to remind them of a banal but immovable truth. Each period has its fascism.