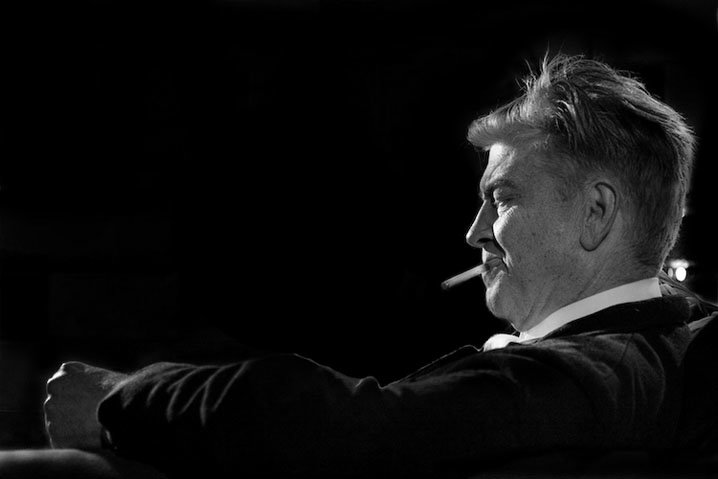 "On the occasion of David Lynch's 65th birthday (and with the 25th anniversary of his masterpiece Blue Velvet coming up this September), Flavorpill presents 65 obscure facts about the renegade director/writer/photographer/musician/artist." Aaron Wertheimer's got a fun list there. For example, "7. In the early 80s, Stanley Kubrick referred to Eraserhead as his favorite film." Less of a surprise: "12. His favorite painter is Francis Bacon."

In the current LA Weekly, Gustavo Turner talks with Lynch about the singles he's been releasing lately, but not before noting: "Anyone familiar with his film work has long figured out that Lynch is a genuine sound freak: Witness the uncanny industrial soundscapes of Eraserhead, the unforgettable aural stampede that elevates The Elephant Man, his 180-degree redefinition of Bobby Vinton and Roy Orbison in Blue Velvet, the groundbreaking romanticism of the Twin Peaks score, the jagged, deranged edges of Lost Highway and, especially, his covert beatnik musical Wild at Heart. It wouldn't be much of a stretch to say he possesses the keenest ears among all major living Hollywood directors." And to accompany the interview: "A Selected David Lynch Discography."

For the Houston Press, Troy Schulze has "compiled some of the best clips from the director's non-feature material: commercials, spots, music videos and shorts."

Several years ago, a Guardian panel of critics put Lynch at the top of its list of the "world's 40 best directors." Here at MUBI, the Forum topic "Favorite Moment in a David Lynch Movie" ran on for a few pages, followed by another discussing Lynch's own "10 Clues to Unlocking Mulholland Drive." Salon's 2001 guide to that film, topping or nearly topping more than a few best-of-the-decade lists at the end of 2009, remains a classic.

Update, 1/23: Via Not Coming, some pretty wild news from Dugpa: "Lynch appeared on Morning Becomes Eclectic earlier this week and spilled the beans on an upcoming Blue Velvet Blu-ray release. Most interesting is that the Deleted Scenes that were thought to have been destroyed have been found!!!"