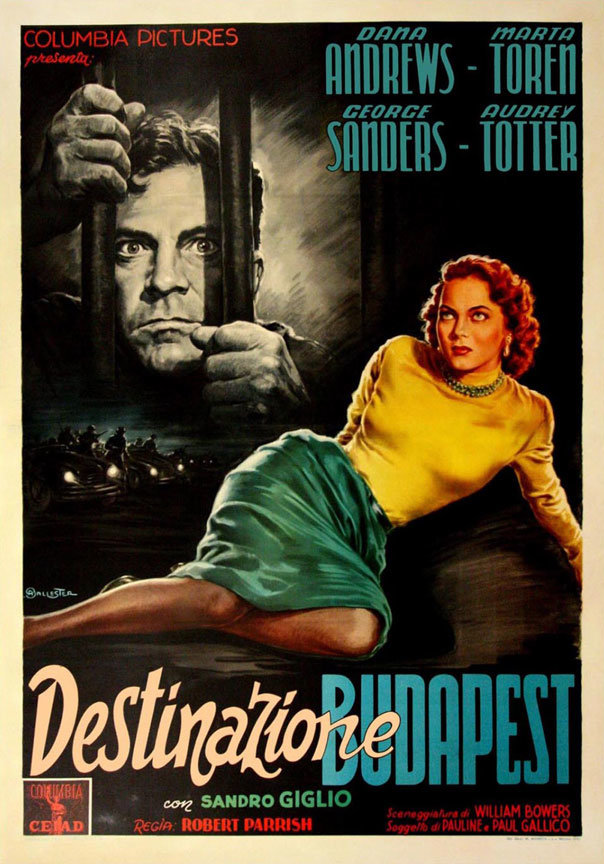 On its way to Italy the title of this little known 1952 film about an American reporter in Paris got changed from Assignment - Paris to Destination Budapest. Perhaps, in the midst of the cold war, Budapest was more alluring and dangerous than Paris, which certainly suits the typically dramatic artwork of the great Anselmo Ballester (1897-1974). What Leonard Maltin describes as a “fitfully entertaining drama of reporter Dana Andrews trying to link together threads of plot between Communist countries against the West” looks, in Ballester’s hands, like the most torrid of noirs. As in his great poster for Affair in Trinidad, Ballester renders his male lead in monochrome, all the better to highlight his leading lady, here resplendent in a tight yellow sweater and a shimmering green skirt (who ever painted the folds of women’s clothes more transcendently than Ballester?).

The Ballester website maintained by his grandson Claudio Procesi (a professor of algebra at the University of Rome), contains copies of many of Ballester’s original paintings before the addition of type, and here you can see a much brighter version of the painting, still dominated by the lady in the yellow sweater. 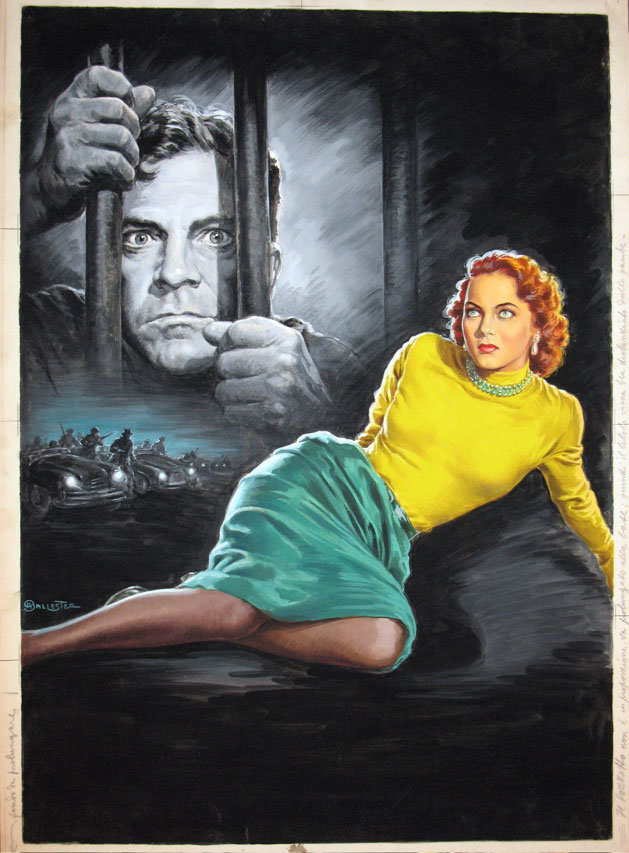 The lady in question is one Märta Torén, and maybe by chance, or maybe by desire, Ballester painted her on at least three other occasions during her tragically short career. Born in Sweden in 1925, Torén was plucked from the Royal Dramatic School in Stockholm and taken to Hollywood where she was groomed by Universal to be the next Ingrid Bergman. In 1949 she appeared on the cover of Life magazine with the tagline “How a New Actress Sees Hollywood” and was featured inside in a photo essay by Philippe Halsman following three days in the life of a Hollywood starlet. Over the next few years she played Europeans of all different stripes (and even an Israeli freedom fighter) in exotic locales, mostly in films that are little remembered today. ﻿﻿

According to the website Glamour Girls of the Silver Screen, which has a comprehensive timeline of Torén’s life and career pieced together from magazine articles and gossip columns, “publicity pictures from her early years in Hollywood tend to focus on her beautiful eyes, which have a luminous quality with color shifting from blue to gray to greenish hues and having a fairly slight slant, giving them a faintly Oriental look ,” and the Life article opens with “The big hypnotic eyes you see at left and on the cover are the greatest charm of Marta Toren.” In black and white no less. But Glamour Girls also mentions that she “rallies against publicity campaigns to make her known as ‘The Eyes,’ because her almond-shaped, blue-gray eyes are considered unusual.”﻿

In 1951 Torén left Universal after three years and signed to Columbia, for which she made Assignment - Paris and starred opposite Humphrey Bogart (another Ballester favorite) in Sirocco (1951) which was retitled Damasco ’25 in Italy.﻿ Ballester painted both the 2-foglio and the 4-foglio posters for her best-known film. Torén﻿’s celebrated eyes were no doubt a dream for the great colorist. 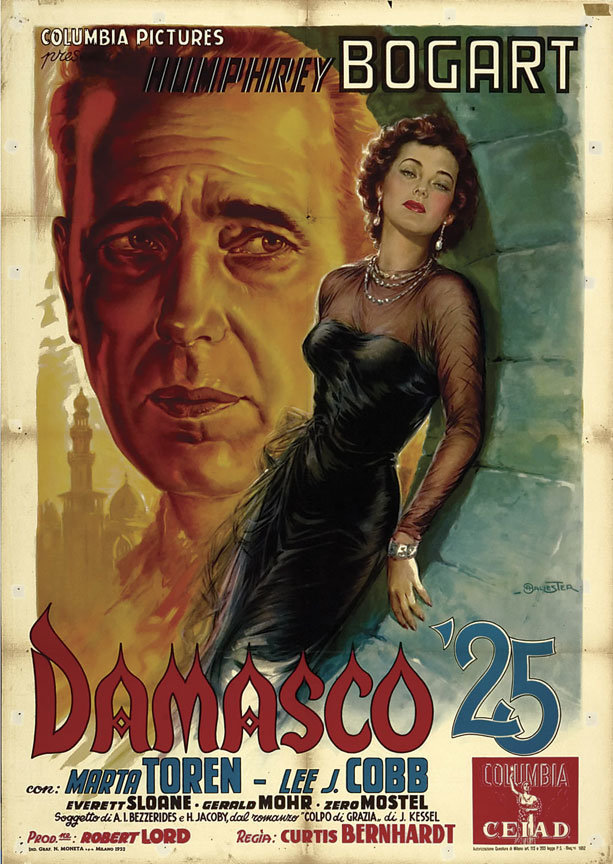 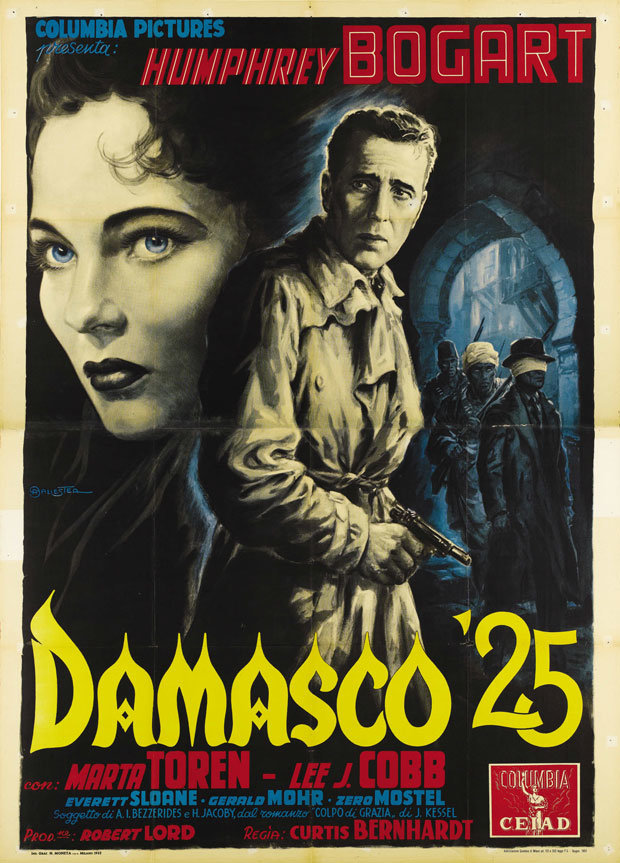 Torén﻿ also appears with Richard Basehart in Ballester’s poster for the 1955 Italian film La vena d’oro, the original artwork for which is below (you can see a small version of the finished poster here). 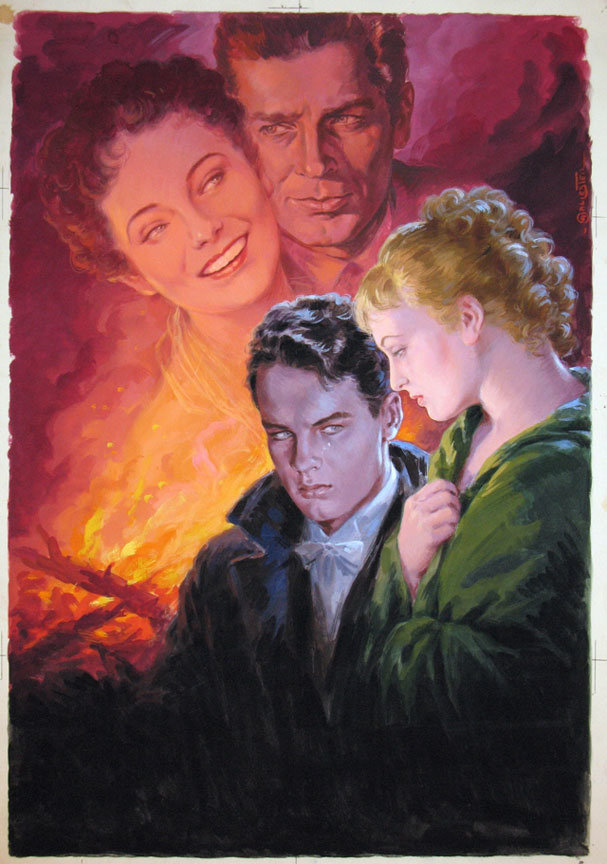 There is one other poster, this one not by Ballester, that I want to feature, just because it highlights Torén (and those eyes) so beautifully: a Belgian poster for the 1952 film The Man Who Watched Trains Go By (a.k.a. The Paris Express). 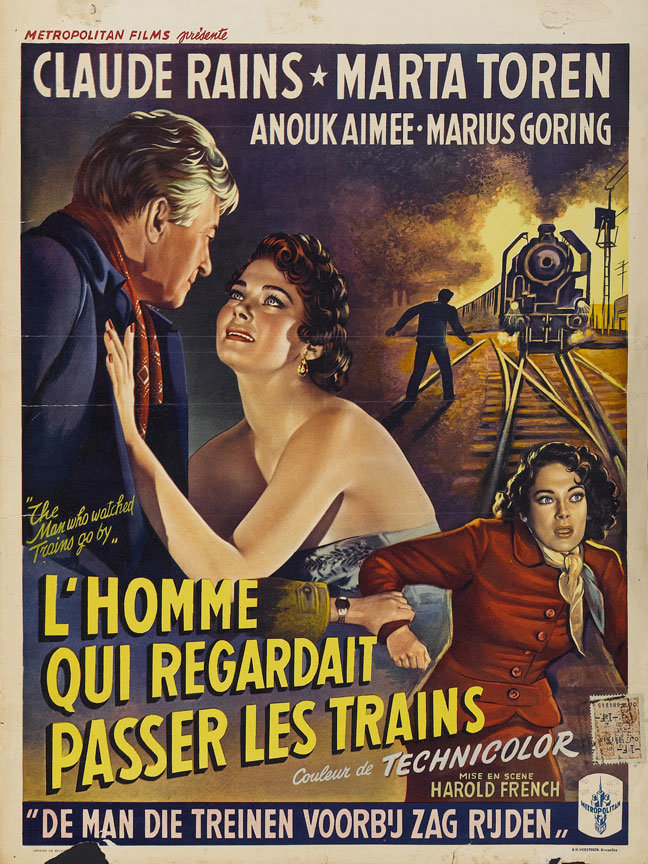 In 1952 Torén became an American citizen and married American director Leonardo Bercovici. The following year she settled in Rome (where she became good friends with Ingrid Bergman), gave birth to a daughter and began to work mostly in European films.

In 1957 she got a chance to go back to her roots and act in the Stockholm theatre in the J.B. Priestly play Mr Kettle and Mrs Moon. While on stage she suffered a brain hemorrage and died in hospital at the age of 31.﻿ Among the tributes at her funeral was a wreath with the simple message, “Farewell, dear little Marta. Your friend, Ingrid.” 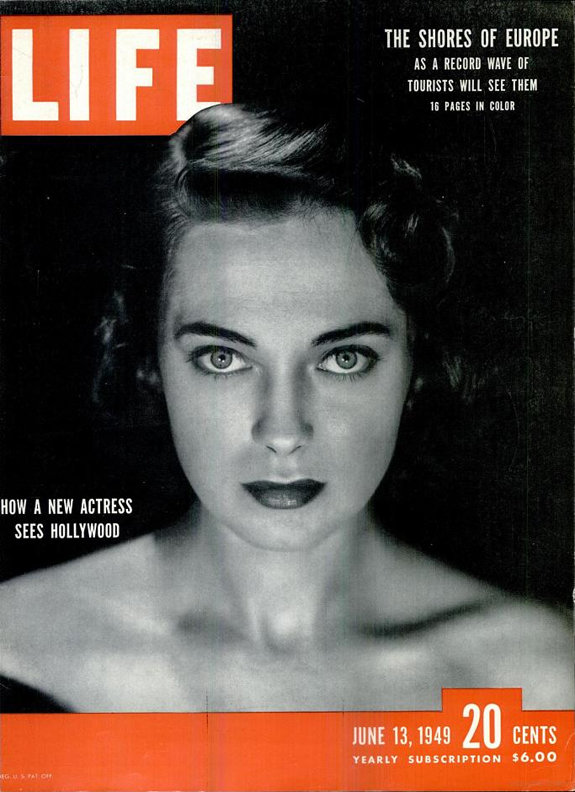