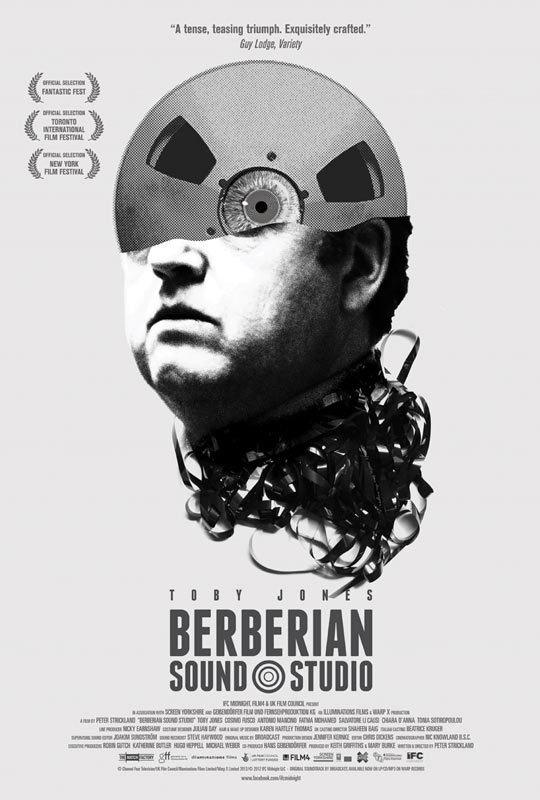 Peter Strickland’s British horror deconstruction Berberian Sound Studio opened yesterday in a crowded field of fifteen new releases, but if graphic design was all it took to get people into theaters BSS should be way ahead of the field. The startling grayscale collage of the US one sheet was designed by the suddenly prolific Brandon Schaefer who, as IFC Films’ new house designer, has designed two of my other favorite posters of the year so far, for Simon Killer and Gimme the Loot. He has also started giving me a run for my money writing about movie posters for Film.com. I particularly like his introduction about his personal design education, his process piece about Simon Killer, and his rant against the facile nature of fan art minimalism (though I do think there he omits giving praise where praise is occasionally due).

Berberian Sound Studio is a mysterious and atmospheric thriller about a meek English sound engineer named Gilderoy who is thrust into a nightmare of Italian machismo, giallio violence and bureaucratic indifference when he is hired to work on a “thrilling all’italiana” in Rome. Well out of his comfort zone of bucolic home counties nature docs, Gilderoy is required to record sound effects, mostly created with a fecund array of fruit and veg, for skull-splittings, red-hot-poker-rape and script directions such as “the dangerously aroused goblin is stalking the dormitory.” Daniel Kasman wrote most perceptively about the film in these pages when it played in the New York Film Festival last year.

Schaefer’s poster nods to Strickland’s, and Gilderoy’s, obsession with recording equipment. Shot by Nic Knowland who has shot both of the Quay Brothers’ features (it is also co-produced by the Quays’ producer Keith Griffiths), the film is a masterpiece of macro photography, full of close-ups of switches and knobs and reels. The poster also conveys the schizophrenic terror of Gilderoy’s gradual unraveling.

The UK quad eschews the equipment and focusses on Gilderoy’s mental schism, but the official release poster only tells half the story. 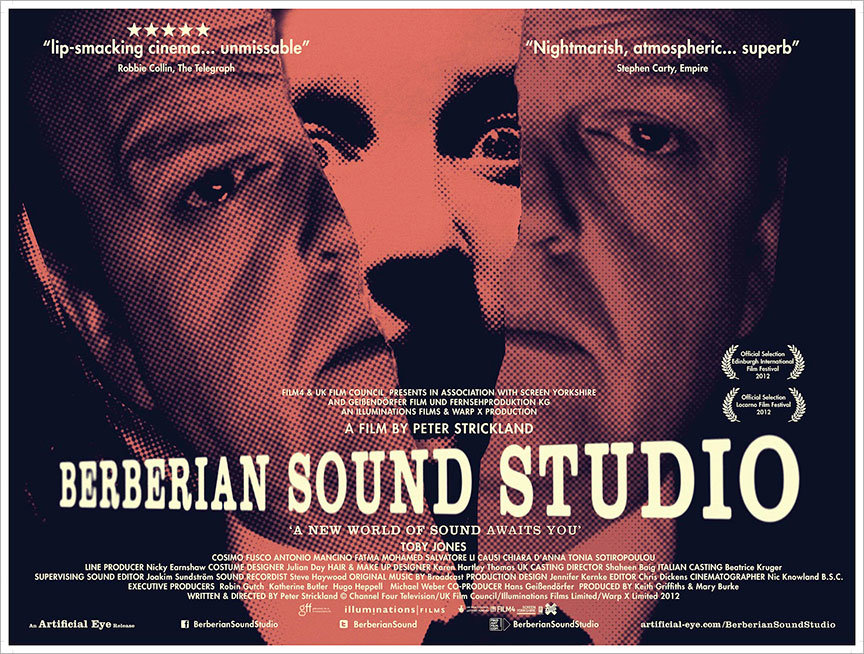 The UK campaign was designed by Julian House, a brilliant graphic designer, filmmaker and musician who was part of Berberian Sound Studio from its inception. He designed the 70s-era tape boxes seen within the film and, most notably, created—and even came up with the idea for—the superb fake credit sequence for The Equestrian Vortex, the film that Gilderoy is working on. You can watch it here, but I’d highly recommend seeing it in the context of the film first.

Not long after the release of the film in the UK last year, a number of House’s dazzling alternative designs for the film’s poster were leaked, all of them, even more so than the official poster, in House’s very recognizable collage style combining extreme halftones, splashes of blood, torn snatches of package design, concentric circles, ﻿tape reels and a ravishing duotone color palette. It was these designs above all which inspired me to write about Berberian in time for its US release. 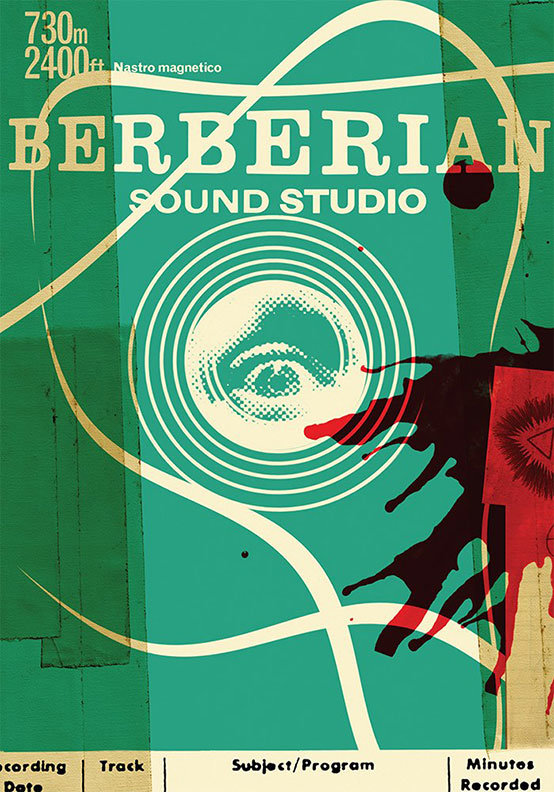 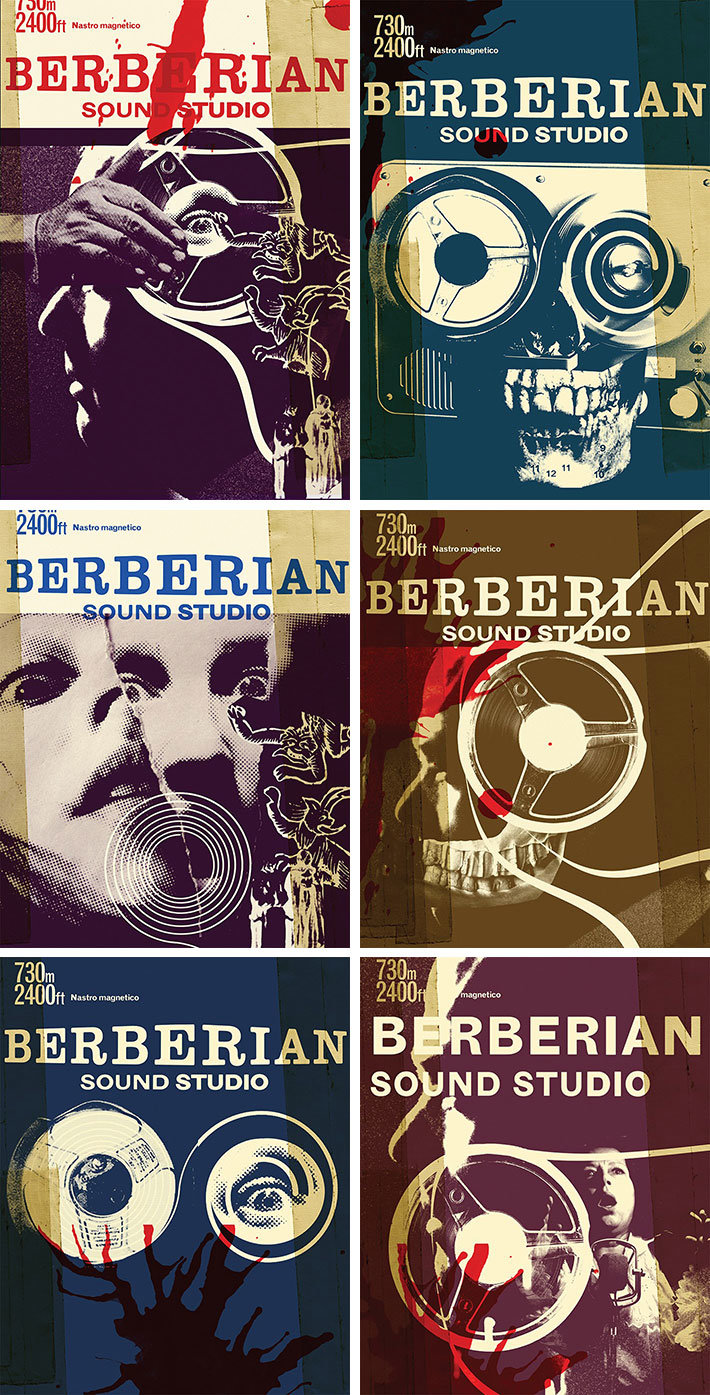 House is also co-owner of Ghost Box—“a record label for a group of artists exploring the musical history of a parallel world﻿”—for whom he also records as The Focus Group as well as designs all the Penguin-inspired packaging.

He has also designed album covers for, among others, Stereolab, Oasis and his close friends Broadcast who scored Berberian Sound Studio and of which he is an occasional member. (His website states “as unofficial band member he reflected their shared interests in the imagery he created for them: esoteric pop-psych, European film soundtracks, underground film and ancient electronics﻿.”) His recent cover for the Can anthology The Lost Tapes seems to feed directly from his work on Berberian.

And one last piece: a few years ago I included the British quad for Lynne Ramsay’s Morvern Callar among my top ten movie posters of the last decade. I’m pleased to discover belatedly that this was also designed by House. 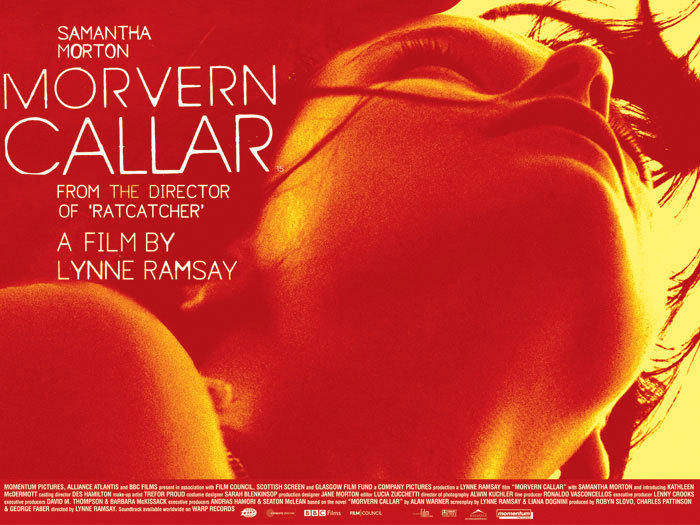 You can see much more of Julian House’s work on the Intro website and more of Brandon Schaefer’s work on his Seek and Speak blog. Since it fits very nicely into the aesthetic of all the above, I just want to close with Schaefer’s unused 2012 design for the UK re-release of Whatever Happened to Baby Jane? 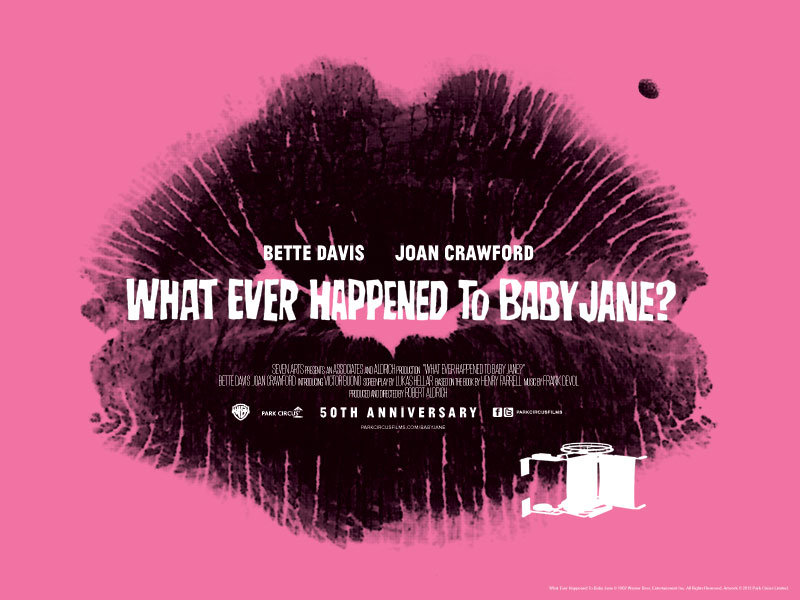