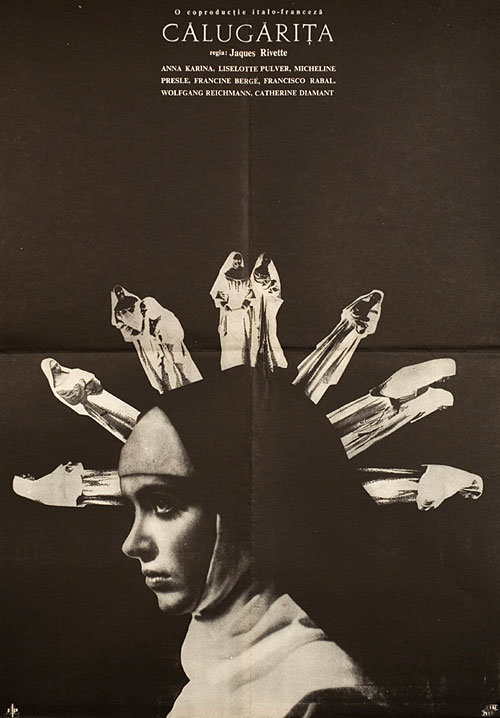 Let’s face it: few things look better than Anna Karina in a movie poster. Even Anna Karina in a wimple. We're all familiar with Karina’s most iconic Godard posters—balancing Belmondo and Brialy on her hands for Une femme est une femme, glancing over the shoulder of Lemmy Caution in that amazing black and white Alphavlle poster, wearing that fabulous checkerboard sweater dress, and balancing a beer and a gun, in Made in USA—so it was a treat to come across this rarely seen Romanian poster for Jacques Rivette’s La religieuse (1966) which, with its posterized cut-out figures and its lack of color, is like the dour devout cousin of the boisterous Femme est une femme affiche.

I also love this rare Japanese poster for Alphaville (1965, below), in which Karina (again in profile), rather than Eddie Constantine, is the main focus (along with that awesome blue thingamajig).

Rounding out this week’s troika is a poster for a Karina film I’d never heard of before, Maurice Ronet’s Le voleur de Tibidabo. Ronet is of course best known as Louis Malle’s leading man in Elevator to the Gallows and Le feu follet. Le voleur de Tibidabo, a 1964 crime caper shot in Barcelona, was his directorial debut after which he made two documentaries abroad—one about the Komodo dragon of Indonesia, another about a dam in Mozambique—and an acclaimed adaptation of Herman Melville’s Bartleby the Scrivener. None of which has anything to do with Anna Karina or these posters, but I thought it was worth mentioning. 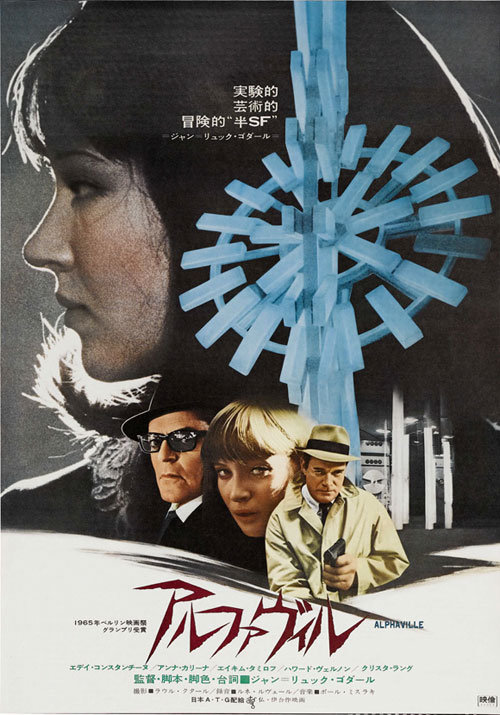 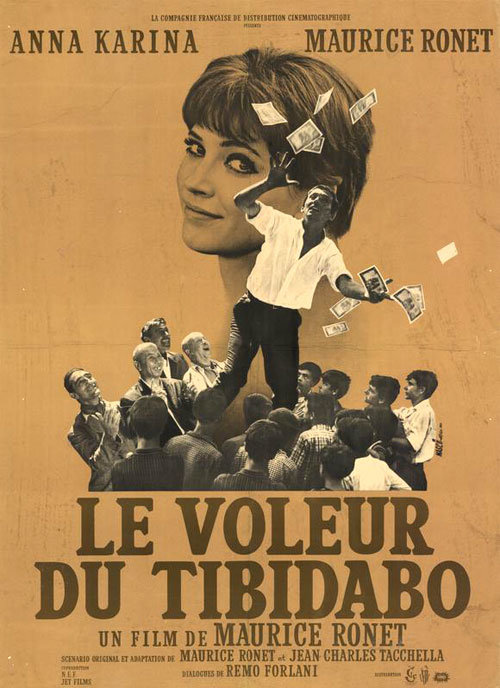