﻿With Takashi Miike’s remake Hara-Kiri: Death of a Samurai next week I thought it was as good an excuse as any to look back at the many gorgeous posters for Masaki Kobayashi’s 1962 original. One of the most startlingly beautiful of all Samurai movies, Harakiri is an exercise in stylistic bravado, a masterpiece of widescreen high contrast black and white. ﻿I recently stumbled across this unusually stark vertical Polish poster﻿—like one of Kobayashi’s frames upended—by Marek Freudenreich﻿ (he of the amazing crossword skull Stage Fright) on a Polish culture site which was reviewing a 2008 show of his work. This little-seen design set me off on a search for other posters for Kobayashi’s masterpiece, the fruits of which you can see below. 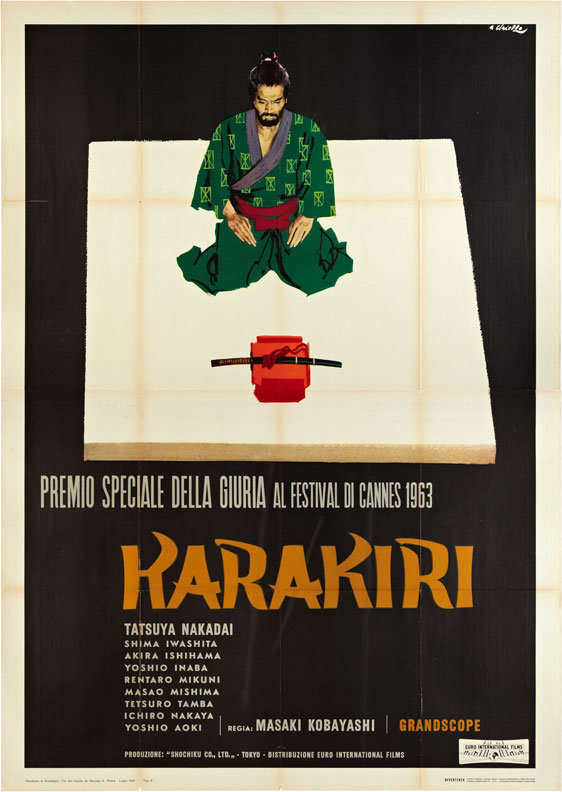 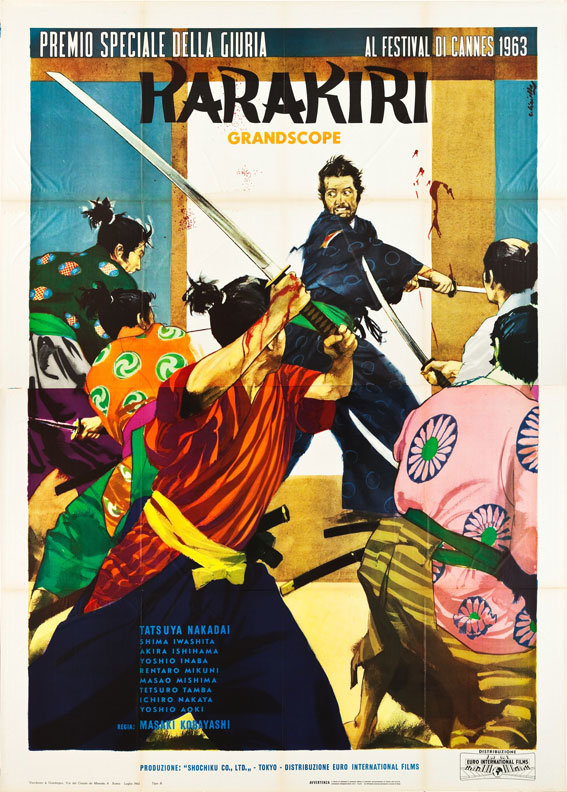 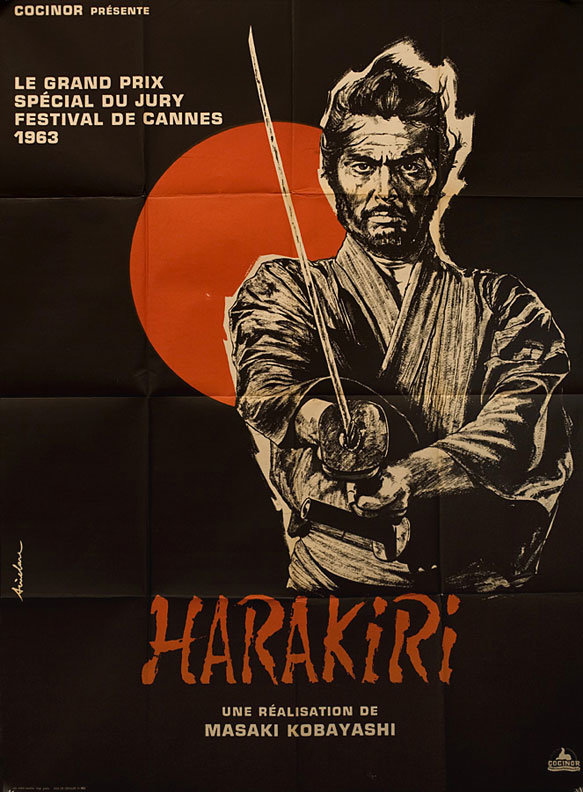 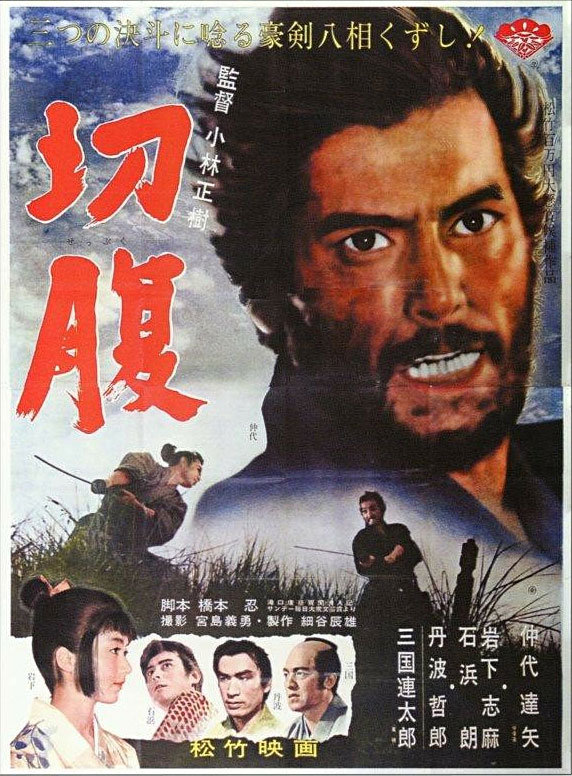 Above: An original Japanese poster, sadly one of the weakest designs. 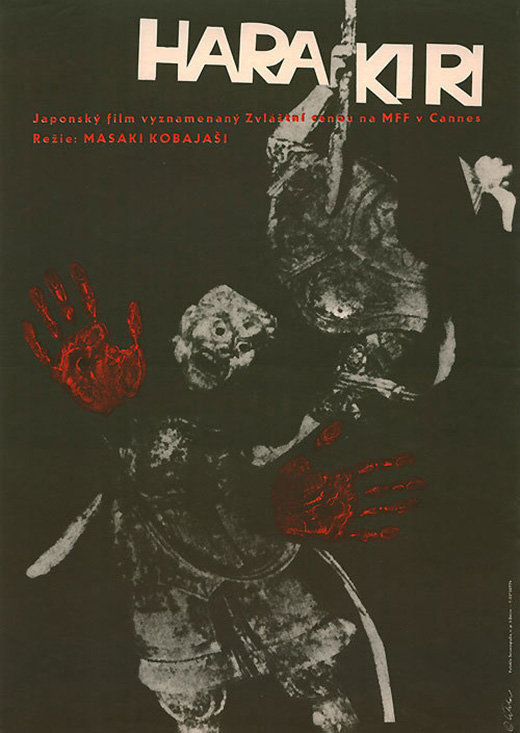 Above: The mysterious 1965 Czech poster by Jan Cihla. 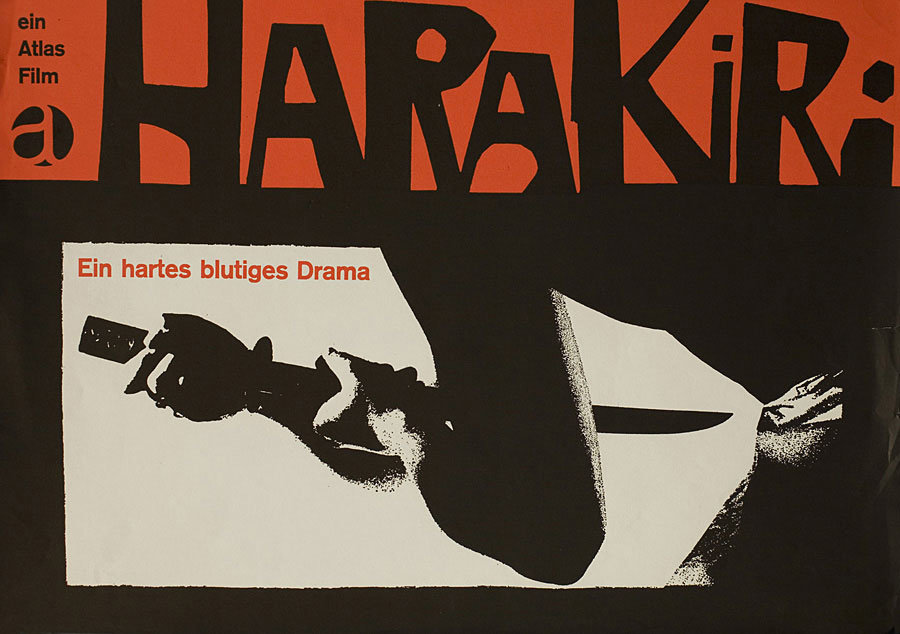 Above: A stunning German poster from the always inventive Atlas Film. 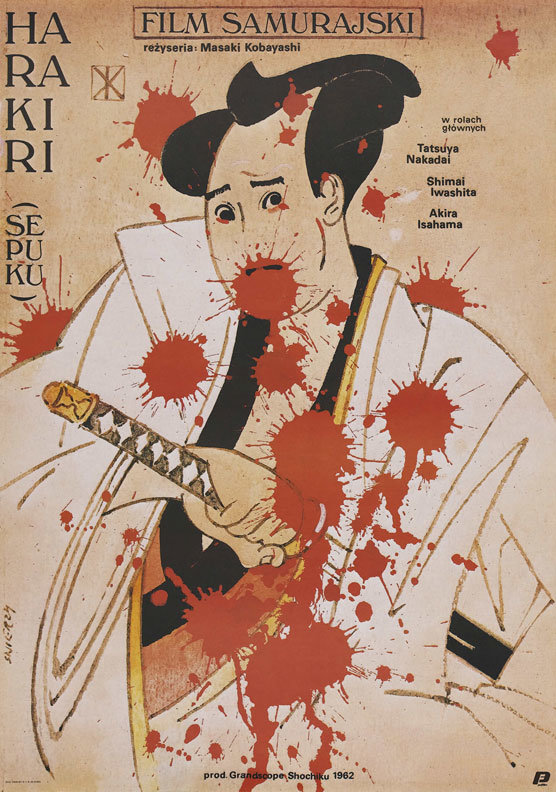 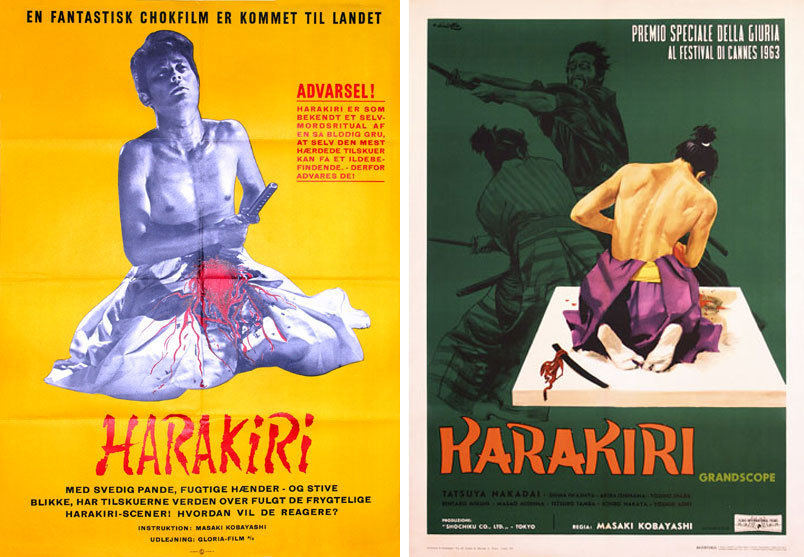 Above: A Danish poster (left) and another, smaller, Italian poster. The warning at the top of the former reads “WARNING! As is well-known, Harakiri is a suicide ritual of such bloody/gory horror that even the most hardened spectator might feel unwell - You are therefore warned!” 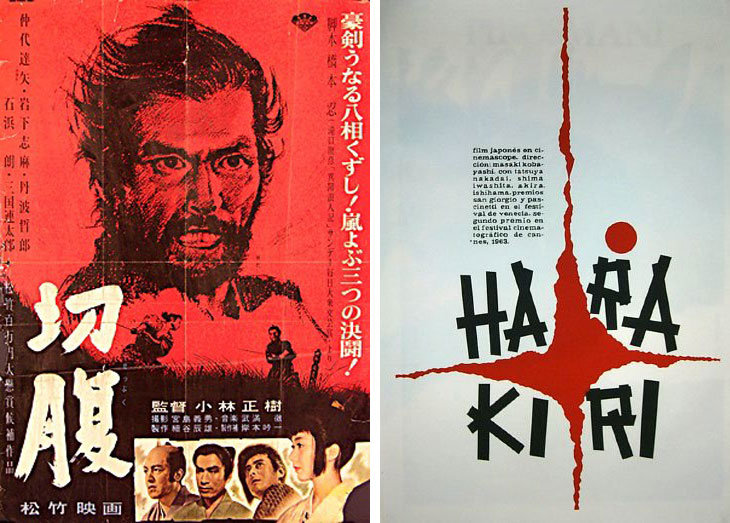 Above: Another Japanese poster, left, and the Cuban poster by Antonio Reboiro from 1968 which was adapted for the Criterion Collection cover. 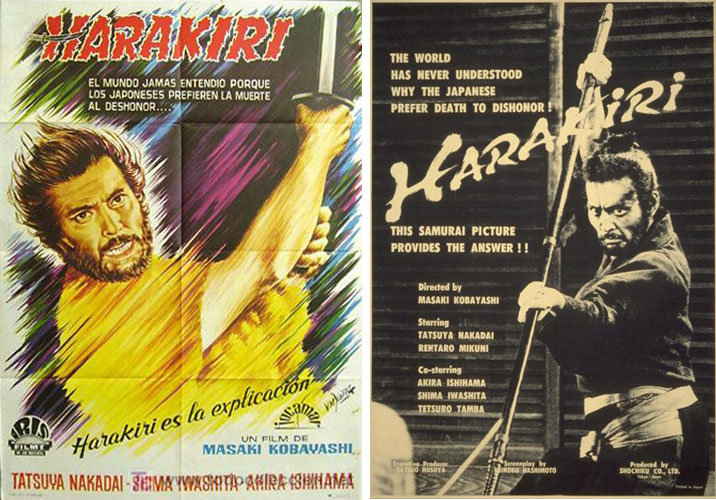 Above: The Spanish and American posters, which use the same wordy “the world has never understood why the Japanese prefer death to dishonor...” tagline. The Spanish poster was designed by V.M. Yanex. 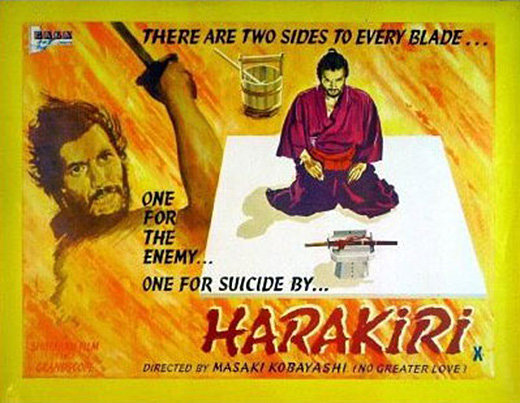 And finally the UK Quad poster (note the X-rating) which combines images from the Italian and Japanese posters.

Many thanks to Posteritati and Heritage Auctions﻿.