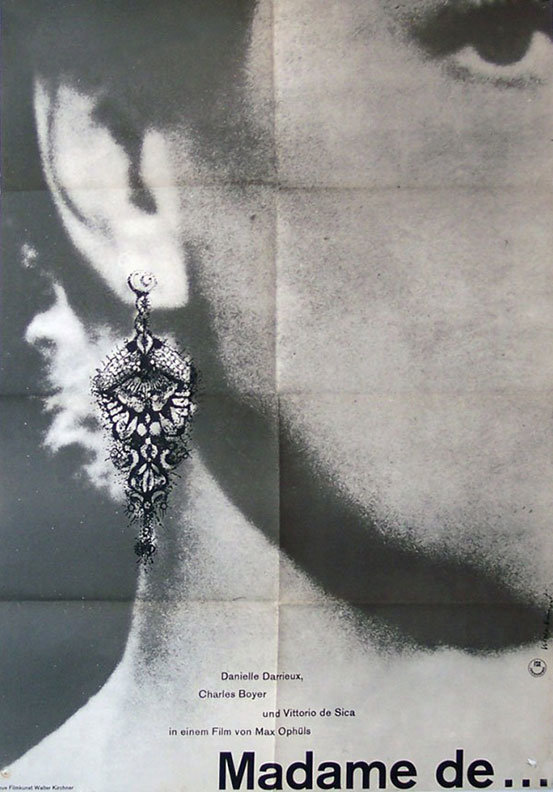 Sixty years ago this week, on September 16, 1953, The Earrings of Madame de... premiered in Paris, which is as good an excuse as any to celebrate the various ways in which Max Ophüls’ masterpiece has been promoted over the years.

Since it is one of the most gorgeous and luxurious films ever made—Ophüls’ camera never seems to stop gliding and waltzing through the most opulent of settings—it is interesting how simple two of the most striking posters for the film are. The 1961 German poster and the 1959 Polish poster, both notably designed by women, are both in black and white (as is the film, gloriously so, but it was still unusual for posters of the period to be monochrome) and both pare the film down to a woman and her jewelry. In fact, they not only focus on the eponymous socialite but they isolate her in details. The German poster, by Isolde Monson-Baumgart (1935-2011), very much of the Hans Hillmann school, takes a grainy close-up photograph of the side of Danielle Darrieux’s face and superimposes one ornate earring in the same rich black of the minimal sans-serif type. The Polish poster, by Hanna Bodnar (b. 1929)—whom I featured in my debut Film Comment column earlier this summer—is less avant-garde, but similarly minimalist: an elegant watercolor with Darrieux reduced to a head and an arm, and again anchored by the titular earrings. 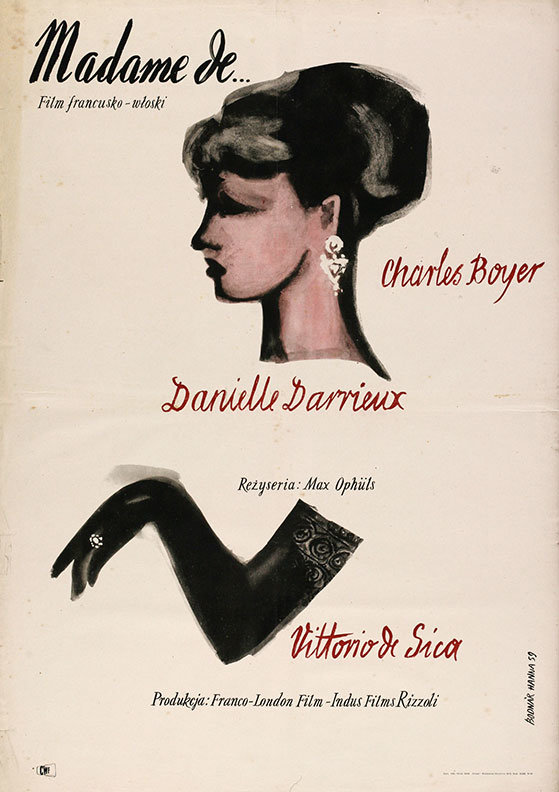 The original French posters for the film are much more picturesque and colorful. I especially like this design by Rojac (1913-1997)... 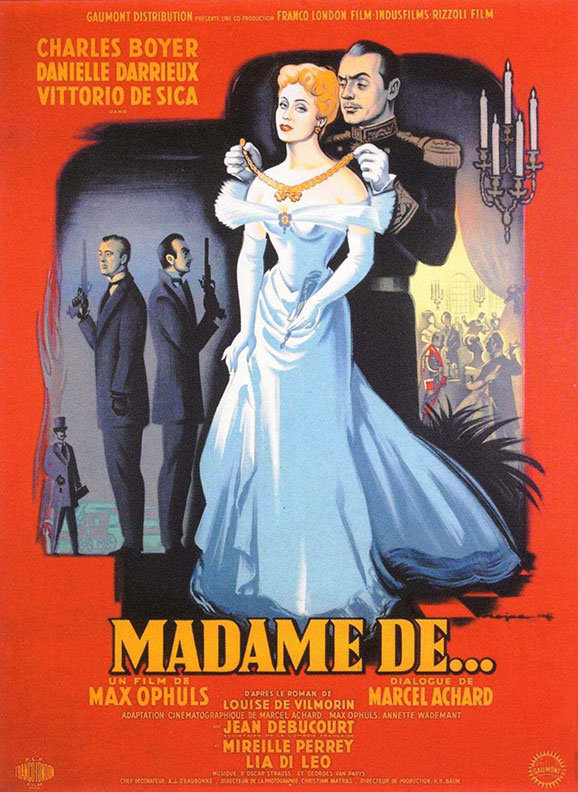 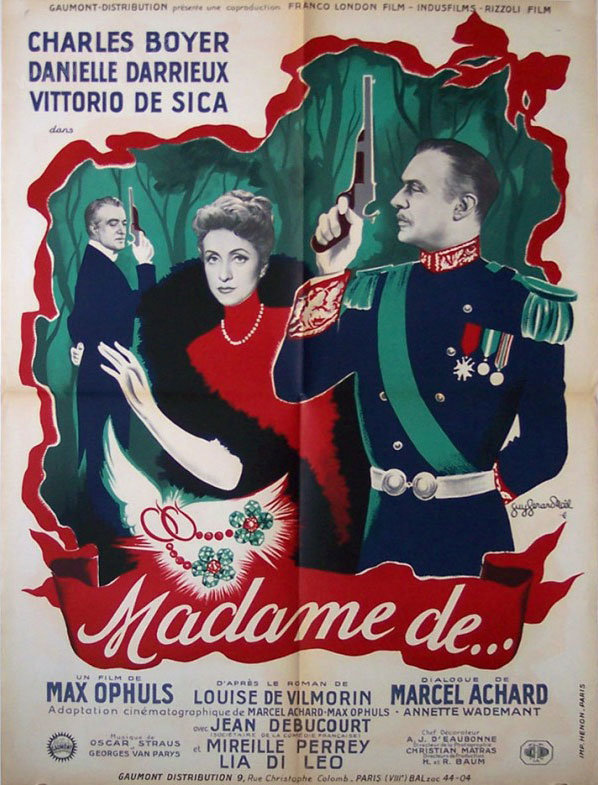 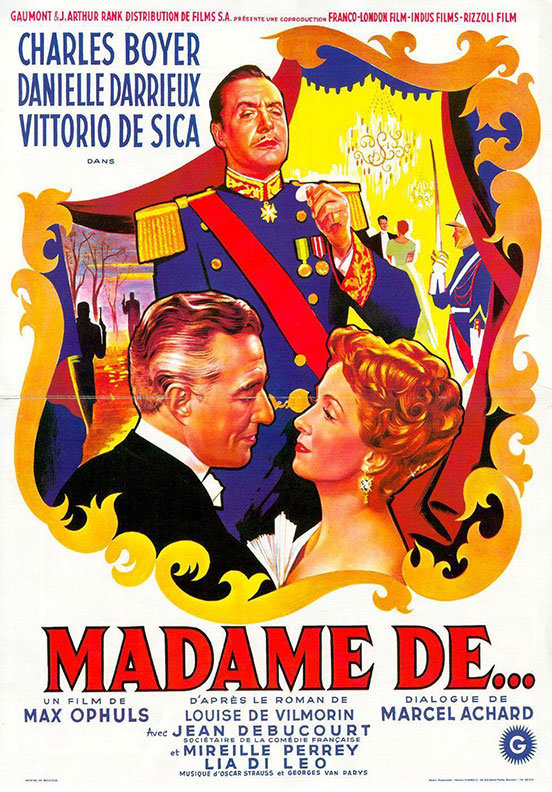 A Danish design by Stilling: 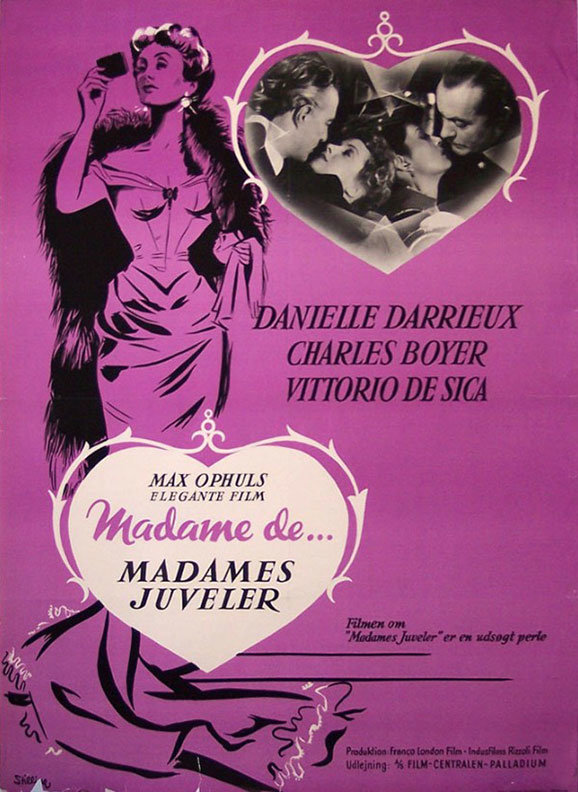 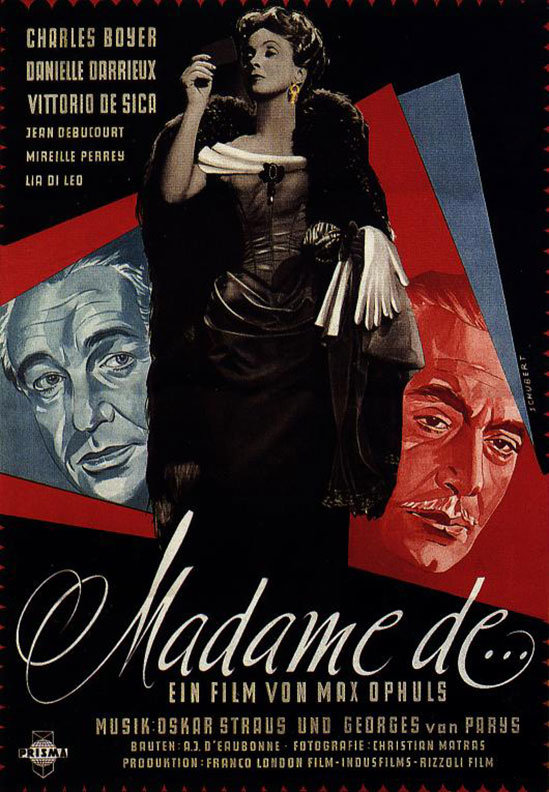 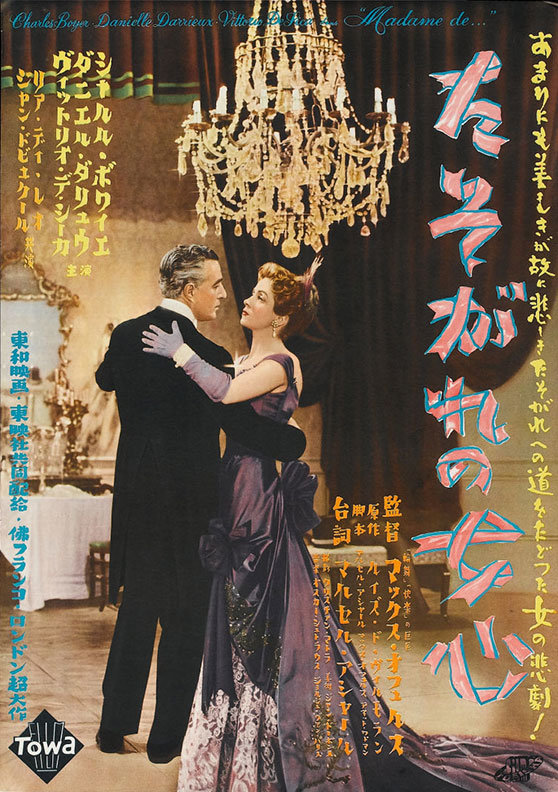 Once one of the undisputed masterpieces of European cinema, Madame de... seems to have slipped from its pantheon status in recent years (it was only number 93 in last year’s Sight & Sound poll) but maybe Criterion’s recent Blu-ray release and the support of fellow camera choreographer Paul Thomas Anderson can change that. For me the most remarkable thing is that, 60 years after its release, Danielle Darrieux, who was 36 when the film was made, is still with us. She turned 96 last May. Working with Ophüls may have had some sort of regenerative effect on his actresses since Joan Fontaine, star of my favorite Ophüls, Letter from an Unknown Woman, made five years before Madame de..., also turns 96 next month.