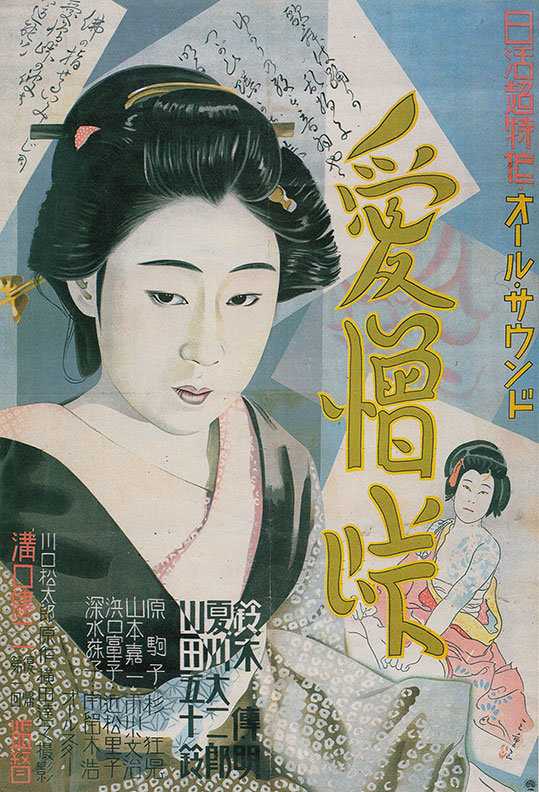 Not long after I published my piece on the poster for Ozu’s Lady and the Beard a couple of weeks ago, I got a message from Nick Wrigley alerting me to this beautiful poster for a 1934 Mizoguchi film, The Mountain Pass of Love and Hate. Nick, as his twitter bio states, was the “founder and overseer of The Masters of Cinema Series” from 2004–2012 and is “now doing other things.” One of those things would seem to be digitizing some glorious ephemera of early Japanese cinema. On his Tumblr feed Enthusiam.org he ﻿recently posted 214 rarely seen photos of Ozu from a Japanese book on the director. He’s looking for translations to the captions so if I have any Japanese readers please take a look and help out if you can.

Likewise, it turned out that the Mizoguchi poster was also from a Japanese annual devoted to the director and Nick kindly scanned a number of other early Mizoguchi posters from the book for me. As with Ozu, early Mizoguchi posters are incredibly rare, as indeed are his early films. Mizoguchi made some 52 films in the first 12 years from 1923 to 1934 prior to The Mountain Pass of Love and Hate, and only three, and a fragment of one other, have survived. Mountain Pass itself is a lost film, another example, like Ozu’s Young Miss, of a poster surviving where the film hasn’t.

Though the poster for Mountain Pass, featuring the ﻿great Isuzu Yamada (who died just last year at the age of 95), is gorgeous, it is conventionally realistic compared to Takashi Kohno’s posters for Ozu. The poster below for the earlier Metropolitan Symphony (1929, also lost) is something else though: a superb three-color montage of stylized lettering and body parts.

This next poster is for Sisters of the Gion, one of Mizoguchi’s best known 1930s films, which again co-stars Isuzu Yamada: 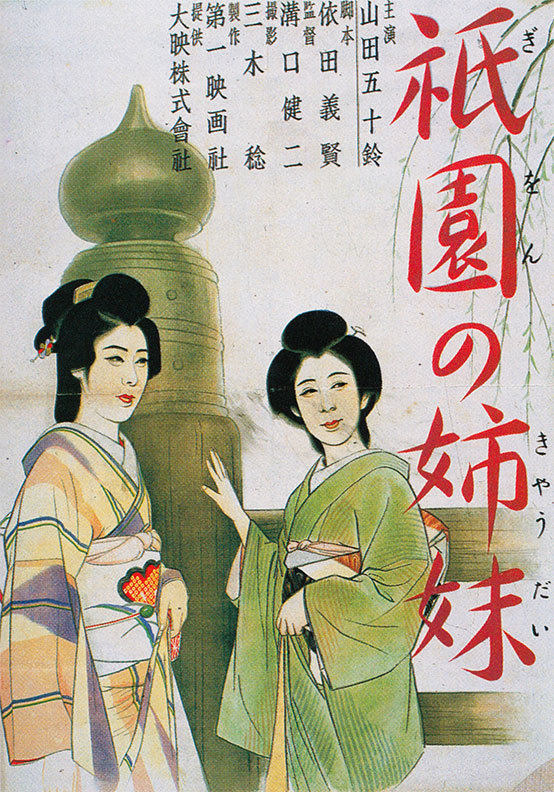 And finally a poster for the 1937 film The Straits of Love and Hate, a film that is hard to find but which is apparently East Asian film expert Tony Rayns’ favorite film of all time. Notably all four of these posters are in completely different styles and certainly from four different artists. 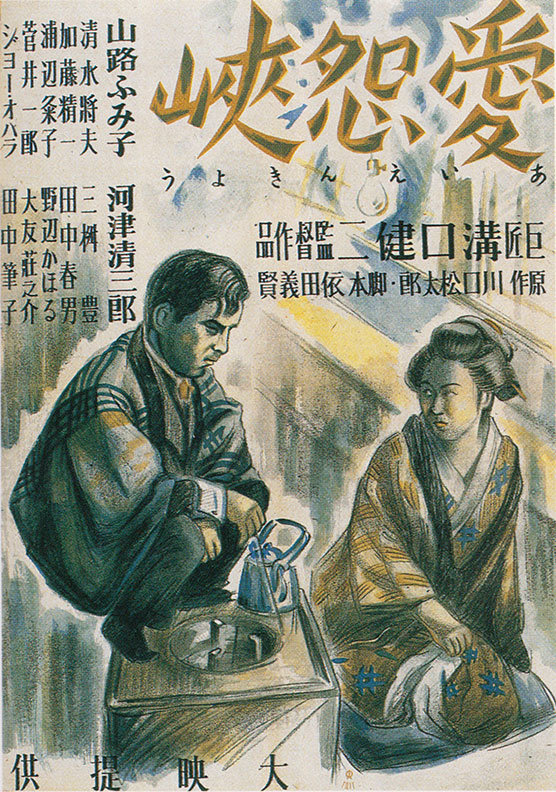 One additional piece from the period is what looks like a pamphlet for the 1929 film Tokyo March (a film of which only 20 minutes has survived). 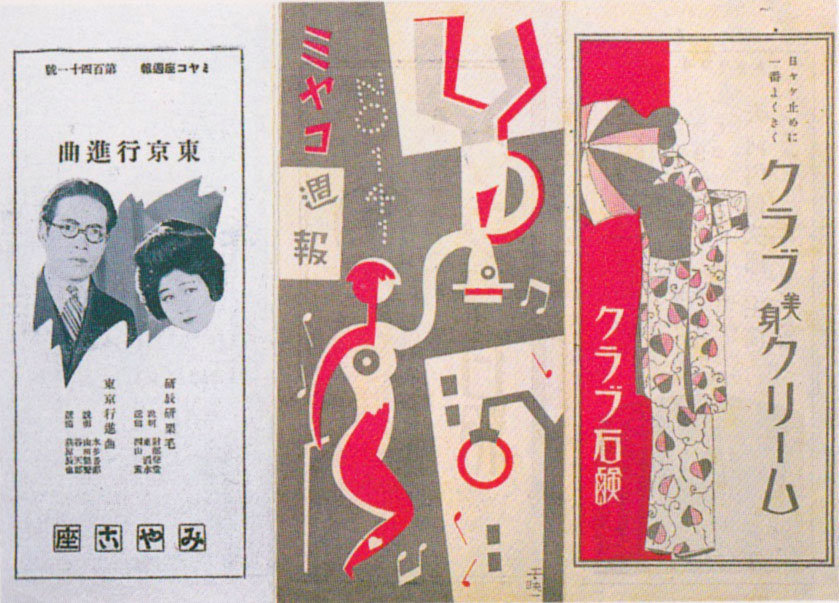 If anyone knows of any other Mizoguchi posters from the 1920s and early 30s, I’d love to see them. Many thanks again to Nick for providing these.