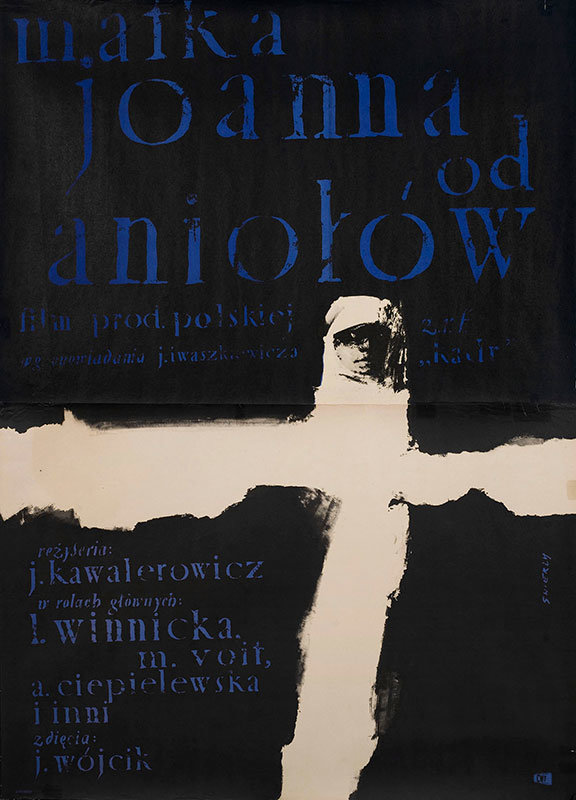 Above: a Polish poster by Waldemar Swierzy for Mother Joan of the Angels (Jerzy Kawalerowicz, Poland, 1961).

Starting next Wednesday, New York’s Film Society of Lincoln Center, in association with Milestone Films, will kick off "Martin Scorsese presents Masterpieces of Polish Cinema," a must-see 21-film retrospective that will eventually tour the U.S. and Canada.

To accompany the series, Posteritati is mounting an exhibition in Lincoln Center of original Polish posters for most of the films in the series: a rare chance to see some of these masterpieces in the flesh. Where the film series highlights great auteurs like Andrzej Wajda, Krzysztof Zanussi, Wojciech Has﻿ and Krzysztof Kieslowski, the exhibition will feature their equivalents in graphic design such as Wojciech Fangor, Franciszek Starowieyski, Roman Cieślewicz, Andrzej Pągowski﻿ and Waldemar Świerzy. For those of you who can’t be in New York to see the show, I will be posting some of the highlights on my Tumblr.

I had actually intended highlighting all the posters in the show here, but then I was knocked for six by one of the films in the series: Jerzy Kawalerowicz’s superb 1961 exorcism drama Mother Joan of the Angels. A sequel of sorts to Ken Russell’s The Devils, though made ten years earlier, it details what occurred in a 17th century monastery in France (here transposed to Poland) after the lurid events documented in Russell’s film. Riveting and disturbing, Mother Joan is shot in a stark high contrast black and white and features some of the most indelible, and impeccably composed, images I’ve seen in a long time. Kawalerowicz has four films in the series (second only to Andrzej Wajda who has five) and may be ripe for rediscovery. [David Cairns wrote admiringly about Kawalerowicz’s Pharoah, also in the series, last August].

Obviously a bit of a sensation back in the early 60s, the film has lent itself to a very varied and beautiful selection of international poster designs. The original Polish poster is by the great Waldemar Swierzy, who passed away last November at the age of 82. The lettering at the start of the film is remarkably similar to the lettering in Swierzy’s poster (and also in the smaller alternate poster directly below) and I wonder if he was just mimicking the look of the film, or may have actually had a hand in the film’s graphics. 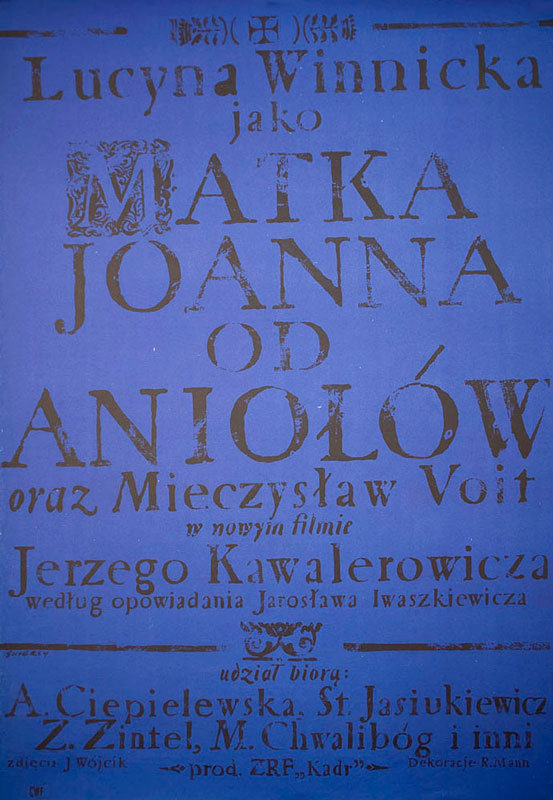 Above: the alternative Polish poster by Waldemar Swierzy. 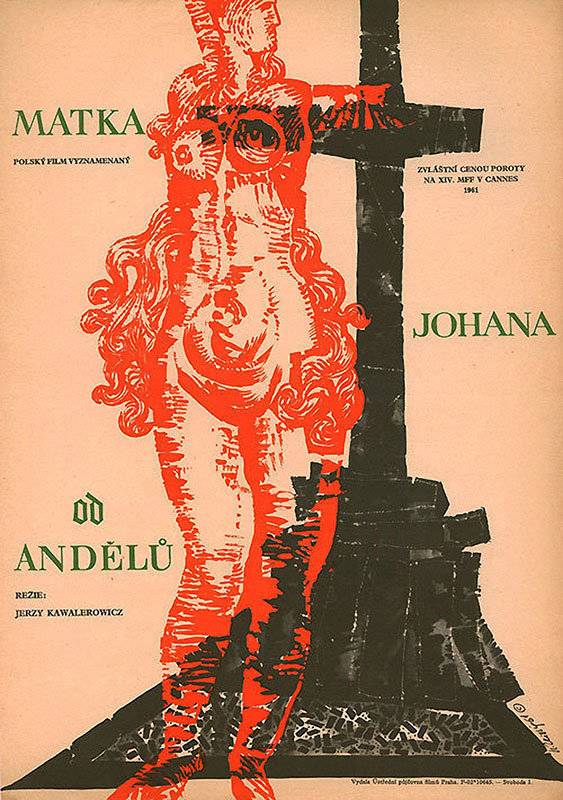 Above: the Czech poster by Karel Teissig. 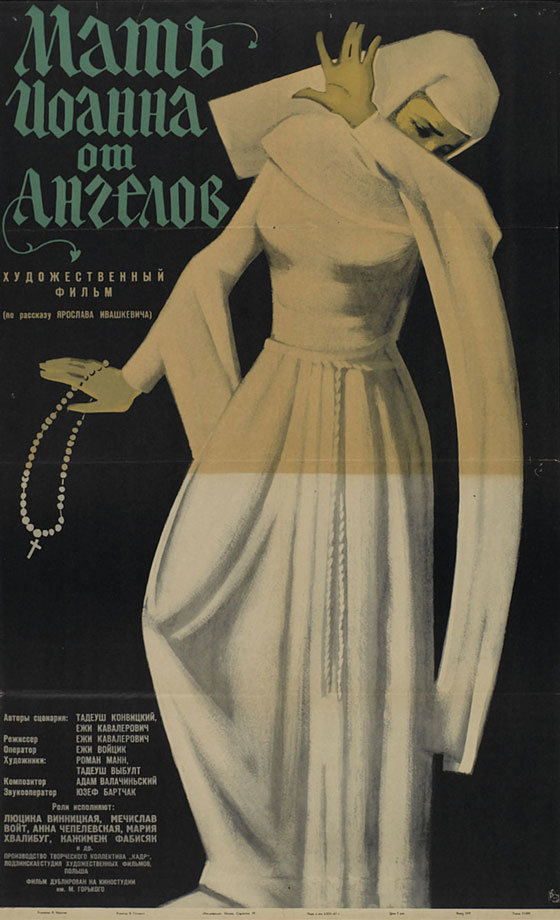 Above: the Russian poster by Y. Manuhin. 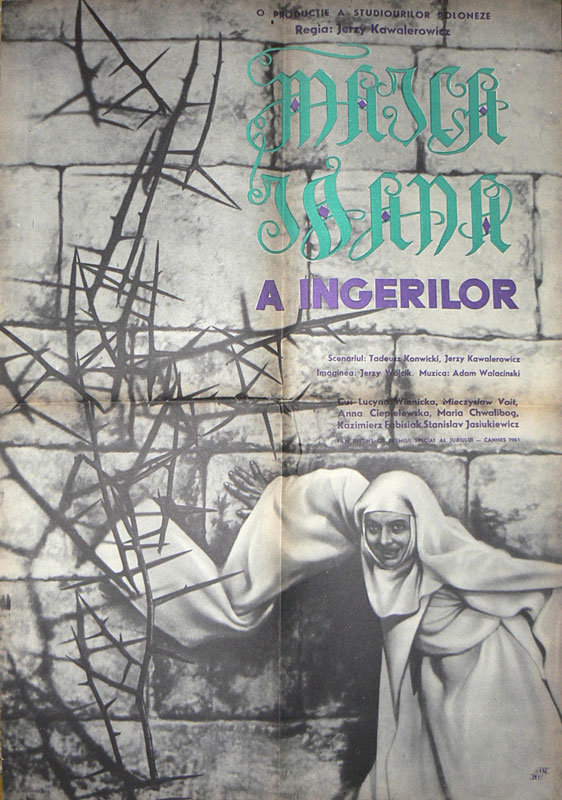 Above: the Romanian poster, artist unknown.

Above: the West German poster by Ferry Ahrlé. 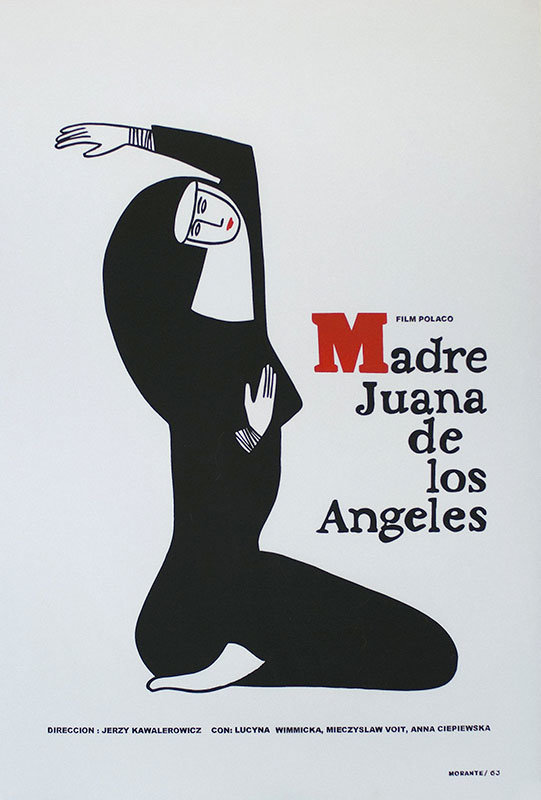 Above: the Cuban poster by Rafael Morante. 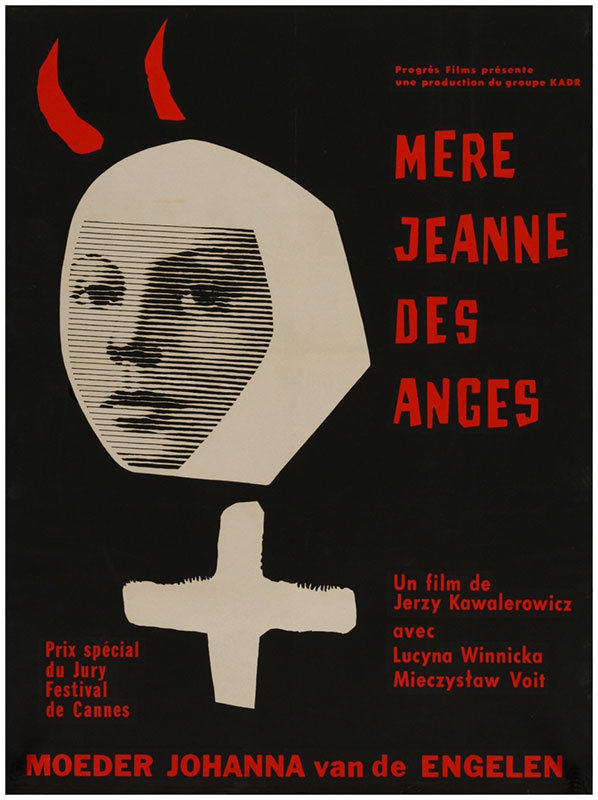 Above: the Belgian poster, artist unknown. (The same design pops up on the Yugoslavian poster). 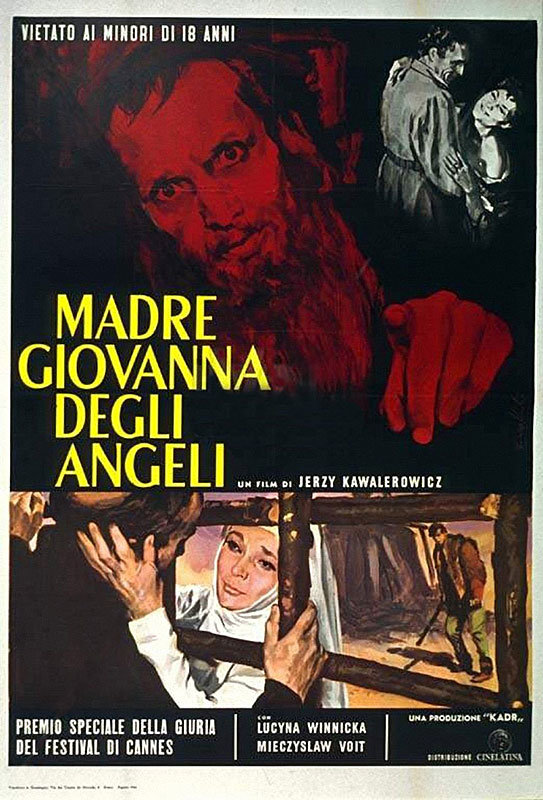 Above: the Italian poster, artist unknown.

And keep your eyes on this digital poster for a 2012 Brazilian film society screening of the film.

For more about the film series visit the Film Society of Lincoln Center. Many thanks to Posteritati for providing the Swierzy images.