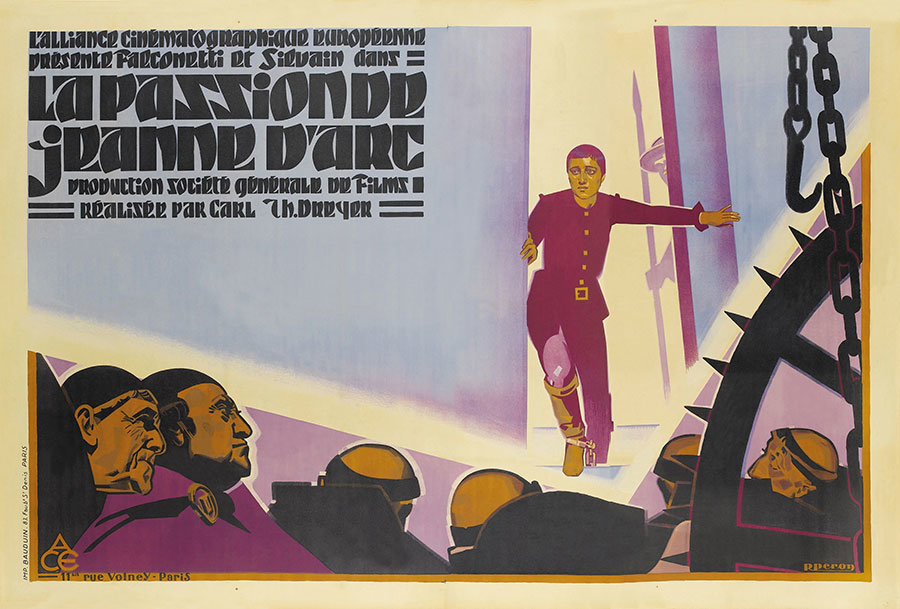 Carl Theodor Dreyer’s 84-year-old The Passion of Joan of Arc was recently voted the ninth greatest film of all time in the decennial Sight & Sound poll, ﻿receiving votes from 65 critics and 13 directors including no less than Manoel de Oliveira, Atom Egoyan, Michael Mann, Tsai Ming-liang and Béla Tarr (though the film is notable by its absence from filmmaker Pierre Leon’s all-Dreyer top ten). As beloved and familiar as The Passion of Joan of Arc is, however, these two stunning, and remarkably modern looking posters for the film were new to me when I came upon them recently on the Movie Poster Database. Both are the work of the great affichiste René Péron and seem to be original to the film’s release, but what I didn't realize about them until I did some detective work is their remarkable size. The poster directly above is what is known as a double grande, a two-panel 63" x 94" poster, twice the size of a traditional French grande (which itself is more than twice the size of a traditional US one sheet). And the poster at the top is an enormous 4-panel, twice as big again, 94" x 126", or almost 8 feet by 10.5 feet, the largest size of poster distributed by the French studios. (If you look closely you can see where the four panels overlap each other).

To give you a better idea of their size—something that is often forgotten when looking at posters online—I’ve scaled the two posters against the 1978 re-release grande by Jean-Adrien Mercier, and the original American one-sheet for the film. And I've thrown in a life-size Falconetti (I’m estimating she was about 5'5") for good measure. (Click on the image to see it large.) 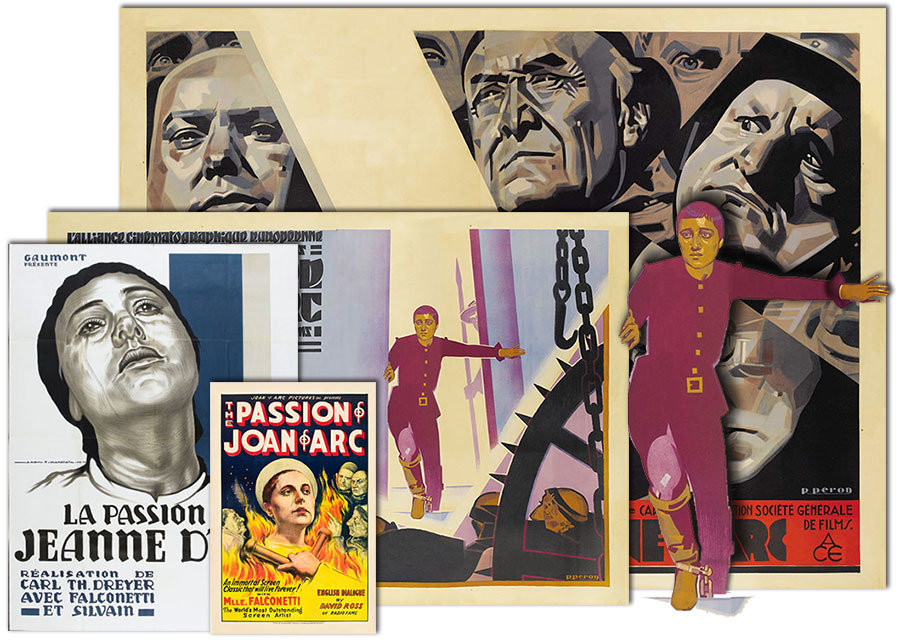 René Péron was born in 1904 and died in 1972 and was a prolific poster designer and book illustrator from the late 1920s through to the 1950s. His best known posters are his designs for Tati’s Jour de fete (1949) and Monsieur Hulot’s Holiday (1953) as well as his lubricious Bardot for ...And God Created Woman (1956)﻿, but I have seen some disturbing notes online about an anti-semitic political poster he produced in 1941 which colored his reputation. His very distinctive style is characterized by an Art Deco﻿ sensibility, a ballsy use of color, a dynamic feeling for composition, and an emphatic use of line. The easiest way to recognize his work is to notice that his figures are often outlined in black or surrounded by a distinct halo. His other poster for Dreyer, another giant 2-panel for Day of Wrath (1943), and another stunner, is a potent example of those characteristics: 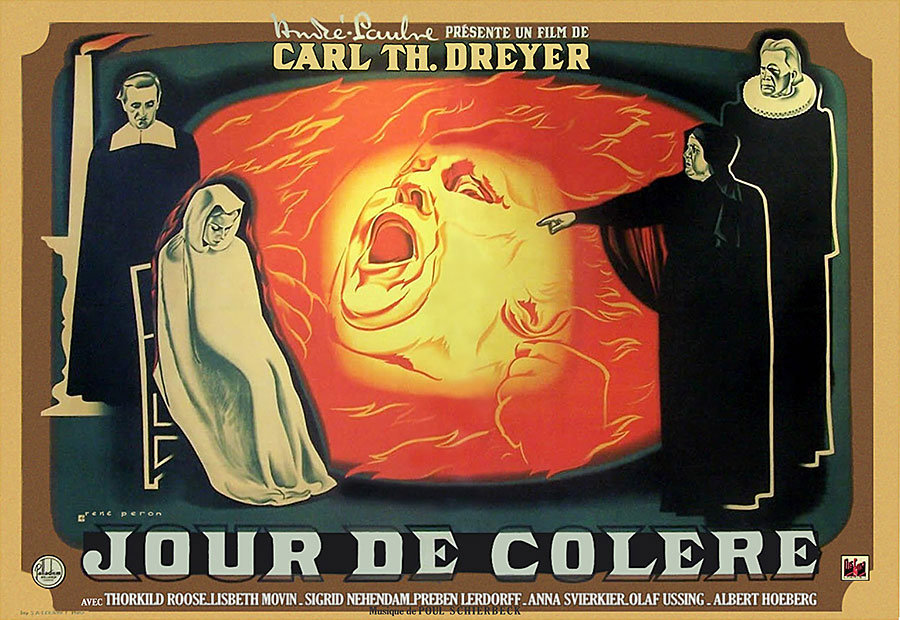 The typography for the two Joan of Arc posters also deserves greater attention because it is quite remarkable, especially in the second poster.

Péron’s logo-like signature on these two posters is quite different from the signatures he would use later, either a wide-spaced lower case or a more condensed, squashed version of the same. 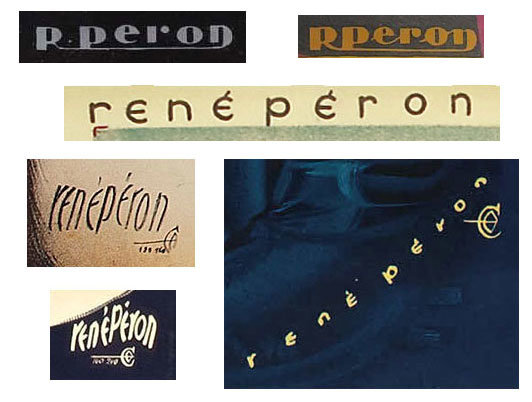 I have unearthed a few more of Péron’s double-wide and 4-panel posters, all of which give full breadth to his vigorous widescreen compositions (note all those diagonal lines) and must have looked incredible on the streets of Paris. 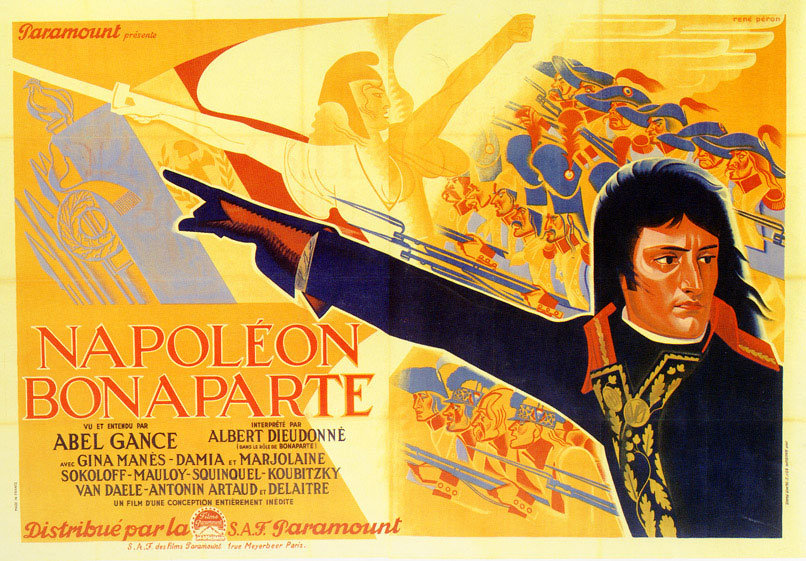 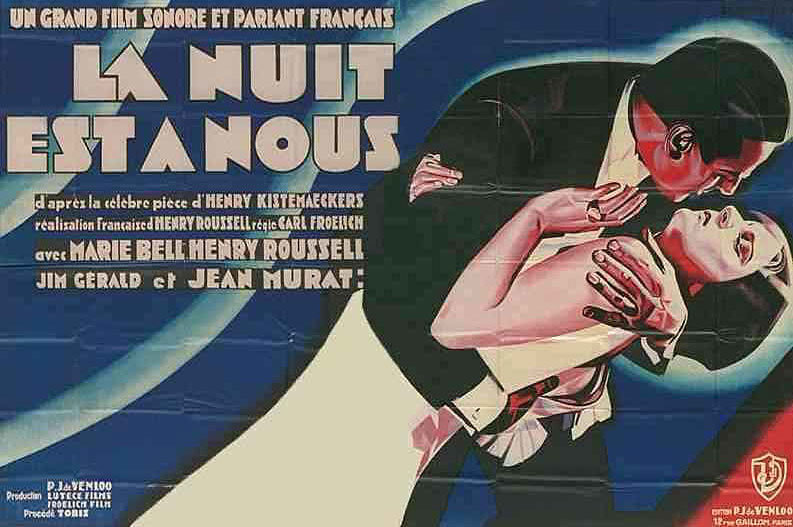 Above: double grande for La nuit est a nous (Carl Froelich, Germany, 1930).﻿ The poster is unsigned but the strong diagonals, the black outlines and the Deco typography is all recognizably Péron. 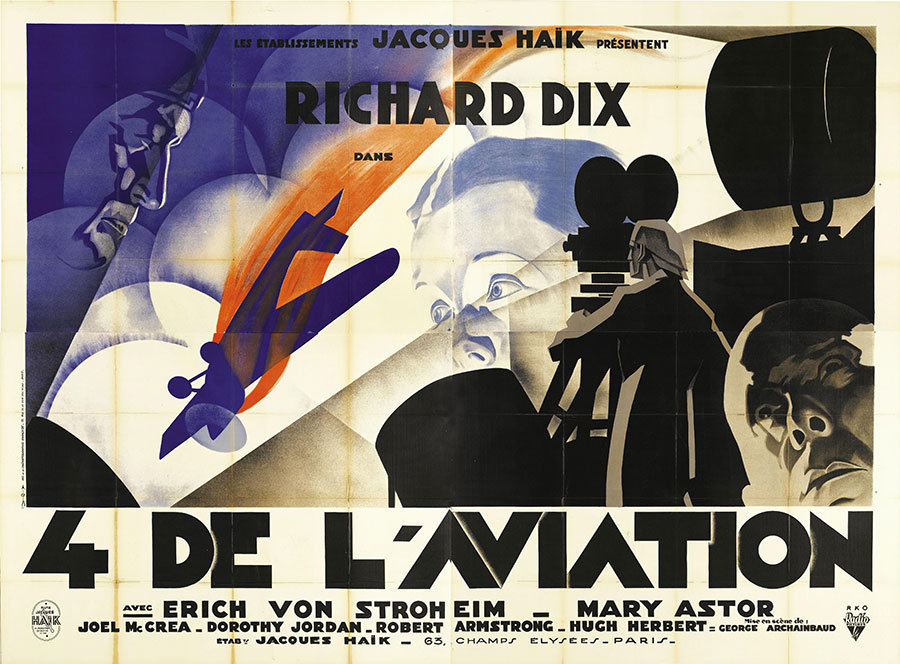 Above: 4-panel for The Lost Squadron (George Archainbaud, USA, 1932). Also unsigned but attributed to Péron. 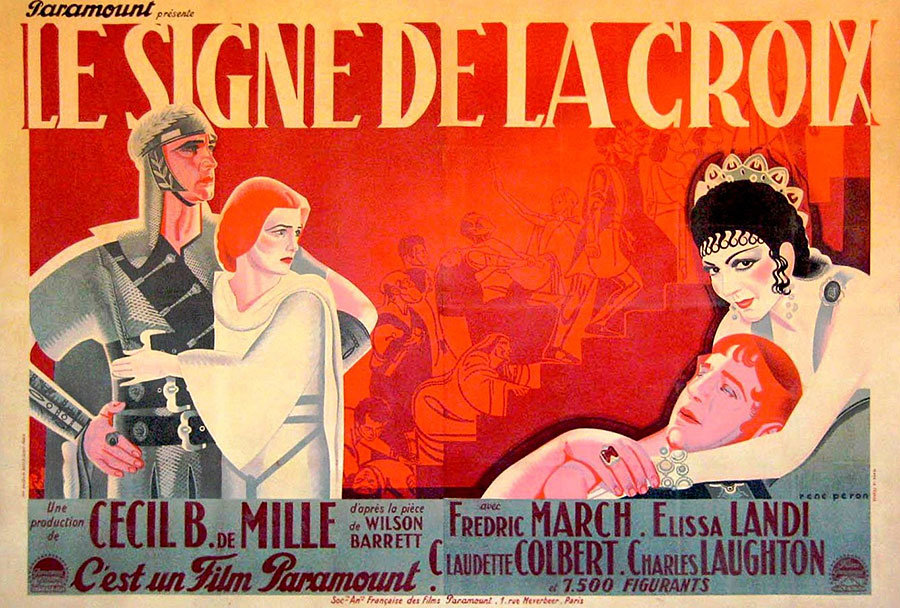 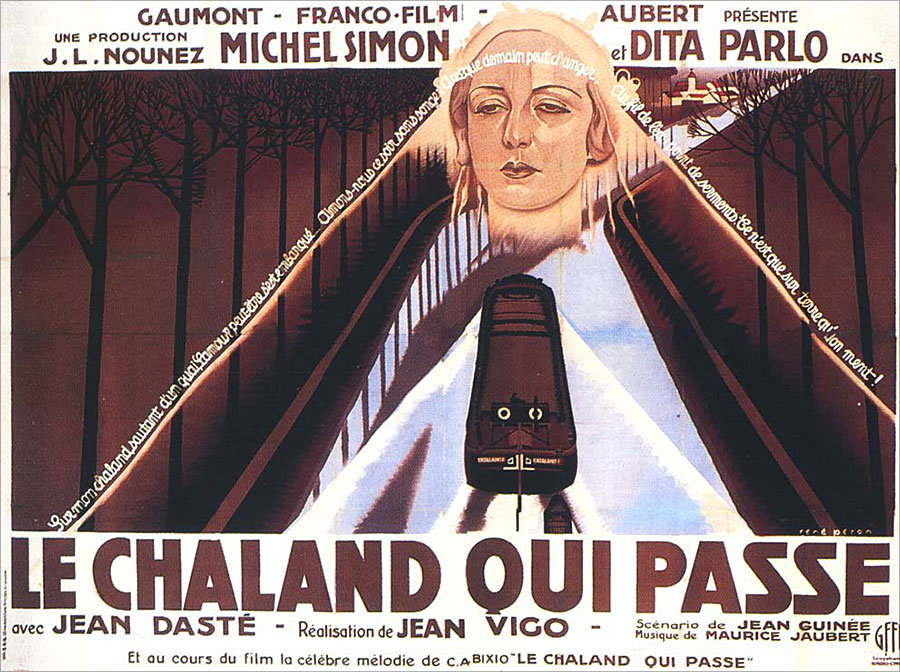 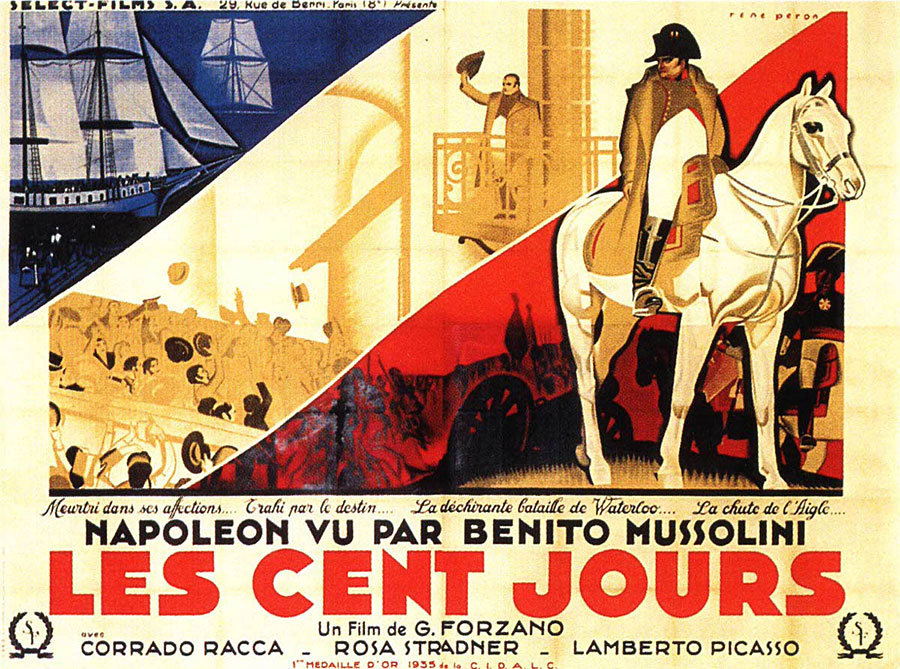 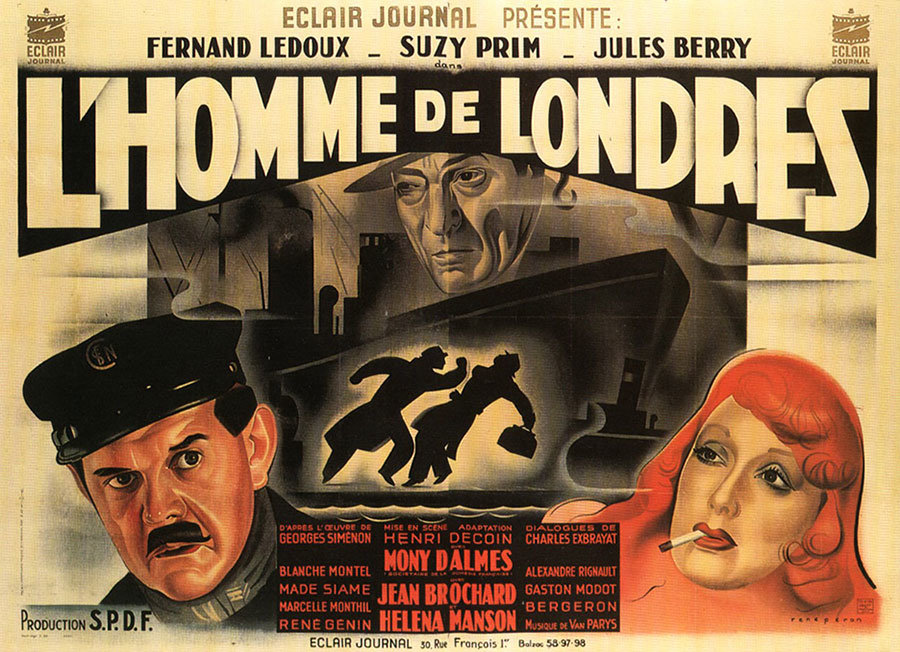 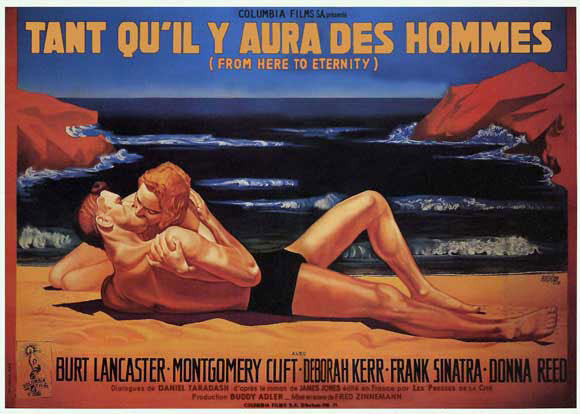 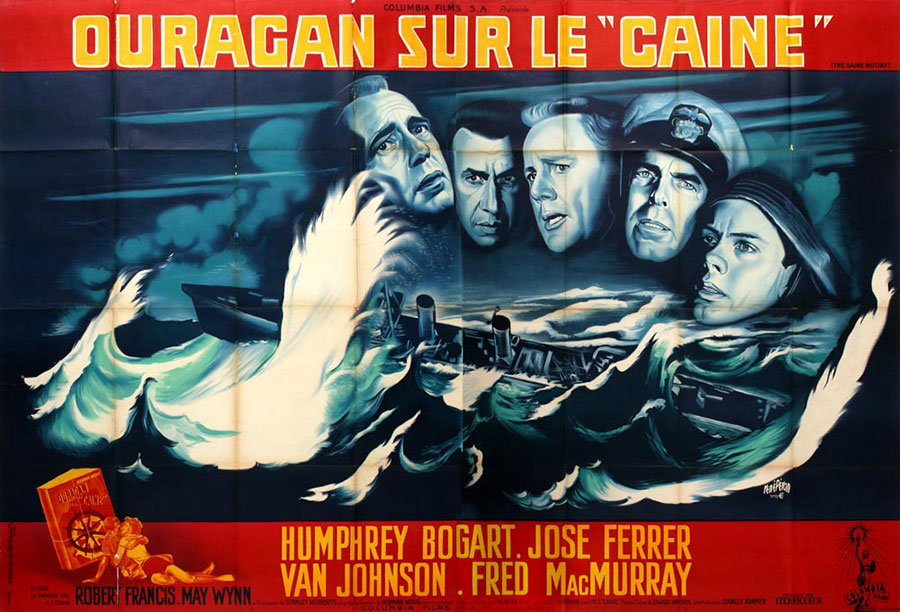