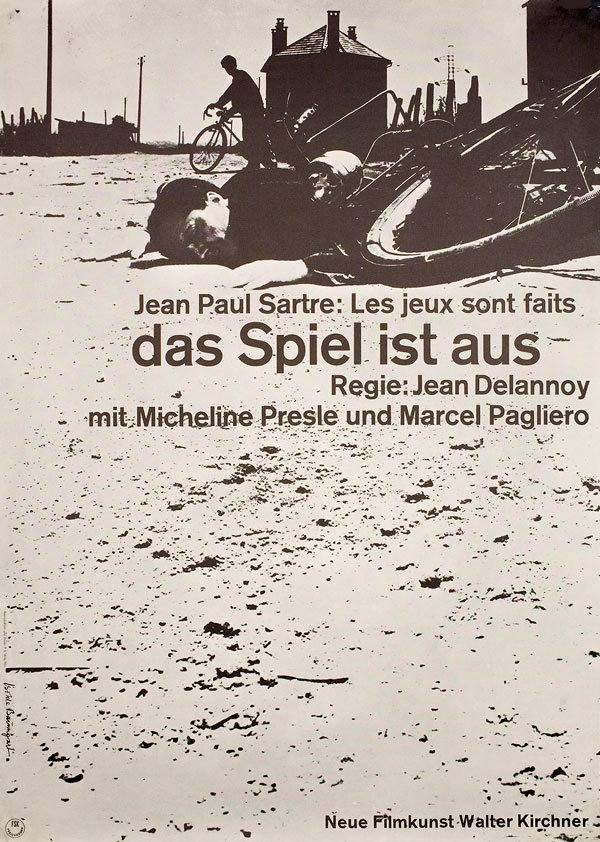 A couple of weeks ago the invaluable New York movie poster store Posteritati unveiled their newest acquisitions: nearly 500 new posters including many superb, rare Czech designs and some stunning one-offs like this poster for a short film about Brian Eno. But one of the highlights for me was a small collection of posters by the German designer Isolde Monson-Baumgart, some of which I had never seen before.

I featured Baumgart’s sublime poster for The Earrings of Madame De... last year and have been looking for more work by her ever since. Baumgart, who passed away in 2011 at the age of 76, was one of the chief designers—under the late great Hans Hillmann—employed by the Neue Filmkunst, the arthouse distribution company founded by Walter Kirchner ﻿in 1953. Like many of her fellow designers who together revolutionized German film advertising in the 1960s, Baumgart’s work is witty, thrifty and resourceful. She was a minimalist at heart who knew the power of a strong photograph and bold type, but who was also not afraid of the occasional outside-the-box flourish, like the confetti she sprinkled over a photograph of Jean-Louis Barrault for her re-release poster for The Children of Paradise.

The ﻿first six posters on this page are all currently available from Posteritati. The remainder are courtesy of the German poster websites KinoArt.net and Archiv für Filmposter. 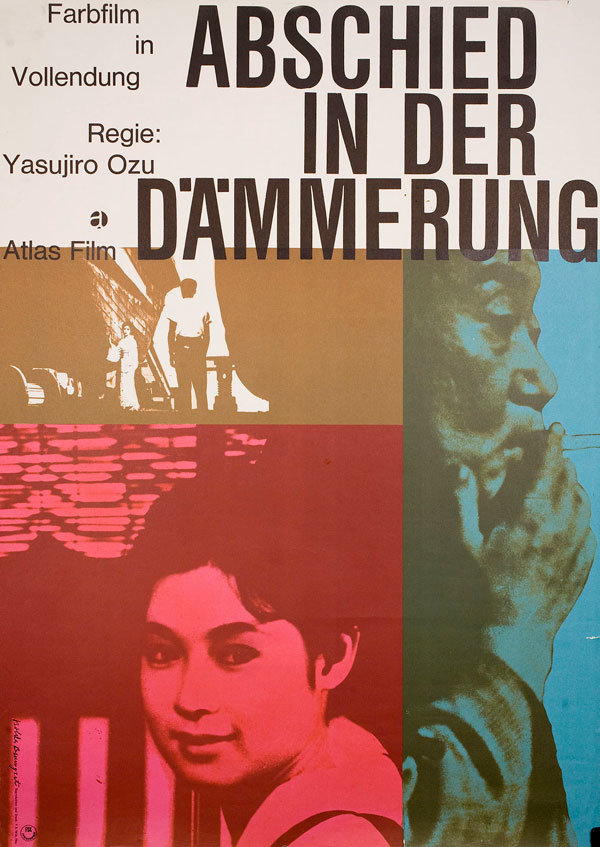 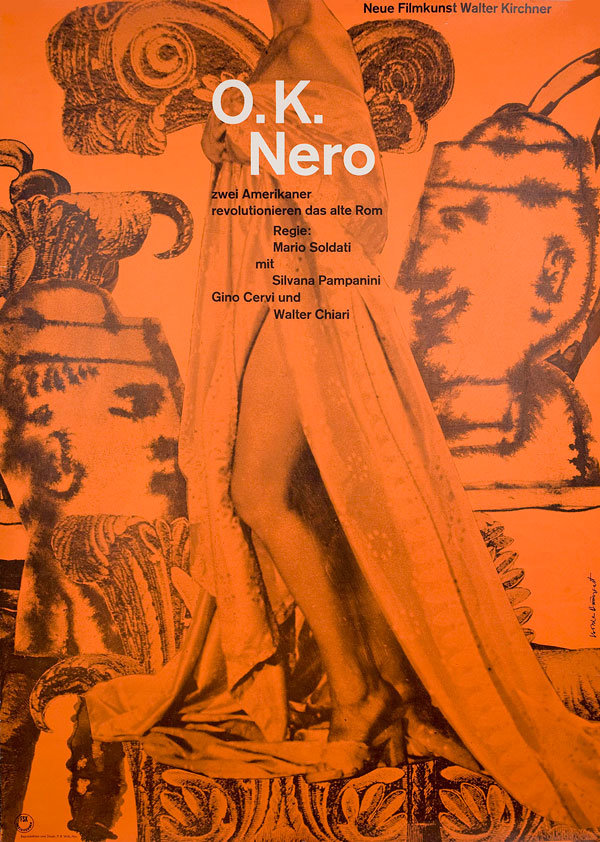 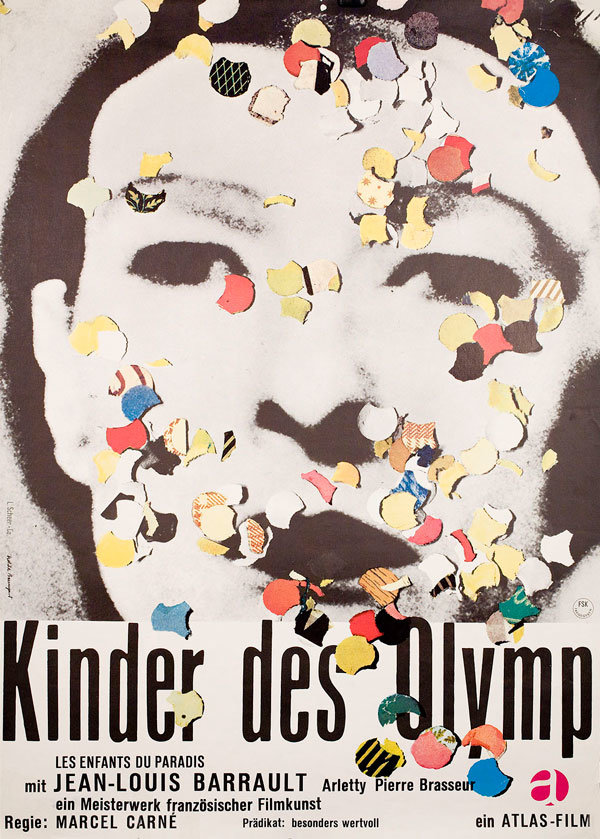 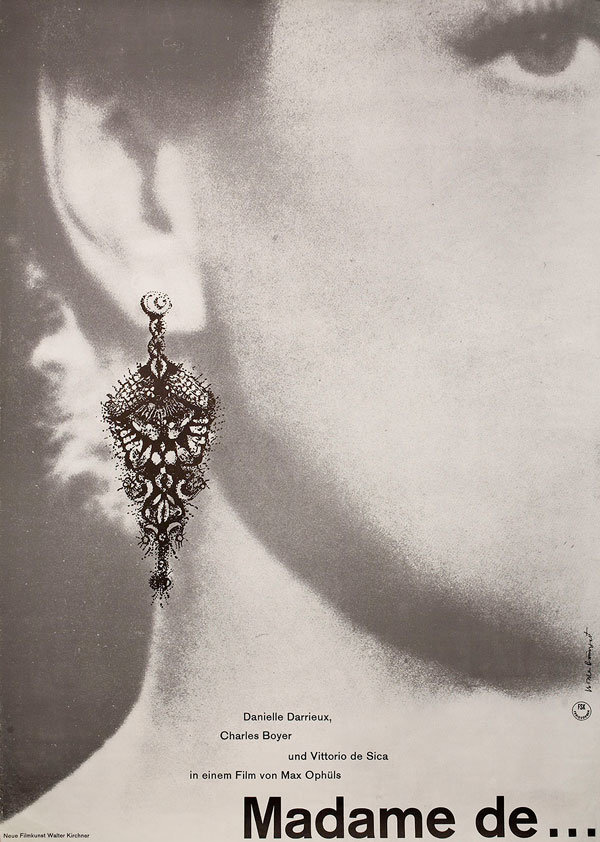 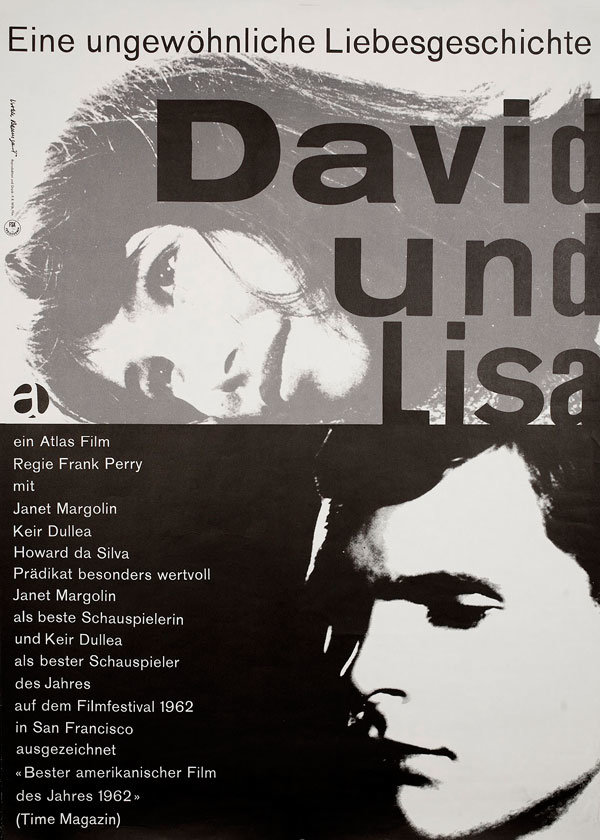 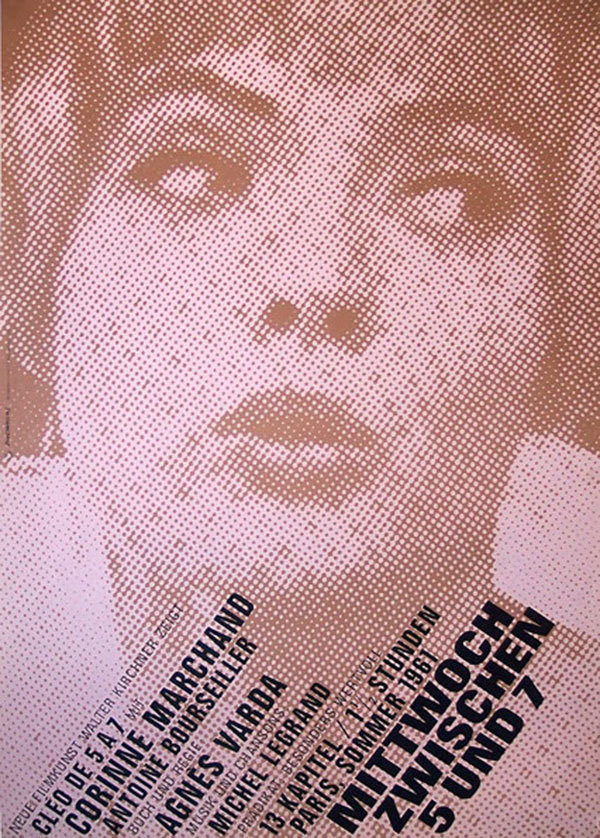 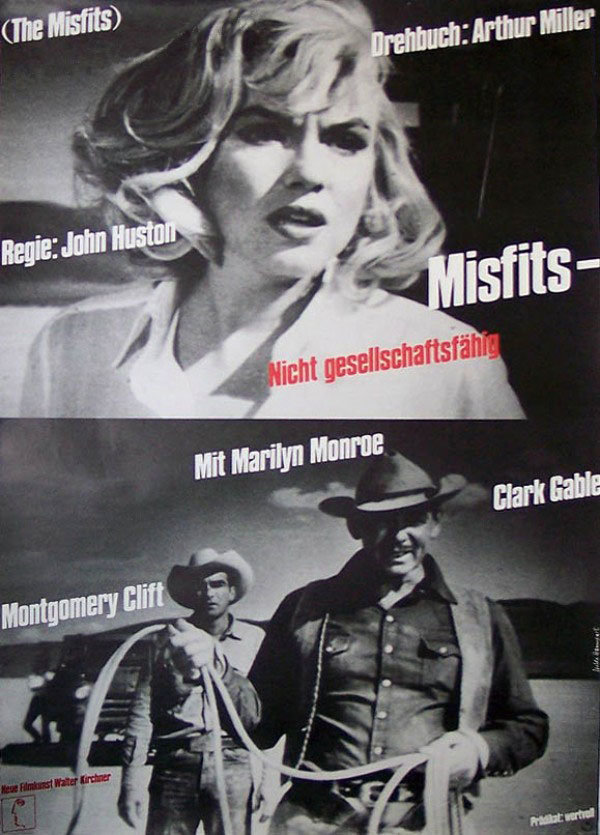 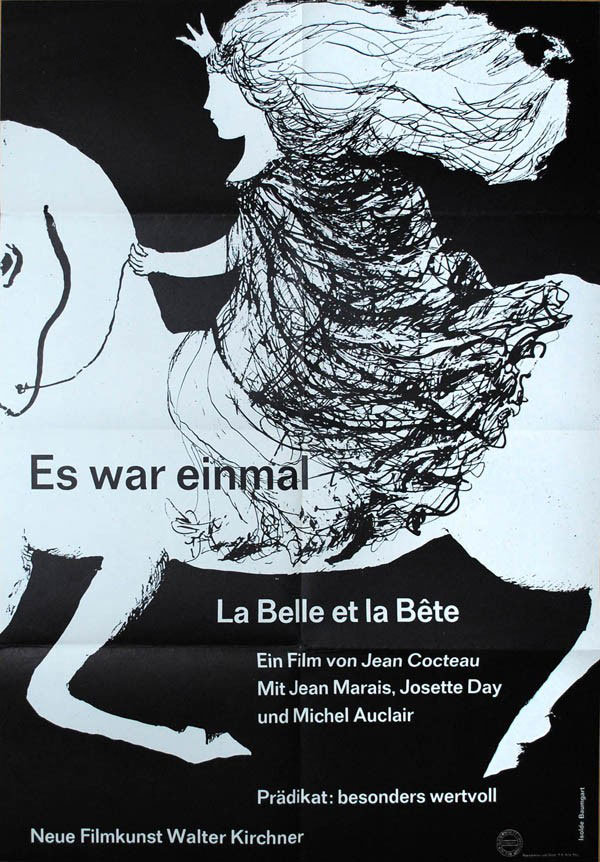 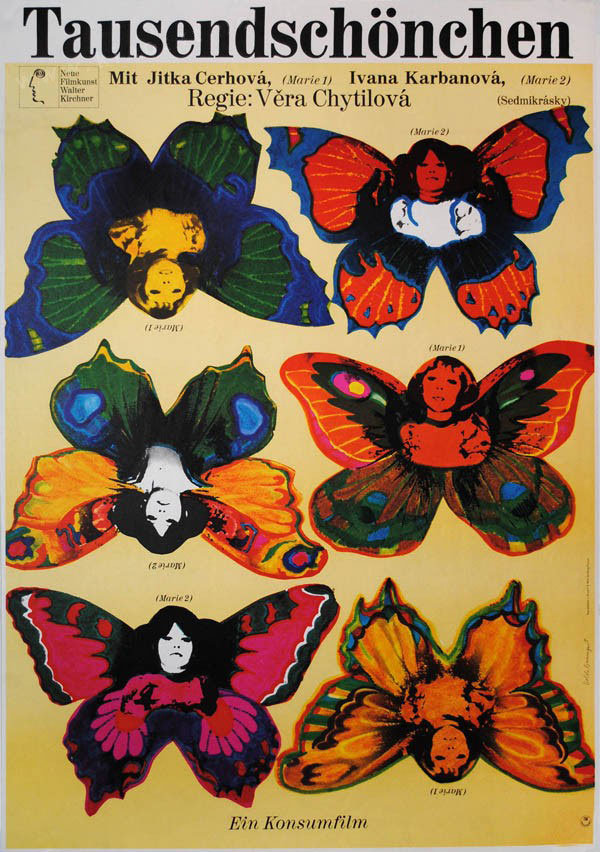 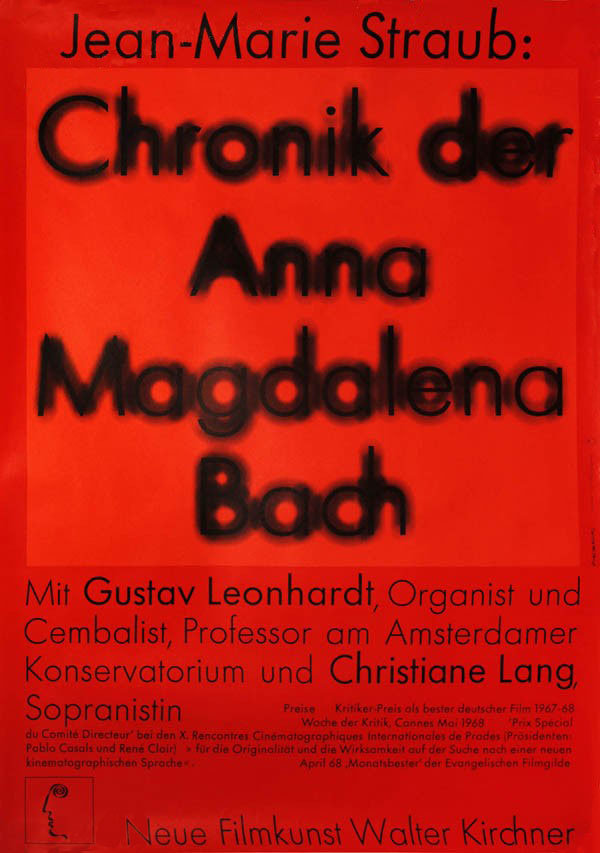 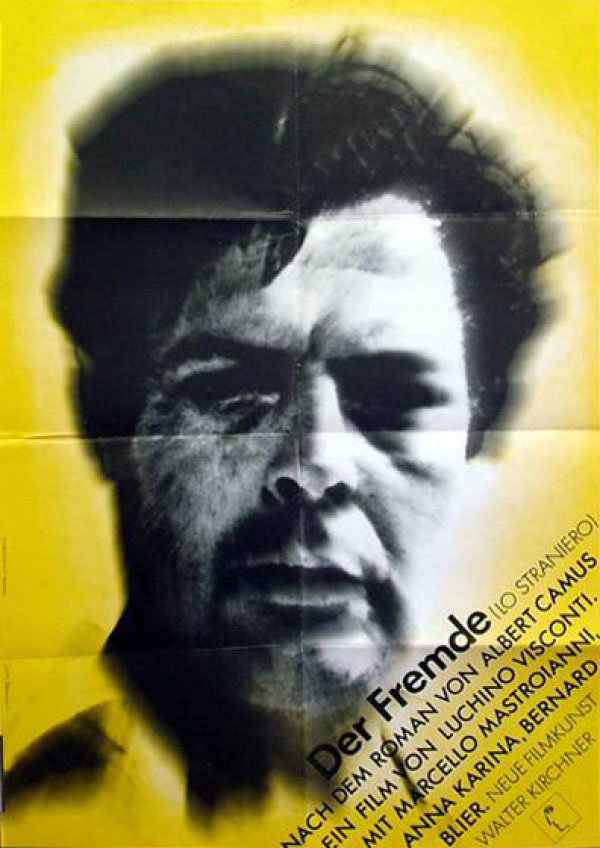 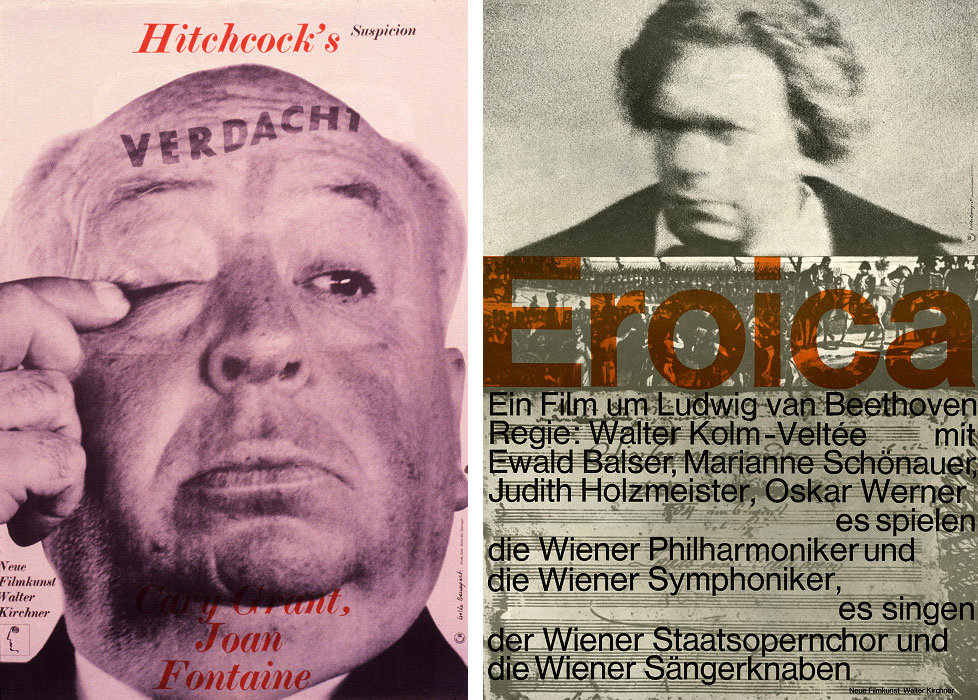 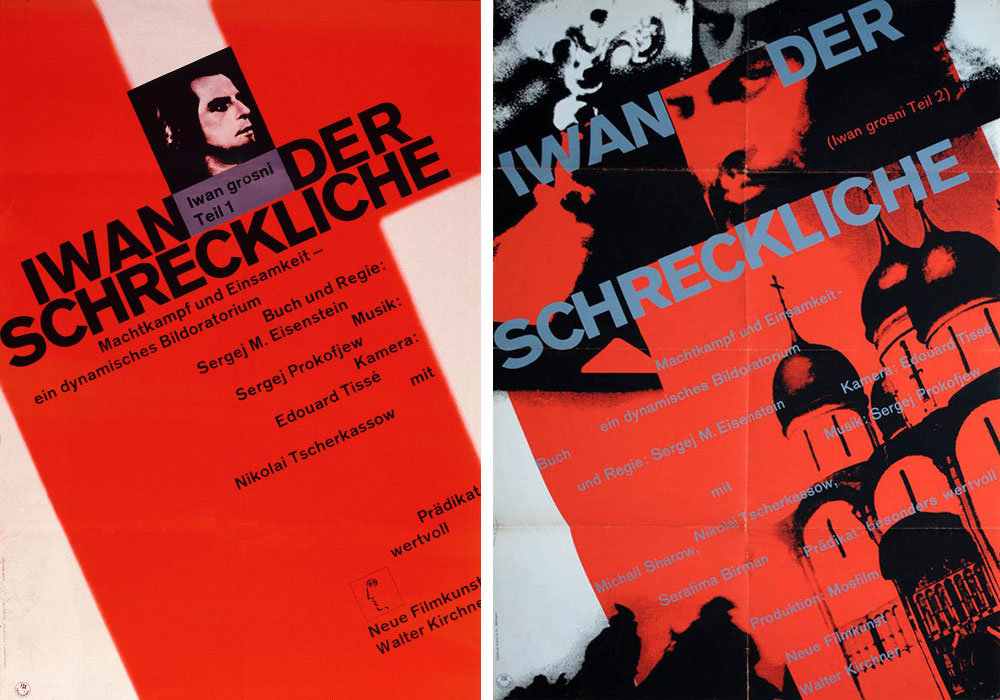