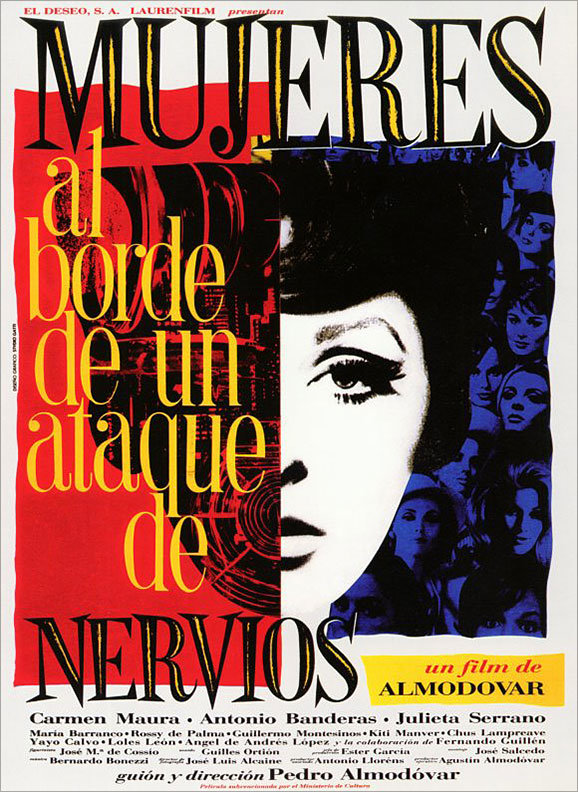 Above: Juan Gatti’s original Spanish poster for Women on the Verge of a Nervous Breakdown (Pedro Almodóvar, Spain)﻿.

After covering the posters for the very first and the current New York Film Festivals, I thought it might be fitting, in this last year of Richard Peña’s tenure as Program Director and Selection Committee Chairman of the festival, to gather all the posters from Peña’s very first NYFF, 24 years ago.

In the current edition of Film Comment—an essential souvenir of the history of the festival to date, complete with a list of every feature film to have played the festival in its 50 years—Gavin Smith writes that “The 25-film lineup of the 1988 NYFF was partly a reflection of the decade’s drift and uncertainty—two came from NYFF veterans (Sergei Paradjanov, Marcel Ophuls), two were post-Glasnost rediscoveries (Andrei Konchalovsky, Larissa Shepitko), and nine were bets that didn’t pay off in terms of future output or consequence. But the remainder was a glimpse over the horizon at a new era in world cinema.”

The festival opened notably with Pedro Almodóvar’s Women on the Verge of a Nervous Breakdown, announcing a director who would be a perennial NYFF favorite of the Peña era. And it closed with the festival’s first ever film from mainland China, Zhang Yimou’s Red Sorghum. It was a banner year for British cinema, with Mike Leigh, Derek Jarman and Terence Davies all appearing in the NYFF for the first time—and each with one arguably one of their greatest films—even though they had all been working since the 1970s. And, as Smith points out, the festival that year showed films from 16 different countries—“more than any lineup in the previous 10 years”—demonstrating Peña’s new global reach.

The 1988 festival boasted two future Oscar winners for that year: Best Documentary winner Hotel Terminus and Best Foreign Language Film winner Pelle the Conqueror (as well as two other nominees Women on the Verge... and Salaam Bombay!). The list also includes the usual handful of now-forgotten films, films whose disappearance is often more the result of the vagaries of film distribution than a mark of quality.

After a lot of digging I managed to find all but one of the posters, missing only the American documentary Golub by Jerry Blumenthal and Gordon Quinn﻿. Two of the most striking posters are those by designers inextricably associated with their favorite directors: Bill Gold for Clint Eastwood’s Bird, and Juan Gatti for Women on the Verge.... Coincidentally, both those designers have recently been fêted with lavish and absurdly expensive coffee table books of their work. (Gatti’s is a steal at $150 compared to Gold’s, which is $950 for the cheaper of two editions, the deluxe being twice that price.)

It is also interesting to note that while the late 80s was not the most glorious era of movie poster design (see especially the German poster for Felix), there was still some interesting illustration and collage-style design coming out of Eastern Europe (see Ashik Kerib and Jacob, and also Asya’s Happiness and The Onset of an Unknown Age, though I’m not exactly sure whether the posters for those two retrospective titles were created in 1967, when the films were made, or twenty years later.)

Which leaves me only to offer my congratulations to Richard Peña, 23 of whose New York Film Festivals I have been lucky enough to attend. I hope this brings back happy memories. 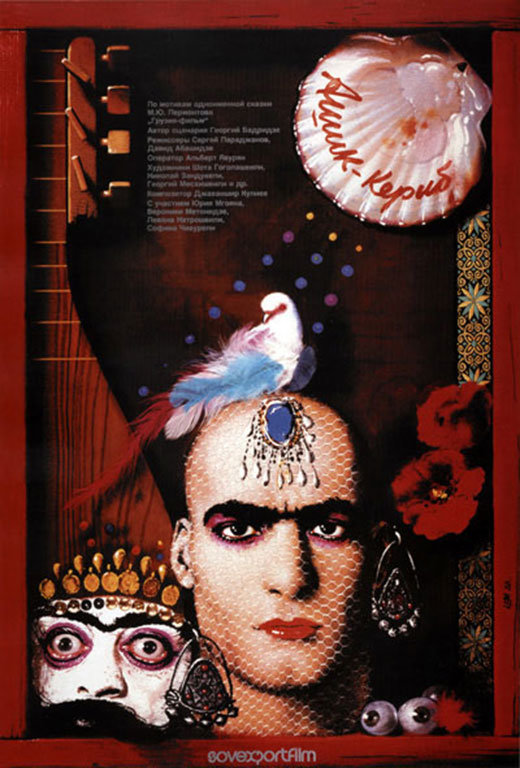 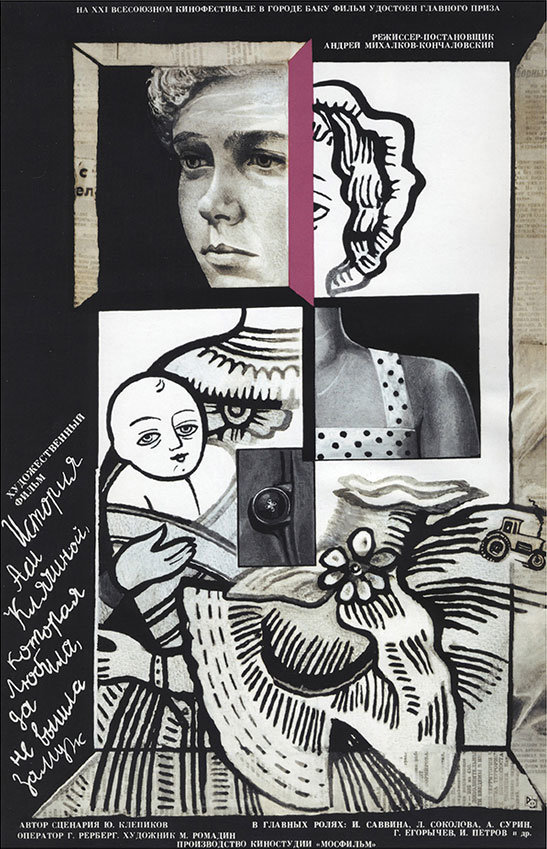 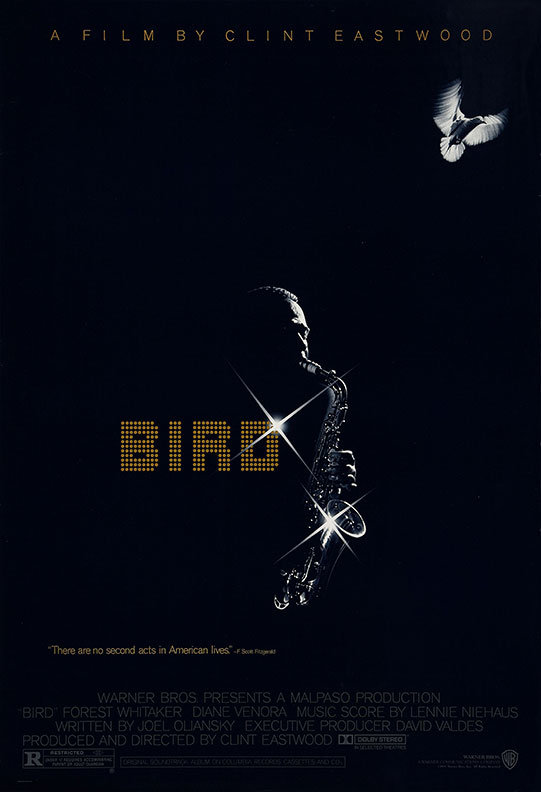 Above: Bill Gold’s US one-sheet﻿ for ﻿Bird (Clint Eastwood, USA)﻿. 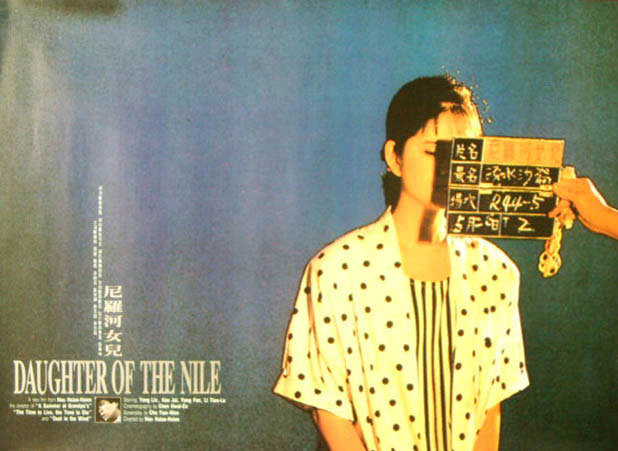 Above: UK quad for ﻿Daughter of the Nile (Hou Hsiao-hsien, Taiwan)﻿. 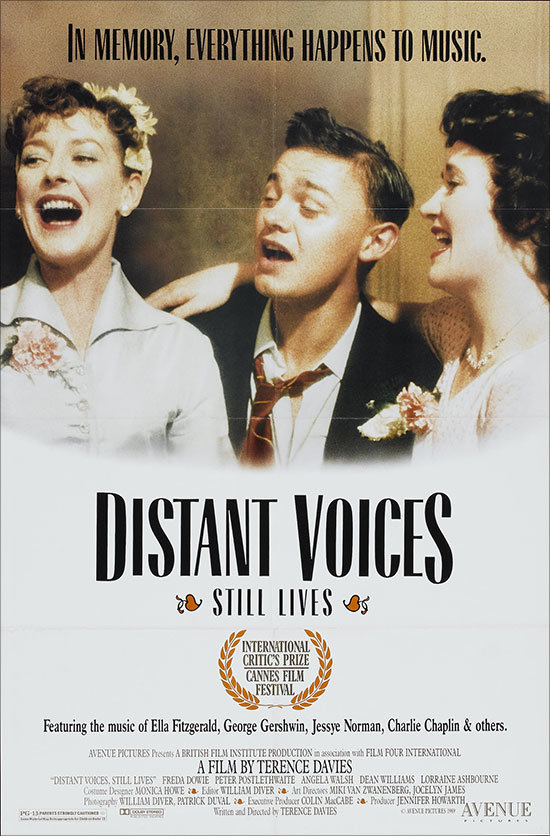 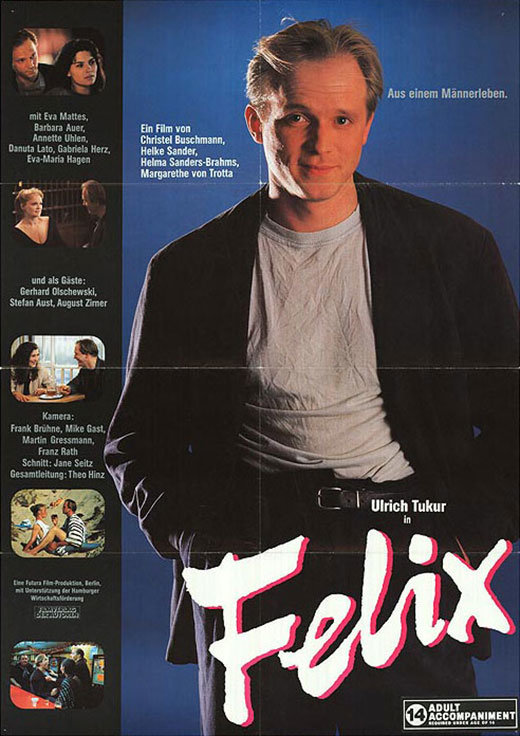 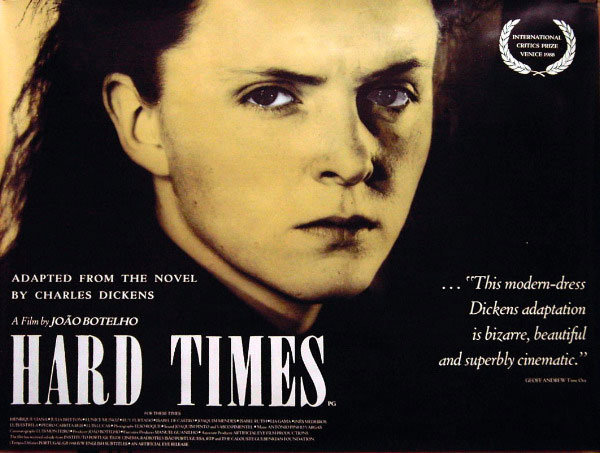 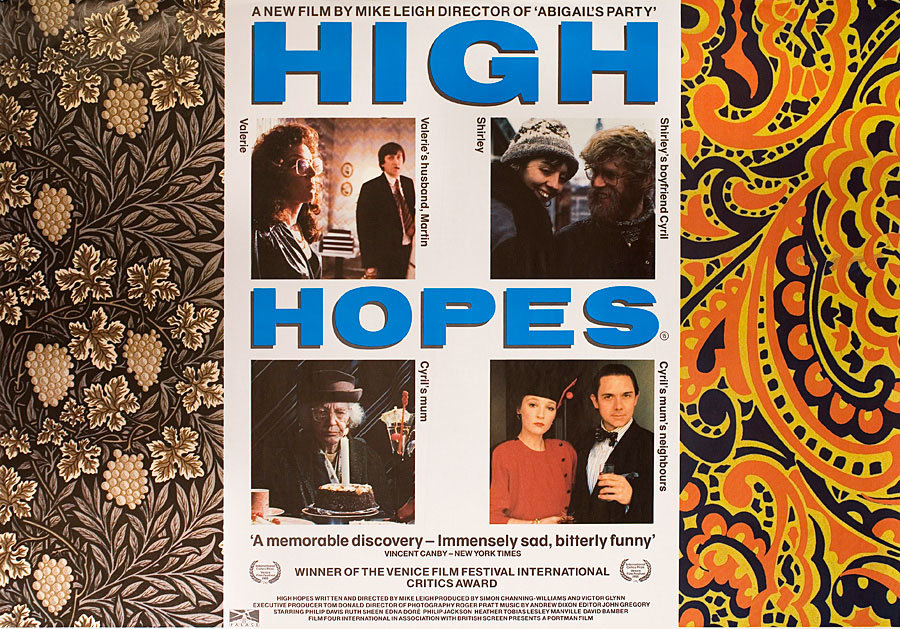 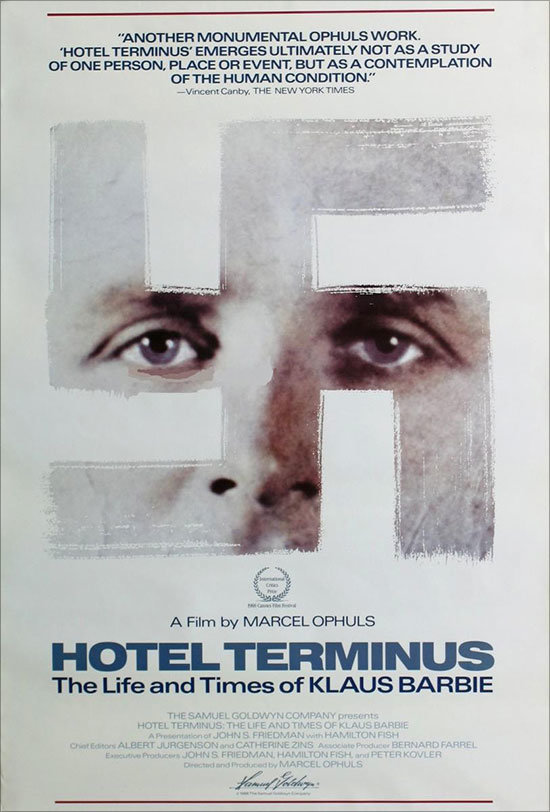 Above: US one-sheet﻿ for ﻿Hotel Terminus – The Life and Times of Klaus Barbie (Marcel Ophuls, USA/France)﻿. 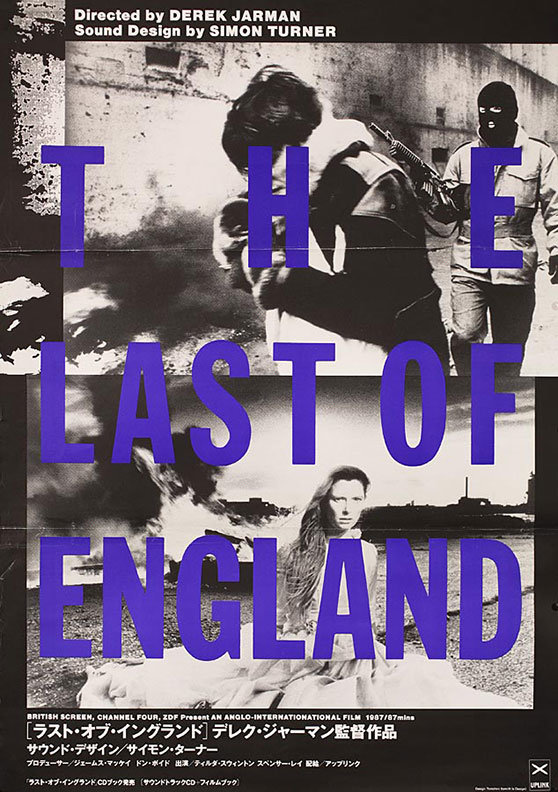 Above: Japanese poster for ﻿The Last of England (Derek Jarman, UK)﻿. Courtesy of Posteritati. 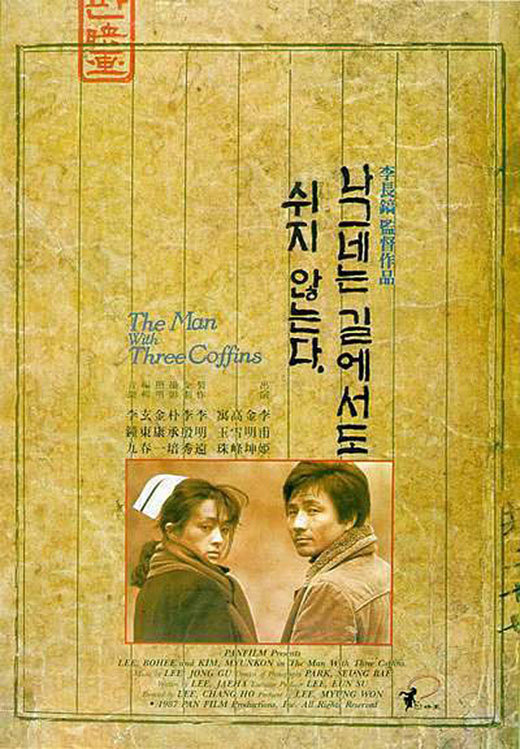 Above: International poster for ﻿The Man with Three Coffins (Lee Chang-Ho, South Korea)﻿. 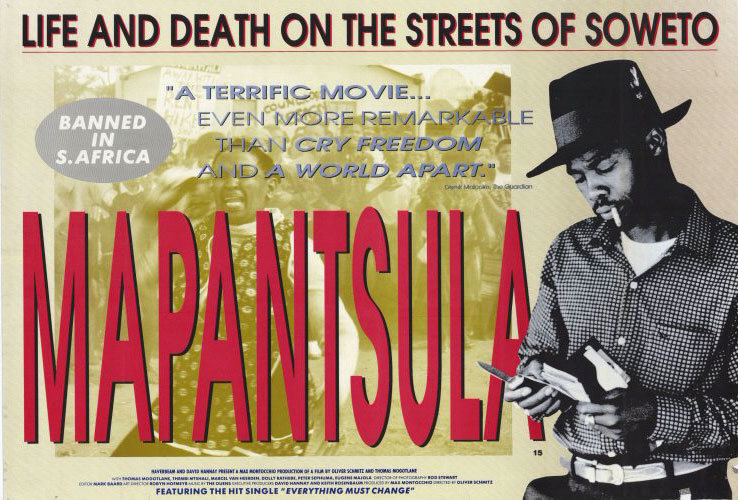 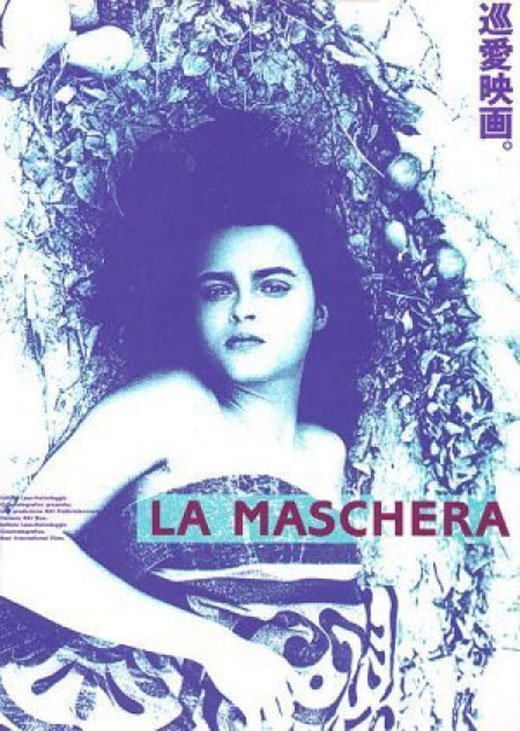 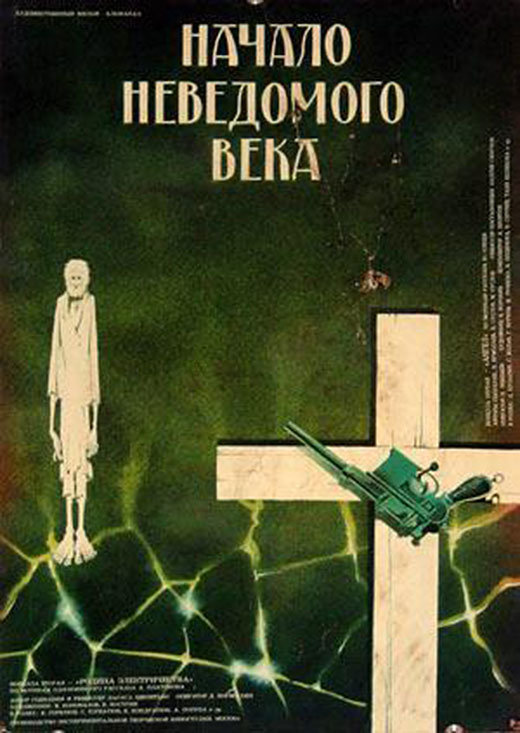 Above: Soviet poster for The Onset of an Unknown Age (Andrei Smirnov and Larissa Shepitko, USSR, 1967) ﻿. 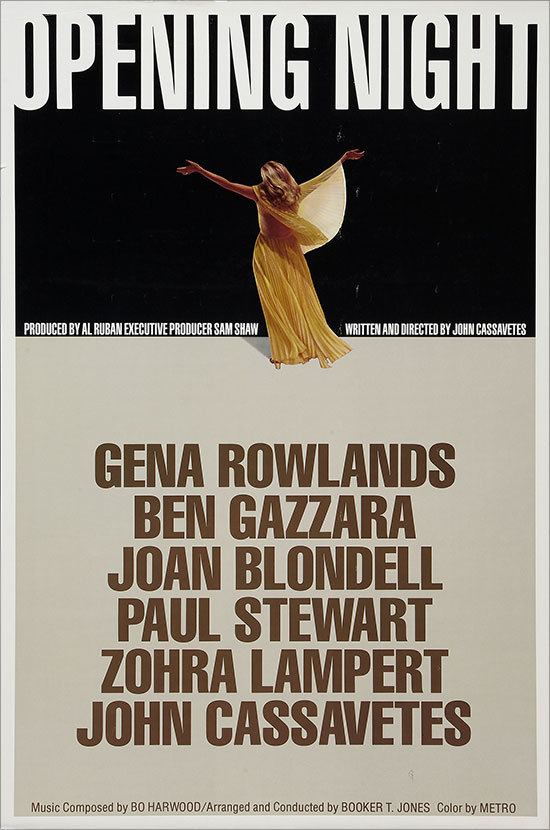 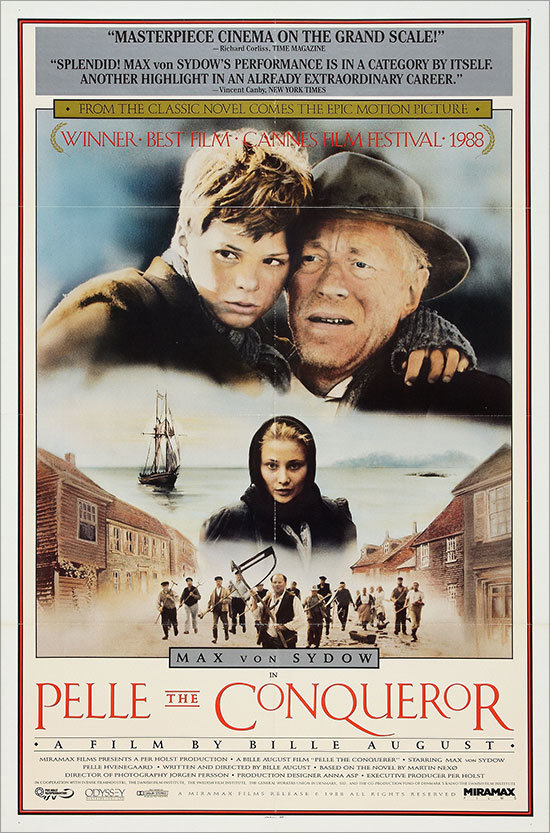 Above: US one-sheet for ﻿Pelle the Conquerer (Bille August, Denmark)﻿. 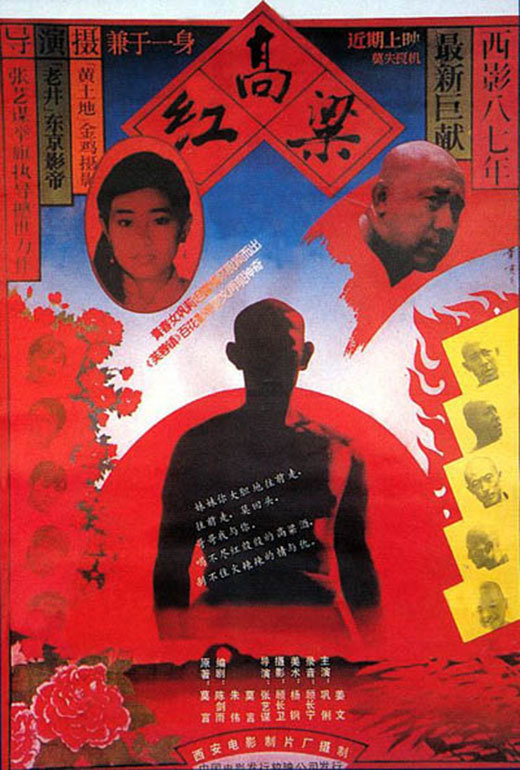 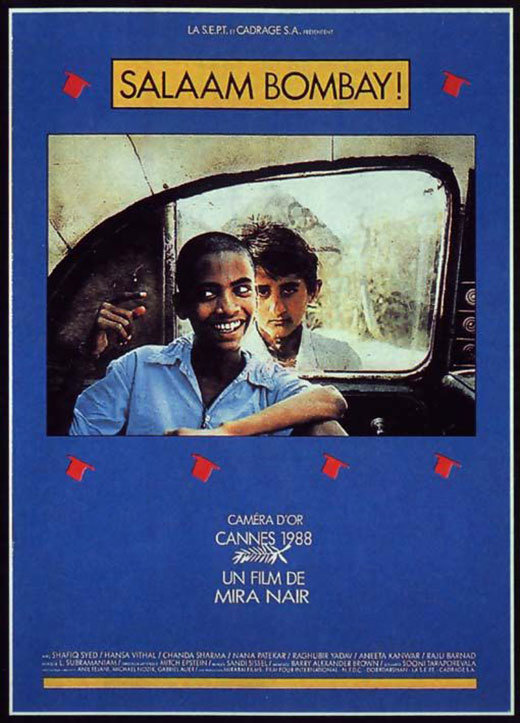 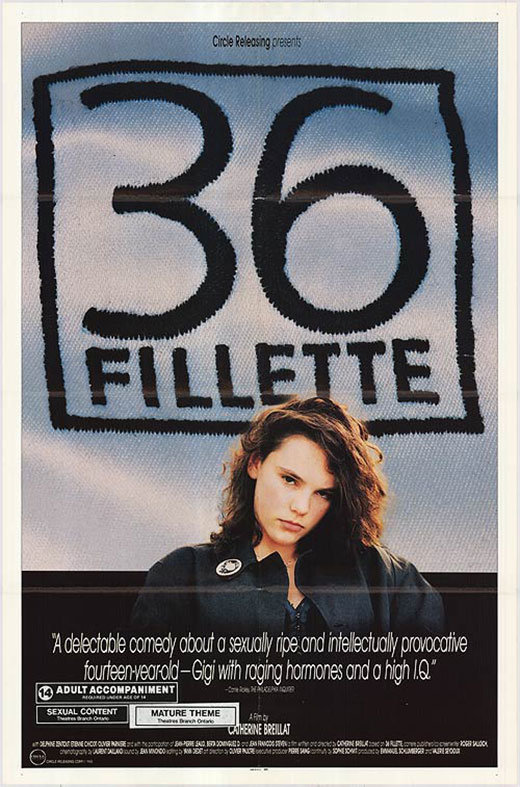 Above: US one-sheet for 36 Fillette (Catherine Breillat, France)﻿. 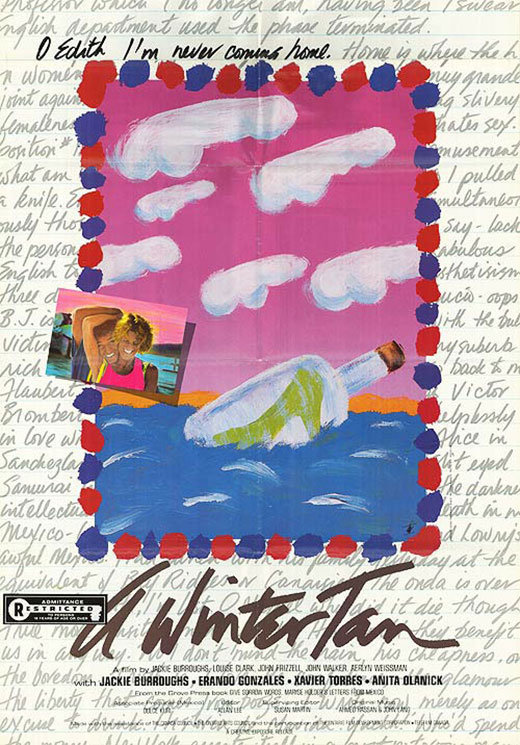