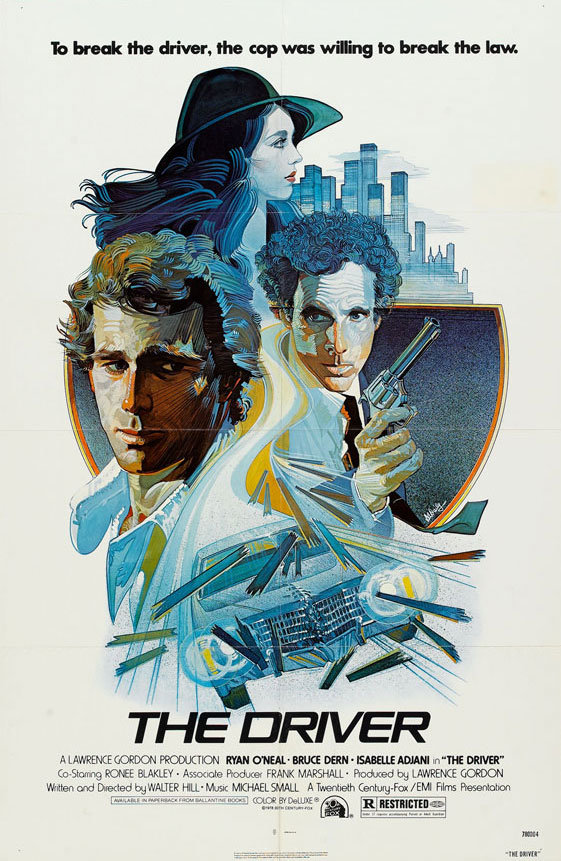 In the burnt-rubber wake of Drive, I finally caught up with Walter Hill’s 1978 gem The Driver on DVD this week, a film I was woefully unaware of until Nicolas Winding Refn paid homage to it (or ripped it off, depending on your predisposition to Refn; the opening cat and mouse car chase is a direct homage/steal but after that the films significantly diverge). Seeing it in the midst of the Bresson retrospective currently going on in New York was also very instructive (Ryan O’Neal’s ascetic, taciturn getaway driver could be the American cousin to Pickpocket's Michel), although Hill’s avowed debt was more to Jean-Pierre Melville. The original American poster for the film is a beauty. Illustrated by one “M. Daily” about whom I can find no other information, it has a little bit of the look of the deco-inflected 70s posters of Richard Amsel. After all the chatter about the pink script title treatment for Drive, the title font here is sleekly modern and elegantly restrained. I especially love the brush strokes in the illustration (Bruce Dern’s hair!) which benefit from being seen up close. 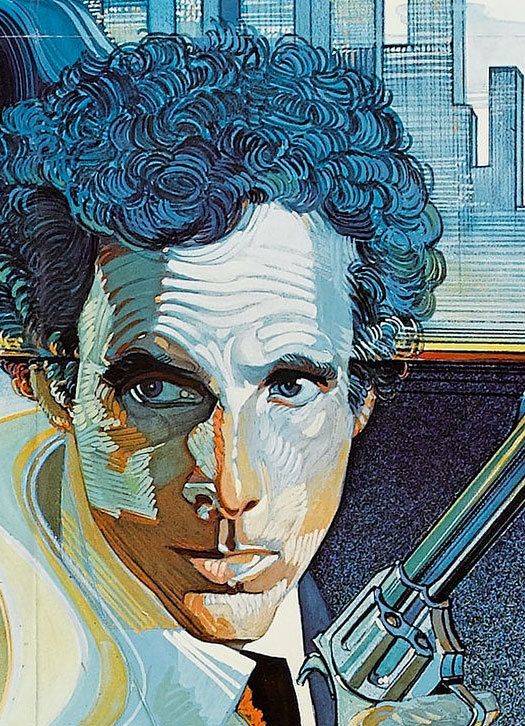 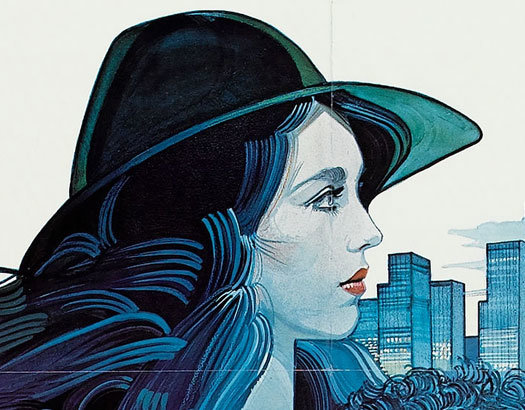 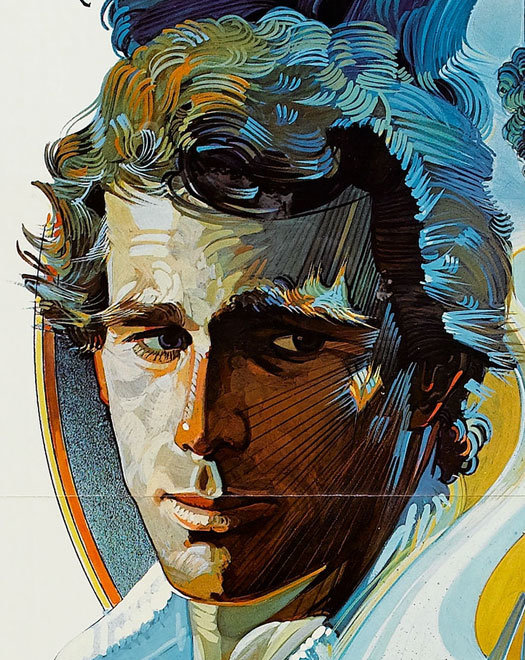 There was also an international version of the poster that used photographs and a dramatic use of negative space: 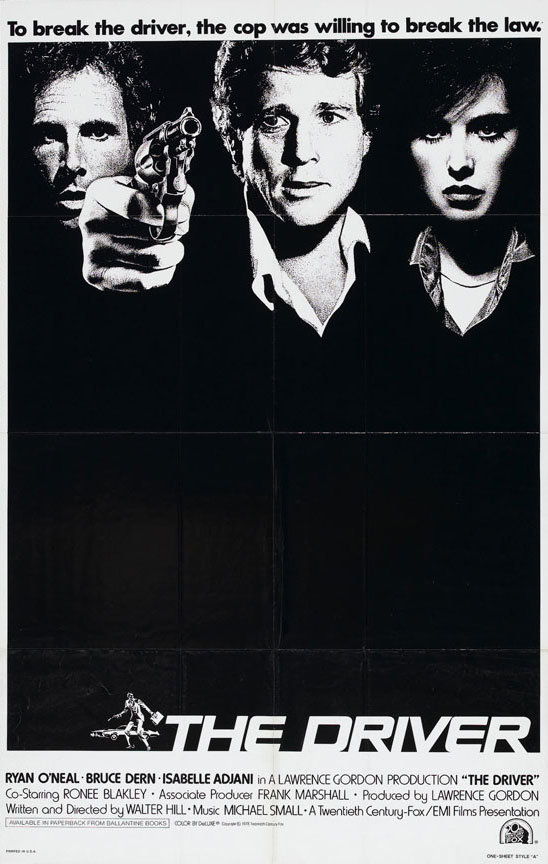 The typefaces, however, are identical on the two posters, the international version using a heavier weight for the title treatment, and throwing in this terrific little graphic: 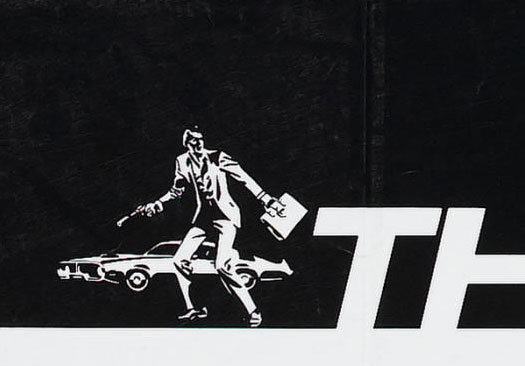 The German poster is far more rough-and-tumble (the same artwork appears on a number of other international variations so I’m not sure where it originated), with its monolithic Ben Hur-esque title (in Europe the film was known simply as Driver), Ryan O’Neal’s chest hair, police shoot-outs, scantily clad babes cavorting with Bruce Dern, the sun bursting over Los Angeles, and cars careening out of the poster like the train arriving at La Ciotat. And of course the most no-nonsense tagline of all time, written as a mathematical equation: ACTION + ACTION = DRIVER. 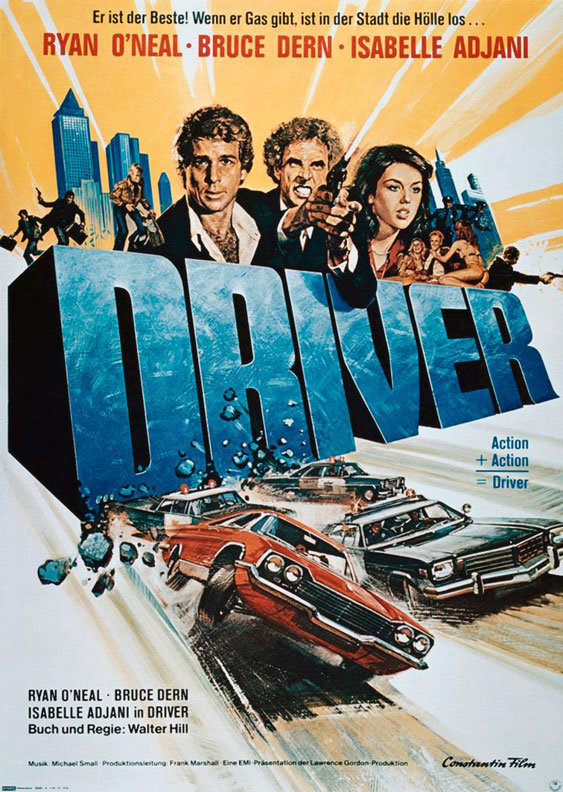 The Yugoslavian variant (starring Rajan O’Nil, directed by Volter Hil) is a cruder version of the German which makes the film look more like a buddy movie. Though you wouldn’t know it from this poster, O’Neal and Dern are actually antagonists: Dern’s dyspeptic cop is Ahab to O’Neal’s car-jacking Moby Dick (the cars slicing silently through the nighttime streets only adding to the metaphor). 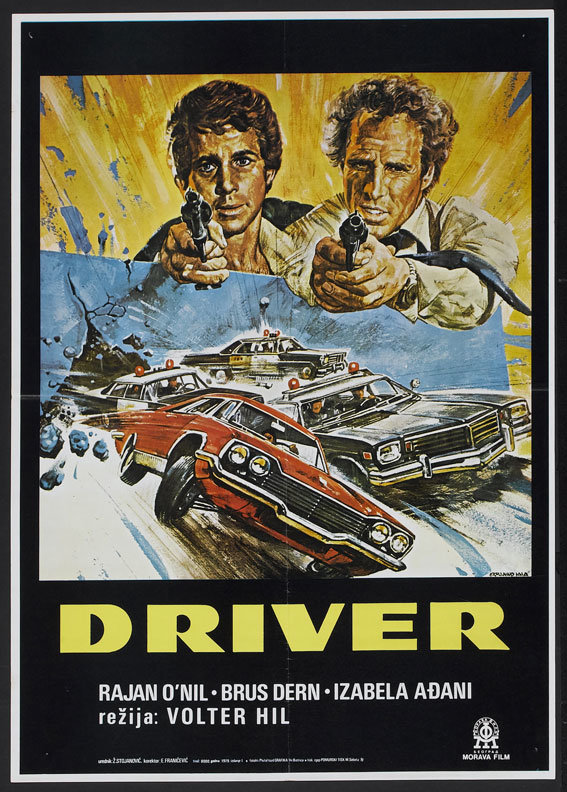 Finally, the candy-colored Thai poster uses the same illustration of Dern from the American poster, as well as Daily’s semi-circular frame, but then throws in different images of O’Neal and Adjani and plenty of other elements for good measure. 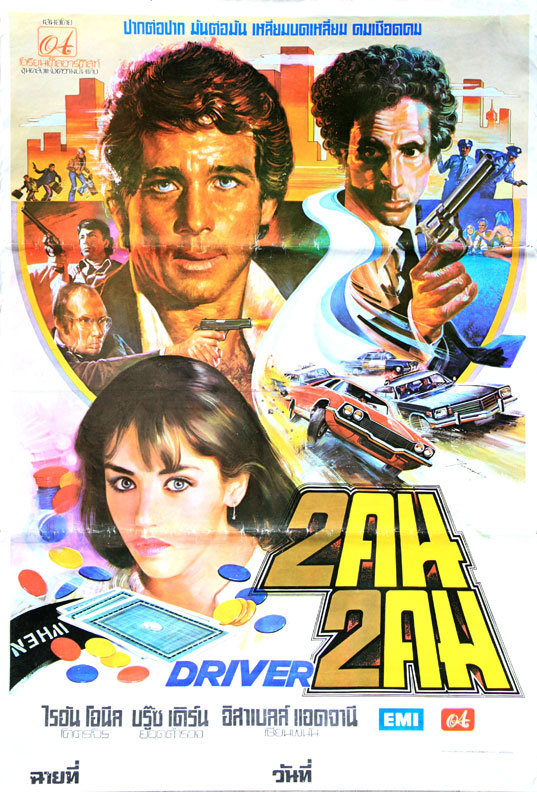