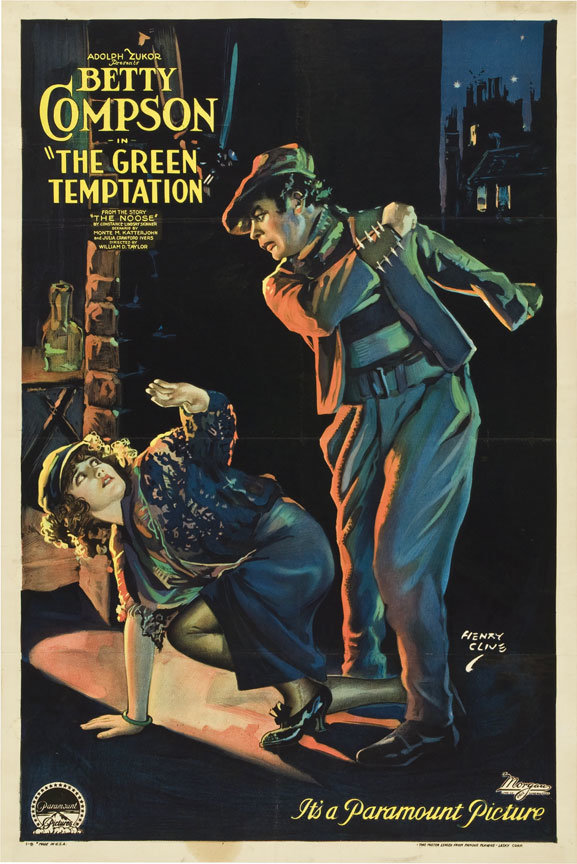 There are two stories I want to tell with this glorious 1922 poster: one is about the film itself—a forgotten silent melodrama—and the sad fates of its main protagonists, and the other is about the artist Henry Clive.

The Green Temptation, a film which I’m not even sure is extant (the silent film database silentera.com says “survival status: unknown”), starred Betty Compson as Genelle, a member of the Parisian underworld who, along with her partner Gaspard, runs a travelling theatre as a ruse to pickpocket their patrons and burgle their homes while they’re watching the show. When the First World War starts, Genelle joins the Red Cross as a nurse to evade the police and after the War emigrates to America to start a new life. But her attempt to turn over a new leaf is foiled by the reappearance of Gaspard who forces her to help him steal the valuable emerald of the title.

The poster tells you all you need to know about the relationship. Especially chilling is the spiked wristband Gaspard is wearing.

The film’s main claim to fame may be that its director, William Desmond Taylor, was murdered two months before the film was released. His unsolved murder was one of the great scandals and mysteries of early Hollywood and merits a whole chapter in Kenneth Anger’s Hollywood Babylon. It brought an end to the careers of two starlets involved with Desmond (a notorious lothario), Mabel Normand and Mary Miles Minter, and, along with the Arbuckle scandal, led directly to the appointment of Will Hays as Movie Czar just a month later, and thus to the establishment of the Hays Code. Despite rumors of love triangles, blackmailers and drug dealers, Taylor’s killer was never found, though a number of actresses in later years apparently made deathbed confessions to the murder.

The two stars of The Green Temptation do not seem to have been tainted by the scandal, but neither fared well with the coming of sound. Betty Compson (1897-1974) was a big star in the 1920s, but by the 30s and 40s was reduced to character parts. A financial scandal  in the 1930s linked to the tax problems of her ex-husband, director James Cruze, decimated her fortunes. In later years she developed her own cosmetics label and ran a business “producing personalised ashtrays for the hospitality industry.”

Theodore Kosloff﻿ (1882-1956), the menacing brute in the poster, was actually a Russian ballet dancer who became a silent film actor after being talked up to Cecil B. DeMille by his ballet-loving niece Agnes. A real-life George Valentin of sorts, Kosloff, as a Russian speaker, could not find work in the talkies, though unlike Valentin, his dancing doesn’t seemed to have helped. His last role was an uncredited cameo as a dance instructor in Gregory LaCava’s 1937 Stage Door. After retiring from acting he worked as a choreographer and opened a successful Los Angeles ballet school.

The artist Henry Clive (1882-1960) seems to have had a happier career. One of the few illustrators—along with Hap Hadley and John Held Jr.﻿—who had the stature to sign his name to posters in that era, Clive was born in Australia and brought up on a sheep ranch. He started in show business as a magician (billed as “The Great Clive” or “The Debonair Magician” according to MagicPedia which also notes that he was “assisted for a time by May Sturgess, noted to be the most beautiful girl in vaudeville”) and toured the US before coming to Hollywood and acting in silent films. The story has it that Florence Ziegfeld saw Clive sketching in New York one day and asked him to paint the Ziegfeld Girls. He became a notable magazine illustrator known for his beautiful pastel portraits of actresses and was hired as art director for Charlie Chaplin productions (also playing a villain in City Lights). 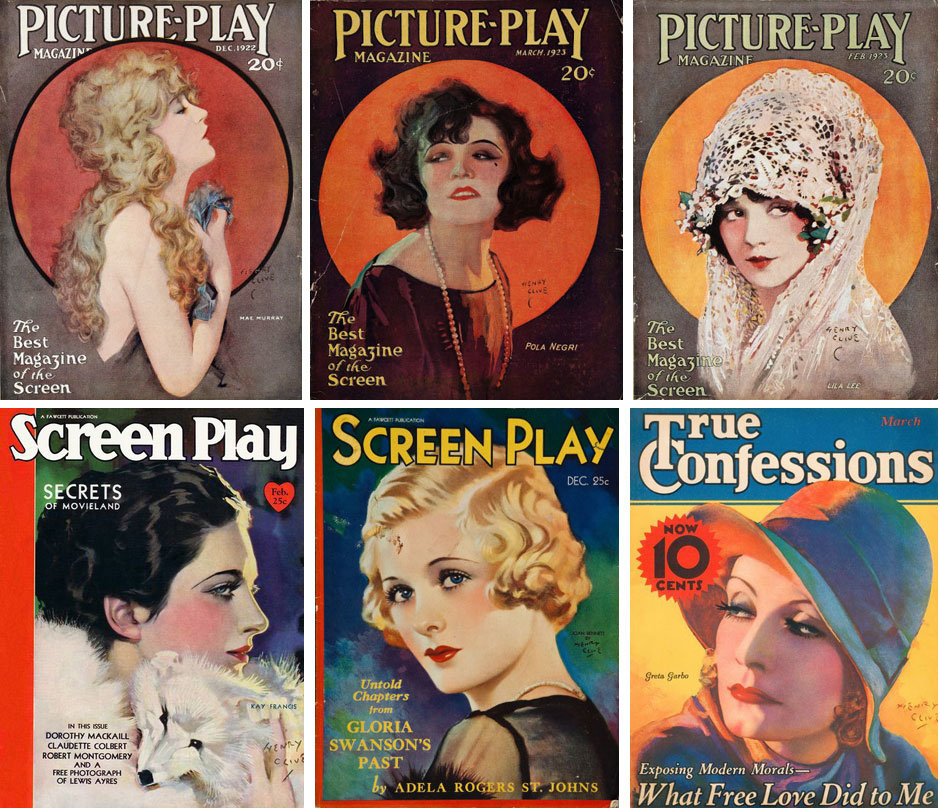 ﻿As a poster designer Clive seems to have had a fruitful relationship with Gloria Swanson and Rudolph Valentino, painting various posters for The Sheik (1921) and Beyond the Rocks (1922). 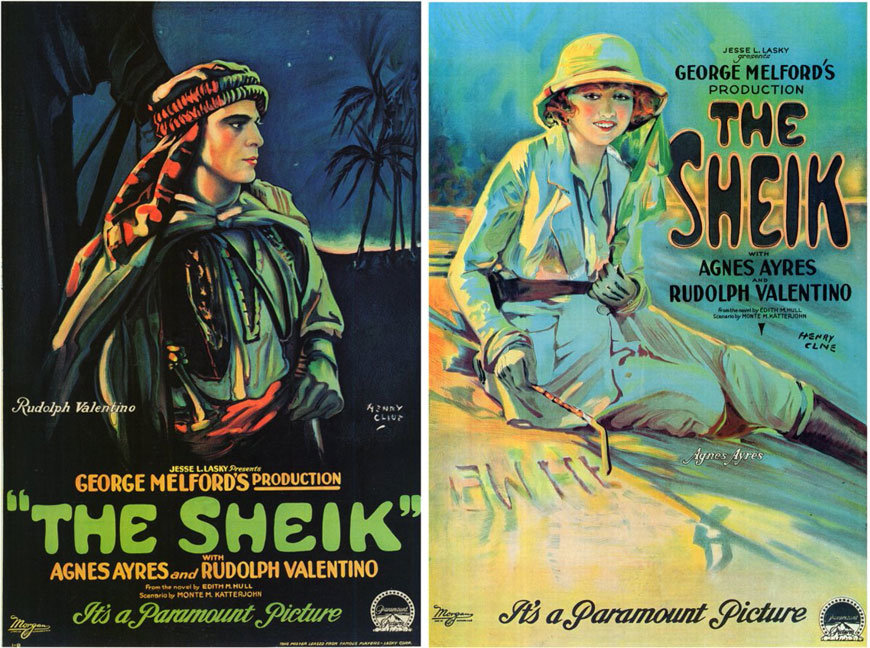 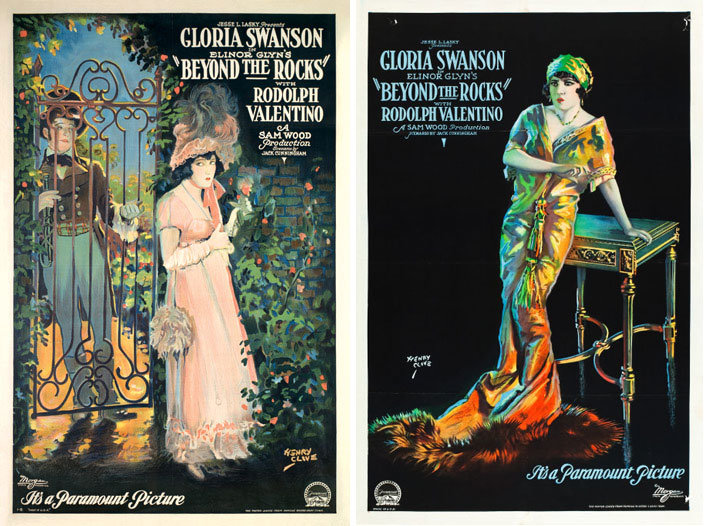 Clive was also known for painting collectible tins with the portraits of movie stars and for risqué wall murals for Hollywood nightspots like the Jade Lounge and the Masquers Club (photos of which can be seen here).

This article on Clive below is from Foto Parade magazine in November 1950. The opening paragraph reads “For thirty-one years, Henry Clive has been responsible for some of the most gorgeous women ever to decorate a magazine or calendar cover...Through the years, Clive has become fairly indifferent to feminine good looks and his own art work. He calls his lovely illustrations ‘dolly mops,’ and the suggestion that he has made a real contribution to magazine illustration actually seems to offend or amuse him. But the truth will out. The guy is good...his girls are gorgeous...and the public loves his work.” 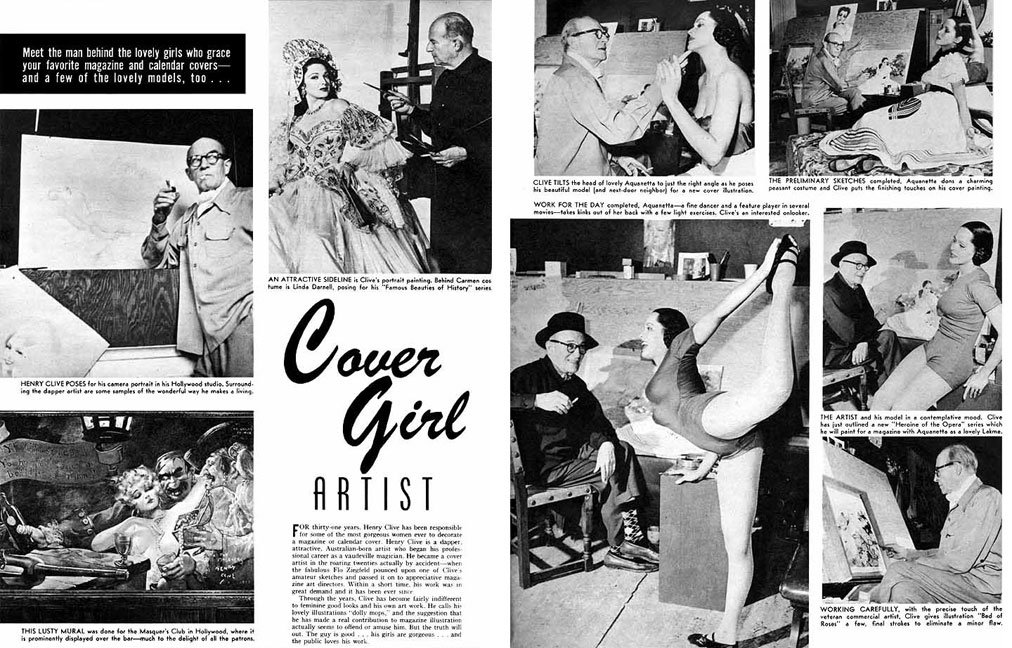 There is one last poster which may be by Clive, but it is unsigned. It is for the oddly named Moran of the Lady Letty (1922) and its pose, with its weapon-weilding brute standing over its cowering hero, is awfully reminiscent of The Green Temptation. Whether Clive illustrated any other posters outside of 1921-22 remains to be seen. If anyone knows more please let me know in the comments below. 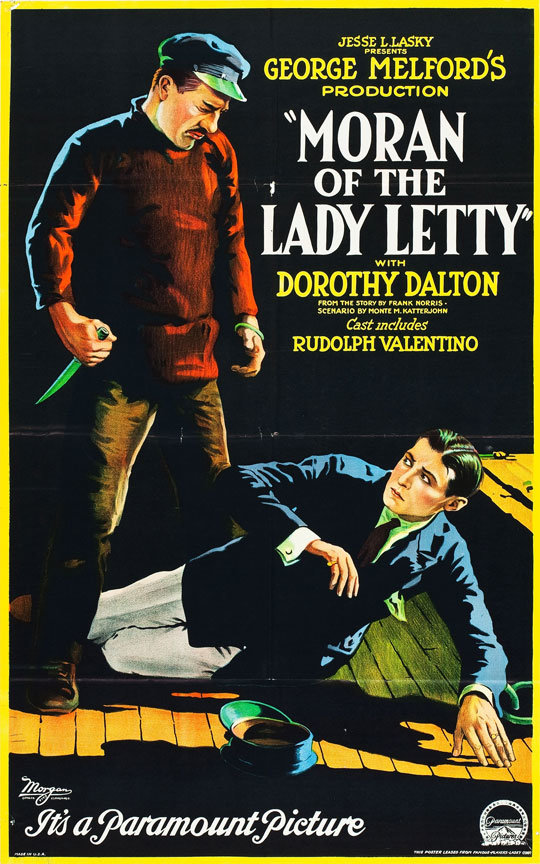 Postscript: Clive’s gorgeous Beyond the Rocks poster above on the right, was sold at Heritage Auctions just last weekend for $11,950, which reminds me to follow up on the Berwick poster discovery story. The thirty-three 1930-31 posters found in that attic were sold for a total of $503,035, more than double their pre-auction estimate. The best seller was the Dracula Style F one sheet (one of only four in existence) which sold to an anonymous overseas collector for $143,400. Next was the poster for Cimarron which went for $101,575.﻿

Of the posters I featured, the Style B Public Enemy brought $59,750, while the other Public Enemy poster, featuring James Cagney, realized $55,269. But you could have picked up that luscious red and green Lady Who Dared for a mere $2,151.