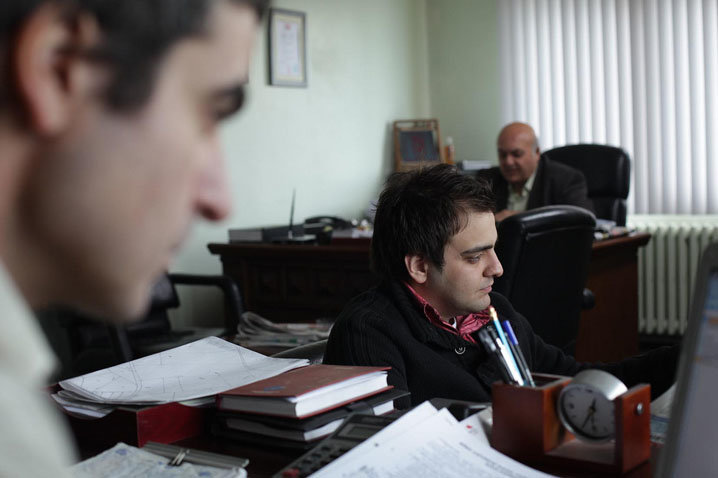 "As much a portrait of incipient fascism as it is a tale of young love thwarted, Seren Yüce's Majority acts as something like a quad erat demonstrandum of the way the Turkish ruling classes perpetuate themselves," writes Andrew Schenker in Slant. "Son and heir of an Istanbul construction magnate who has mapped out the young man's life before the kid's had a chance to live it, Mertkan's (Bartu Küçükçağlayan) reluctance to follow in his father's footsteps takes on the form of an extremely passive rebellion… Expertly constricting the twentysomething within the dual confines of fixed camera setups and the tight corridors of his family's apartment, Yüce makes palpable Mertkan's discomfort at being fitted to the Procrustean bed of paternal expectations."

"Once again, a gem from Turkey," agrees Howard Feinstein in Filmmaker. As noted in September, Majority was awarded the Lion of the Future, or the Luigi De Laurentiis Venice Award for a Debut Film, when it screened in Venice Days. Yüce will be on hand for a Q&A when the film screens tonight at MoMA and on Sunday afternoon at the FSLC. 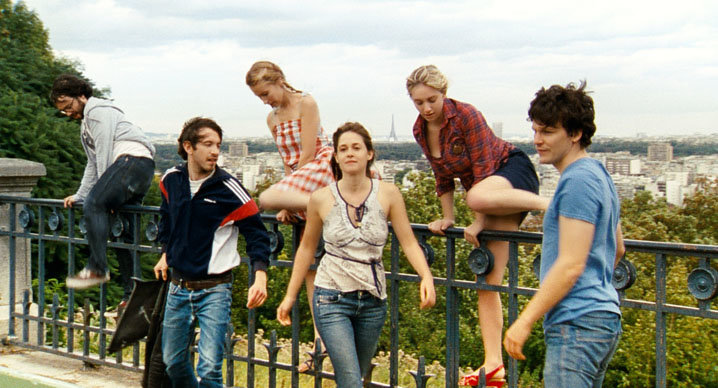 "For much of its runtime, Memory Lane is the equivalent of beach reading: light and pleasant, but not very, uh, memorable," finds L Caldoran at Cinespect. "The film loosely centers on Vincent (Thibault Vinçon, resembling a Gallic Jesse Eisenberg), who spends his spare time performing in a vaguely indie band featuring a xylophone player and lyrics in English… [H]e and his friends engage in standard modern-twentysomething activities: hanging out while cracking open a few beers, going to parties DJed by iTunes playlists, etc."

"In this charmingly inert corner of the world where leisure reigns supreme and dawdling seems like a great virtue, the only thing anyone sweats is the prospect of having something to do." Ed Gonzalez in Slant: "One character, Raphaël (Thomas Blanchard), entertains suicide, and another, Christelle (Dounia Sichov), repeatedly crosses paths with a skeevy-looking drifter who, like the group of men that chases after a bus in a later scene, reeks of danger. But death comes to no one, and you get a sense that if it did, these idle characters would merely shrug at it, understanding it as another expected blip on life's radar. Buñuel might have poked fun at their discreet charms, or lack thereof, while Téchiné might have found poetry in the film's quotidian setting, then wrung a universal message from it, but [Mikhael] Hers adopts a more laissez-faire stance toward his ciphers, observing their indolence and enlightened attitudes from a dispassionate distance."

IndieWIRE interviews Hers. Memory Lane screens tonight at the FSLC and on Sunday at MoMA. 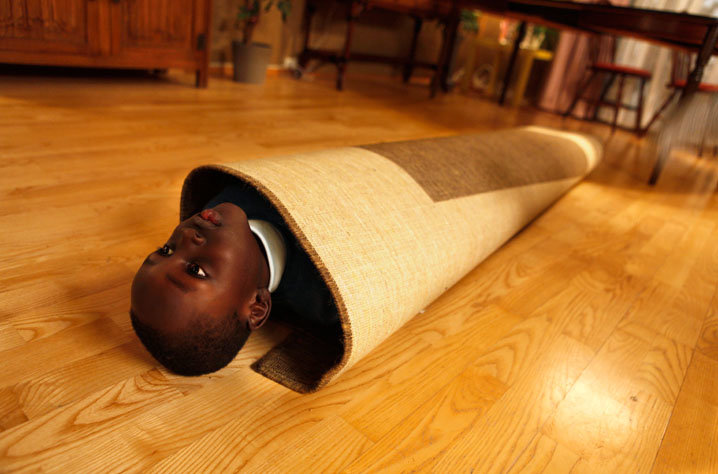 "When Theodor meets an Ethopian child his age, he initiates a game of 'Slave' with him," notes Ed Champion. "And based on the fact that a happy quartet of white men pops into the film every fifteen minutes to sing famous blues standards (This reminded me, for some reason, of Alan Price's band in O Lucky Man! Let's have more of these happy musical intrusions in cinema.), I cannot deny that I felt that the film was embracing some bizarre yet slight shadow of white privilege. My slight discomfort, however, was assuaged by the pic's good-natured tone, which is more committed to trying out any number of comical quirks, however messy."

When Anne Sewitsky's film won the World Cinema Jury Prize for a dramatic feature at Sundance in January, I gathered reviews from David D'Arcy (Screen), Justin Lowe (Hollywood Reporter) and Noel Murray (AV Club, B+). Happy, Happy screens this evening at the FSLC and again on Sunday afternoon at MoMA.

Updates, 3/28: "Hospitalité, Koji Fukada's odd, witty, and essentially timeless parable, involved a similar story, though it took place largely within a single household, and was one of the great triumphs of this year's program, along with festival favorites Curling and Attenberg. Unlike Hospitalité, however, Happy, Happy has secured stateside distribution through Magnolia and will see release later this year." For Chris Cabin, writing at the House Next Door, this is a "triumph of cowardice, complacency, and stealth conformity over the bold and the truly bizarre."

Viewing (1'43"). Mekado Murphy gets a few moments with Sewitsky for the New York Times.

Update, 3/29: And the FSLC's John Wildman has "Ten Burning Questions" for her. 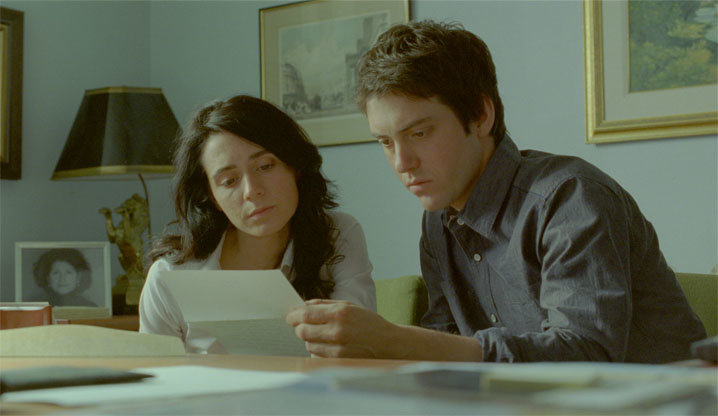 "Probing the aftermath of a brutal civil war in an unnamed Middle-Eastern country (likely based, at least partly, on Lebanon), Incendies makes the political personal," writes Andrew Schenker in Slant. "Or, rather, makes the bloody generalities inherent in any religio-ethnic conflict personal, since director Denis Villeneuve is less interested in historical specificity than in outlining the series of atrocities suffered by and tough decisions forced upon a single hapless victim/survivor. An enormously effective piece of filmmaking, Incendies unfolds as a series of eye-opening disclosures which Villeneuve plays as much for (admittedly enthralling) sensation as for any kind of wider-ranging inquiry, a questionable approach given the thorny nature of the material."

Incendies, nominated for a Foreign Language Oscar this year, has been making the rounds and, last fall, I posted a roundup of reviews from Venice, Telluride and Toronto. It screens this evening at MoMA and again on Sunday at the FSLC.