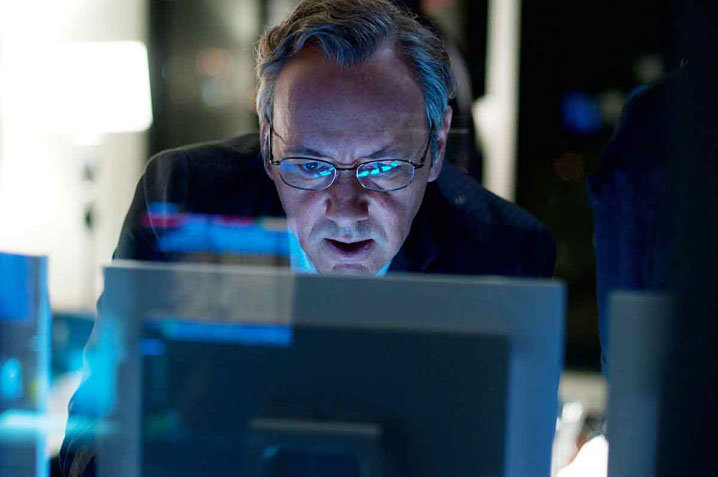 For its 40th anniversary edition, the Film Society of Lincoln Center and the Museum of Modern Art's annual New Directors/New Films festival offers up a slate rich in cinephillically anticipated programming — especially when compared with the rather limp offerings of its 39th incarnation — while continuing to showcase a geographically and aesthetically diverse range of films by neophyte auteurs." Slant introduces its special section, collecting all its ND/NF 2011 reviews.

The New York Times' AO Scott agrees that this year's program is "unusually strong, one of the best in years… The opening feature, JC Chandor's Margin Call, is a good example. Shot on just a few locations and taking place mostly over the course of a single, hectic night, it is both intimately scaled and dazzling in its sweep and implication. The subject — the global financial crisis of 2008 — could hardly be bigger, but Mr Chandor dramatizes it using a small ensemble in a confined space, the offices of a large Wall Street investment firm. The cast, including Kevin Spacey, Jeremy Irons, Demi Moore and Zachary Quinto (young Spock from the rebooted Star Trek), certainly adds luster and polish to the film, as does Frank DeMarco's silky cinematography. But what makes it such a gripping and convincing rendition of events familiar from countless books and articles is the subtlety of Mr Chandor's writing, his understated, meticulous mapping of the intersections between banal workplace politics and the movements of international capital."

"According to the film," writes Simon Abrams at the House Next Door, "investment bankers are human too, sharks that were turned into martyrs as soon as they realized just how bad thing had gotten… And yet, at this point in time, when the wounds from the recent recession have still yet to heal and the job market is still insanely tight, one has to wonder: Who cares? Why make this plea for tolerance now and, more importantly, who wants to hear it?"

"To some degree, Margin Call is working in the old school storytelling tradition that, in the wake of The Social Network, appears to be looking for a modest comeback," proposes Ed Champion. "The film isn't so much interested in the dry theoretical details, but it is concerned with the desperate emotions that force these people to scheme and capitulate. That ineluctable narrative decision may very well cause the picture to be declared naive by its naysayers. But as someone who once silently observed the young and the hubristic (while also very young, which made the whole thing very odd) while working three months at Morgan Stanley, I can tell you that Margin Call is right on the money."

For Nick Schager, writing in Slant, this "solemn, clear-sighted film accurately avoids fantasyland boardroom heroism while lucidly assessing the indomitable persistence of unchecked greed, which — be it for status, clothes, cars, houses, or whores… — is presented as not just a cancer, but also, ultimately, a self-perpetuating prison."

At indieWIRE, Kim Adelman previews the festival's "seven top-notch short films," while Eric Kohn looks back at the history of ND/NF, noting, too, that Alison Willmore rounds up some of the festival founders' favorite memories for the FSLC.

Howard Feinstein separates the wheat from the chaff for Filmmaker, while Time Out New York previews "a septet of selections that you’ll want to catch by any means necessary."

Update, 4/6: A roundup from Colin Beckett in the Brooklyn Rail: "It seems this year's lineup shakes out much like those that preceded it: there are few films to love or hate, and a slew of mediocrities — Sundance Labs boilerplate like Pariah and Circumstance, didactic liberal dramas as well-meaning as they are inept like The Destiny of Lesser Animals and Cairo 6,7,8, and charming but utterly undistinguished works like Man Without a Cell Phone. It is tempting to sneer at the bien pensant that prescribes this vision of world cinema, but next to the array of market-oriented festivals that have opened shop within ND/NF's bailiwick in the years since its founding, it is a reliable and genuinely idiosyncratic guide to the middle of the road."

Matt McCormick's Some Days Are Better Than Others.