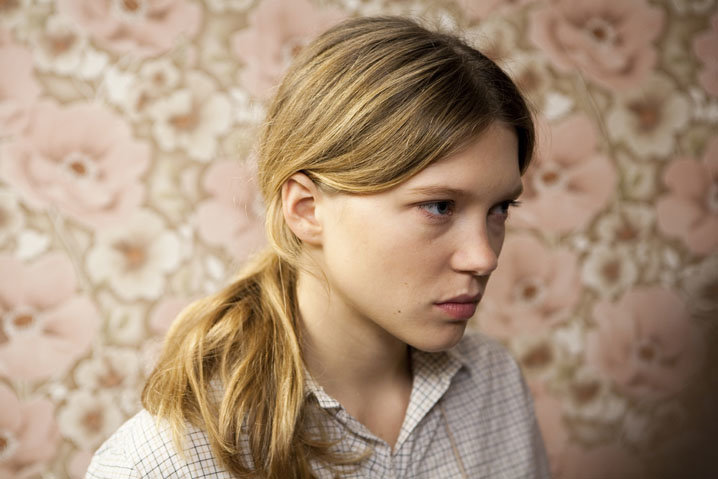 "With her mother very recently dead, her father abroad, and her older sister frequently absent, teenage Prudence (Léa Seydoux) sets out to take full advantage of the lack of authority," writes L Caldoran at Cinespect. "Yearning to escape her world of staid bourgeois Judaism, she befriends a young biker chick — 'What's with all the sheets?' her new friend asks about Prudence's household mirrors, ignorant of Jewish mourning customs — and is initiated into a seductive world of gleaming motorcycles and the vaguely-dangerous boys who ride them."

"Neither sentimentality nor nostalgia for reckless years gone by can be found in Rebecca Zlotowski's Belle Epine, which makes its tale of teenage rebellion in the face of overwhelming grief fall closer to a sobering character study than a classical youth film," writes Chris Cabin in Slant. "It never becomes perfectly clear what the motorcycles mean to Prudence, whether they are representative of the way her mother died or pose a level of danger that pierces through the steel wool that she has draped over her heart… Powered by Ms Seydoux's startlingly strong performance, Belle Epine ultimately offers a concluding cathartic moment for Prudence, but it's not a confessional scene. Even as her stone-wall façade disintegrates into a veil of tears, Prudence retains a large measure of her mystery and we remain unsure as to where exactly she will end up."

"Zlotowski doesn't fill in the blanks," writes Howard Feinstein for Filmmaker, "neither with information nor with her wonderfully unpredictable shooting style." And indieWIRE interviews her.

Belle Epine, also known as Dear Prudence, screens this evening at the FSLC and on Saturday afternoon at MoMA.

Update, 3/25: "An intensely female story, Belle Épine is comfortable with physicality," writes Anna Bak-Kvapil at Not Coming to a Theater Near You. "Beginning with the opening scene, nearly all the girls disrobe in the film, but their exposure does more than emphasize their encroaching physical maturity. It reveals the vulnerability that lies behind their defensive and sullen posturing. Zlotowski doesn’t have the leering, Pretty Baby gaze of an aging director; here, the fleeting glory of young bodies is tinged with a sense of waste and sadness."