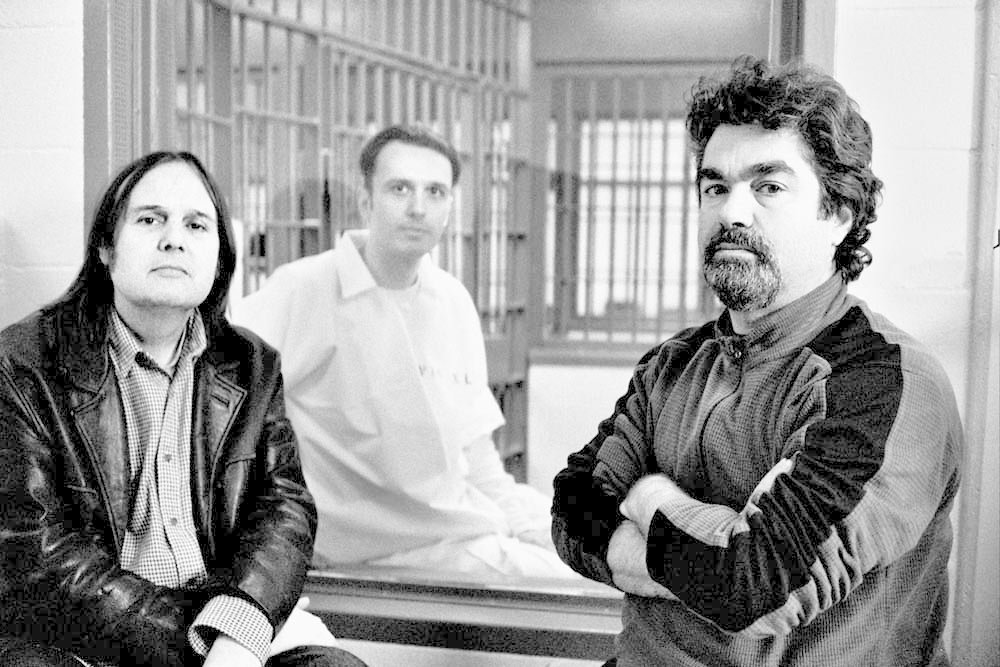 "Paradise Lost 3: Purgatory premiered in September at the Toronto International Film Festival in an unfinished form because the film's real ending arrived, unexpectedly, a few weeks earlier," begins indieWIRE's Eric Kohn. "The men known as the 'West Memphis 3,' imprisoned while teenagers for crimes they likely didn't commit, spent 18 years behind bars. In August, they entered a trio of 'Alford pleas,' relying on a little-known law that allowed them to plead guilty while maintaining their innocence. Sentenced to time served, they went free that day. That meant 36-year-old Damien Echols evaded the death penalty; Jesse Misskelley and Jason Baldwin were released from their life sentences." In the Toronto cut, "the simple news of their freedom brings the rush of a happy ending. The final version, however, takes a much angrier direction."

"If you're unfamiliar with the case," writes Drew Taylor at the Playlist, "it essentially breaks down like this: three young boys were brutally tied-up and murdered and amid wild tales of Satanism, occult rituals and other hysterical voodoo, three young loners... with an affection for heavy metal were arrested and eventually convicted for the murders. Paradise Lost: The Child Murders at Robin Hood Hills chronicled the original trial, one that presented no physical evidence that tied the three teens to the murder…. While the second film, Revelations, detoured into theories and eye-brow raising incidents that pointed at one of the fathers as the true perpetrator, Purgatory once again focuses on the convicted… Playing out like an epic American crime saga, with dozens of individuals (everyone from parents of the murdered boys to lawyers pushing for admittance of DNA evidence) jockeying for what they believe is justice, the scope of Purgatory is vast."

"At a press screening [last] week," reports indieWIRE's Brian Brooks, Joe Berlinger and Bruce Sinofsky "appeared to acknowledge what many have said since the films started rolling out in the 90s: The Paradise Lost series freed the WM3 and even saved the life of Damien Echols who had sat in Arkansas' Death Row for two decades. 'I'm amazed by the tens of thousands of people who joined this cause,' Berlinger said… 'For every Eddie Vedder, there were thousands of other regular people who joined this movement.'" Brian notes that Echols, Misskelley and Baldwin will be making their first public appearance this evening in New York at the world premiere of this final version of the film.

Back in September, Jason Guerrasio spoke with Berlinger and Sinofsky for Filmmaker.﻿

Update, 10/11: "Over their nearly twenty year journey with the West Memphis Three, Berlinger and Sinofsky have become more than storytellers; they're now a fundamental part of the story itself." IFC's Matt Singer: "Berlinger and Sinofsky's actions throughout the Paradise Lost saga may raise ethical questions about the appropriate behavior of documentarians, but those are dwarfed by the ethical questions raised about the American legal system, which is revealed in these films to be deeply damaged if not irreparably broken."﻿