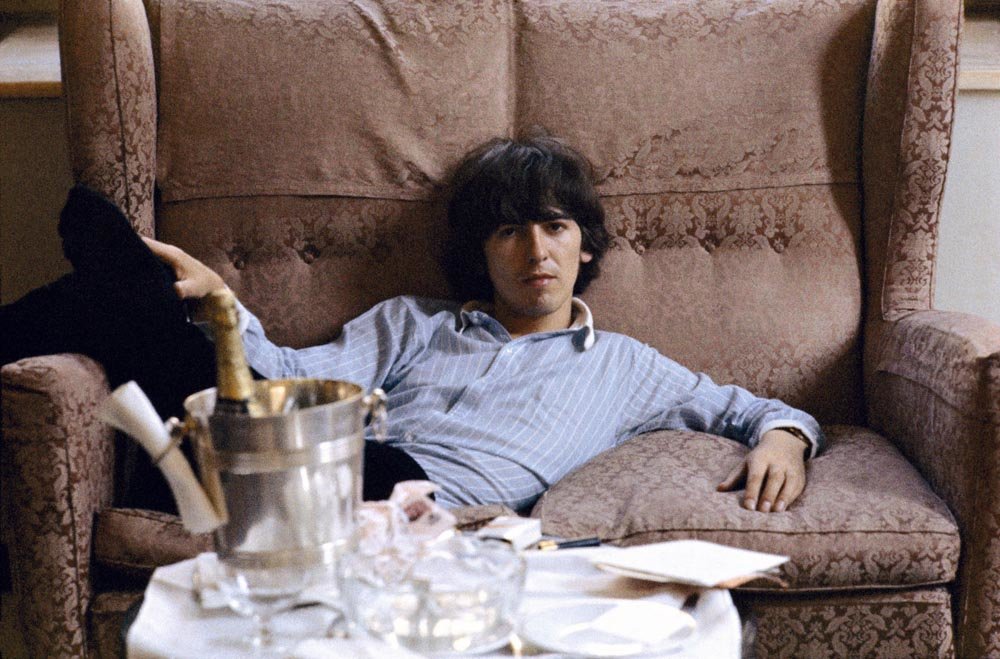 "A bloated hagiography that affords less insight the longer it goes on," begins Nick Schager in Slant, "George Harrison: Living in the Material World spends nearly four hours on the life and times of the quiet Beatle in order to let us know that he was a gentle, artistic soul interested in Eastern spirituality. As anyone even remotely familiar with the Beatles or Harrison's solo career already knows such things, it's disappointing to discover that Martin Scorsese's documentary has little else to say."

The Telegraph's Mick Brown couldn't disagree more: "Scorsese, of course, has never baulked at a thorough examination of his musical heroes, as his previous two-part film on Bob Dylan, No Direction Home, demonstrated. But it's reasonable to ask whether Harrison really merits the same treatment. I had my doubts. But this deeply absorbing journey through Harrison's sadly abbreviated life — he died in 2001 at the age of 58 — does not seem a minute too long. Rather, Scorsese's film is another wave in the tide of revisionism, which, in recent years, has seen Harrison promoted from 'junior partner' in the Beatles to being widely regarded as not only the equal of John Lennon and Paul McCartney as a songwriter and singer — and in some cases, their superior — but also the most intriguing character in the group. In his own phrase, the dark horse."

"His attempts to let go of this physical world are the true focus of Scorsese's film, but the story needed the rhythm and focus of Harrison's predominantly fast-moving musical career to avoid the sluggishness it succumbs to," finds Jonathan Pacheco at the House Next Door.

"With new interviews with key figures including Paul McCartney, Ringo Starr and George Martin, Scorsese's movie sets out to cherish and rediscover that special something in Harrison's music and his gentle, self-deprecating, otherworldly personality," writes the Guardian's Peter Bradshaw. "He pays tribute to Harrison as the inventor of the benefit gig with his 1971 Bangladesh concert, and also as a film producer and backer of HandMade Films, and the man without whom Life of Brian and Withnail and I would not exist. Scorsese asks: could it be that the Pythons provided Harrison with the human chemistry and fizz he used to get from the Beatles?… One criticism of this film would obviously be its fantastic length – and yet for any fan of the Beatles, or anyone interested in pop history, there is something of interest in every minute."

The BBC reports on the London premiere and its story is accompanied by a shot of Scorsese, Paul McCartney, Yoko Ono, Olivia Harrison and Ringo Starr. Michael Simmons talks with McCartney about Harrison for Mojo. And over the weekend, at Dangerous Minds, Marc Campbell reported that photographer Robert Whitaker, "known for the infamous Beatles' raw meat photo shoot, has died at the age of 71 of cancer." 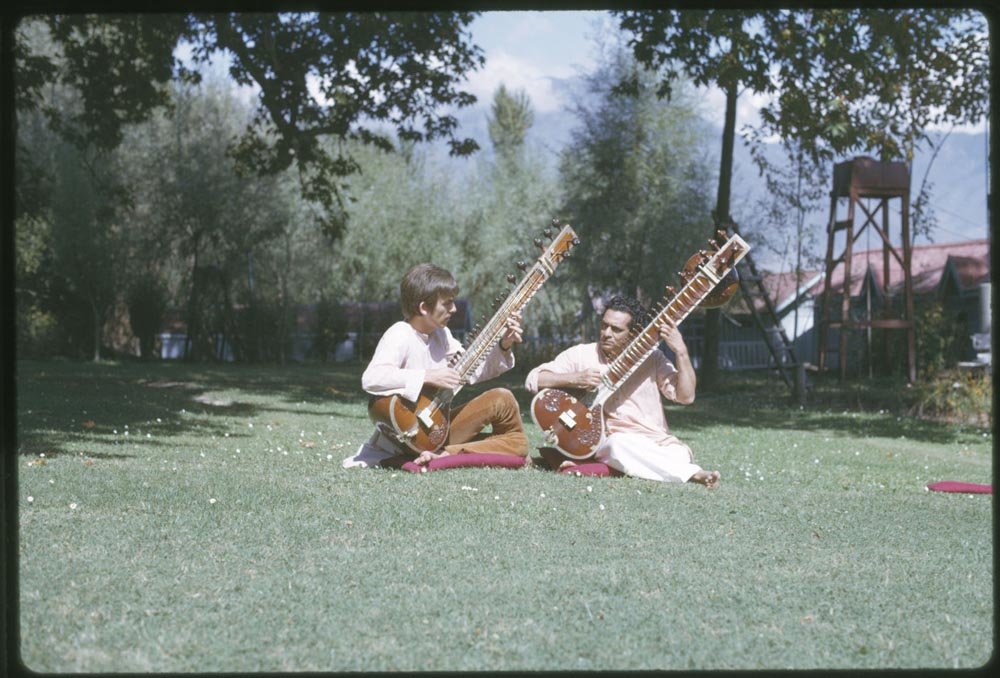 "George's Dark Horse tour was savaged, in the way that some of Scorsese's greatest films were initially greeted with bewilderment and scorn," writes Paul Theroux in the Daily Beast. "Scorsese agreed, saying, 'In my own work I was in those areas not once but many times — coming up against a brick wall. I thought Raging Bull was the last picture I was ever going to make. A number of times I was that way, flattened out, and coming back. As George's story developed there was no way I couldn't relate to it in my own life.'"

The Playlist, which has posted what seems to be a collective review (final grade: B), has extensive notes from the NYFF press conference.

Living in the Material World airs on HBO in two parts on Wednesday and Thursday.﻿

Updates, 10/5: "Our leading schlockumentarian is Martin Scorsese," argues Bill Wyman in Slate. No Direction Home, for example, "Scorsese's celebrated four-hour documentary on Bob Dylan, was engrossing, but it was also based on interviews that the Dylan camp had already made and gave the director to build a film around. The film unaccountably received a Peabody for a practice that would be unacceptable in most journalistic outlets. When films or film screener discs are given out to journalists, the industry often includes things called electronic press kits, or EPKs, which feature pre-filmed canned interviews with the stars. No Direction Home is basically a high-end EPK." As for Living in the Material World, "I can imagine someone who knew nothing of the Beatles watching the first part and saying, 'I don't really get that George guy, but who was that John character? Someone should make a four-hour documentary about him.'"﻿

"All four ex-Beatles made their musical mark in the 70s (even Ringo, with 'Photograph'), but no one's oeuvre surprised as much as Harrison's." Time's Richard Corliss walks us through the biography.﻿

Update, 10/6: "It's a problematic, at times off-putting, but ultimately fascinating work, moving through George's life with its own mysterious internal logic," writes Matt Zoller Seitz in Salon. "The film's choices of what to emphasize, minimize and ignore will surely frustrate some Beatles fans" and the "editing rhythms are distinctive, bordering on peculiar, especially its treatment of George's music…. My viewing notes on Living in the Material World are filled with such phrases as, 'Why would they do this?' and 'Odd choice' and 'Doesn't work — or does it?” But such reactions are appropriate for the subject. George was an experimenter whose whole adult life was defined by a willingness to try new things without worrying whether they were going to pay off in the long run; indeed, phrases like 'Pay off in the long run' seem entirely inappropriate to a discussion of George as a musician and a person."﻿