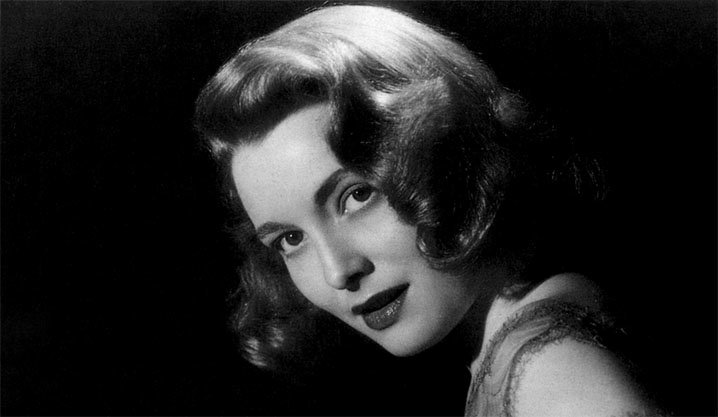 "Actress Patricia Neal, who rebuilt a troubled career to win an Academy Award only to face a more desperate battle for survival when three strokes left her paralyzed and unable to speak or remember, has died," reports Jack Jones in the Los Angeles Times. "A succession of tragedies marked the life of the actress whose bright promise on Broadway in the mid-1940s took her to Hollywood and into a succession of lackluster films, as well as a desperate love affair with actor Gary Cooper and marriage to British writer Roald Dahl."

She "was already an award-winning Broadway actor when she won her Oscar for her role in Hud as a housekeeper to the Texan father (Melvyn Douglas) locking horns with his selfish, amoral son (Paul Newman)." The AP: "Less than two years later, in 1965, she suffered a series of strokes. She was only 39. Her struggle to be able to walk and talk again were well documented — especially in a 1991 biopic starring Glenda Jackson — and she returned to the screen to earn another Oscar nomination and three Emmy nominations."

When she was first signed to Warner Brothers, she "had talent, a husky, unforgettable voice and an arresting presence but no training in acting in front of a camera," writes Aljean Harmetz in the New York Times. "Yet Ms Neal had already been assigned the role that Barbara Stanwyck and other top actresses coveted — the leonine Dominique in the film adaptation of Ayn Rand's best-selling novel The Fountainhead (1949). As Dominique was swept away by the uncompromising, godlike architect Howard Roark, the 23-year-old actress fell passionately in love with the 48-year-old movie star who played Roark, Gary Cooper. Their affair burned brightly for three years but ended when Mr Cooper chose not to leave his wife and daughter." Several rough years would follow, but: "In 1957, Ms Neal triumphantly returned to the screen in Elia Kazan's A Face in the Crowd. Demonstrating an authority, a range and a subtlety that she had lacked before, she won acclaim for her portrayal of a radio reporter who builds the career of a folksy guitarist (played by Andy Griffith)."

Slant's Ed Gonzalez in 2003 on Hud: "There's very little to recommend here (the insights are as profound as 'no one gets out of life alive') besides James Wong Howe's glorious black-and-white cinematography and Newman's smarmy performance — his legs are perpetually open and even a department store's mannequin isn't safe from his lascivious gaze. The best single moment, though, is owned by Neal's heavenly Alma. Waking Brandon de Wilde's young lamb from his innocent slumber, she asks: 'Are you sleeping in the raw again?'"

The Telegraph reports that the "statement from the family said that the night before her death, Neal told them, 'I've had a lovely time.'"

Viewing. Catherine Shoard collects a series of clips for the Guardian.

Updates: "In her films, as well as in her life, Patricia Neal always seemed to be giving more than she got," writes the Self-Styled Siren. "Her misfortunes, her philanthropy and her courage became perhaps even more famous than her work, and tinge the perception of something like The Subject Was Roses, her first major role after the strokes and a beautiful performance. But simple nobility is almost never enough on screen. Neal always showed you the struggle, how damn hard everything was — but in a way that told you pity would be an insult to such a woman." 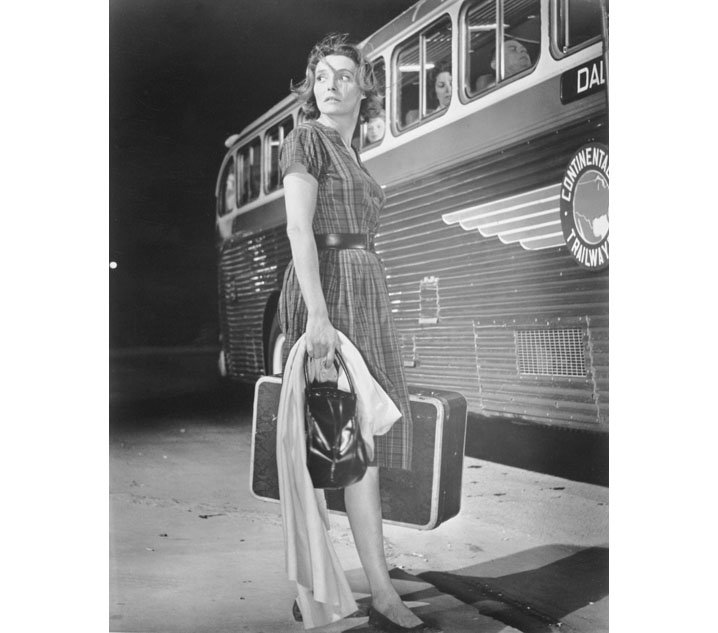 Just a few days ago, the Telegraph ran its third extract from Donald Sturrock's forthcoming biography, Storyteller: The Life of Roald Dahl. This section takes us from 1960, when their son, Theo, just four months old, was struck by a taxi, a hideous accident that would cause lasting damage; to the following year, when their daughter Olivia, then seven, contracted measles and died (the passage includes Dahl's own chilling recollection of her last day); to 1965 and Neal's first stroke; to March 1967: "'An Evening with Patricia Neal' was a fund-raiser for brain-injured children held at the Waldorf-Astoria. Its starry guest list included Leonard Bernstein, Joan Crawford, Yul Brynner, Rock Hudson, Paul Newman, Alistair Cooke, Mel Brooks and Anne Bancroft, and it was Pat's first public appearance since the stroke. Her speech won her a standing ovation. The adulation stimulated her desire to recover and she began to believe she might pull off the movie comeback. That night she saluted her husband for what he had done to force her back into the limelight. Later, she would articulate her gratitude more eloquently: 'I knew at that moment that Roald the slave driver, Roald the b-----d, with his relentless courage, Roald the Rotten, as I had called him more than once, had thrown me back into the deep water. Where I belonged.'"

The Guardian's Ronald Bergan recalls what may be "the most famous line spoken on screen" by Neal, "'Klaatu barada nikto!' in Robert Wise's The Day the Earth Stood Still (1951). These incomprehensible words, uttered to a robot which carries her into a spaceship, save the world from destruction."

"Our paths crossed only twice," blogs Joe Leydon, "most recently at the 2008 Nashville Film Festival, where Neal — who grew up in Knoxville, Tennessee — was given the festival's inaugural Lifetime Achievement Award. It was my privilege and honor to conduct an on-stage Q&A with her after she received the award from no less a notable than Lyle Lovett, her co-star in Robert Altman's Cookie's Fortune (1999), and I found myself just as starstruck as her many fans... Neal was every bit as candid 25 years earlier when, while in H-Town to address The Women's Institute, she agreed to a tête-à-tête in the Memorial City area home of her hosts. At the time, she was still processing the bad news of her then-impending divorce from Dahl... She was too polite to refuse an interview, but too honest to disguise her feelings while we spoke."

"Wised-up yet soulful, her best characters added a paradoxical melancholy sparkle to women whose yearning and resolve made 1950s a early 60s cinema a little more compelling," writes the Chicago Tribune's Michael Phillips.

Updates, 8/10: "Everything about her says 'sharp,'" blogs the New Yorker's Richard Brody, "from the blade-like face to the buzzsaw-like voice to the piercing gaze; she was ideally cast as Ayn Rand's stand-in in The Fountainhead, and, in Breakfast at Tiffany's, she brings an authentically brazen and menacing glint to the role of a sexually voracious and controlling patroness. She's one of the Hollywood performers who brings a remarkable spontaneity and personal presence to the screen; the force of her character doesn't merely enliven her roles but breaks through them."

"Patricia Neal was the American Jeanne Moreau," argues the Boston Globe's Mark Feeney. "Both women combined toughness and femininity, ardor and restraint, knowingness and indomitability (in Neal's case, even more in life than on the screen).... What was most striking about Neal was an ability to be at once victim and wisest person on the screen — which is another way of saying the most richly human."

Updates, 8/11: "Ah, that voice," sighs Time's Richard Corliss, "a sultry blend of honey and vinegar, so sonorous that a man couldn't help taking notice of its lure and challenge, and so deep it made [Tallulah] Bankhead, by comparison, seem as if she had swallowed helium before speaking." Then, on The Fountainhead: "Director King Vidor certifies Roark's massive maleness with more phallic imagery (the erection of tall buildings, the drive of a rotary hammer drill) than might be found in a gay porn festival, and with chiaroscuro lighting that underlines the eroticism in every glance and gesture. Coutured and made up to seem a younger, taller, lither Davis, Neal reads her early lines with a castrating wit, accompanied by the flinging of an eyebrow for emphasis. Even when lounging in a chaise, she has the animal attentiveness of a cougar stalking her prey."

Sheila O'Malley has quite the remembrance at her place, weaving together several passages from Neal's autobiography, As I Am. Neal remembers, for example, opening up to Newman on the set of Hud — at length — and then: "Paul finally looked at me. For a long moment, he just stared through me with those blue eyes. Then he got up and said quietly, 'Tough,' and walked away.... I began to realize that although I had poured out my heart to Paul Newman, it was Hud Bannon who had responded." Sheila O'Malley: "That takes a hell of an actress to make that realization: that Newman may have been closed to her, but the character was not. The magic of acting. Not always easy. She could have let that moment make her petty and resentful, which would have affected the character. She didn't. She incorporated it. Neal and Newman remained friends to the end."