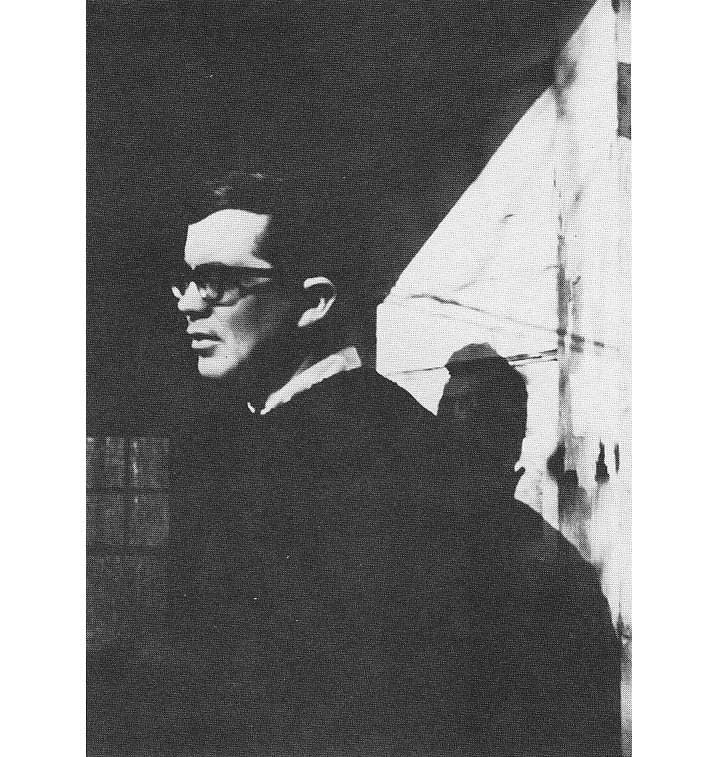 Experimental animator Robert Breer, once referred to by the Harvard Film Archive as the "Kinetic Poet of the Avant-Garde," passed away on Friday. Pip Chodorov broke the news via the Frameworks list, calling him "a good friend, a very funny man, and a great artist."

Breer's father, an automobile designer, rigged a Bolex so that he could shoot home movies in 3D. In the early 50s, Breer lived in Paris, where he made large abstract paintings, and in the 60s, he made "float" sculptures that wander the gallery. An exhibition of several of these paintings and sculptures is currently on view at BALTIC's Level 4 Gallery in Gateshead through September 25.

Yoel Meranda, who, a few years ago, worked at the Film-makers' Cooperative in New York, which Breer co-founded in the 70s, has a moving remembrance. Here's how it begins: "When I first saw on Fred Camper's Senses of Cinema top tens list a movie called Swiss Army Knife with Rats and Pigeons by a guy I had never heard of, I thought Fred must be kidding... He was just trying to be eccentric, or something... A few years later, Fred projected five or six films of Breer's to me in Chicago. My first reaction was 'IMPOSSIBLE!'. These films were not humanly probable... I remember being unarmed by 69, and then lost watching 70."

On the occasion of a retrospective in Chicago, Fred Camper wrote in the Reader that "Breer builds sequences out of tiny bits of intercut imagery — mostly only a few frames long, some abstract and some representational — to produce a flicker that both reflects the rhythm of film projection and keeps the viewer on edge. At the very moment you think you understand the organizing principles of a sequence, Breer will introduce a live-action shot of, say, a toy telephone prancing across the floor on little plastic feet…. Breer's short films are surprisingly varied in feeling and tempo, moving from energized, almost electric movement to brief meditative silences, from intimations of sadness to humor — a humor that allows Breer to confront doubt and loss without ever becoming portentous."

"Like many of his generation, Breer's early work was influenced by the various European modern art movements of the early 20th century, ranging from the abstract forms of the Russian Constructivists and the structuralist formulas of the Bauhaus, to the nonsensible universe of the Dadaists." Jackie Leger for the Animation World Network: "Through his association with the Denise René Gallery, which specialized in geometric art, he saw the abstract films of such pioneers as Hans Richter, Viking Eggeling, Walter Ruttmann and Fernand Léger. Breer acknowledges his respect for this purist, 'cubist' cinema, which uses geometric shapes moving in time and space. In 1955, he helped organize and exhibited in a show in Paris entitled Le Mouvement (The Movement), which paved the way for new cinema aesthetics."

At Bad Lit, Mike Everleth notes that Breer taught animation at Cooper Union in New York for several years; that 13 of his films were included in the Anthology Archives Essential Cinema Repertory Collection in the mid-70s; and that the American Film Institute presented Breer its Maya Deren Award in 1987. Mike also embeds video from a Q&A session conducted with Breer at a Los Angeles Filmforum retrospective held in 2008.

Update, 8/20: "A canny tinkerer, Breer took many tricks of the cartoon trade — cycling, rotoscoping, limited animation — and turned them to his own pictorial ends," blogs the Voice's J Hoberman. "In a sense, he was an anti-animator, initially less concerned with smoothly continuous motion than with the rapid-fire succession of images that made such an illusion possible. For all their graphic economy, his works set up and demolished a dozen spacial readings per film…. He was not just a terrific artist but a notably affable one; his good spirits and unpretentious dry humor belied the myth of artistic angst, even as he created an oeuvre that will endure as long as there are motion pictures."﻿