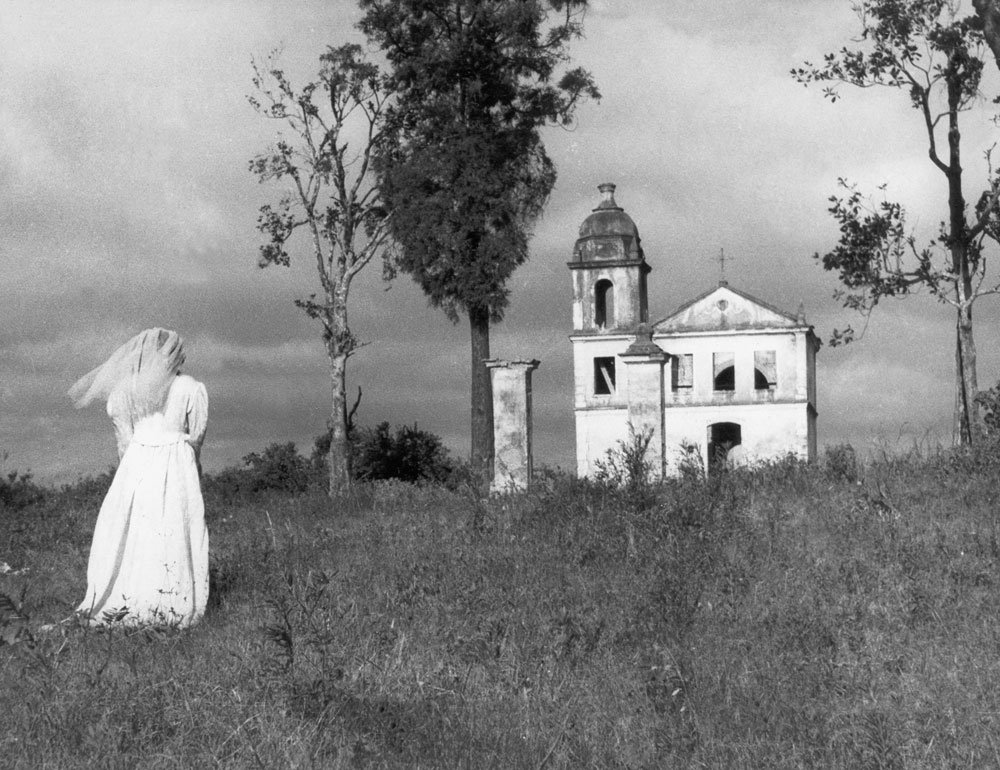 Above: Ozualdo Ribeiro Candeias’ A margem (The Margin, 1967).

"I will never transmit sanitised ideas, eloquent discourses or plastic images before the garbage (…) Crushed and exploited, the colonized can only invent their own form of suffocation: the scream of protest comes from an abortive ‘mise en scene’ (…) I’ll continue to make an underdeveloped cinema by condition and vocation, barbarian and ours, anticulturalist (…)" —Rogério ﻿ Sganzerla, The Aesthetics of Garbage

Not even garbage escapes retrospective respectability; what was once reviled by snobby film buffs has now become their new gospel. Subcultural capital (that which is “hip” and “illicit”) is usually outsourced from our business enemies (China, Iran, etc.) or from forgotten episodes of film history. One wonders what will the subject of a retrospective be in 30 or 40 years when the whole globe will have been converted to consumer fundamentalism. Now that our visual economy is funded on total exposure and immediate consumption, where are the cultural rejects to be showcased in future retrospectives?

The difference though between retro-maniacal nostalgia and the Mouth of Garbage programme at this year's IFFR is crucial. The former clogs our cultural landscape with encyclopedic accumulation while the latter challenged our assumptions on the geometrics of cinema. Audiences at Rotterdam were exposed to the centrality of margins in relation to creativity. Taking off the lid from the dustbin of cinema history raised important questions around issues of cinematic taste and waste, denouncing the inadequacy of classifications and the moral bias of film preservation.

(De)generating from the working class district hiding behind São Paulo﻿’s railways, Boca do Lixo, the “Mouth of Garbage” devoured and regurgitated cinema with anthropophagic fervour. Antithetical to Cinema Novo in its intentions, the cinema do lixo surpasses it in its conclusion: from the militant purism of elitist films to popular experimentalism. From the “aesthetics of hunger” to the “aesthetics of garbage,” the problem being wasted overabundance as opposed to scarcity. Not a romanticized Third World of exploited innocence, more a mass-mediated junkyard of outlandish debris that is the Brazil coming out the Mouth of Garbage. Cinema marginal was not a subgenre, more an unwelcome buoyancy defying both the state and its “official” opponents. The Mouth of Garbage vomited a most rare hybrid: a popular cinema, commercially successful, able and willing to experiment with forms, moral codes and conventions. In other words: a successful avant-garde insofar as it was understood and followed by the retro-guard (popular taste). It is hard to clearly define such an uneven phenomenon with its unruly aesthetics and hysterical narratives. There definitely are recurrent themes such as eroticism (leading to pornography), marginal characters, lack of moralising and a passionate disenchantment as well as shared productive restrictions (often turned into assets).

These deserters of world cinema turned down the offers of Cine-Orientalism whereby they could have made the “right” films for the “right” (European) audiences, opting instead for the “wrong” films destined to the “wrong” (local) audiences.

An underdeveloped overproduction, a marginal social reputation wherefore garbage is simultaneously a poetic subject and artistic object; the lixo is a place where rejects acquire heroic status. Transgression is not an artistic provocation but a daily practice that seeps into cinema, cultural anthropophagy in the age of mass-mediated colonialism. Neither subjective nor objective, cinema marginal caught everyone off guard with its multi-subjectivity; that is why Ozualdo Ribeiro Candeias’ A margem (The Margin, 1967) can be considered its poetic debut. Against the orthodox ethics of Cinema Novo, A margem captures outcasts beyond revolutionary redemption unhinging the binary dialectics of “us” vs. “them.” In the film every shot is the look of each character, rather than supervising it from above the director grant the story a multiplicity of gazes. São Paulo﻿’s river is afoot with toxic waste and devoid of promises; the present not a brighter future awaits our anti-heroes on the edge of the city. 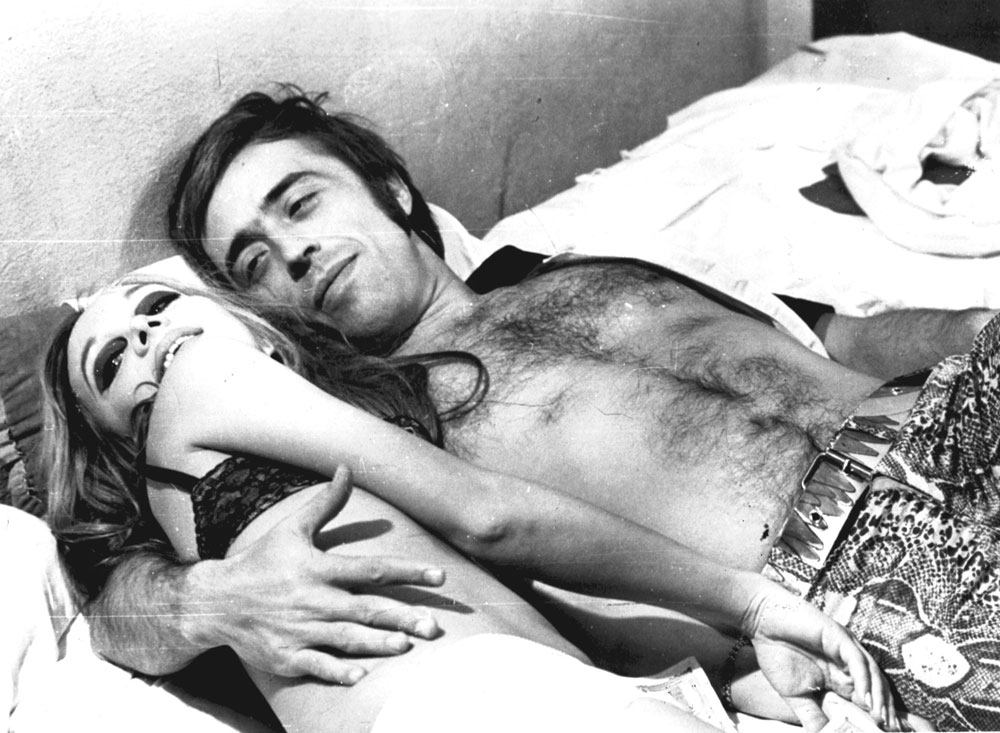 Even more radical in its refusal of moralistic pedagogies is O bandido da luz lermelha (The Red Light Bandit, 1967) by the 21 years old Rogério  Sganzerla, an insubordinate debut of a far-out genius. In a Brazilian metropolis a bandit/rapist is mythologized by the media, his political incorrectness is simultaneously subjected to scandal and admiration. He is the crude child of injustice, an indigestible figure for a literate audience looking for exotic dreams of revolution yet palatable to those accustomed to the unkindness of life. A criminal hunted down by the criminal order that bred him, a hysterical loose cannon immune to good and beyond evil; an aphrodisiacal danger. If on the one side Sganzerla’s film is clearly influenced by the European new waves, on the other side it is utterly devoid of alienating intellectualisms, literary conceits and calculated provocations. The Red Light Bandit evinces the multiple signs of an aboriginal force, it pulses out a savage sensibility, it is unwilled willingness to create and its vision(s) cannot be contained, only experienced. Irreverent yet thoughtful, refined popular cinema—Unidentified Cinematic Object—irrational declaration of disengagement: only aliens can save the Third World! Violence as the ultimate therapy against cultural academicism, swindle as an action of urban sabotage aiming at the heart of aesthetic dogmatism. The worst multiplied by the best equals this film; unthinkable today when the hardest challenge faced by young film practitioners is that of choosing the right ass to kiss…

The Aesthetics of Garbage, Part 2 can be found here.

Celluloid Liberation Front is a multi-use(r) name, an "open reputation" informally adopted and shared by a desiring multitude of insurgent cinephiles, transmedial terrorists, aesthetic dynamyters and random deviants. For reasons that remain unknown, the name was borrowed from a collective of anti-imperialist blind filmmakers from the Cayman Islands whose films have rarely been unseen. @CLF_Project﻿