The Aesthetics of Garbage, Part 1 can be found here. 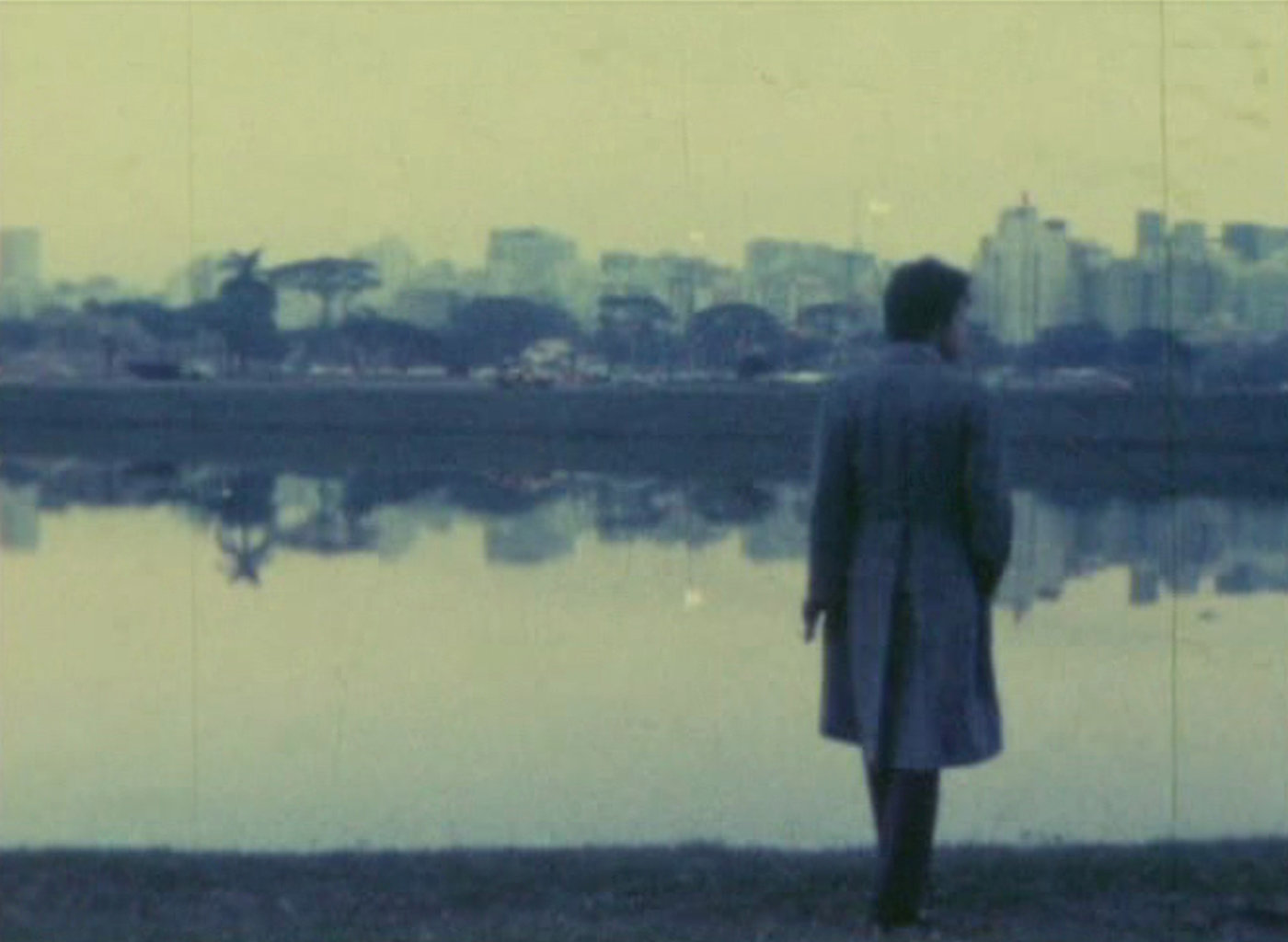 One of the quintessential traits of Cinema Novo was the firm rejection of anything Hollywood; films like The Red Light Bandit and O pornógrafo (The Ponographer, 1970) by João Callegaro﻿ on the contrary, eagerly cannibalized popular American culture. Cultural appropriation is manifest throughout Callegaro's film, which openly references noir flicks whose aesthetic codes and conventions are borrowed and subverted by the director. While retaining an unmistakable Brazilian flavour these films openly boast their spoofy hybridism, combining high and low culture at a time when the term post-modernism had yet to be coined. True inheritors of Oswald De Andrade’s Anthropophagic Manifesto, these were metropolitan indians suffocated by the orthodox traditionalism of the left on one side and by an increasingly oppressive regime on the other.

Trapped, the "illegitimate" children of Brazilian cinema could only desert the repressive clichés of an official culture that did not represent them, so too do the characters of Orgia (ou: O homem que deu cria)﻿ (Orgy [Or: The Man Who Gave Birth], 1970) by João Silvério Trevisan﻿. Practically receiving its world premiere at this year's IFFR—the film was immediately banned and never got officially distributed—Orgia is a funereal jubilation of carnivalesque anarchy, the brightest discovery of this retrospective. A hysterical tirade against the benevolent commonplaces of Brazilian culture (the romantic cangaceiro, the native Tupi, etc.), the film features a series of colourful outcasts trying to evacuate their place in history to give birth to an ab-original form of creative expression. The exasperated mixture of euphoria and claustrophobic abandonment, extroverted revelation and bleak disenchantment perfectly capture a generation whose aspirations were being crushed. What begins as an escape from the countryside turns into a collective mutiny against a suffocating environment whose upshot, nevertheless, comes to life in a desolated cemetery on the outskirt of the big empty city.

Visionary splinter beyond good and evil (albeit with a penchant for the latter), José Mojica Marins (aka Zé do Caixão/Coffin Joe) explored the amoral pits of garbage with a remarkable lack of ethical restraints. In O despertar da bestia (Awakening of the Beast, 1970) the dark initiator do lixo lent his cinema to a meta-critical parody of counterculture and its specimen showing what an important role self-mockery played in the Mouth of Garbage. On a similar note are the two films by Jairo Ferreira, the film critic of São Paulo﻿’s brushwood who recognised and advocated the inventive spirit of its films.  O vampiro da cinemateca and O insigne ficante (The Vampire of the Cinematheque, 1976; The Inisg Nificant, 1980) are a sort of super-8 notebooks collecting images, impressions, odours and colours of a most singular film community. True to the spirit of the films Ferreira loved, these two films mix fictions, facts and lunacies, dropping by bar conversations and absurd accidents to offer an almost tactile feel of that place and those days.

As the regime grew more oppressive throughout the 70s some left the country (Sganzerla, Trevisan, Bressane, but also Rocha); those who stayed had to adopt subtler ruses in order to avoid censorship. Sex turned out to be the seditious Trojan horse with which to smuggle creativity into the fortress of visual Puritanism. Notably the films of Carlos Reichenbach, the only lixo filmmaker still active, such as Lilian M.: Relatório confidencial﻿ (Lilian M: Confidential Report, 1975) and O império do desejo﻿ (Sensual Anarchy, 1981) illustrate the tactics of cultural camouflage adopted. In Reichenbach﻿ as well as in the Joaquim Pedro de Andrade of Vereda tropical (Tropical Path, 1978) sexual content is used as a teasing nuisance addressing the censors’ bigotry but also as a tool of political critique. After all, the most universal of all desires remains a powerful metaphor of all things human, as O convite ao prazer (Invitation to Pleasure, 1980) by Walter Hugo Khouri and A opção (The Option, 1981) by Candeias also explicitly show. 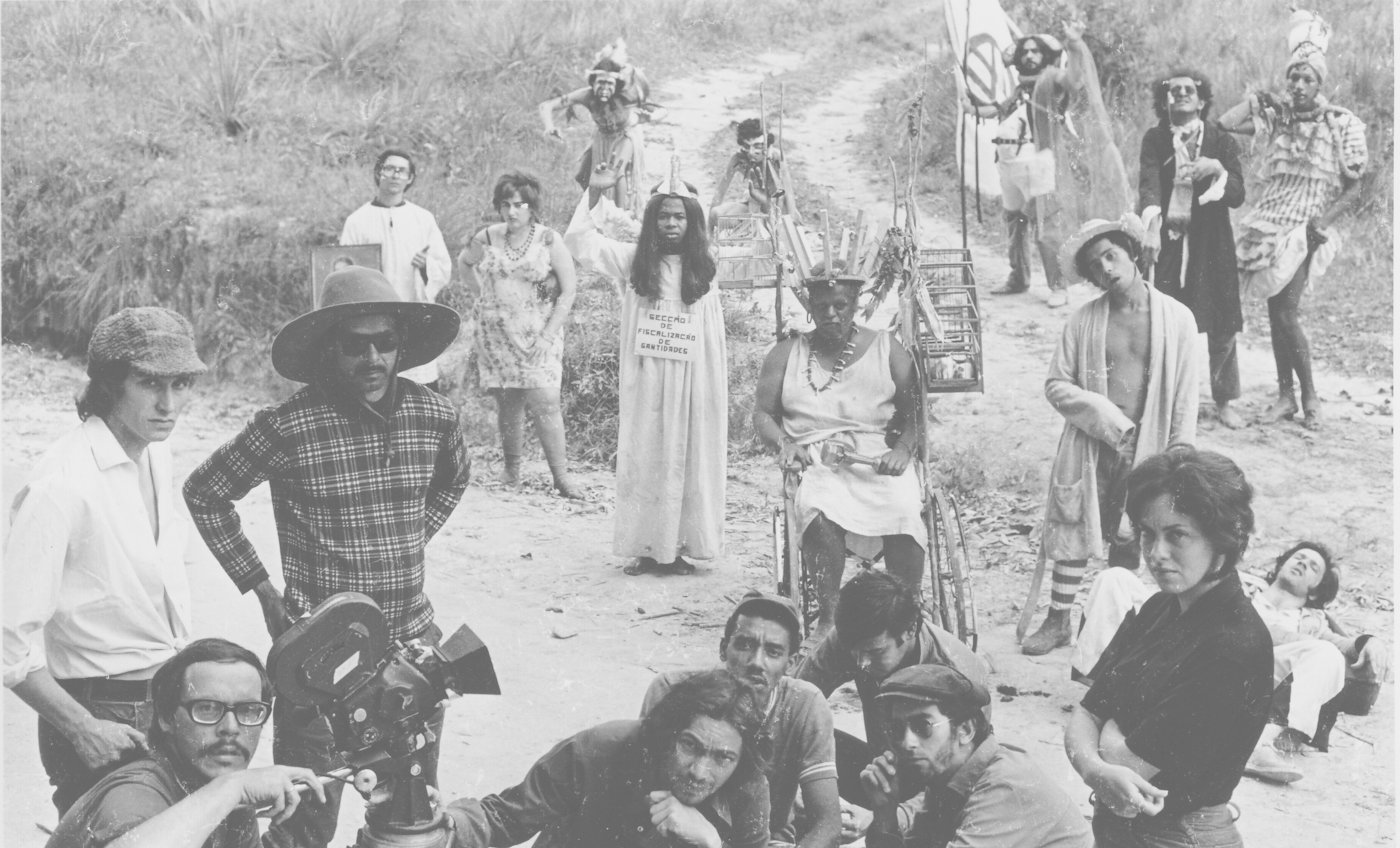 The end of the 70s witnessed a relative loosening of the dictatorial clamp with exiled directors returning home and pornographic content finding its way to Brazilian screens. Once again the Mouth of Garbage flaunted its irreverent trademark even when dealing with the straightforward structures of "naked realism." After almost twenty years from its poetic inception, the cinema do lixo gave birth to one of its noblest creatures, Fuk Fuk à Brasileira﻿ (Fuk Fuk Brazilian Style, 1986) by Jean Garret. It is a cracking porno-chanchada graced by a galvanizing rhythm and hilarity almost unconceivable for the ineluctable and reiterative anatomy of a porn movie. Garret’s film subverts every possible convention and taboo, from anatomical size to class, from race to sexual orientation without ever leaving the spectator the time to get bored. Uproarious vignettes, Brechtian disruptions and a general sense of surreal insubordination make Fuk Fuk a very enjoyable ride indeed, made the more memorable for its mocking homage to Bertolucci’s bourgeois prurience. Margarine as opposed to butter, the viscosity of the Third World vs. the smooth hypocrisy of the First, the impudent answer to the haughty dilemmas of art cinema comes full circle in this little pornographic gem.

Unfortunately milestones of aesthetic garbage such as Andrea Tonacci’s Bang, Bang (1971) or José Agrippino de Paula’s Hitler no terceiro mundo (1968) did not make it to the retrospective. Never mind—to expect an exhaustive and neatly packaged revision of this impious chapter of Brazilian cinema would somehow be disrespectful towards its spurious and "indecent" vocation.

Celluloid Liberation Front is a multi-use(r) name, an "open reputation" informally adopted and shared by a desiring multitude of insurgent cinephiles, transmedial terrorists, aesthetic dynamyters and random deviants. For reasons that remain unknown, the name was borrowed from a collective of anti-imperialist blind filmmakers from the Cayman Islands whose films have rarely been unseen. @CLF_Project﻿.