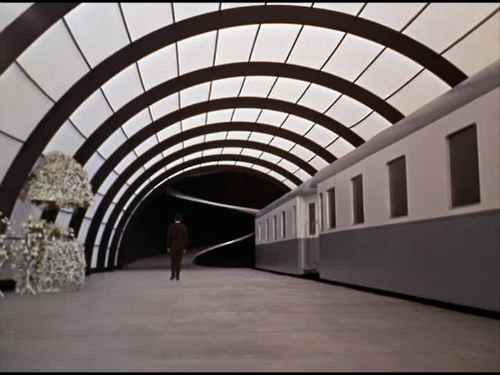 There are multiple Fausts. Ever-multiplying, in fact, as if to outbreed all other fictional characters. The good doctor is unusual: Marlowe and Goethe's plays are both classics, and then there's Mann's novel; at least fifteen operas... In movies, Murnau rules supreme, but I like William Dieterle's The Devil and Daniel Webster just as much. René﻿ Clair's La beauté du diable﻿ is one of his best films, with Michel Simon and Gé﻿rard Philipe trading places as tempter and tempted, both utterly charming in their quite distinct ways. Sokurov just made another, well liked here at the Notebook. But for sheer visual rapture, Claude Autant-Lara's 1955 version Marguerite de la nuit﻿ takes the Technicolor cake and runs cackling all the way to perdition. 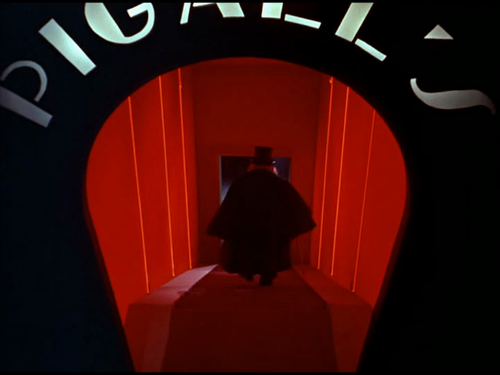 Based on a novel by author/songwriter Pierre Mac Orlan, who also provided source books for Le quai des brumes﻿ for Carné﻿ and La bandera for Duvivier, Autant-Lara's movie updates the legend to the twentie﻿s and relocates it to Paris—but not just any Paris! This is a studio confection of simplified clean lines, as if everything had been cleared away and rebuilt by Le Corbusier. Even the Paris Opera House gets a modern makeover.

To the Faust legend the director adds screen legends Yves Montand and Michèle Morgan﻿. Montand plays Mephistopheles as a suave gangster, George Raft with a steely touch of theatrical camp: he also lights a cigarette with a flame produced by his thumb, a trick hitherto only attempted by Mr Laurel & Mr Hardy. (After all, "Satan" is just "Stan" with one extra letter.) As in Bedazzled (1967), the Devil finds his natural home in the twentieth century running a night club. 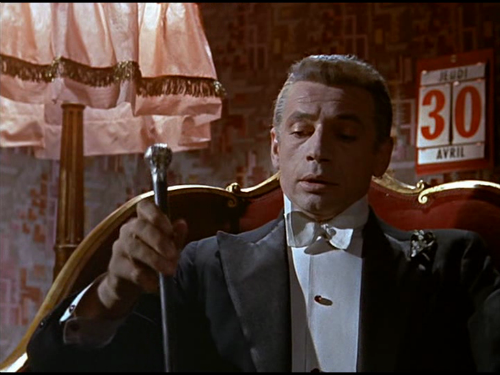 ﻿Morgan is icy and glamorous, and Palau﻿ (one of those single-named French theatricals) makes a crusty cartoon of the aged Faust, morphing offscreen into dapper young Jean-François Calvé﻿, visibly relieved at not having Brigitte Bardot to compete with for the audience's attention.

All of which is diverting, and the jokes about modernisation are drôle﻿: Mephisto needs not fear the sign of the cross anymore, thanks to the advances of science. Now, like Hitchcock, he's only afraid of the police. But the real reason to watch is the consistently amazing and gorgeous sets of Max Douy, whose career takes in The Rules of the Game and Les dames du Bois de Boulogne﻿. It's a Tintin Tativille constructed from great slabs of day-glo color, every building simplified to its Platonic ideal. 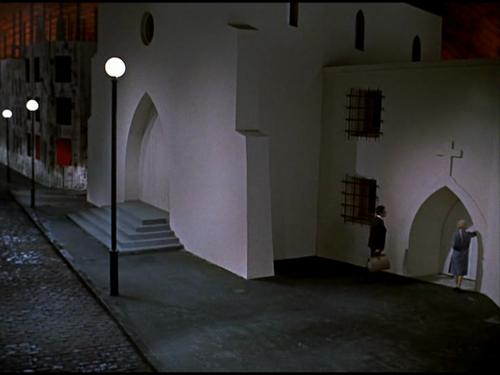 The visuals seem like the predominant interest, as Autant-Lara's direction is a little sclerotic. One can imagine this film made ten years earlier with more realistic sets and Louis Jouvet in the Montand role, and it would have just worked. Here, there's a self-consciousness about the artifice that slightly hampers the drama—until the unexpectedly moving finale makes the stiltedness look like studied restraint, the gaudy settings just a mask to hide the film's darkly romantic purpose. 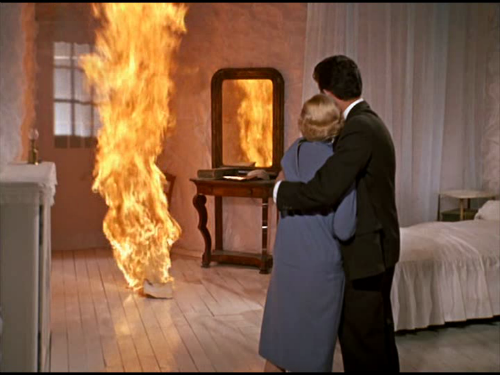