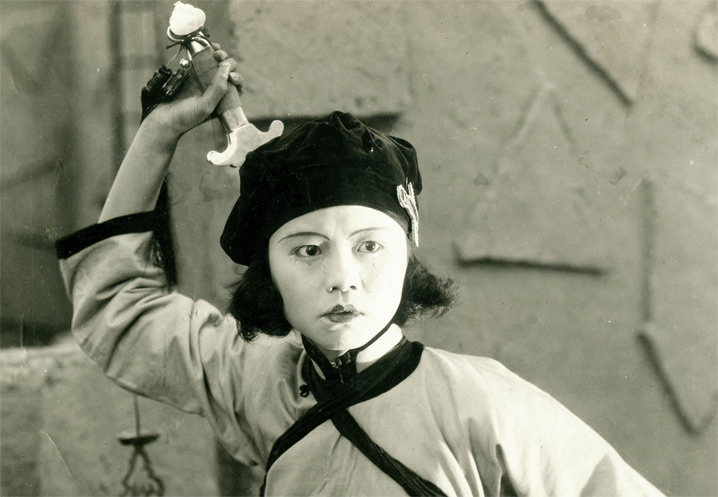 Did you already see The Old Donkey (Lao lutou, 2010; Li Riujun)?, folks asked us day in, day out all through Rotterdam, and for most of the festival, the answer was a grumpy, No., thinking, Can't be as good as 13 kleine Esel und der Sonnenhof (1958, d.:Hans Deppe)—production title: 13 alte Esel—and that's already not really good. It wasn't, as we finally found out: Whenever the quietly cheerful donkey was out of the picture and we were forced to deal with the film as such, boredom ruled—another one of dem PRChinese Indies straight from the arthouse-for-Do-Gooders assembly line.

A donkey was also the unannounced star of Huangjiang nüxia (The Swordswoman of Huangjiang, 1930; Chen Kengran), although we're not too supportive about the way he's treated: The eponymous heroine uses it as her means of transport. Harrumph. Yet, in this case we're willing to make an exception, as the swordswoman obviously loves her donkey: When it's ass-napped to blackmail his owner, she immediately starts looking for him, hell-bent on meeting every danger head-on so as to safe him, but... that's of no interest here. Important is: the value put on the donkey in this work of C-flick art; so far so unexpectedly bliss- and mirthful. If!—and now we get to the real ass-abuse—IF!! only we could have properly worshiped the donkey in this cute example of early AV-Martial Arts! Hélas, what got shown was but a video which looked as if it was a beta copied from a worn-out VHS struck from a Super-8-telecine of a scratchy 16mm reduction copy...Read: We saw damn little—the donkey could just as well have been a demure jack-ass, a nimble horse, an albino zebra, or a monumental coyote. To our utter dismay, we very, very often saw very, very, very little in Rotterdam, as so much in the retrospectives was shown from videos of occasionally unspeakable quality. The Ferroni Brigade was not happy.

In general, the Brigade's lot was a tough one this year as the two members present followed separate paths for most of the festival. TO1..., comrade Huber had masochistically agreed to serve on the FIPRESCI jury; TO1..., comrade Möller pondered this most distressing situation and came to the conclusion that I'm in the middle of my Oberhausen selection duties and facing the Berlinale-punishment-park, so I'll avoid everything below 60 minutes and shall only watch what promises to be a Concrete Ferronian experience (which be definition excludes 90% of the Tiger Awards Competition); TO1..., comrade Huber understood only too well.

Which made assigning the Donkeys pretty tricky, because:

a) Print quality. As already mentioned, the festival was sorely lacking in that regard; King Hu Jinquan's monument Shan zhong chungqi (Legend of the Mountain, 1979) in its original 3h+-version would have been our first choice but as it was screened only from video... (Still: What a masterpiece.)

A brief anecdote here. TO1..., comrade Möller was invited to this year's Midnight Sun Film Festival which spelled A–D-R-E-A-M–C-O-M-E–T-R-U-E for him—Finland, finally! After his 120 hours of happiness in Lapland, TO1..., comrade Möller stayed for a few more days in Helsinki, where Mika Taanila showed him Pieni Leffakauppa, a way cool second hand-DVD-store that offered almost everything his heart right then and there desired. At some point, the shop's owner looked at him more closely and asked, Did you go to Rotterdam this year? – Yep. – You also watched all the Red Westerns and Martial Arts films, right? – Yep. – Man, that's what it's all about: Red Westerns and Martial Arts films! – I hear you, brother!, upon which he vanished below the counter and came up with a gift: a DVD-edition of Mikko Niskanen's early combat movie Sissit (1963) that sports as a bonus de luxe the master's Hopeaa Rajan Takaa (1963), a lose, off-beat, somewhat comedic variation on the subject, with Spede Pasanen in one of his first film roles. Here's to a guy who understands what makes a Ferronian tick!

But back to the matter at hand. In the end, a Golden and a Silver Donkey came our way, as well as a creature we never encountered so far, the Dancing Donkey! 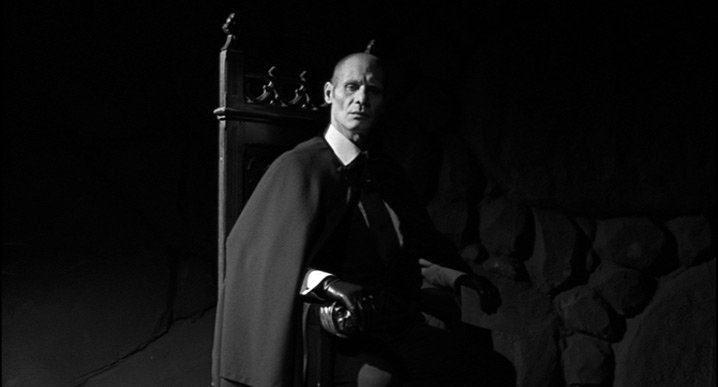 How could we not rejoice at the sight of an all-studio-shot arrière-garde riff on the cinemas of Val Lewton and Lew Landers which plays at times like a long-form music video, at others like campy gallery AV-art commonly encountered only in Kansk? How could we not weep with joy vis-à-vis the best donkey presence in long? How could we not be enchanted by the Human Orchestra that merrily croons to the beat of the Baron's baton? How could we not honor a Luso-Galactic revelation that proudly pronounces itself as being 2D and then proposes an aesthetic that would blow your mind when seen in 3D?

Headshots looks and plays like a dffb-film from the late 80s, early 90s, when the best and the brightest there—think Thomas Schultz, Wolfgang Schmidt, Irina Hoppe, Michel Freerix, Christoph Willems, Matl Findel...—cultivated a cinema that considered realism as an art of the possible. Headshots is like that: all about freedom in the way it moves, develops, brusquely refuses to add up in any conventional sense—raw, deviant AV-music, that.

The soundtrack of this messy miracle—a Go-for-Broke-cheap-ass-variation on Balabanov's core subjects and situations—sex, violence, Russian history—pimped up with perplexing minimalist-cum-cityscape-moviemaking-affectations—is nothing but visionary: For stretches on end, a Shubidubidubiduuuu-guitar-wall of easiest listening mooozak accompanies whatever happens in the image, doesn't matter if it's a white-hot chick walking down a blandly boring road for minutes on end or some nasty piece of work doing seriously sick shit to someone deserving whatever he gets. The result is, to say the least, mesmerizing and noisily disturbing. Where is the soundtrack single, vinyl, of course, with a B-side featuring a crypto-Musiikkivyöry'esque remix by Merzbow performed with first-generation walkman, dictaphone, cat-o'-nine-tails and rusty poker?