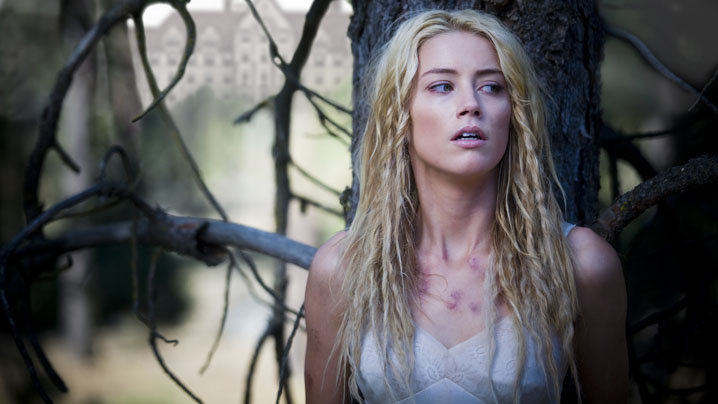 "Tight as a drum and plenty of fun, John Carpenter's first film in nine years is hardly a groundbreaker, but when the execution is this expert, why complain?" asks Tim Grierson in Screen. "Consciously old-fashioned in its approach, The Ward skilfully delivers exactly what one would imagine from a horror movie about five comely young women in a mental institution trying to outlast a murderous ghoul who haunts the hallways."

"I can't undersell what a huge thrill it is to see the words 'John Carpenter's The Ward' come up over the opening credits of his first movie in almost a decade, rendered in his signature font," writes Noel Murray at the AV Club. "Too bad the rest of the movie's so damned impersonal.... Nothing about The Ward has any special snap or stamp. The dialogue's never witty; the characters are indistinct; the movie's set in 1966 for no relevant reason; and the scares are strictly of the 'thing jumps loudly out of the shadows' variety."

"The real heartbreaker here, as with Dario Argento, is the laxness of visual style," finds Time Out New York's Joshua Rothkopf. "Where are JC's stem-winding long takes, his suspense-building montages, his quiet edits?... There's no sense of proportion here; everything is hyperbolic and huge, making Carpenter seem really old. He's even farmed out the soundtrack to another composer, Mark Kilian, a tragedy. I was hoping for some of the old-school synth stuff.... ehire one of your old DPs, Dean Cundey. Set up a call with Kurt Russell and Stephen King. Take your time. The next one will be better. Welcome back."

"Though not Carpenter's best work by a considerable margin, and though it had a tendency to recycle ideas from better films rather than really build its own, The Ward is still an effective and entertaining film," argues Twitch's Todd Brown. "With any luck this return to feature films after nearly a decade long layoff will prove to be a warm up to even bigger and better things in the future."

For Time Out Chicago's Ben Kenigsberg, "after the lead-footedness of what I saw of [Brad Anderson's] Vanishing on 7th Street the night before, it's a small pleasure to be in the hands a director who still knows how to build atmosphere and fill a frame."

The Hollywood Reporter's Borys Kit reports that Carpenter himself wasn't able to attend the premiere "because he was, and remains, stuck in Los Angeles doing jury duty!" Still, he sent a video message: "'I'm disappointed I can't be there tonight,' he said, sitting in what appeared to be a boutique hotel. Despite the downbeat nature of his predicament, he showed flashes of humor. 'If you see my castmembers after the screening, please give them money,' he said. 'If you see (the producers), please give them all your illegal substances.'"

Update, 9/16: Michael Rechtshaffen in the Hollywood Reporter: "While by no means a masterpiece of the form, John Carpenter's The Ward is an economical period piece that still effectively demonstrates what a skilled technician can accomplish in a single location (an imposing, creaky psychiatric hospital) with a compact cast (including Amber Heard and Jared Harris) and sturdy old-school effects (by Gregory Nicotero and Howard Berger)."

Update, 9/18: "As usual Carpenter uses the widescreen frame with aplomb, but pic suffers from too little character detailing (even if a late twist explains that), rote scares, and emphasis on a hectic pace over atmosphere," writes Dennis Harvey in Variety.