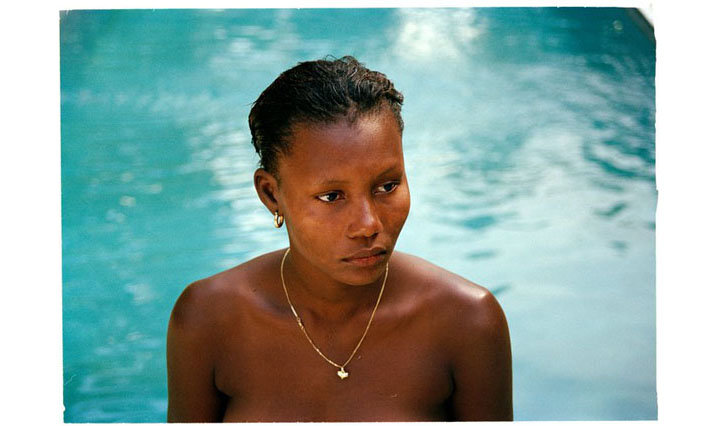 "Filmmaker/poet/aesthete-of-all-trades Jørgen Leth (perhaps best known in the states for collaborating with Lars von Trier on The Five Obstructions) here assembles over a decade of his intimate studies of women," writes the AV Club's Noel Murray, "some of whom were girlfriends, and some of whom were actresses he hired to re-enact one particular scene from an old love affair. His stated purpose is to 'frame the erotic,' by showing all different kinds of women in circumstances both sexual and casual.... This is an odd but beautiful movie, reminiscent in some ways of R Crumb's Art & Beauty (and, sure, Russ Meyer's Mondo Topless)."

"This semi-confessional effort by the Danish cultural institution (in addition to his filmmaking, Leth is a well-known football commentator, and for a time was the Danish ambassador to Haiti) is so startling in its lack of self-awareness," blogs Michael Sicinski for Cargo, "a critical viewer keeps thinking that it must, at some point, take a turn toward autocritique. But what we have is Leth's turgid poetic reverie about succulent nubile 20-year-old women, splayed naked across beds, in Haiti, Brazil, The Philippines, Senegal, Panama, you name it. If there are brown women there, Leth is dipping his wick and waxing nostalgic. Although the director does have an eye for Playboy-style tits-and-ass cinematography, Erotic Man is a colonialist project so blinkered it's more laughable than offensive."

"No walk-outs!" Leth exclaims at his blog. "Today a second screening, another full house. An even warmer atmosphere, people laughing in all the right places, they get it."