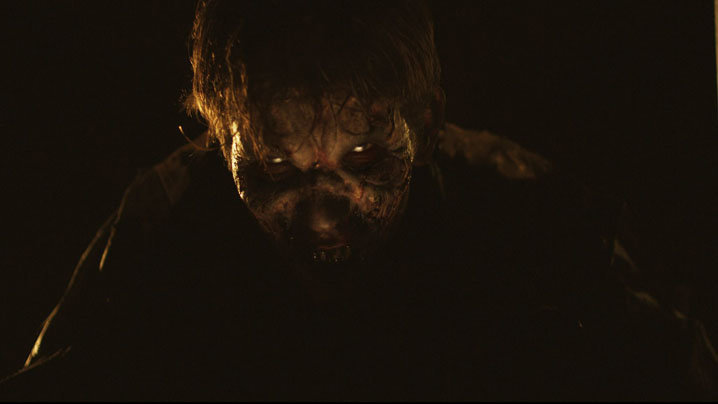 "Fundamentally nuts, Jim Mickle's Stake Land is essentially a movie about people running away from vampires," blogs Grady Hendrix. "And that's it. But it explores the idea of people running away from vampires so thoroughly that it blows away lots of the ostensibly more ambitious films also playing at the Toronto Film Festival simply through the purity of its ambitions and the rough, redneck energy of its filmmaking. This is a film that is totally comfortable with being a b-list, genre flick, a straight-up shot of exploitation moonshine with no chaser and as such it is the best movie it could possibly be. Just think of Jim Mickle as an American Neil Marshall (The Descent, Dog Soldiers) and you'll have an idea of what you're in for."

"Set in a post-apocalyptic world midway between Zombieland and The Road, the genre-enlivening Stake Land is a highly satisfying low-budget horror-thriller," writes Alissa Simon in Variety. "Making strong use of Western iconography and conventions, this road movie follows a man and a boy seeking the perhaps apocryphal safety of New Eden, fending off ravenous vampires as well as crazed fundamentalists along the way."

"Jim Mickle and Ryan Samul have shot one of the most beautiful looking horror films I have seen in a while," writes Andrew Mack at Twitch. 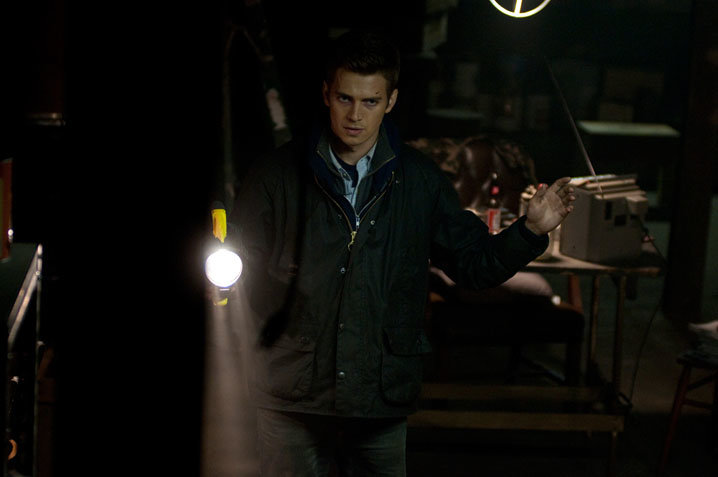 "The adage 'don't be afraid of the dark' would provide little comfort to the few unfortunate souls who are among Earth's last living humans in director Brad Anderson's enjoyably unsettling thriller Vanishing on 7th Street," writes Tim Grierson for Screen. "Re-imagining the apocalypse as an encroaching darkness that evaporates people in its path, this chamber piece bears a striking resemblance to George A Romero's original Night of the Living Dead but prefers creeping unease to outright horror."

Stephen Saito at IFC.com: "Hayden Christensen (in one of his best performances to date), Thandie Newton, John Leguizamo and the young Jacob Latimore star as a group of strangers who are drawn towards the light of a speakeasy after an unexplained power outage leaves Detroit, and likely the rest of the world, cloaked in darkness that disappears anyone who isn't holding a flashlight, a lighter or something that can keep away the shade. The film plays out almost like a small-scale version of I Am Legend, minus the CG zombies and putting in their place the creepier echoes of the unknown in the shadows to terrorize the quartet as they escape onto the empty streets around the bar, a safe haven thanks to its persnickety power generator, to try and find a way to prolong their lives and not evaporate into the piles of empty clothes they see around them."

It all adds up to "a curious lack of shivers" for Rob Nelson, writing for Variety. "[T]he threat of suddenly disappearing — evidently without pain — is a purely existential one the pic doesn't begin to probe, paling beside the countless other survivalist thrillers it evokes." For Kurt Halfyard, writing at Twitch, "this one has a little staying power for its sheer portentousness." 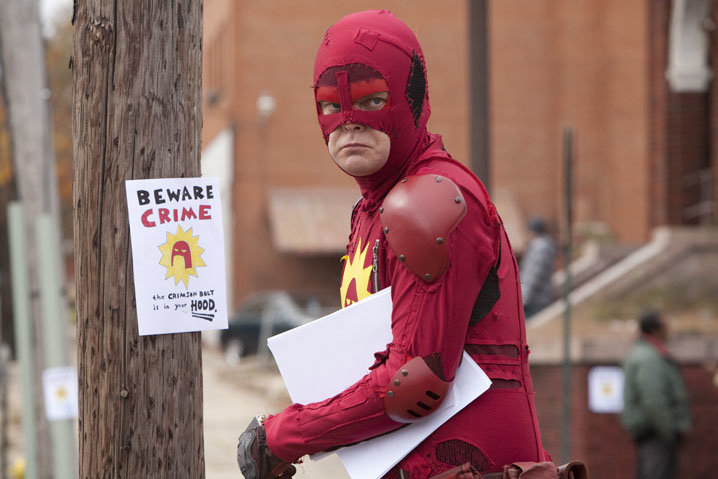 "The superhero genre has been so worked over that I can think of four movies off-hand — Kick-Ass, Defendor, Special, and the new Super — about ordinary people who decide to fight crime in silly homemade costumes." For the AV Club's Scott Tobias, James Gunn's Super "stands out from the pack for its brash, spiky, horrific real-world violence, which is a nice antidote to the more conventional, comic-book-y (and yet still grotesque) kind found in Kick-Ass."

"Inspired by a masked avenger on evangelical TV to don his own suit and facegear, Rainn Wilson stars as a sad sack who sets out to murder criminals and rescue his estranged wife (Liv Tyler) from her druglord flame (Kevin Bacon, who's never before delivered a performance so worthy of that last name)." Time Out Chicago's Ben Kenigsberg: "Instead of Hit Girl, the movie features a likable but demeaned Ellen Page as a 22-year-old comic geek who becomes Wilson's sidekick; when these two are on screen together, not even propane could make sparks fly. Chockablock with ugly vidoegraphy and haphazardly staged to the point where almost all the cars lack license plates, this is just flat-out sloppy filmmaking — oblivious to tone and finally muddled in its last-ditch stab at earnestness."

"Clearly," argues Michael Sicinski for Cargo, "the fact that power is faceless and bureaucratic in this country produces the sense that only extraordinary gifts (or being a maniac) permits individual democratic participation, or just being noticed. Or, too many boys are geeking out on the Internet." 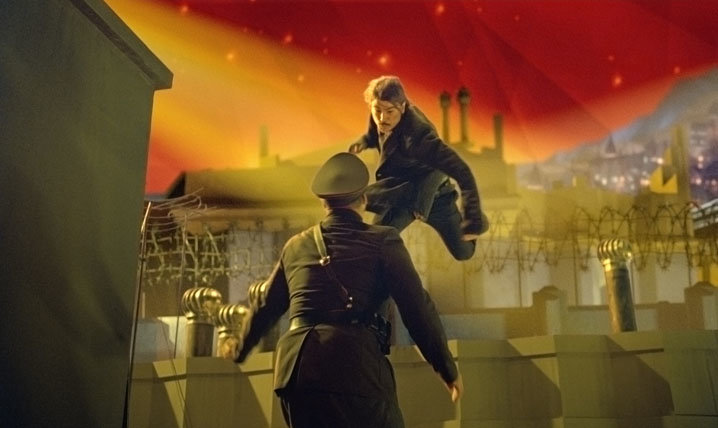 "Not half as cool as it thinks it is, Bunraku flaunts style and attitude, but without any characters to latch onto the film quickly becomes an empty exercise in hyper-adrenalized genre filmmaking," writes Tim Grierson in Screen. "Though buttressed by a name cast that includes Josh Hartnett and Woody Harrelson, writer-director Guy Moshe has concocted a self-consciously artificial 'movie movie' in which every shot, idea, or line of dialogue feels borrowed from earlier films or other forms of visual art like graphic novels."

For Twitch's Todd Brown, it "plays like the bastard child of Seijun Suzuki and the Wachowski Brothers with a dose of A Clockwork Orange, a dash of classic movie musical, a healthy portion of film noir and a moderate splash of video game and comic culture thrown in. Moshe is clearly aiming high which makes it a bit hard to be too critical of the film for not achieving its lofty goals but the simple fact is that the disparate influences struggle to mesh together and the film suffers from following so close behind Scott Pilgrim Versus the World — a picture that does a much more satisfying job of melding comics, kung fu, musical and video game cultures."

The film "accomplishes everything it sets out to in tech and design terms," concedes Dennis Harvey in Variety. "Still, no amount of wrapping can fill Bunraku's empty package, and its delayed status (primary shooting purportedly ended more than two years ago) suggests a salvage effort made in vain."

"Terry and Dean, the hapless Calgary hosers who made Fubar a Canadian comic sensation, are up to equally manic business in Fubar II," writes Robert Koehler for Variety. "With eight years between projects, and director and co-writer Michael Dowse making It's All Gone, Pete Tong in the interim, the sequel nevertheless maintains and often improves on the original's scruffy humor, quasi-doc style and blue-collar affections as the guys land jobs in Alberta's oil sands region." Todd Brown at Twitch: "For those who have not seen the first film, have no fear: Fubar II requires no prior knowledge of Terry and Dean to enjoy it to the full. It requires only the desire to rock hard while drinking large quantities of cheap beer." Mark Olsen reports on the premiere for the Los Angeles Times. 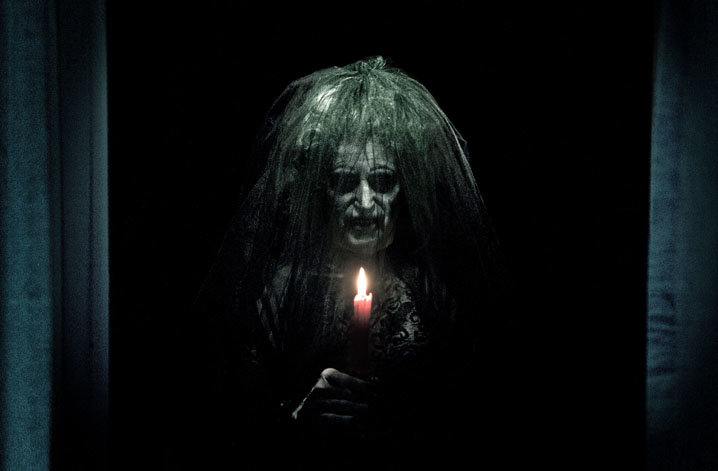 "James Wan launched the Saw franchise, then watched his next two non-Saw movies bomb at the box office," writes Grady Hendrix, introducing his interview for Vulture. "But his low-budget haunted-house movie, Insidious, which was shot in 22 days, just received a riotous reception at the Toronto International Film Festival's Midnight Madness program. Following an all-night bidding war it sold to Sony Pictures Worldwide in a seven-figure deal." In Variety, Rob Nelson finds this "possession thriller less terrifying than fun." Insidious "flaunts an adequate measure of the duo's trademark borderline-camp humor while channeling as if by Ouija board the unholy likes of The Exorcist and Paranormal Activity (whose director Oren Peli serves here as a producer)." More from Alex Billington (FirstShowing) and Allan Hunter (Screen).

Chris Bilton for Eye Weekly: "In his directorial debut, Wuershan throws every possible style of filmmaking at the screen as a sort of elaborate visual résumé — which makes an impression, for sure, but means that The Butcher, the Chef and the Swordsman is really only memorable for its twitchy incoherence." Writing for Variety, John Anderson agrees, but for Kurt Halfyard at Twitch, all the tales within tales are reminiscent of Wojciech Has's The Saragossa Manuscript, and in a good way. "The film may borrow liberally from Stephen Chow, there are many direct lifts of story points from Pixar's Ratatouille, and a cock-fight-gone-wrong which recalls the opening sequence of City of God, but these things are so easily forgivable for how much (and how clearly) Wuershan can squeeze so much in to 95 minutes." Shelagh M Rowan-Legg in Little White Lies: "It's bonkers."

"A pregnant woman loses her baby when she's the victim of a hit-and-run driver, then unknowingly falls for the perpetrator of the crime in the unconvincing drama The High Cost of Living, a first feature from Canadian helmer-writer Deborah Chow," writes Alissa Simon for Variety. "Although there are moments when lead thesps Zach Braff (Scrubs, Garden State) and Isabelle Blais just about pull off the implausible conceit, the pic still suffers from major problems of tone as well as stilted camerawork and editing." 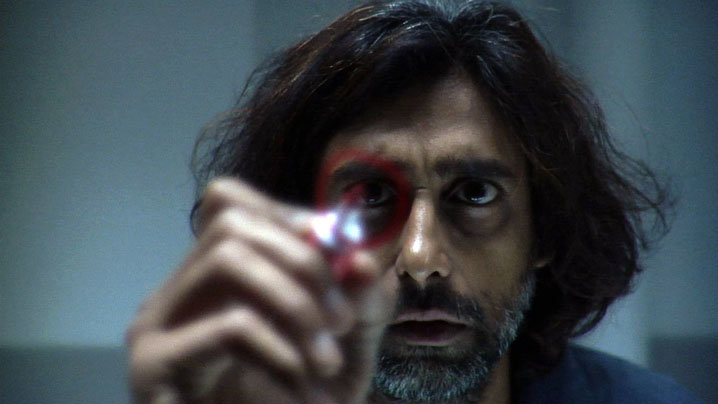 For the AV Club's Noel Murray, Daniel Cockburn's You Are Here "is a non-narrative film that plays like a string of short dreams — interspersed with heavy analysis of those dreams — but while it's often highbrow, it's never dry. Fans of Schizopolis and Waking Life in particular should appreciate what director Daniel Cockburn is up to here, mixing media and styles and scenarios, illustrating his ideas in ways that... keeps the audience on its toes by giving us something to follow." More from Todd Brown and Kurt Halfyard at Twitch; earlier: Adam Nayman's interview with Cockburn for Cinema Scope.

Andrew Long at Twitch on Ryan Redford's Oliver Sherman: "This is independent filmmaking that punches way above its weight, and it earns every ounce of its very considerable suspense. Though we know that the troubled drifter with the scarred head can only bring discord, Redford constructs the film's exceptional tension with surgical precision."