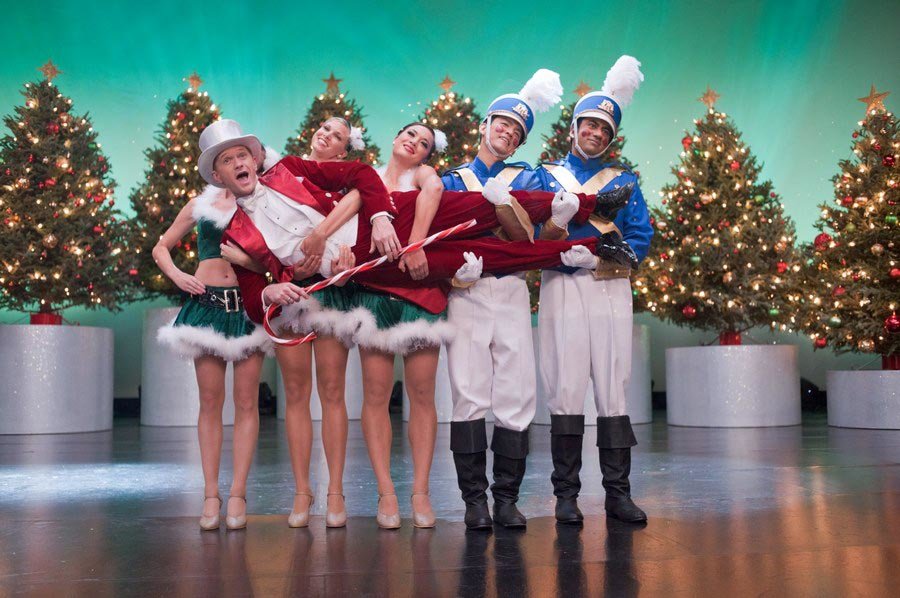 "Don't laugh if I predict A Very Harold & Kumar 3D Christmas turns out to be both one of the most earnest and subversive studio releases of the season," writes Bilge Ebiri at Vulture. "The two concepts are not unrelated. This franchise has always had a dissident streak: The first film was mostly predicated on the novelty of an Indian and a Korean being stoner buddies, and the second attempted — and failed, but in a good-hearted, not-very-ambitious way — political digs at the War on Terror and George W Bush. This one starts with Harold (John Cho), now gone fully corporate, watching a gaggle of protesters outside his Wall Street office. Though this lucky bit of OWS topicality goes nowhere, the movie quickly turns its attention to Christmas, which as the conspiratorial War on Christmas has made clear, can be turned to political ends if need be."

"Thank goodness that the third film featuring postmodern, not-exactly-post-racial college-rock-answers-to-Cheech-and-Chong characters Harold and Kumar (whose attack of the munchies led them on a desperate search for a White Castle and resulted in perhaps unwitting franchisedom back in 2004) has come along to make me laugh at substance abuse again," writes Glenn Kenny at MSN Movies. "Not just at substance abuse, but at cheesy 3D effects, Christmas commercialism, teen sex, various egregious racial stereotypes, the increasing metafictional peculiarities of Neil Patrick Harris, and more. Coming in at a trim 89 minutes, A Very Harold & Kumar 3D Christmas not only lives up to its title to the power of 10, it also serves up a veritable holiday smorgasbord of remarkably inappropriate humor…. The movie really wants your inner prig to protest 'that's not funny' at some of the edgier jokes. What can I tell you? Not only did I laugh, I was finally convinced that the film's heart, such as it is, was in the right place. And I guarantee it's the only film you'll see this year to feature an entirely convincing 3D cocaine snowstorm."

"Penned with surrealist wit by series creators Jon Hurwitz and Hayden Schlossberg, and helmed with zany panache by director Todd Strauss-Schulson, this latest saga overflows with inspired craziness, doling out an all-night odyssey of sex-centric crises, death-defying conflicts, and Neal Patrick Harris-centered insanity with snowballing momentum, as bits pile on top of bits with intoxicating verve," writes Nick Schager in Slant. "The sheer wealth of gags inevitably leads to some groan-worthy misfires (particularly a Ukrainian mobster subplot and a diner sequence featuring Harold and Kumar's Jewish pals), but propulsive pacing is key to keeping the atmosphere energized, as does the film's pitch-perfect use of its central special effects. Be it Harold's work colleague trotting out a glasses-required flat-screen TV ('It makes Avatar look Avatar-ded!') and then ridiculously pointing at the audience for maximum stuff-sticking-out stupidity, or a host of moments involving projectile semen, cascading confetti, and floating smoke rings, 3D is treated as it should be — namely, as a laughable gimmick that, when utilized properly, can nonetheless deliver a dim, immature, sensory buzz."

Updates: Hurwitz and Schlossberg at Vulture on writing the screenplay. And Jen Yamato talks with Cho for Movieline.﻿

For news and tips throughout the day every day, follow @thedailyMUBI on Twitter and/or the RSS feed.﻿﻿﻿﻿﻿