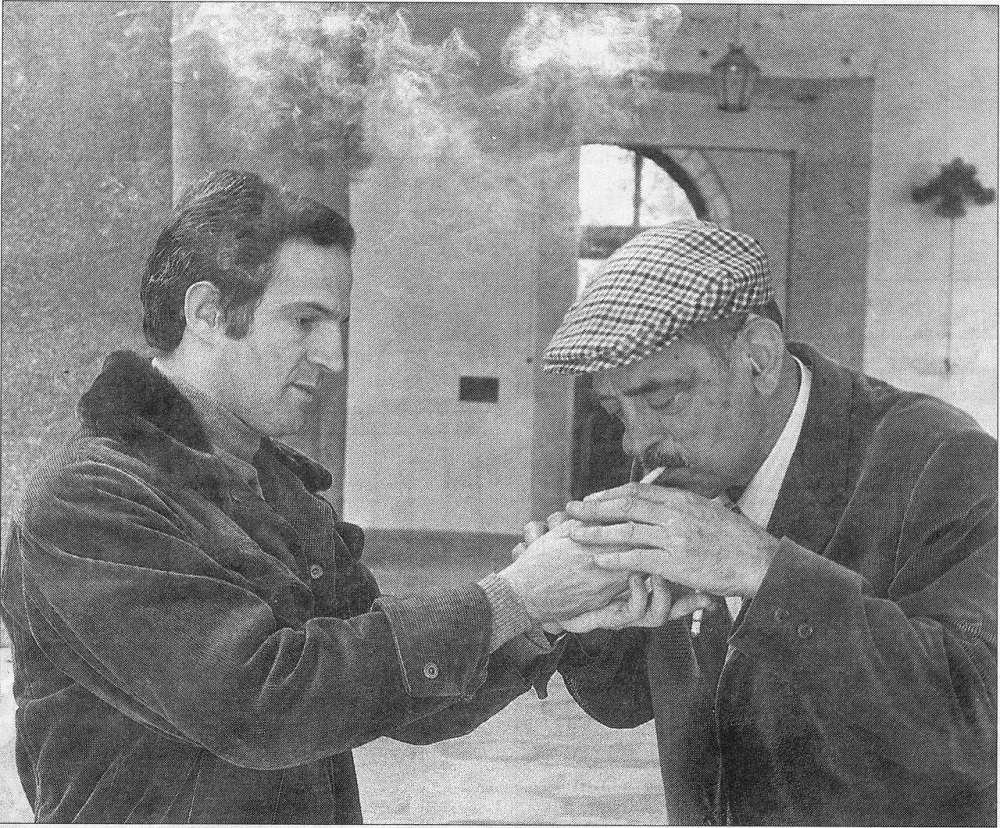 François Truffaut was a big fan of Luis Buñuel films; he had always admired him as one of the greatest auteurs of cinema and in fact they managed to meet each other many times, starting in 1953. But before talking about their meetings, let’s see what Truffaut has said and written about Buñuel.

In his book The Films in My Life, Truffaut wrote: “Luis Buñuel is, perhaps, somewhere between Renoir and Bergman. One would gather that Buñuel finds mankind imbecilic but life diverting. All this he tells us very mildly, even a bit indirectly, but it's there in the overall impression we get from his films.”1

Truffaut also met Buñuel in 1957 when he and Jacques Rivette were doing a series of interviews. In addition to that interview request letter, Truffaut wrote letters, or at least one, to him dated 1963 and closed it as follow:

“I have heard from Jeanne Moreau that your shoot is going very well and I greatly regret not being able to come and visit you. When you have finished, it would please me very much to have a chat with you and I am impatient to know how you feel about working with Jeanne, in view of the conversation we had several months ago on the terrace of a cafe at Saint-Philippe-du- Roule.”2

Truffaut met Buñuel many more times, even for casual talks. He wrote about one of these meetings on June 4, 1954 after watching Buñuel’s movie Robinson Crusoe.

“Doniol [Jacques Doniol-Valcroze﻿] and I meet Buñuel in the Elisian 'Select.' A survey that I am carrying out on some film directors brings me to ask them the indiscreet question about never-to-be-proposed films since they are impossible to shoot. 'I can say so,' says Buñuel ﻿, 'because I know that I will never be able to shoot it. It would be a rather realistic movie, but the characters would behave like insects: the heroine like a bee, the priest like a beetle, etc... it would be a film about instinct.' To Doniol, who questions him about El, he declares: 'We had a good time shooting El, we never stopped laughing.' Comparable to Renoir's words: 'One has to have a good time while making movies; that is very important.'”3

On another occasion they met in 1966, when Buñuel was making Belle de Jour. Truffaut was completing Fahrenheit 451 when the brothers Robert and Raymond Hakim offered to finance his next film, provided he cast Catherine Deneuve in it. The actress was working with Luis Buñuel at the time on Belle de Jour, a Hakim production. Truffaut was invited to view some rushes and have a lunch with her. It is possible that Truffaut and Buñuel met at the time of watching the rushes since the two were friends. Truffaut was won over by Deneuve and they made Mississippi Mermaid in 1968.

The above photo was taken in 1969. In October and November 1969, Truffaut spent several weeks in Toledo, Spain, where Cathrine Deneuve was filming one of her best roles, Tristana, directed by Buñuel. Truffaut stayed at the El Marron Hotel, taking advantage of his vacation to work on the script for Bed and Boards. Truffaut and Deneuve had developed a love affair during that time and possible Truffaut frequented Tristina filming setting many times and chatted with Buñuel﻿.

Truffaut wrote about this in The Films in My Life: “Once, when I had gone to Spain for a film premiere, I decided to go on to Toledo, where Buñuel was shooting Tristana. I knew he regretted not having brought along some cartons of filter Gitanes, which he prefers to Spanish tobacco, so I was doubly welcome on the set, where a particularly interesting scene was being blocked out.”

He interestingly wrote there that Buñuel was nervous doing a scene in which Tristana led a boy to her bedroom. “As I watched this scene being shot, I thought of an interview Buñuel had given me in 1953 , the first time I'd ever interviewed the film director. Replying to a question about whether he had ever imagined a film that would be impossible to make, he told me, 'I'd answer no, but I can tell you about a film I dream about because I'll never make it. It's inspired by Fabre's work. I would invent the same kind of characters as in my usual films, but they'd each possess the characteristics of certain insects. The heroine would act like a bee, the hero like a beetle, and so on. You see why the project is hopeless.'”4

In the picture, Truffaut is lighting a cigarette for Buñuel; it’s possible they then talked about women: another thing besides Deneuve that made them and their movies closer.

(Thanks to my friend Armin Ebrahimi for sharing this picture on his Facebook page and initiating the idea to find more about Truffaut and Bunuel meetings.)﻿